The end of the line for the beans

This past weekend finally saw the demise of my garden's star performer of 2012 - the Runner Beans. Normally I would expect that by the first week of November the plants would be almost bare of leaves, and that any remaining leaves would be brown or yellow. Not so this year: 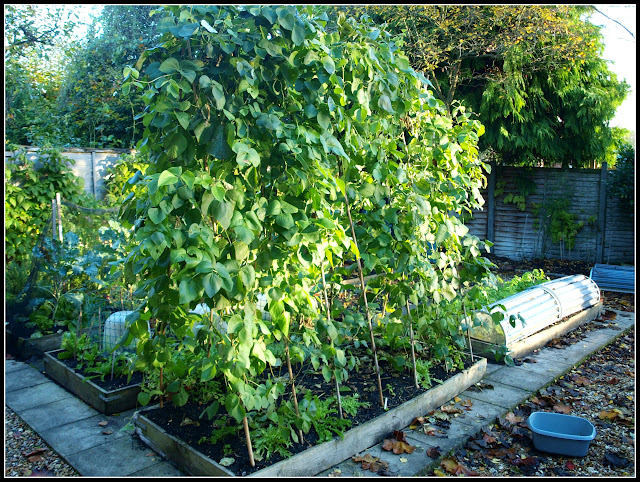 I even managed to pick a few more pods as I took down the plants. They are mostly pretty immature, but still edible. Maybe they will be so tender I won't need to "string" them (cut the edges off prior to cooking), which is always a very time-consuming task.. Here you can see them alongside some of the "Turkey" chillis from my plants in the garage. 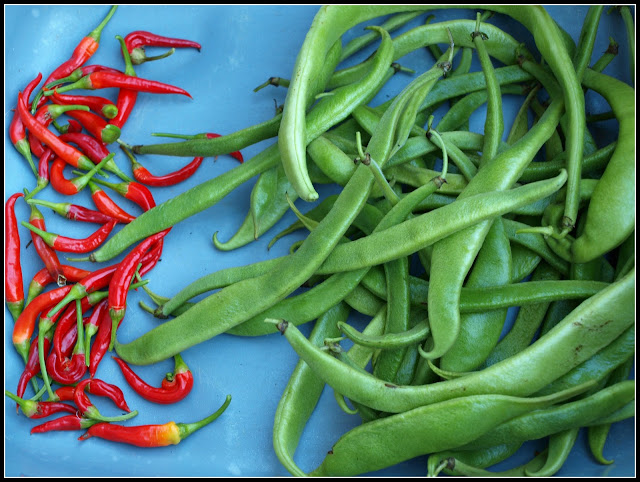 Taking down the beans and their supporting structure of canes is a job for a calm dry day if possible. The tangle of bean-stalks takes a fair bit of sorting out, and this not at all pleasant if they are soggy! I'm happy to say I got it right - on Saturday when I did this job it was dry and even sunny at times, but on Sunday it was pouring with rain.This year the bean stalks and foliage have joined the Asparagus fern etc in my new raised bed, where they will rot down over the next few months. Since I am not planning to plant anything else in this bed for a while, I have left the roots of the Runner Bean plants in place, where their Nitrogen-fixing nodules will help to nourish the soil for the next crop. 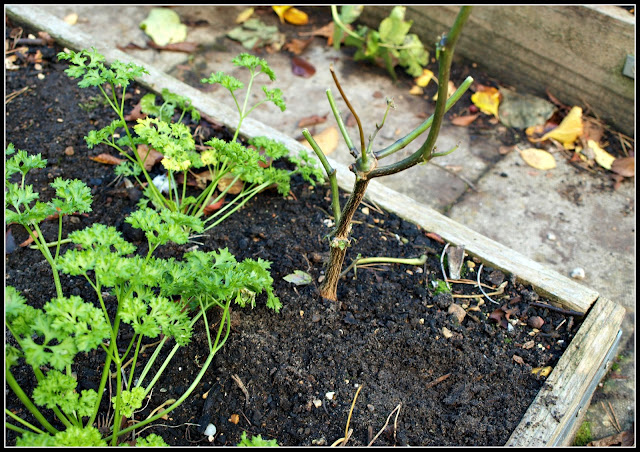 The few plants left in the bed are some Parsley and about a dozen small Endives. I bet they'll be glad to be getting some more light now! 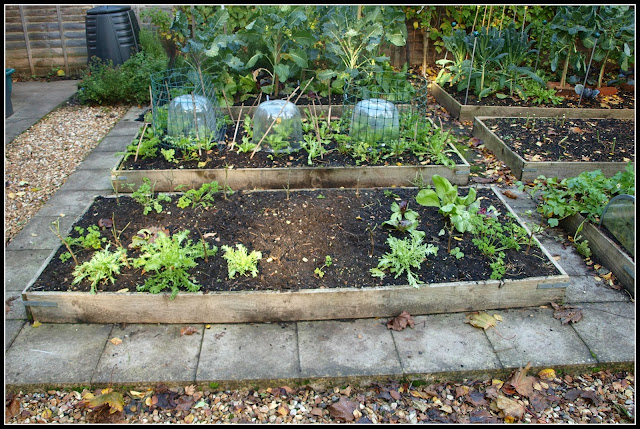 Meanwhile, after a wipe down, the 8-foot bamboo canes have gone into the garage to dry out thoroughly before coming back into action next Spring. I find that if you look after your canes they will last for at least five years, possibly more. What I would dearly love of course is a set of Hazel boughs instead of the canes. They would have a rustic cottage-garden look to them, which would be very attractive to me, and I also think that the beans would grip the rough surface of the wood better than the shiny surface of the bamboo. Maybe one day...

The "Cobra" climbing French Beans have gone the same way as their cousins. A much smaller task here: 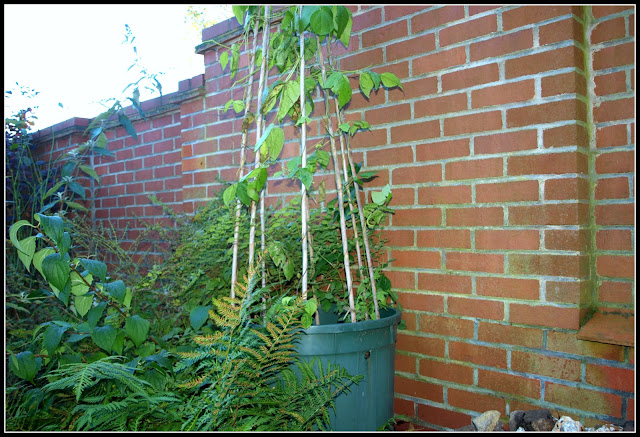 The Cobra beans didn't do very well in this site, which was too cold for them and didn't get enough light. I shall put them somewhere different next year. In the past I have found Cobra to be very prolific, producing a multitude of very large pods, and they are one of the vegetable varieties I have grown most often  - probably in at least 15 out of the last 20 years.