I have harvested the first two of my Radicchio this week. They are not particularly fine specimens, but they needed picking. They are each about the size of a tennis-ball. Fortunately Radicchio is generally very tightly-packed, so this is actually a worthwhile quantity. 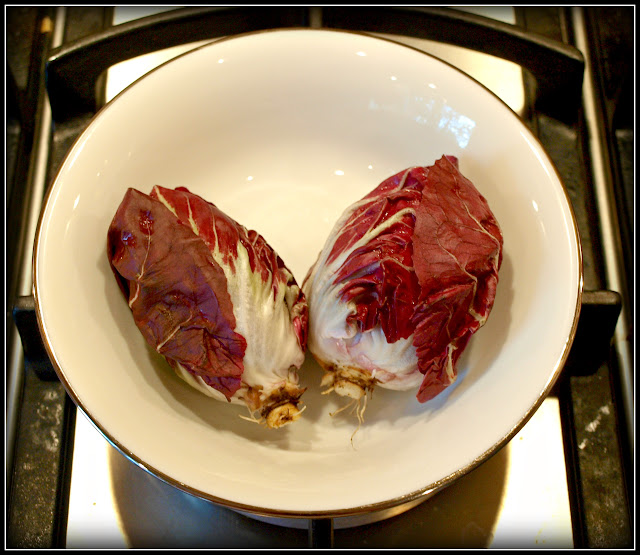 They have been growing underneath the Purple Sprouting Broccoli so they have not really had as much light as they should have done - and probably not as much in the way of nutrients either, because the PSB will have outclassed them. 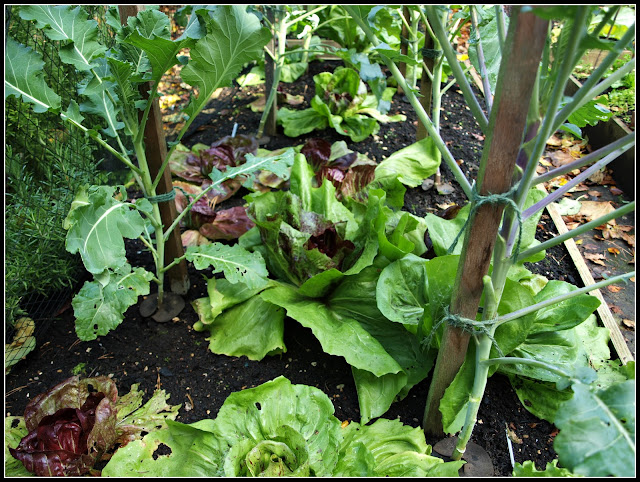 I would love to be able to devote more space to my Radicchio, but they always end up doubling-up with something else, because the time for planting them is in late Summer when the beds are still full. I suppose in a way it is good that their growth is restricted, because this means that they produce small heads that get used up quite quickly rather than hanging around in the fridge part-used. We bought a huge, incredibly tightly-packed head of Radicchio from our local Farmers Market some weeks ago, and it is still not completely used! I'm amazed that it stays in good condition so long.

When Radicchio is mature, the big loose outer leaves begin to die off, leaving the heart exposed, like this: 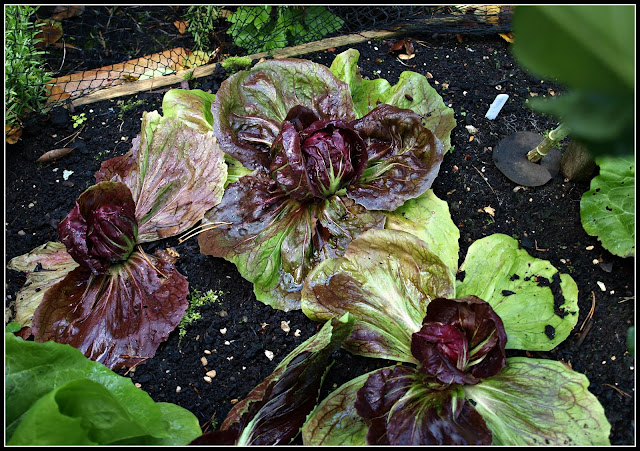 At first sight, this plant looks beyond redemption, but it definitely  isn't. It produced one of the hearts shown in the first picture in this post. I just had to strip off a lot of outer leaves. 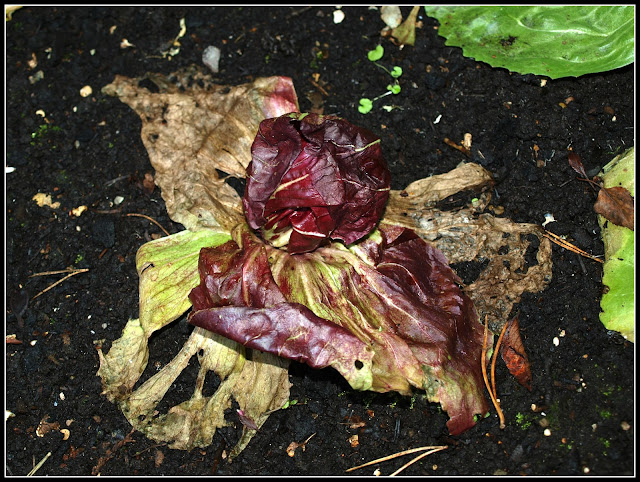 We like to eat Radicchio raw, in salads like this one, which includes oranges, walnuts, and some Witloof chicory (aka Belgian Endive, confusingly) 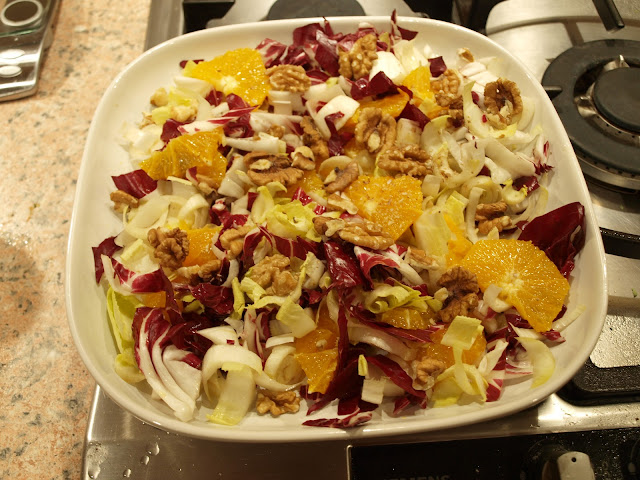 The sweetness of the oranges nicely complements the tart flavour of the Radicchio. 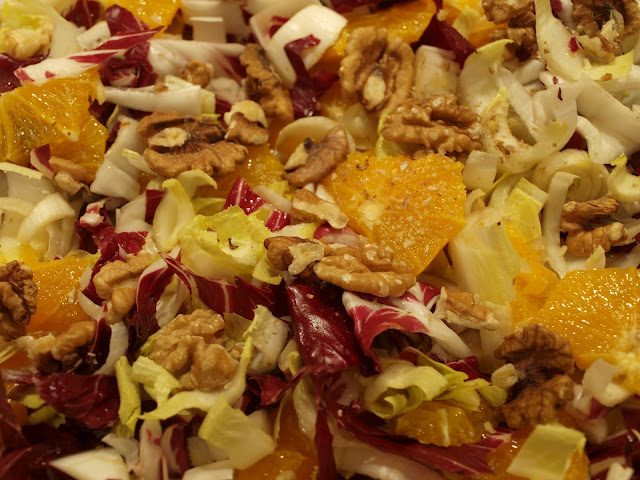 We have occasionally had Radicchio cooked - for instance in risotto - but we don't rate it very highly. It loses most of its colour when cooked, and ends up looking rather grey and unappetising. Who else out there grows Radicchio, and how do you eat / cook it?

To finish off today I want to show you some of the other chicories that are approaching maturity: 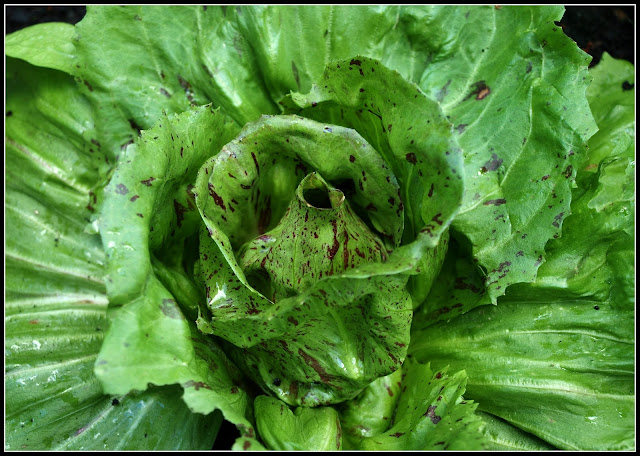 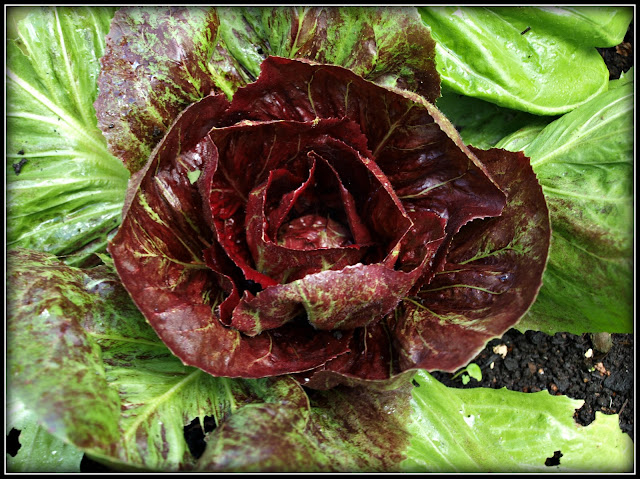