My harvest this past week has been very modest. In fact I think I will probably not be putting forward any more entries for Daphne's Harvest Monday for the next few months, since most of my veg garden (with the exception of the brassicas) is now dormant.

I did however harvest a couple more Radicchio, one of which was a fairly respectable size: 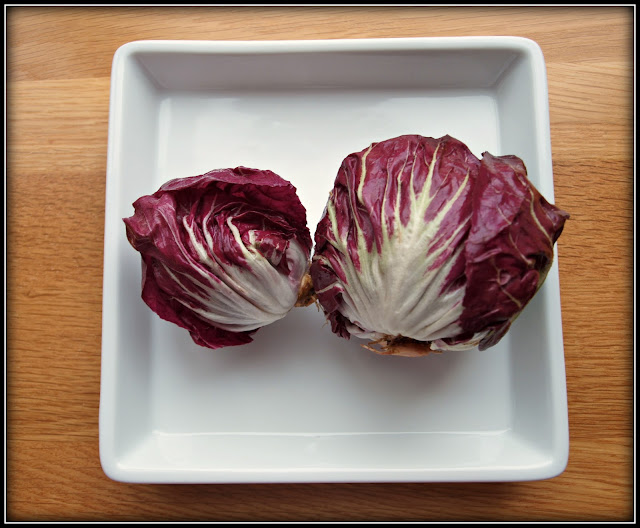 I have a lot of Endives in the garden too, and they get used in most of our salads. The Autumn here has been relatively mild (though very wet), so they are still growing. Often I find that they stop growing about the beginning of October and them just concentrate on surviving. This year I have quite a few of them under cloches, so hopefully I will be able to extend their harvest period even more.


Does this qualify as a harvest? (Scraping the bottom of the barrel here!) 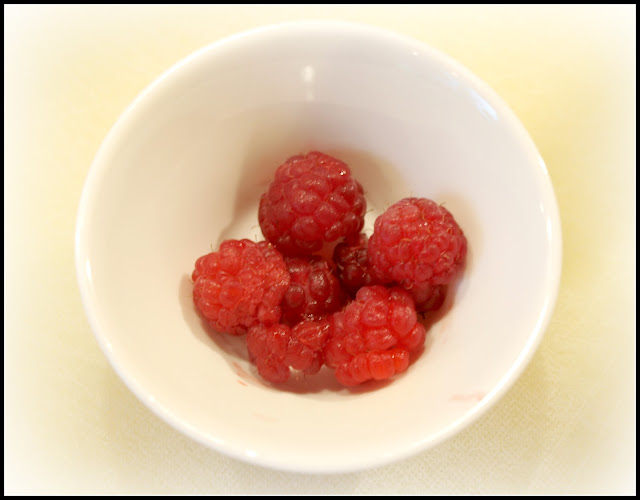 That must surely be the last of the "Autumn Bliss" raspberries. In any case, it's about time I cut the canes down now. I usually do this in two stages: once in late Autumn, to reduce the height of the canes to about 3 feet (this stops them getting blown around too much in Winter gales and rocking the roots); and then once more in late Winter (end of Feb?), when I will cut the canes down to ground level, making space for new canes to grow.

P.S. Although I may not be participating much in Harvest Monday for the next few months, I'll still be blogging (mostly about food and cooking), so please do stop by my blog once in a while to see what's going on. :-)
Posted by Mark Willis at 16:00