Many parts of the UK have been affected by appalling weather conditions over the last few days (weeks? months?). Heavy and prolonged rain has fallen on already saturated land, and has been unable to drain away because the rivers are swollen beyond bursting point. Fellow blogger and allotment-holder Rooko, who lives in Somerset, has been very seriously affected, and has graphically described the difficulties of gardening in these conditions, on his blog Don't Lose The Plot.

Here in North East Hampshire (about 35 miles from London) we have got off comparitively lightly, but even we have had some pretty foul weather. Last night the heavy rain was accompanied by strong winds. This is the sight that greeted us this morning: 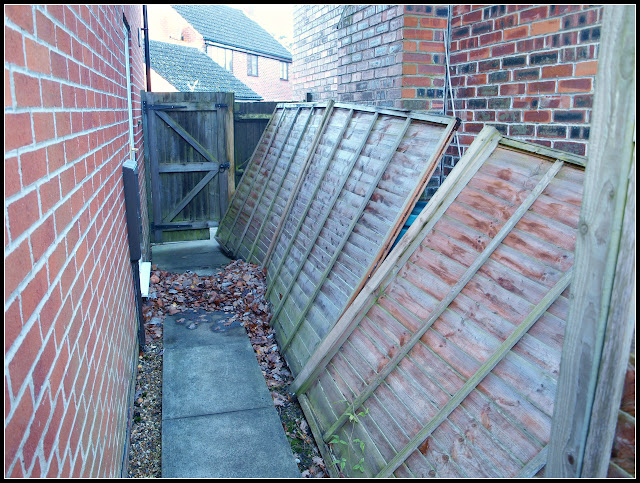 That's my back gate you can see... Fortunately (for me, not him), those larch-lap panels are my neighbour's, not mine. Three panels down and two posts busted. This type of panel is a mixed blessing: lightweight, cheap, quick to erect, but they have a lot of wind-resistance and are very vulnerable in a storm. These particular panels may be re-useable, but the posts aren't, because they have snapped off at ground level. 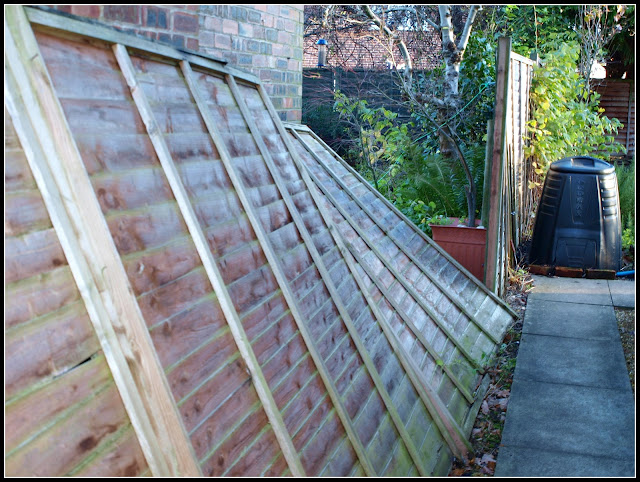 Look how the wind has arranged a pile of leaves right outside my back door: 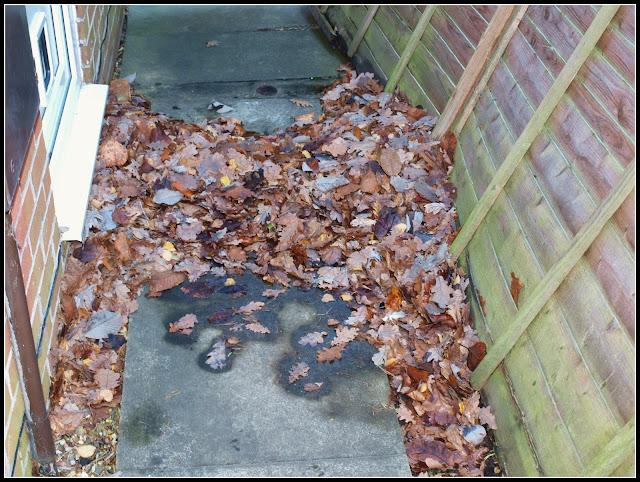 They'll probably be inside my leaf-mould bin before very long!

Elsewhere, in the grounds of the new insect hotel, the wind has also been doing a bit of "landscaping". A pile of twigs has spontaneously appeared. These are Birch twigs from across the other side of the road. I'm sure they will make a fine Winter habitat for some sort of creature. 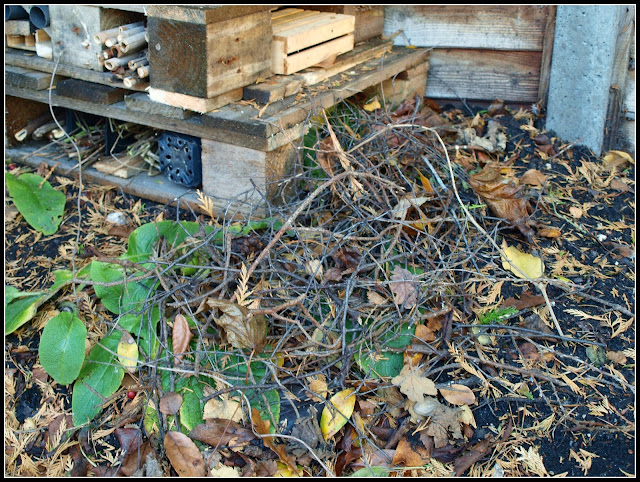 I would like to express my sympathy for less fortunate people in other parts of the country, who have much more serious damage to contend with. Let's all hope that the weather abates soon.
Posted by Mark Willis at 16:00