Some plants produce a single harvest. If you pull up a carrot, that's it; finished. But some plants keep giving you more, and keep on going until the weather beats them. I cite as an example the chilli. I think many chilli-enthusiasts will join me in saying that 2016 has been a really good year for chillis, and this is mostly because of the weather - specifically the long spell of mild and frequently sunny weather during September and October.

Normally by the end of October my chillis are all-but finished, but look at this: 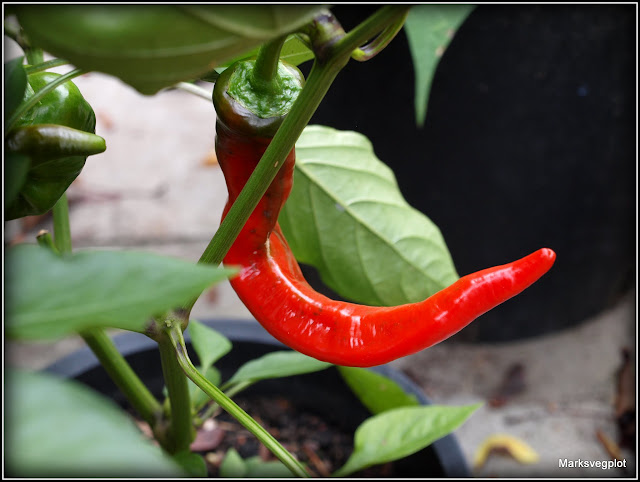 This one is a little bit more *backward* - but notice how green the leaves on this plant are still. 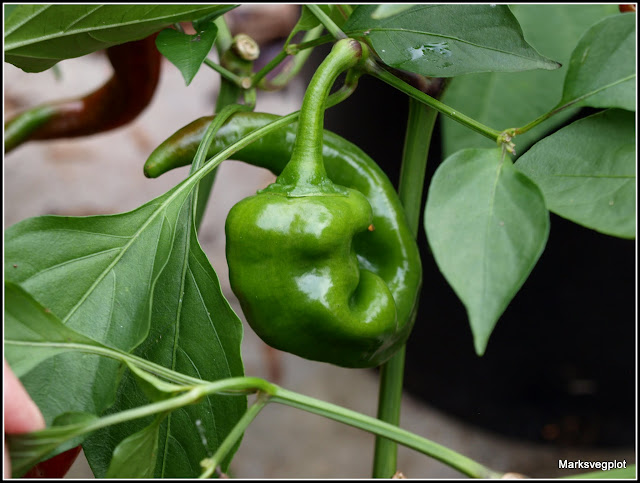 This one is "Lucifer's Dream, Red". You could be forgiven for thinking that it is "Past it". 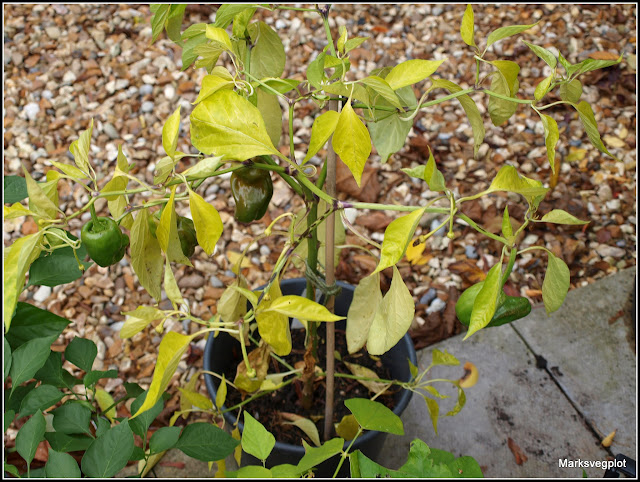 The leaves are clearly going yellow (and dropping off quite rapidly), but when you look closely you see there are still several big fruits on it, and they are definitely turning colour now. Once they turn from green to brown, they are "Nearly there". It would certainly be premature to get rid off this plant. 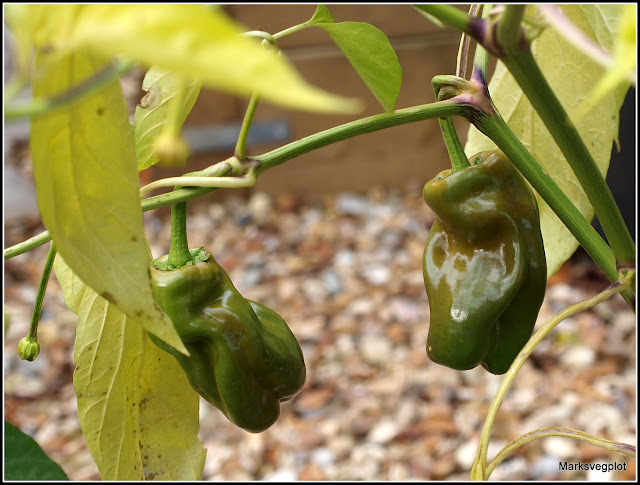 In similar fashion, I want to praise the bean family. Bean plants seem to "counter-attack" when you pick their pods. They do their utmost to produce more. The urge to reproduce is evidently strong!

As you know, I have a couple of pots with Dwarf French Beans in - 3 or 4 plants in each. 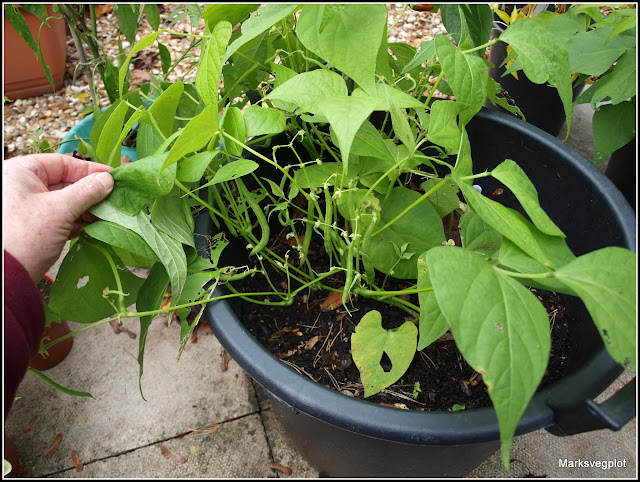 These ones are definitely not Done. With the continuing mild weather they keep on pumping out the pods. 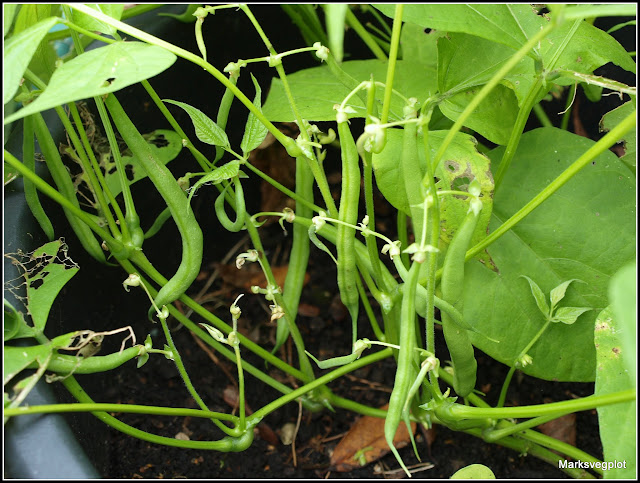 Having had a below-average year for Runners and Climbing French Beans, I'm very glad to have this modest late crop of Dwarf Beans to extend the season.

I'm also listing here the Beetroot. This year I sowed my "Boltardy" beetroot very thickly - in fact I thought it was probably too thickly - and it was in its early stages completely overshadowed by some rows of peas. Despite this, it has done surprisingly well. As I mentioned in several of my posts, it has matured successively, little by little. This suits me just fine, because we never want to eat huge quantities at any one time. 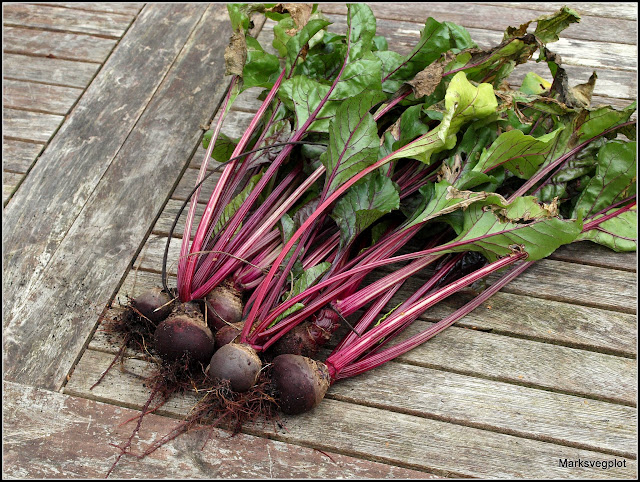 These photos of beetroot were taken yesterday, 27th October, and I'm sure there will be more to follow in the next few weeks. This means that beetroot from a single sowing will have been on our menu for over four months!


Every day I look at the 10-day weather forecast, and there is no forecast of frost yet, despite the fact that November starts on Tuesday. My Parsnips are safe for the time being then!
Posted by Mark Willis at 12:00