You might remember that back in August Jane and I went for a short break in the Cotswolds, officially to celebrate Jane's birthday. The hotel where we stayed was really very bad indeed, and we made a complaint to the people through whom the accommodation had been booked (I'm not going to mention any specific names here, but the name of the company sounds as if it is to do with buying gifts, if you get my drift...). After a bit of a battle of words, we finally got them to compensate us by providing us a voucher for another mini-break. This time we decided to opt for a one-night break, but a very special one - the sort of "Luxury Break" we had originally hoped for. 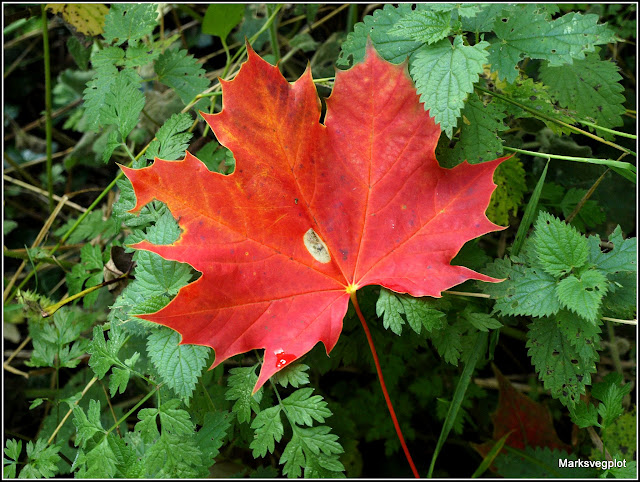 We chose to return to the Cotswolds, which is an area we both love, and which is only a 90-minute drive from where we live. We booked in at The Slaughters Country Inn, in the extremely picturesque village of Lower Slaughter, about 5 miles from the town of Stow-on-the-Wold. 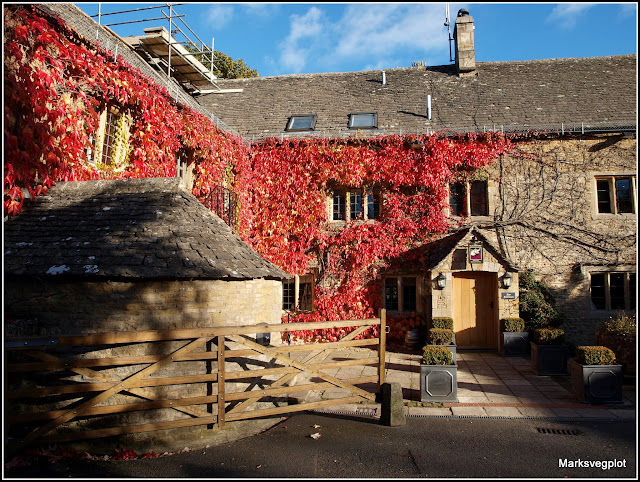 Considering that it is only rated as a 3-star hotel, we were very impressed with this place - beautiful setting; comfortable and well-equipped room; friendly staff, and (most important for us!) excellent food. Our package included a 3-course dinner (but unfortunately not the wine to go with it), so there was no need to worry about prices. When the meal was finished, we both agreed that our Starters had been the highspot. Curiously, without consciously doing so, we both chose Starters that included no meat or fish. Jane chose "Roast heritage carrots, couscous, cumin & chimichurri dressing", while I went for "Tenderstem broccoli, smoked almonds & crumbled goats cheese".  Although they sound quite simple, both of these dishes were outstandingly good. We often say that a simple dish done well is better than something fussy and over-complicated, and this was a classic example of that.


I'm not going to give you a blow-by-blow account of our dinner, but I do want to mention one other thing. In the restaurant that night most of the tables were occupied by mature couples like ourselves, enjoying each other's company and the fine food in front of us. All of a sudden the peace was shattered by the arrival of a party of about 12 "Business Men" (although one of them was female!). I think they were staying in the hotel for a conference (or perhaps a Team-Building Exercise). This multi-national group was loud, exuberant and completely out of character with the place and the other guests. Unfortunately their table was right next to ours. Once they arrived, it was very hard to hear each other speak, because we were drowned out by their over-jolly raucous banter. If I use the word "Trump", you'll probably understand what I mean! We decided to leave before ordering any dessert, and retreated to the almost-empty bar where we lounged on a very comfortable sofa and consumed much more wine than we should have done. 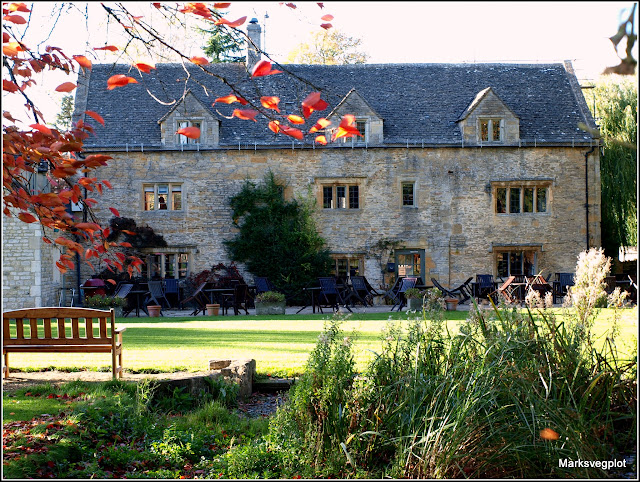 One of the reasons why we like the Cotswolds area so much is that it is well known for its good food. Even before going on to our hotel, we called in at Daylesford Farm (which I have written about before - HERE) for lunch. Here again we had what on paper sounds like very simple fare (Jane had Macaroni Cheese and I had Cottage Pie), but the reality is that both our dishes were expertly prepared from premium ingredients and tasted wonderful. I even enjoyed the courgettes which accompanied my Cottage Pie. I say this because I am not normally a fan of courgettes, which are often cooked to a slimy and bitter mess. The ones at Daylesford were only just cooked - not crunchy, but definitely with a decent bit of texture in them still. The restaurant at Daylesford is pretty pricey, but worth the money if you are going for a special treat rather than a functional meal.


On our way home we called in at yet another Foodie Mecca - the Millets Farm Centre at Frilford, Oxfordshire, just off the A34 near Abingdon. There are lots of things to do at Millets, but our interest was focussed on the farm shop, which was crammed with lovely things - fruit, veg, meat, cheese, bread, preserves, chocolates, wine, kitchen gadgets etc etc etc. We were very impressed by the quality of their fruit and veg, which was all in peak condition, not limp and brown at the edges like some of the stuff you see in farm shops. Huge Celeriac with soil still clinging to the roots, and Parsnips the same. Proper English apples - Bramleys and Lord Lambournes were £1.50 a kilo, or "Fill a carrier-bag for £5". Mouth-watering bacon, ham and Wiltshire charcuterie from the nearby North Wessex Downs. (This list could go on for a long time!) Our purchases included a brace of wild Partridge which Jane roasted for us last night, and some diced Venison which I am going to make into an Italian-inspired ragu, to be served with soft polenta and bright green Savoy Cabbage. We also bought a piece of a cheese called St.Bartholomew which is made in the quaintly-named Oxfordshire village of Nettlebed. I've not had this cheese before, but I'm looking forward to trying it. The makers describe it thus: "St Bartholomew is a semi-hard, unpasteurised cheese, named after Nettlebed village church. It is made with organic milk and is made to a recipe which is similar to many alpine cheeses. It has a deep, nutty flavour with fruity, caramel overtones and a smooth texture."


Just to round-off my post today, here are a few more photos, taken in Lower Slaughter. 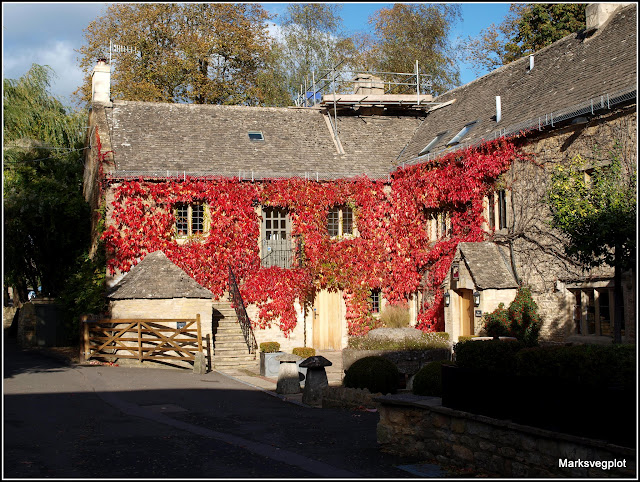 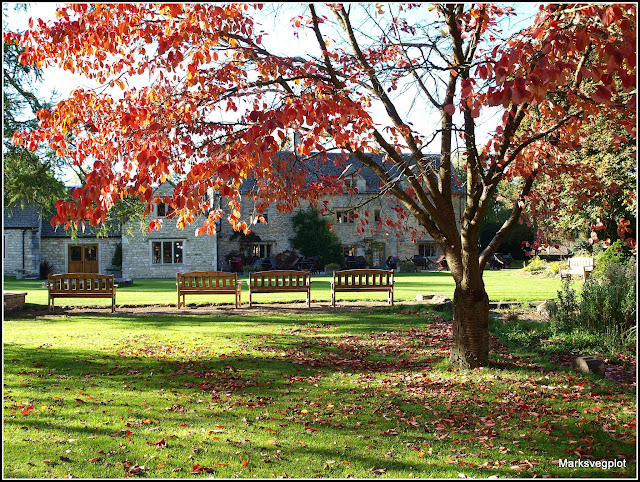 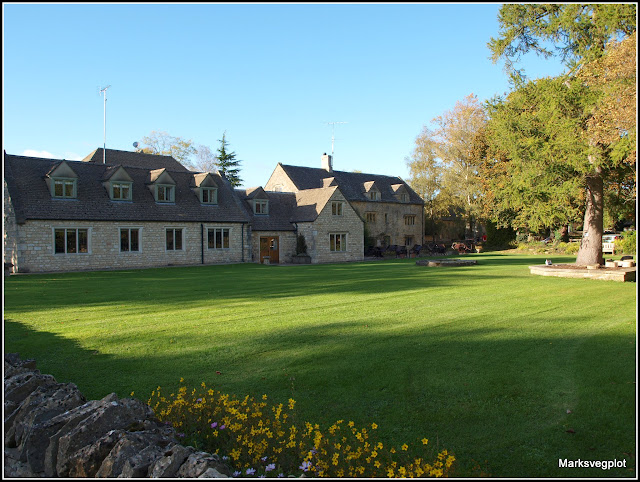 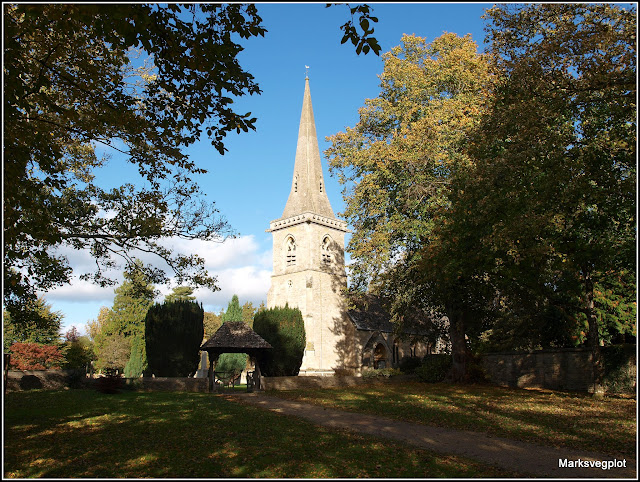 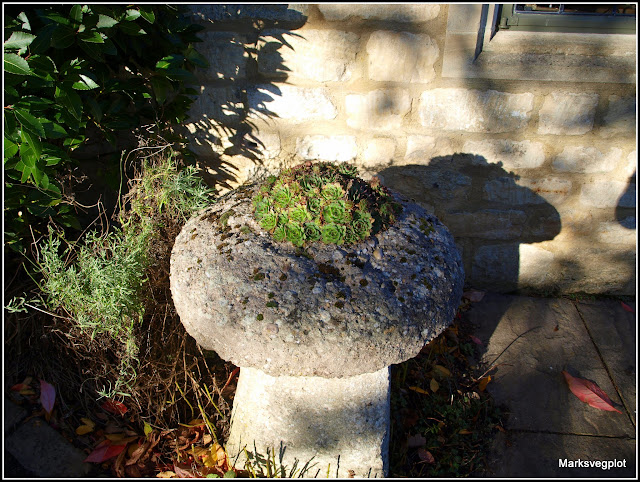 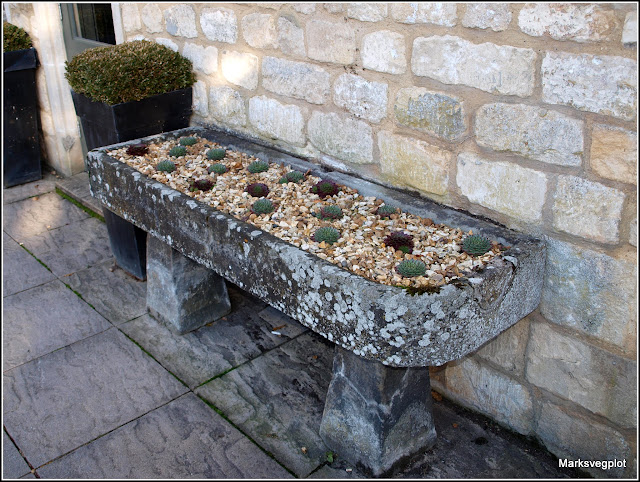 P.S. Thank you for all your positive comments on my "Jobs To Do For Autumn" post. It's reassuring that most people seem to think that the personal touch and the daily story on my blog are preferable to the Reference Resource approach.