It's that time of year again - the time when I tie up my Endives to blanch them.

Endives are much less popular in the UK than elsewhere in Europe and you seldom see them offered for sale, so if you like them the only thing to do is grow them yourself. As long as you understand when to sow them, they are very easy to grow. In theory, there are different varieties for sowing in Spring, Summer and Autumn, but I have never had any success with Spring-sown Endives, which always bolt before they mature. These days, mine are sown in Summer for an Autumn harvest.

Left to its own devices, an Endive is a loose plant whose leaves flop outwards in a sort of star shape: 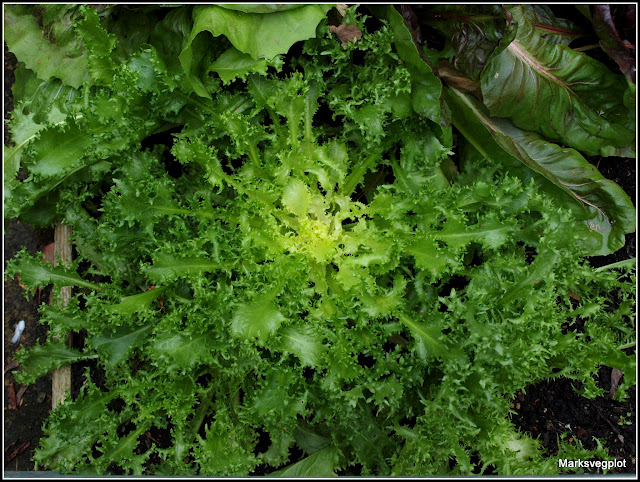 The nicest part of an Endive is the centre, where the leaves are paler. The dark green outer leaves are generally quite coarse and can be bitter. Although an Endive is usually at least partially self-blanching, growers try to maximise the amount of sweet, pale leaves by artificially blanching the plants - in other words excluding light from them. This one has not yet been artificially blanched, and I have spread out the leaves to demonstrate the extent of its self-blanching. 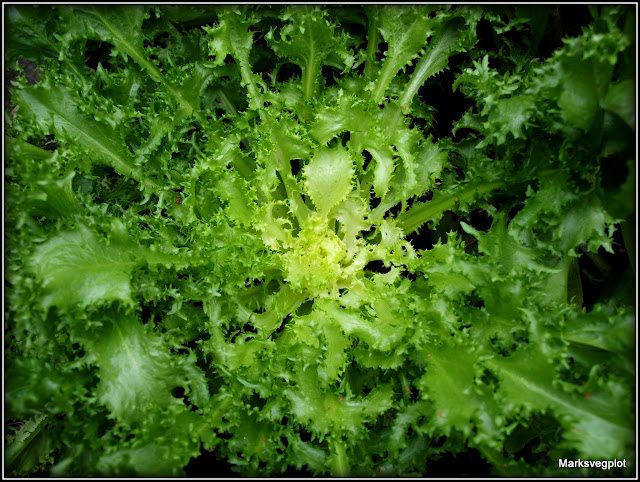 There are several ways to blanch an Endive - for instance you can just cover it (or part of it) with a dinner-plate, or something similar. It needs to be heavy enough not to blow away easily, but not so heavy that it will crush the plant. I use a different method. I gather up the leaves fairly tightly and tie the plants with soft string. 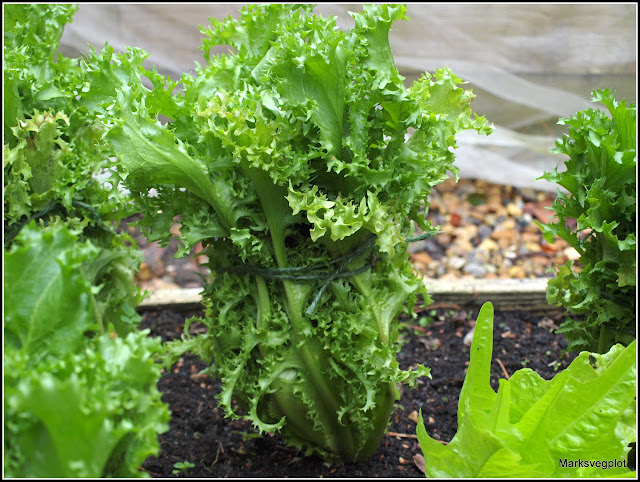 Tying up the Endives is not a big job for me, because I don't have a vast number to do, but it is a job for a dry day. If you tie the plants when they are wet, they are much more likely to rot. Even if they are dry when you do it, there is still a danger of rotting, so it's best to check them every few days. 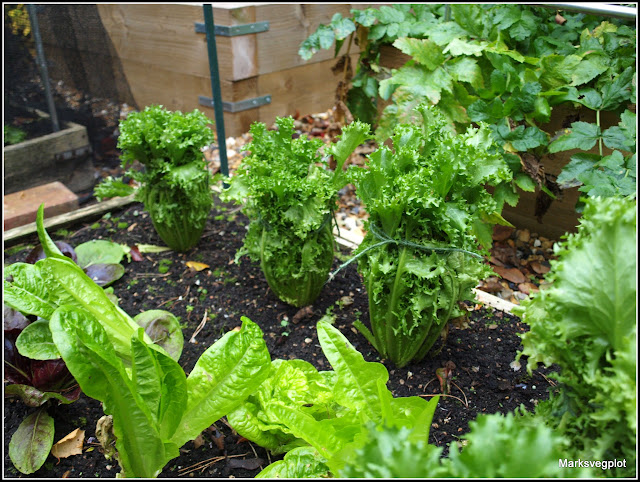 The time it takes for the Endive to blanch satisfactorily depends a lot on the weather, but is normally between 10 and 14 days - longer if the weather is cool and dull. Of course it is not advisable to tie ALL your Endives at one time, because if you do they will all be ready at once. Once they are nicely blanched in the middle, they will only keep for a few days. After that they will probably rot, or bolt. For this reason, I have only tied some of my Endives at present, leaving plenty more for later, like these ones growing at the base of my Brussels Sprouts (seen through netting). 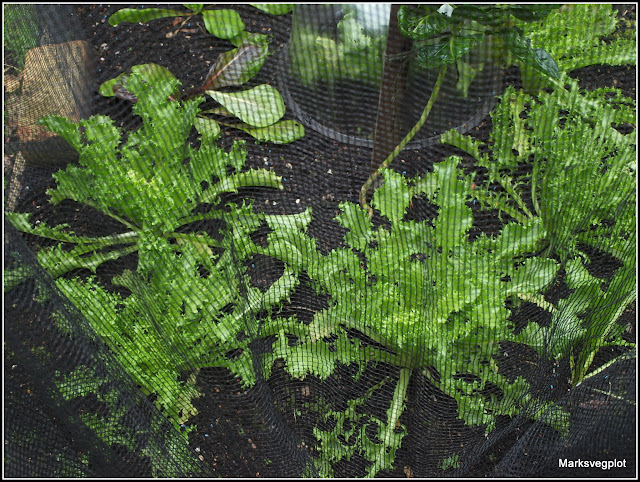 We have been promised cooler weather starting in the middle of next week, so I have taken the precaution of covering a few of my Endives with cloches, because a severe frost would kill them. 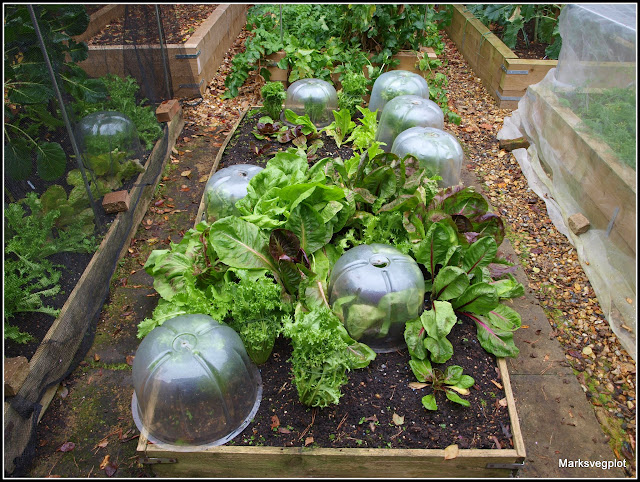