Since it was planted out in a raised bed at the beginning of July, my Purple Sprouting Broccoli has been shrouded in anti-butterfly netting - although I have to say that the threat levels were quite low this year, with abnormally few butterflies about. At the time, the 1.5 metre-tall structure I made to support the netting looked very tall: 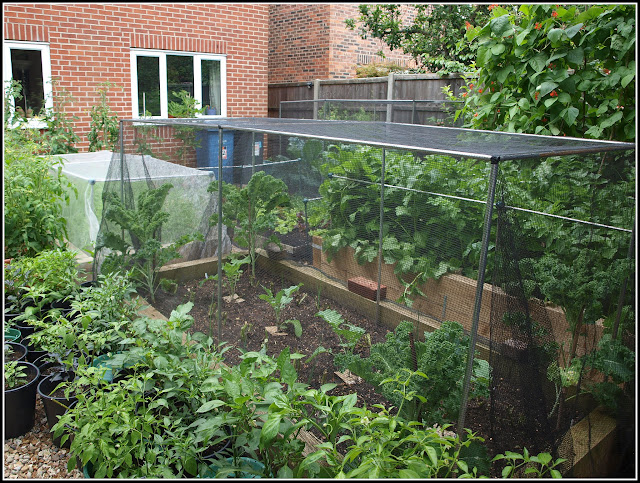 Well, the PSB has grown, and grown, and recently began to push up against the top of that net: 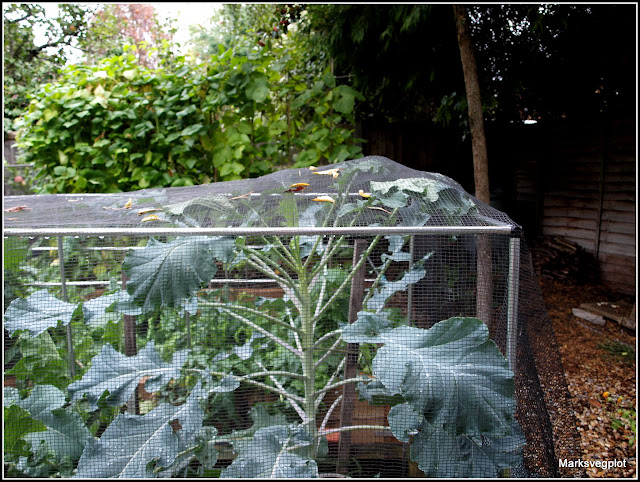 I felt that if the PSB was too restricted it could be put under stress, and in any case if the leaves are pushing up against the net any butterflies that are still about could easily lay their eggs through the net, so it made sense to take the net off.


So now the PSB is free! 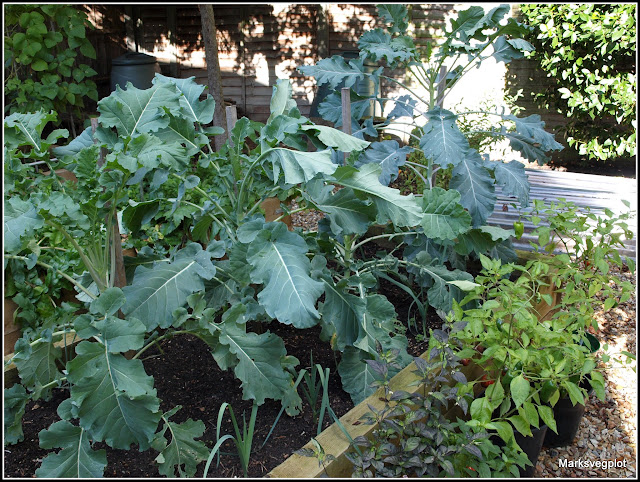 There is quite a bit of difference in the height of the four plants. That really tall one at the far end is "Red Spear". 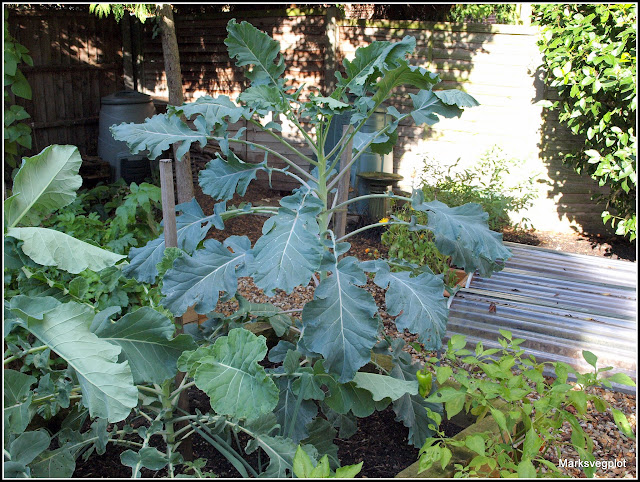 When the weather turns windy (is it inevitably soon will) it's going to need the support of the stout wooden stake I have provided. I generally tie a PSB plant to its stake in about 2 or 3 places, depending on its height. I also tie the plant quite loosely, using soft garden string. If it is tied tightly to the stake it may chafe against the wood and get damaged. 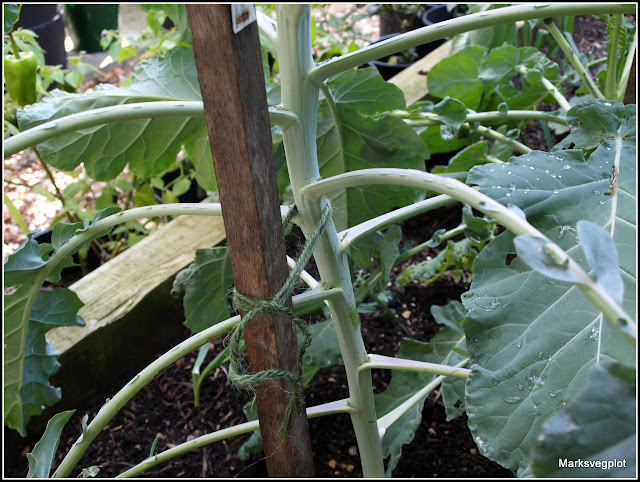 At the opposite end of the bed is the Marshalls version of "Early Purple Sprouting", which is much shorter. 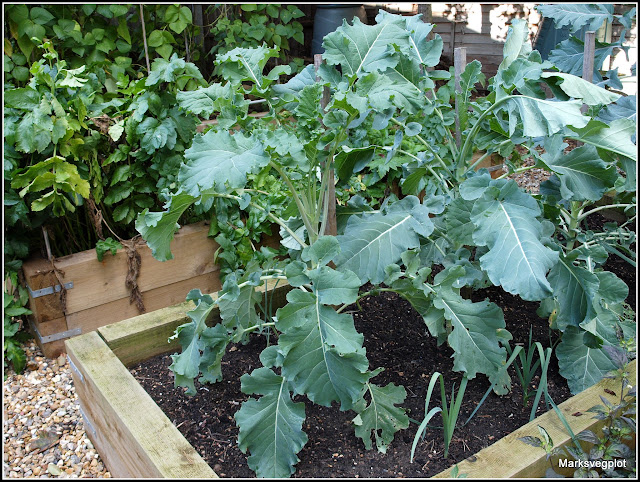 I have deliberately planted four different plants (although two of them are "Early Purple Sprouting" from two different suppliers), in order to have them maturing at different times so that I don't get a glut. I don't think PSB is worth freezing, and it needs to be used while it is fresh.


While I have been drafting this post I have been looking out of the window and watching a Robin foraging for bugs at the bases of the PSB plants - an area which until today was inaccessible territory for him.  Natural insect-control at its best!
Posted by Mark Willis at 12:00