This past week saw me harvesting the very last of my Runner Beans. I wrote about them HERE. As I said, some of these final-fling ones were amongst the best beans I had all year:


My Spring Onions yielded another picking, used this time in a Chinese-style stir-fry meal: 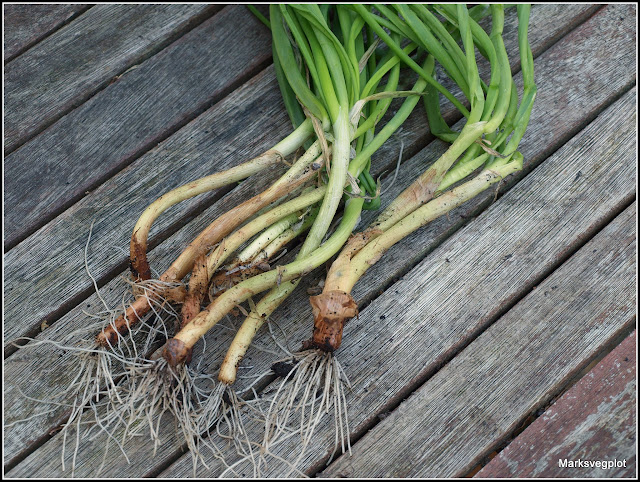 I have enough of them left in the ground for perhaps one more meal's-worth. I need to use them soon as the plants are beginning to divide (see photo above).


I have also picked more chillis. I pick the fruits individually, when I think they are perfectly ripe, and keep them in a plastic bag in the fridge, so that they are close at hand when needed (we put them in lots of different types of meal). 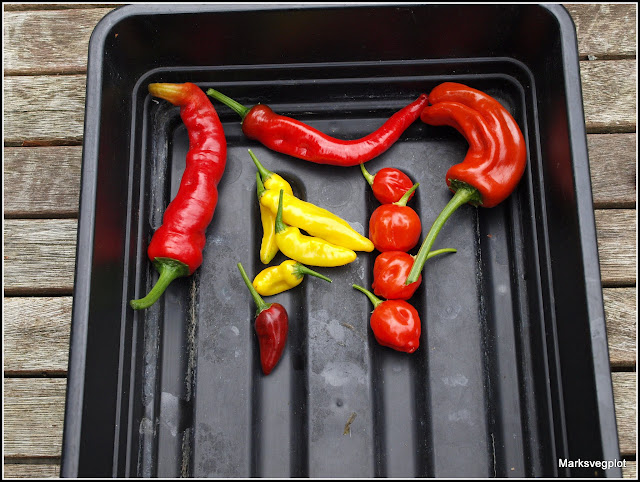 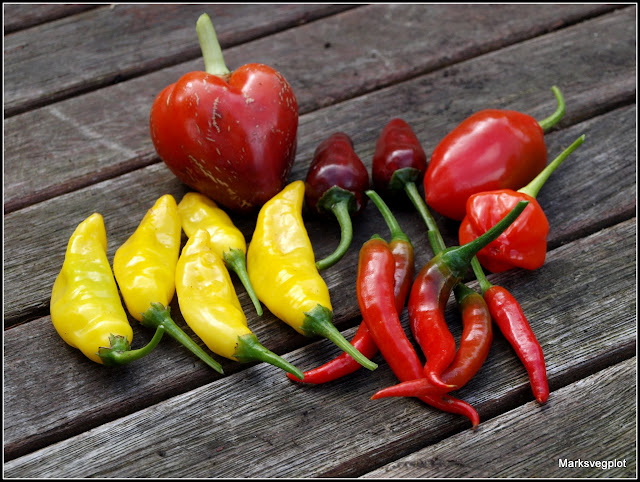 Do you remember that I wrote a few days ago about waiting a bit longer before picking my "Winter Banana" apples? Well, the day after I wrote that, someone or perhaps something (I suspect the former) "harvested" the first one for me. It just disappeared without trace! And it was the best specimen amongst my mere 8 fruits too. In view of this, I thought it best to start picking the apples myself, even if they were not 100% ripe.

Initially, I just picked two - one each for Jane and me - to see how they were.

We decided to share the first one between us. This was a wise decision for two reasons. First, they are huge apples, and very dense, so much more filling than a normal-sized apple. Second, I don't think the one we tried was completely ripe. It was certainly not as sweet as I had hoped / expected. That's not to say it was not nice; it was; but I think it would have been better if it had been allowed to mature a little more.

However, in view of the situation, I decided it would be prudent to pick the rest of my apples, along with both (!) of the fruits from my pear tree. 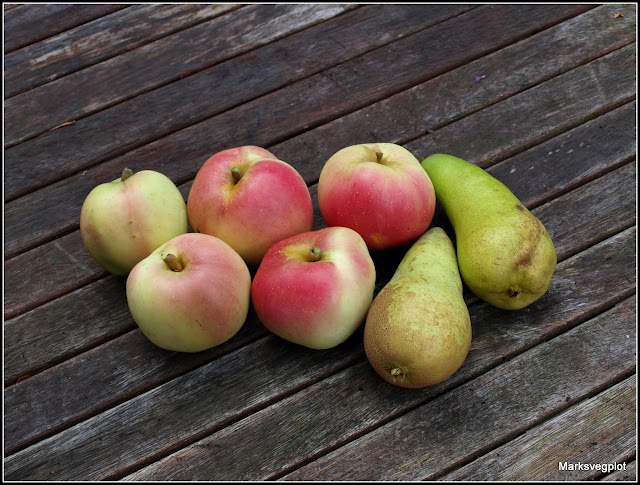 Yep, my "Concorde" pear tree only produced two fruits this year. I really must get another tree, to improve pollination rates!

These are all going to be left for a while to ripen fully. Presumably this will not take long in the warmth of the house. 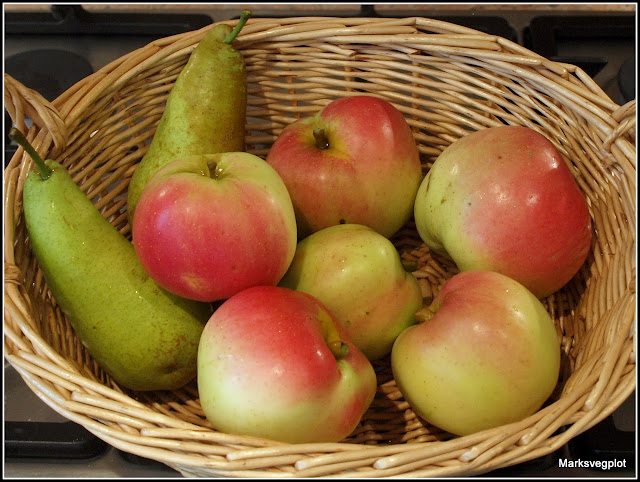 Well, that's my harvests for another week. Why not drop by Our Happy Acres now, and see some other Harvest Monday contributions?
Posted by Mark Willis at 12:00