Earlier in the year I mentioned that my "Concorde" Pear tree had been infected with Pear Rust fungus, the most obvious symptom of which is bright orange spots appearing on the upper surface of the leaves: 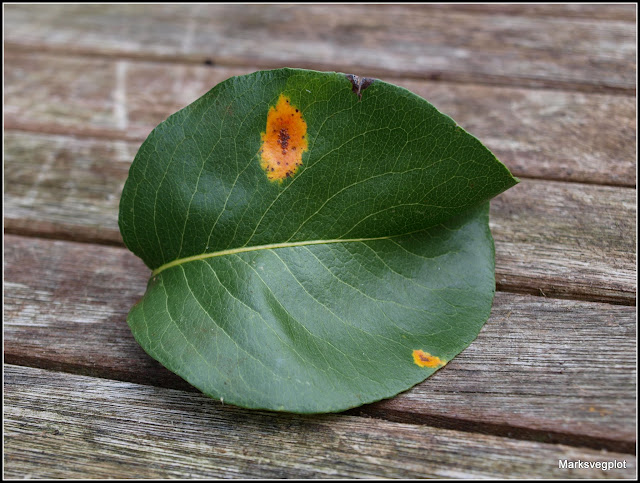 Well, now that the year has progressed I want to show you how this fungus has developed. We have to look at the lower surfaces of the leaves for this: 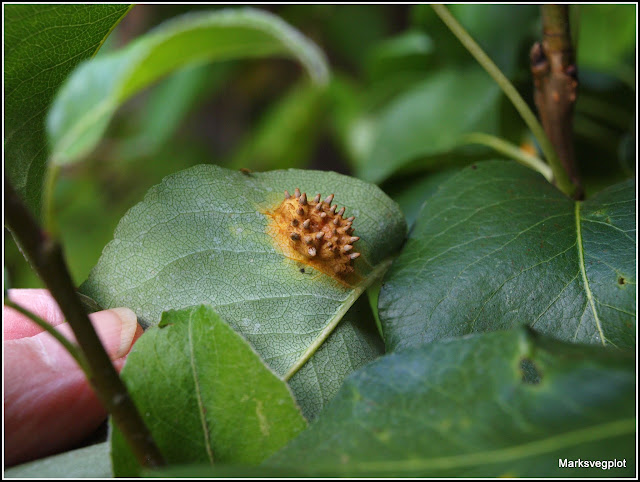 On the other side of the orange patch there is now a corresponding lump or bump - a gall, I suppose. 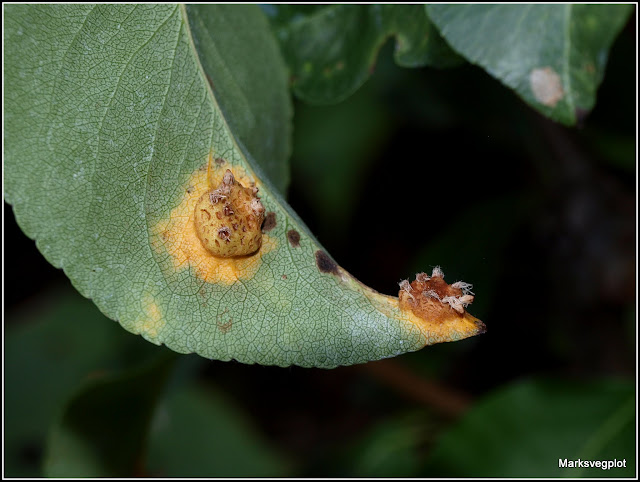 The gall has a number of pointed spikes sticking up out of it. 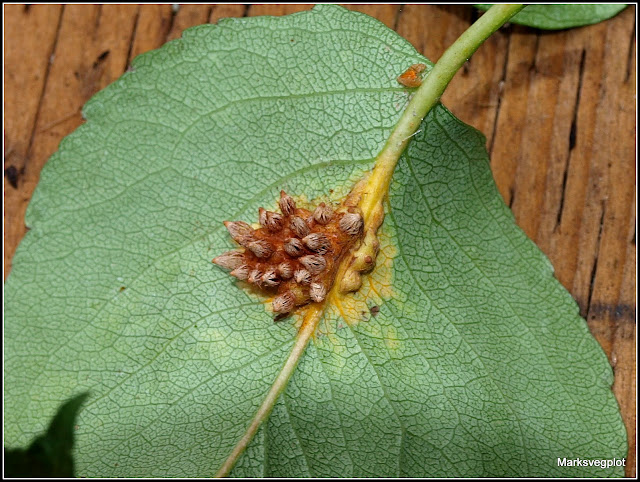 Eventually the spikes turn to what looks like flowers. I'm pretty sure they're NOT flowers, but how else can I describe them? 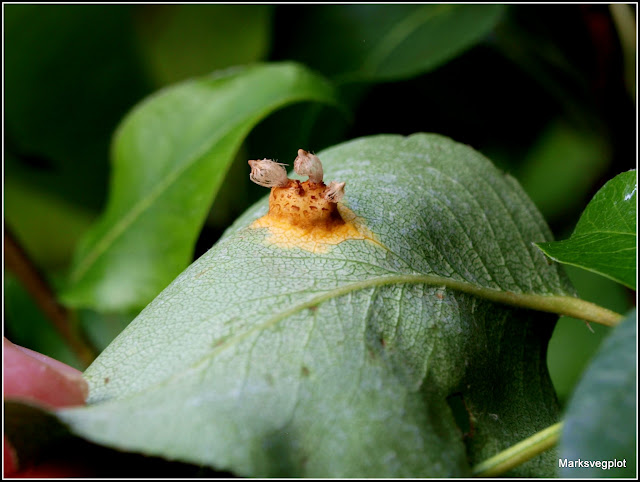 Spores from these "flowers" are dispersed by the wind and are harboured over Winter on Juniper trees (which, unlike pears, are evergreen). Next year the pear tree will be re-infected. 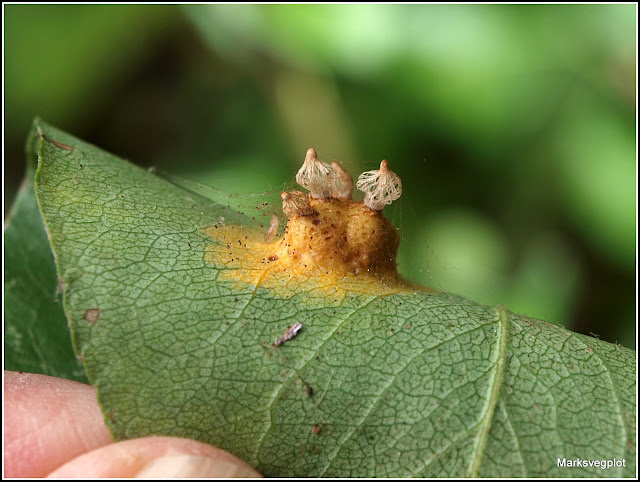 
I suppose the good news is that Pear Rust doesn't seem to affect the fruit. If you want to know more about this disease there is an article on the RHS's website about it HERE.
Posted by Mark Willis at 12:00