About half of my harvest this week can be shown in just one photo! 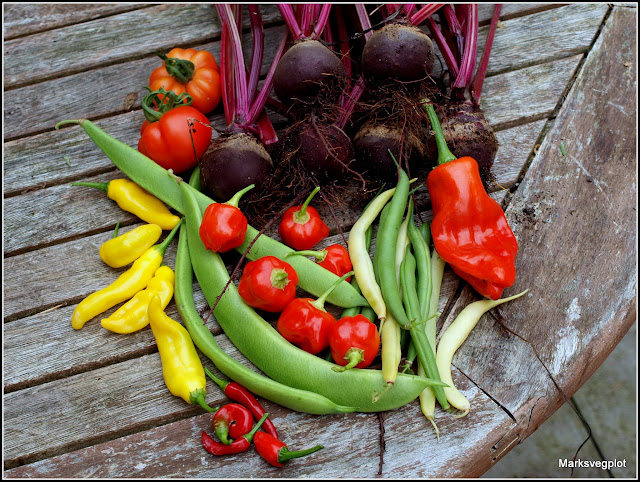 There are several types of chilli, along with a few beans, and the ubiquitous beetroot. The beetroot has come on very steadily this year, which is really convenient, though it does mean it has featured in most of my Harvest Monday posts for the past 3 months! I'm proud of these ones, which are very evenly-matched and just bigger than a golf ball.

The big chilli at the right (pretending to be a Sweet Pepper) is the first one of my "Lucifer's Dream, Red".


You probably recognise the others by now. The yellow ones are "Aji Limon" and the round red ones are "Brazilian Starfish". Down at the bottom right are a few of the "Turkey, small, red" ones. In the photos are also a couple of "Ferline" tomatoes. 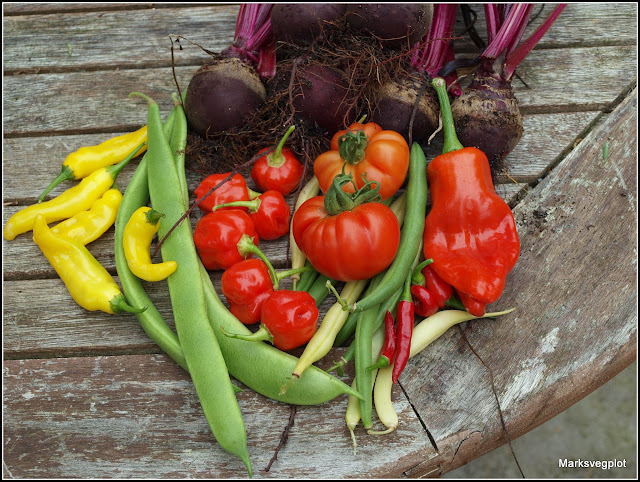 This week I also picked another batch of "Firetongue" Borlotti - just enough for a 2-person serving: 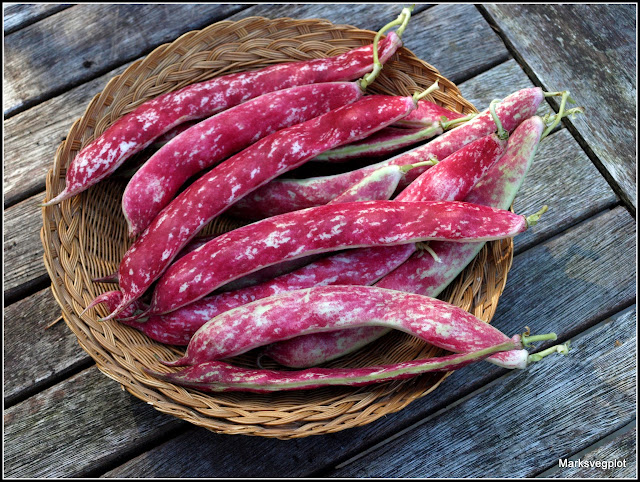 We ate these ones "green". In other words, the beans are used straight after shelling, and are not dried. Ours went into a sausage casserole. It's worth noting that beans like this will usually not soften if cooked in salty liquid (like my casserole, which contained commercial stock), so are best cooked separately and added at a later stage.

Another big bag of carrots (1.1kgs) is in the fridge now too. These ones are of two types - "Autumn King" and "Darina". 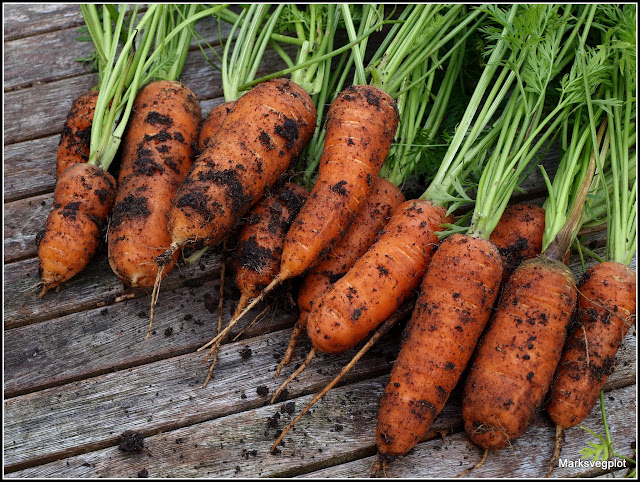 Some of those are pretty big carrots. Here's another photo that might give a better idea of scale. 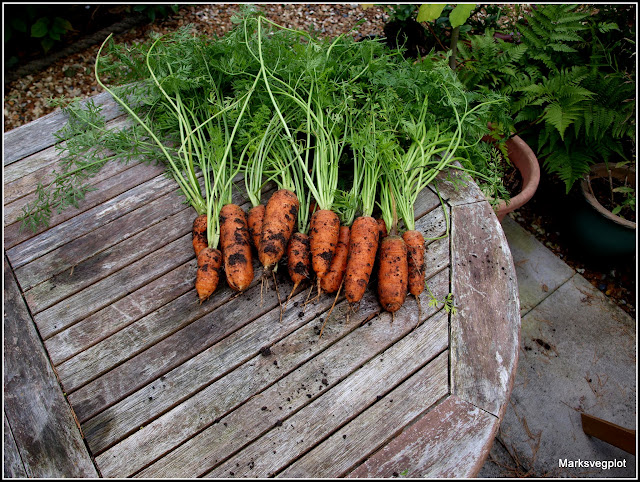 Last on the list this week is another "Ruby Perfection" Red Cabbage. 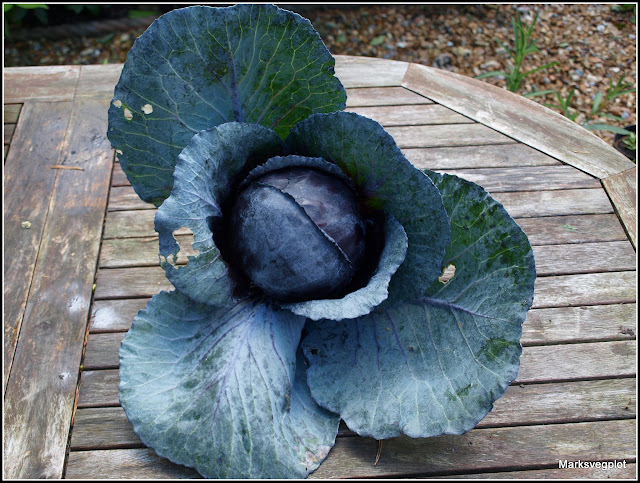 It was not as big as the other one I had, because it had been growing on the shadier side of the bed, but it still weighed a respectable 1.02kgs. 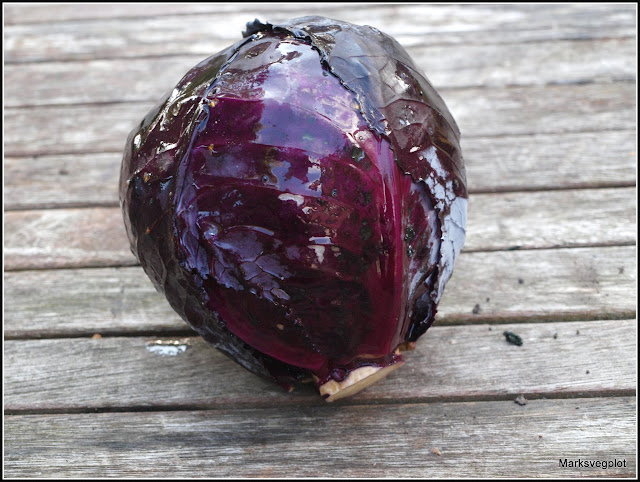 This cabbage is probably not going to be used immediately, but that's not a problem since this type will quite happily keep for several weeks in the fridge.


That's my harvests for this week folks, so why not head over to Dave's blog Our Happy Acres and see what other people are contributing to Harvest Monday.
Posted by Mark Willis at 11:00