The importance of Food Education

The social media is full of articles about how bad supermarket food is - especially processed food - and about how much food is wasted. It makes very disturbing reading, although I'm sure that this sort of thing is nothing new; it's just that we hear more about it these days. I read an article yesterday that said that Denmark has reduced the amount of food it wastes by 25% in 5 years. I don't know whether this is true or just another unverifiable made-up statistic, but I hope it is. One of the reasons given for being able to achieve this creditable result is that most Danes still understand how to make "proper" food, and can cook from raw ingredients. Allegedly, a high proportion of them (even young people) bake bread at home. Even more miraculously, they understand what makes a sensible portion of food! 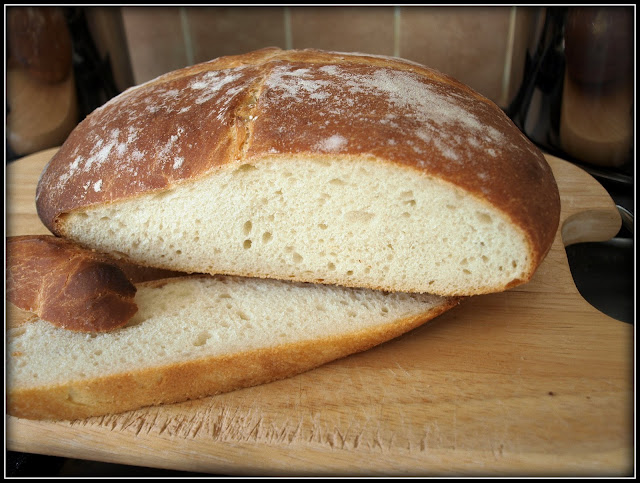 Now this has caused me to think more deeply about why we in the UK (and I think in the USA too) are so bad at food waste, and at cooking. I think there are a number of reasons, but these are some of them:

1. Very little about cooking and nutrition seems to be taught in schools. If I were in charge, I would make this a compulsory element of the curriculum, because I think it is an essential Life Skill. (Financial Management would also be on my list!)

2. Anecdotal evidence suggests that few parents teach their children how to cook any more - unless you count how to operate the microwave! I know there are exceptions (to which our foodie granddaughters will bear witness), but I think the vast majority of people rely very heavily on Ready Meals, or food that is substantially pre-cooked, like ready-made sauces.

3. The second point above begs the question "Why do they want / need to eat Ready Meals?" Some people will say they don't have enough time to prepare real food, but I don't accept this. The reason they don't have time is often that they are too busy playing games, chatting to each other on their phones or on the social media, or watching the TV! In my view, a good parent educates their child that good food is more important than all those things. Furthermore, shopping for, preparing, cooking and eating food together is extremely good for social and family bonding.

4. The social benefits of eating together are well known and have persisted for centuries - until now. My feeling is that many families seldom sit down to eat a meal together, except perhaps for special occasions (and those are normally hosted in a restaurant). Now, is this the cause of some of our bad eating habits, or is it a result of them? Consider also: is the reduction in the number of "traditional" families (I mean one man, one woman and their children) a cause or an effect of our changed eating-habits?

5. Another thing I feel very strongly about is the fact that in the UK being a chef (other than one with a Michelin star), or waiter / waitress, barista, "server" or whatever, is considered low-status - almost too demeaning to constitute a proper job. All too often our restaurants are staffed with ill-trained, demotivated, surly staff with little interest in the food and drink they are serving. Many of them appear to be students doing part-time or holiday jobs, aiming to get into something "better" as soon as possible. This is in stark contrast to many of our European neighbours. How many restaurants in the UK have a trained Maitre d'Hôtel these days, or a Sommelier? How many waiters can even describe Soup of the Day in sensible terms or know its ingredients???

6. Isn't it ironic that information about cooking and recipes has never been more accessible, thanks to the internet? Despite the fact that in our house we have loads of cookbooks, covering most of the different cuisines of the world, the internet is the first place I go when I'm looking for a recipe - even a recipe that I know we have in one of our books - because it is often easier to find it. Nonetheless we still buy cookbooks. They are often a source of general inspiration, rather than specific recipes to be followed. This is part of the deal, surely? To cook good / nice food, you have to enjoy doing it, don't you? For me, browsing a good cookbook definitely counts as part of Food Education! 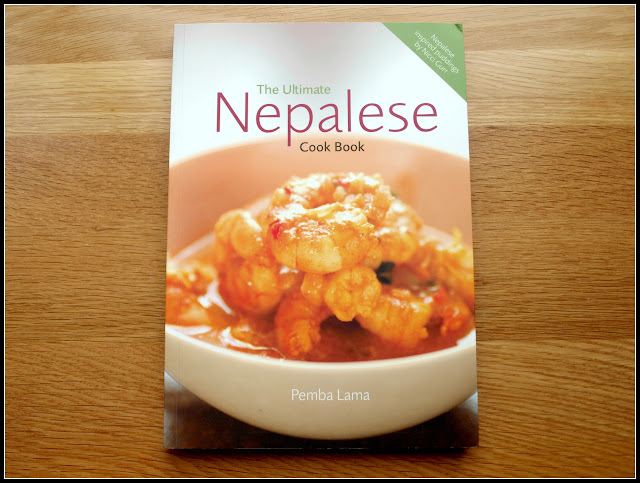 7. Talking of ironies, isn't it strange that in a nation descending at an alarming pace into obesity, millions of people are obsessed with a TV programme about baking cakes? I have nothing against cakes per se (in moderation), but if only, instead of the Great British Bake-Off we could get people to be as enthusiastic about cooking and eating healthy, well-balanced meals for their families! We went a little way in that direction with Jamie Oliver, but I think even he fell victim to the lure of money. The pressure to keep producing yet another cookbook every few months (to keep the revenue flowing) must be very strong.

8. Now of course poor knowledge of cooking is often a cause of excessive food waste. If a finished dish is not good, it will be thrown away, not eaten. If it is served in too great a quantity, some of it will be wasted, for sure. If the cook doesn't understand the ingredients and how to prepare and cook them, they will end up in the bin. Despite this, the shops (often supermarkets) have a role to play here too. They sometimes sell food in inappropriate units, for instance huge bags of something instead of just one or two items. It must be depressing to be shopping for just one person! It happens less frequently than before, but some supermarkets still have special Buy One, Get One Free offers or pricing structures which persuade shoppers to buy more than they need, simply in pursuit of "turnover".

9. We also have a problem with image. I mean the spurious idea that all food has to look perfect. This is especially true in the case of vegetables. We have been conditioned (by the supermarkets) into expecting every single fruit or vegetable to be unblemished, uniform in size, and regularly shaped. Naturally this results in a high proportion of wastage, usually at the expense of the producer. As a gardener, I know full well how difficult it is to produce this sort of veg! We need to do away with this ridiculous prejudice and return to the more important considerations of nutritional value and above all, flavour. 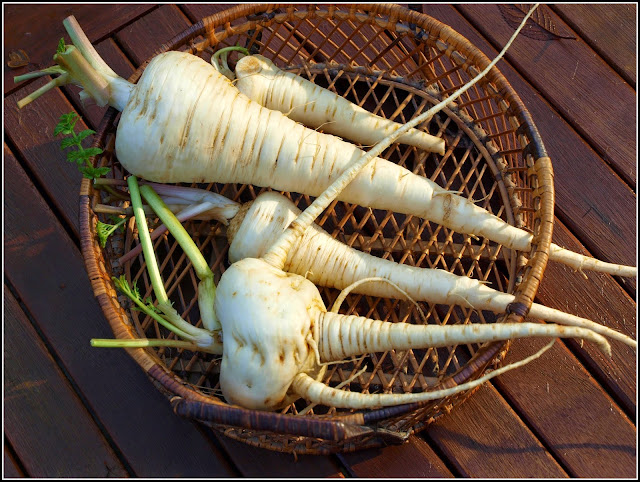 10. (I'm going to finish at Point No. 10, though I could go on a lot longer!) My final point today seems obvious. Why do food vendors here not do more to persuade their potential customers to buy their wares by offering free samples for tasting? You sometimes see this at a Farmer's Market, and occasionally a supermarket will offer samples of a new product they want to push, but it is relatively rare. On our trips to France though, we have noticed that it is much more common there. Some vendors are very generous with their samples. A vendor confident of the quality of their product knows this will attract people who might baulk at paying a fair bit of money for something they might not enjoy. If the potential customer can try it for free, the battle for their custom is half won already!

If you have any strong views on this subject, I'd love to hear them!
Posted by Mark Willis at 12:00