After last week's harvesting of apples, this week was always going to be an anti-climax for me! Back to carrots this time... 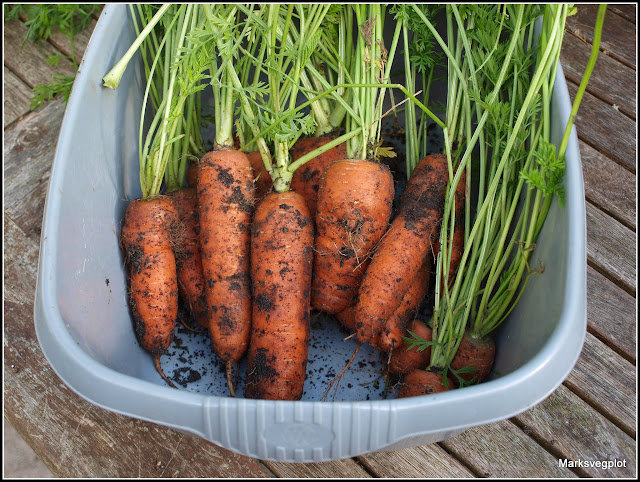 This batch weighed 1.25kgs. This sort of quantity probably serves us both for 3 or 4 meals, and we also put the odd one or two in soups and stock.

They were a bit of a mixed bag - plenty of nice big straight ones, but several Funnies too. The ones I pulled were "Autumn King" and "Darina", both supposedly long varieties, so I don't know why some of them decided to be short and round! 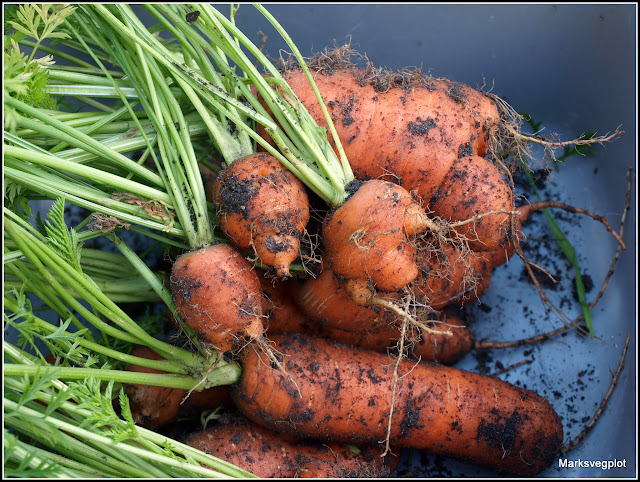 The very last of my Spring Onions came up too. They went into a "Rice and Peas" dish, served with a Jamaican-style beef curry, fragrant with sweet spices. They weren't prime specimens, but they were certainly fit-for-purpose. 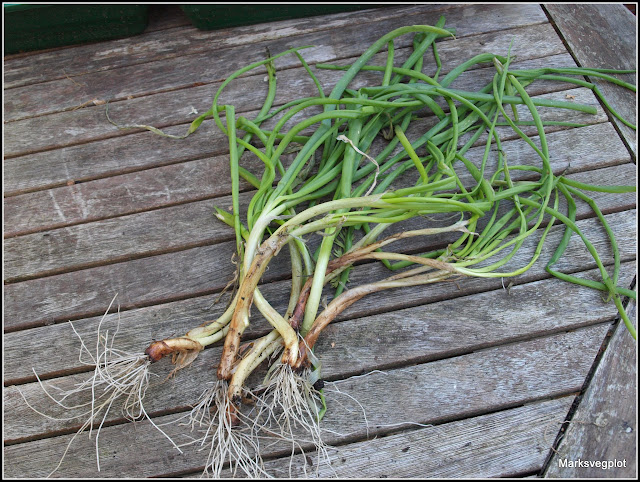 This is the first time I have managed to get any Spring Onions that are other than minuscule. I have to say that they disappointed me in one respect though: they are a variety called "Rouge Commune" (Common Red) from Vilmorin seeds, but they have not really been red. They have mostly produced a brown outer skin as they have got older, but once you remove that there is not the slightest sign of red.

I had my first small picking from the late-sown French Beans this week - the ones in the plastic tubs where the potatoes used to be. I wasn't sure they would be able to mature before frosts took them down, but September and October have been pretty mild and they have produced some pods:

Looks like the slugs have found these beans too. 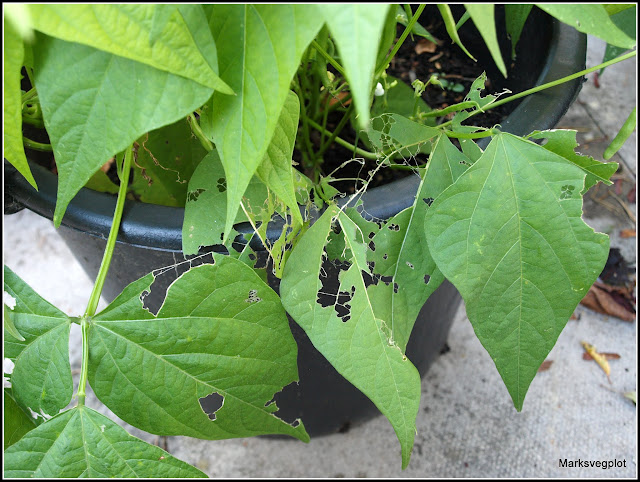 Well, slugs or no slugs, I did get a few pods: 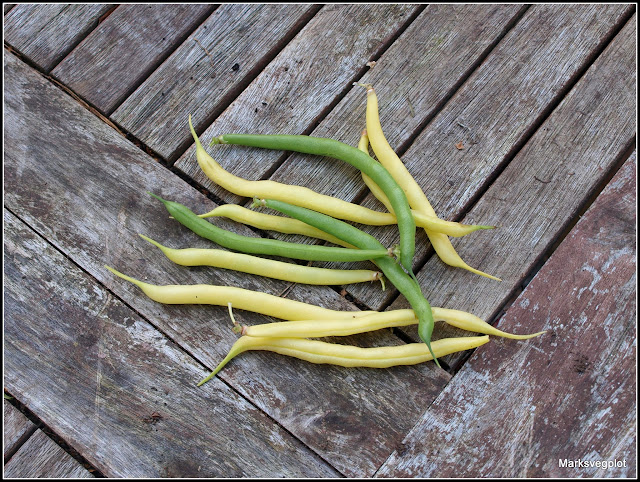 Next on the list are three small Peppers. Two of them are from my Turkish Sweet Pepper (official name not known) plant, and the other (darker green one) is an immature Espelette Pepper. 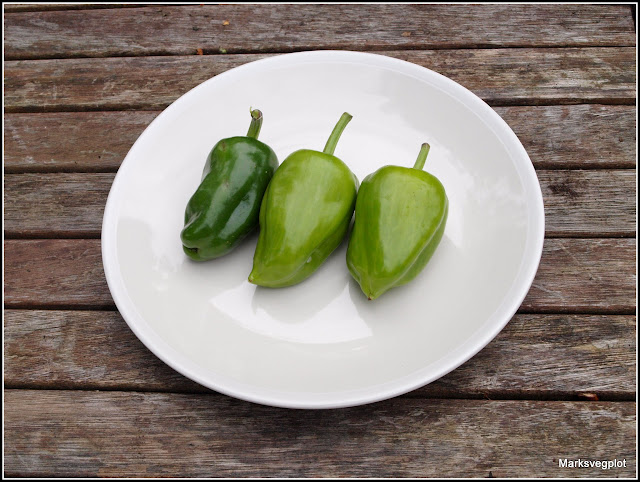 Finally for this week, a wild harvest: Chestnuts. 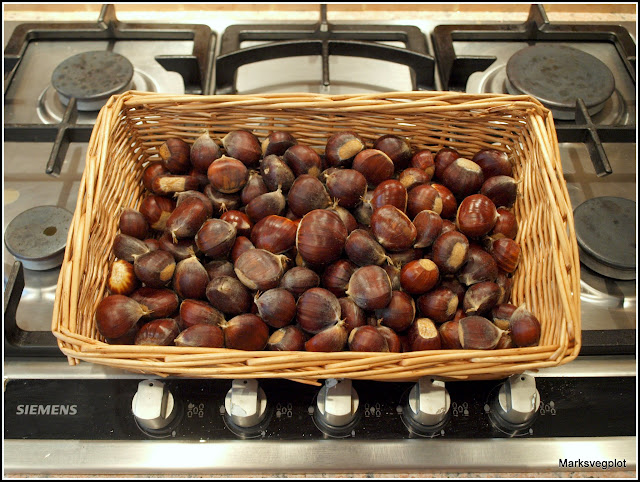 We are fortunate enough to have lots of Chestnut trees around where we live, and this lot (just over a kilogram) was gathered from underneath some trees about 200 metres from the house. 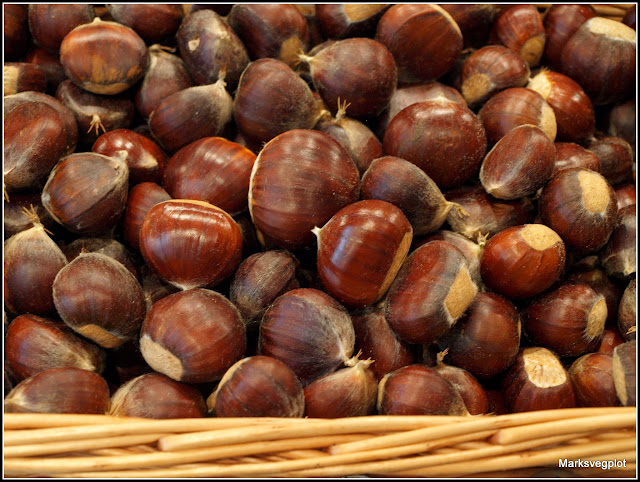 We always like to have boiled Chestnuts mixed in with our Brussels Sprouts with Christmas Dinner, so I think we can safely say that this tradition will be continued once more.


I am linking my post to Harvest Monday, over on Dave's blog Our Happy Acres, where hopefully you will be able to see lots more Autumn / Fall harvests!