Taking down the Runner Beans

As I'm sure you know, I hate taking down Runner Bean plants when it is cold and wet! I therefore took advantage of a fine day yesterday to remove my climbing bean plants in the sunshine. 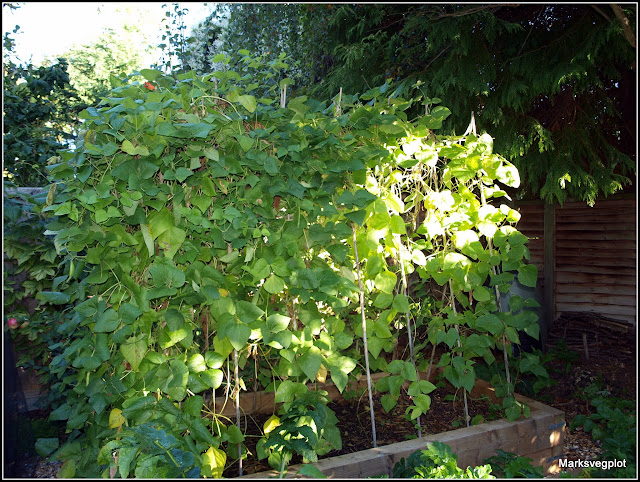 That photo illustrates quite nicely the difference between the amount of foliage produced by the "Streamline" beans (left of photo) and the "Tenderstar" ones (right). "Tenderstar" has French Bean genes as well as Runner Bean ones and the French Bean is typically less vigorous than the Runner.


Of course I made sure to pick all the remaining pods before I cut down the plants. I thought I had been fairly rigorous in my harvesting, but I still found quite a few pods lurking in the foliage - mostly up at the top. There were several little "tiddlers" and the odd one or two over-mature pods, but I still managed to get 520g of useable beans, including some of the best pods I've had all year. 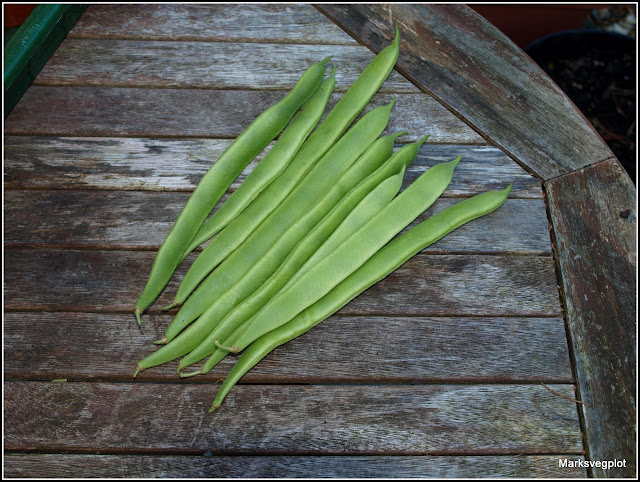 Those are lovely long straight beans, but see how pale they are. This is because they were well hidden and didn't get much light. 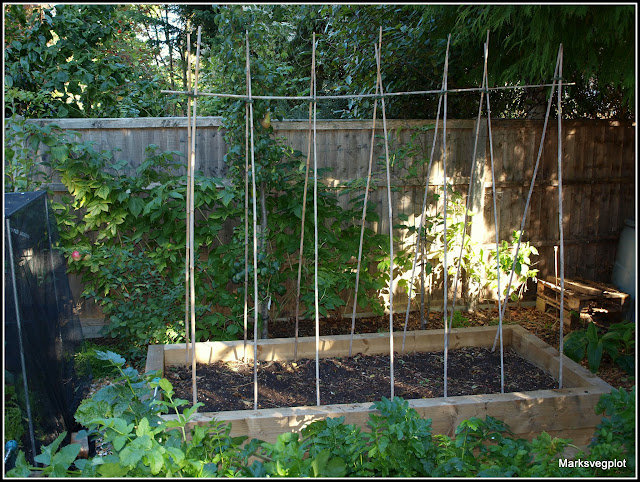 I'm hoping this might be the last time I use bamboo poles for my climbing beans, because I have been promised a load of Hazel poles by our local Countryside Rangers (a department of our District Council), who are doing some coppicing work this Winter. I haven't got the poles yet, but they have kindly agreed to deliver them to me when they're ready, so I'm hoping it will indeed come to pass.


The final thing to mention (though to a gardener this will be obvious) is that of course all the bean foliage went into the compost bins. It was pretty bulky, but it will shrink a lot soon, I'm sure. 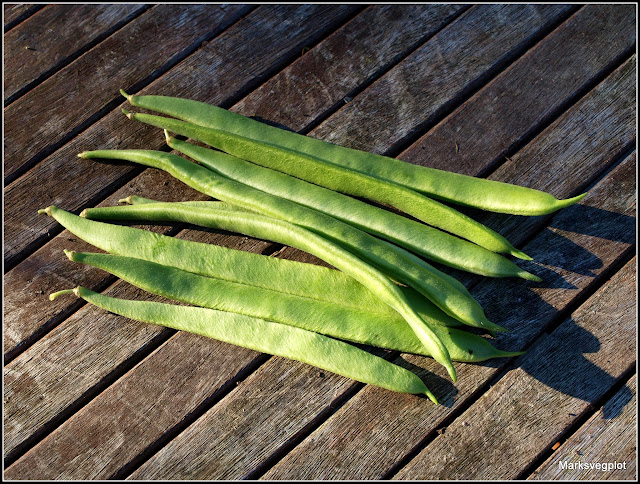 Overall, 2016 has been an "OK" year for beans. We haven't had a glut, and we haven't had a shortage. A few bags of them are in the freezer, but not many. Next year I think I will probably not grow any French Beans, because their yields are modest in comparison with the Runners, and more to the point we prefer Runners! Also, following the "Less is More" principle, I will probably grow fewer Runners too, so that they can be spaced further apart.
Posted by Mark Willis at 12:00