I have been trying for some time to grow a decent quantity of "proper" Greek Oregano - the strongly-flavoured, very aromatic type, not the insipid "Origanum Vulgare" imitations. This year I have made a significant step forward, in that I finally managed to buy some seed that is genuinely the right stuff. I bought it from Iden Croft Herbs in Stapleton, Kent.

I duly sowed a few of the seeds (the packet contained approx. 250), and in due course potted-up six healthy young plants.

I don't grow herbs in any of my raised beds, so I planted most of the Oregano near the fence where my fruit trees are, but I also put one in a terracotta pot. 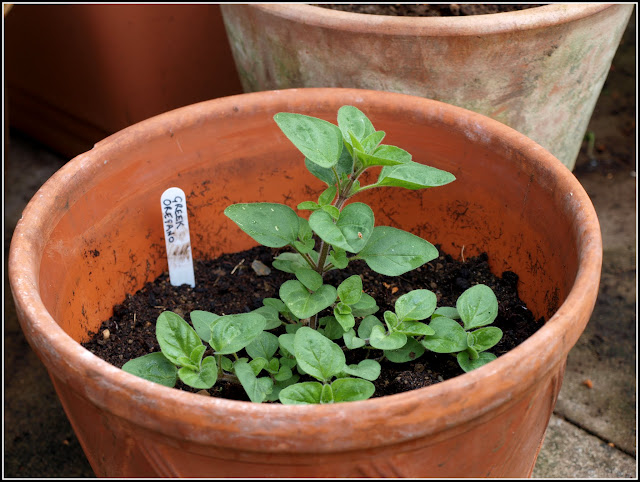 The five plants over by the fence have not done brilliantly, mainly because they don't get enough direct sunlight, but the one in the pot grew well. By the beginning of August it had produced flower buds and I was starting to think about harvesting some of it. [Note: I was pleased to see that the flowers, when they opened, were white, confirming this as the correct Greek Oregano, not the pale pink of the ordinary Oregano.] 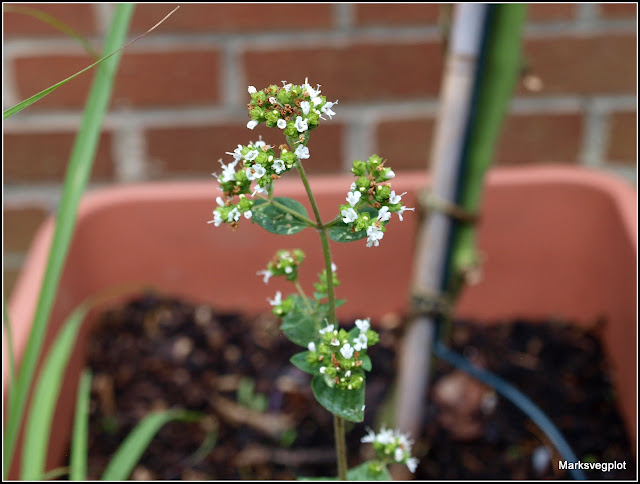 Now the bad news. Unfortunately something has taken a liking to my Oregano and nibbled all the leaves! 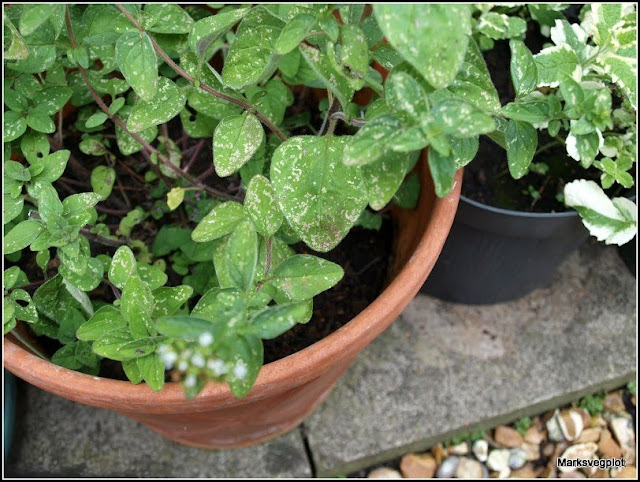 The upper surface of almost all the leaves has been eaten away, leaving them a pale unsightly (and bearing in mind this is supposed to be a culinary herb, unpalatable) mess. 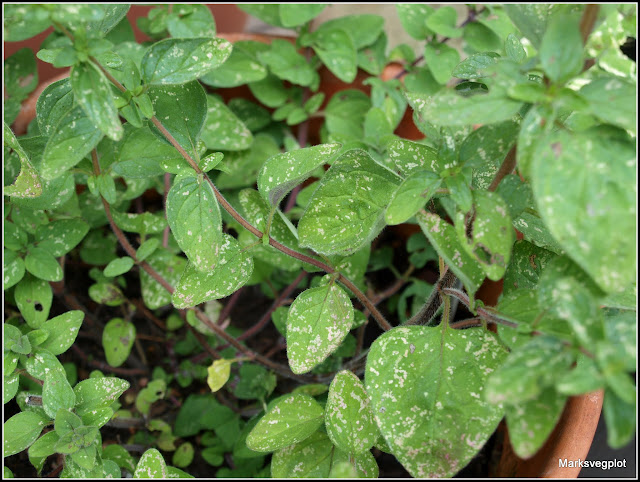 Any guesses what might be doing this, and how to stop it? I often get a similar thing with my Thyme, and someone has suggested it might be caused by Thrips. Looking up Thrips I see (on the ubiquitous Wikipedia) this statement concerning their curious feeding habits: "...This process leaves a distinctive silvery or bronze scarring on the surfaces of the stems or leaves where the Thrips feed." That sounds like it, doesn't it?

The damage is alleged to be mainly cosmetic, but I don't much fancy cooking with Oregano that has been subjected to such treatment!


I think I will need to relocate the other plants (possibly into pots?), and I'm going to have to find something that will kill Thrips (or whatever).
Posted by Mark Willis at 12:00