Getting the Lemongrass ready for Winter

Earlier this year I decided to grow some Lemongrass. I have written about this before, so this post is an update.


The last time I mentioned it was in June, at which time my Lemongrass was still at the seedling stage:


During the Summer, the plants grew steadily but not dramatically. This week I decided that since the first frosts of the year are probably not far away it was time to get the Lemongrass ready for Winter. All my correspondents have told me in no uncertain terms that Lemongrass is "tender" and not frost-hardy, so I think it is not sensible to leave it outside, or even in a coldframe. My plan is therefore to keep some of it in the house and some of it in the garage - which, although unheated, remains well above freezing.


You will have seen in the photo above that my Lemongrass seedlings were planted in four distinct clumps. I have lifted these out and planted each one into a separate 6-inch pot, using John Innes No.2 growing-medium. Regrettably I didn't think to take a photo before I did this, but here they are after the job: 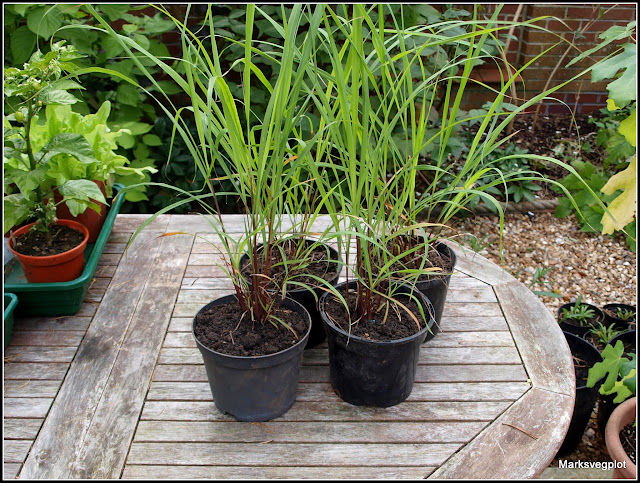 As you can see, the leaves are now about 18 inches tall, and bright green. They are also very rough and sharp at the edges - not something you want to run your hands through! 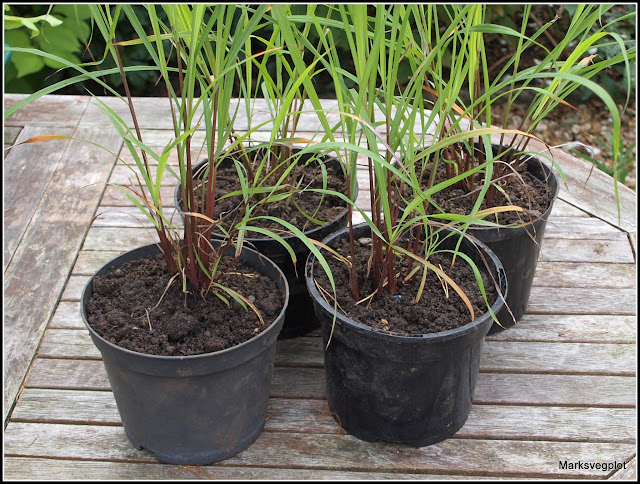 Down at ground level the stalks are currently a deep red colour, and already beginning to "bulb-up" or swell at the base. I think they are a bit small to be useful in the kitchen just yet, but certainly doing well. 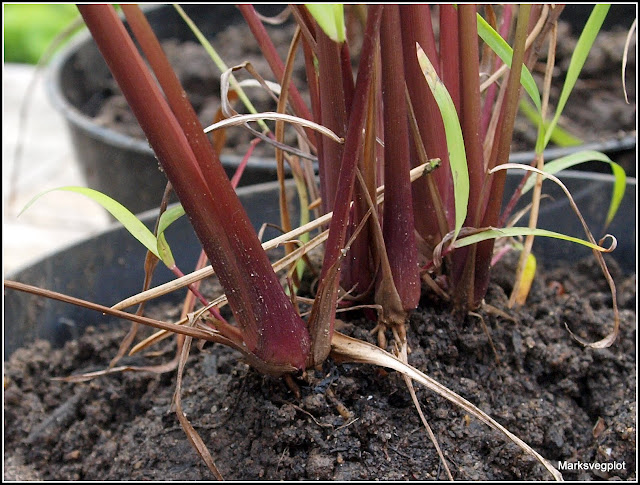 Two of these pots are going in the garage, which fortunately has a side window, next to which I have a potting-bench on which they will stand. The other two will be kept on the windowsill in our spare bedroom, alongside some chillis. It will be much warmer there than in the garage, so it will be interesting to see how the two lots fare. I hope they do well, because it would be so nice to have really fresh home-grown Lemongrass to use in our cooking!
Posted by Mark Willis at 12:00