The other day I wrote about cutting down a massive Leaf Celery plant and saving some seed from it. Today I'm going to write about the result.


I saved only a small proportion of the available seeds from the huge plant: 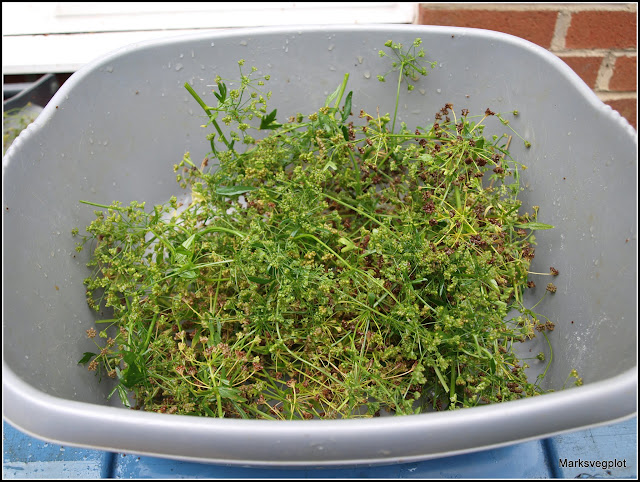 I laid them out on a clean tea-towel in my widest basket, on the Dining-Room table and left them to dry naturally. The basket was too big to fit in the airing-cupboard, otherwise I might have put it in there. Actually, No, on second thoughts the smell of the drying seeds is so strong that all our linen and towels would have been strongly perfumed with it for months to come! 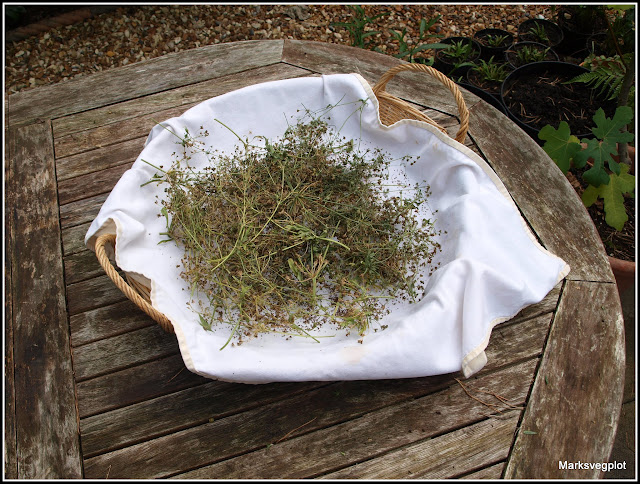 Ten days later the foliage had all shrivelled up and seemed pretty dry. I gently massaged the stems to help the seeds detach from them and then lifted them off. Look at the pattern the seeds underneath had formed, caused by ridges in the weave of the basket. 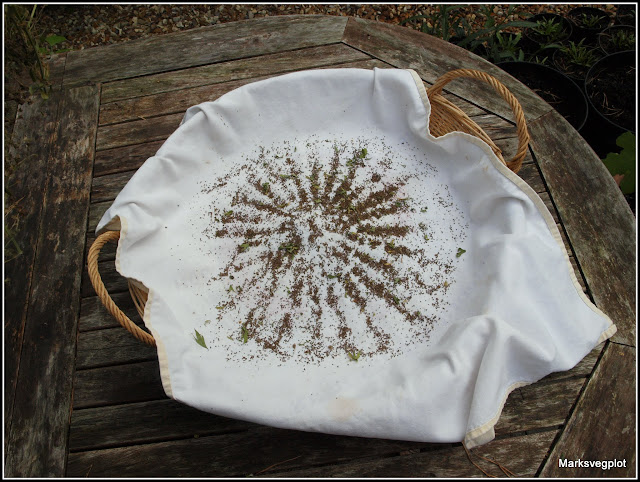 There are certainly plenty of seeds! 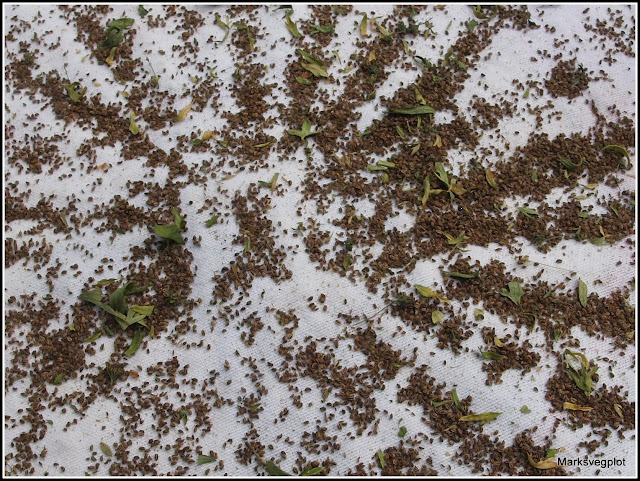 On the same day as that on which I put those seeds to dry, I also sowed some straight off the plant into a little tub that had formerly contained Ardennes pate. Many of them have germinated now. 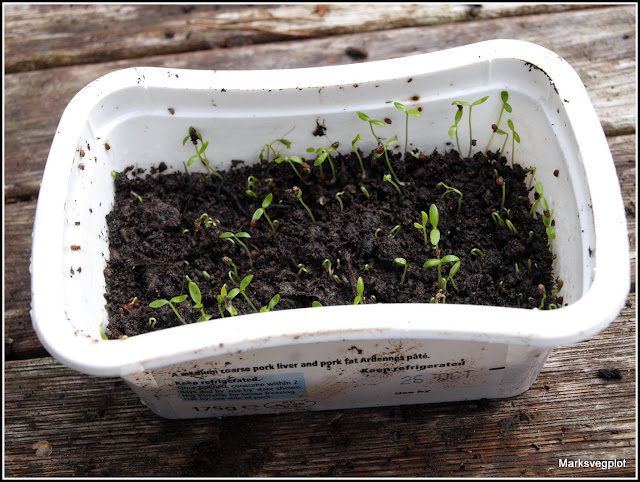 I'm planning to use these (when they are a bit bigger) as salad sprouts, like you would use Mustard and Cress. Judging by the aroma of the seeds, they should be pretty powerful. 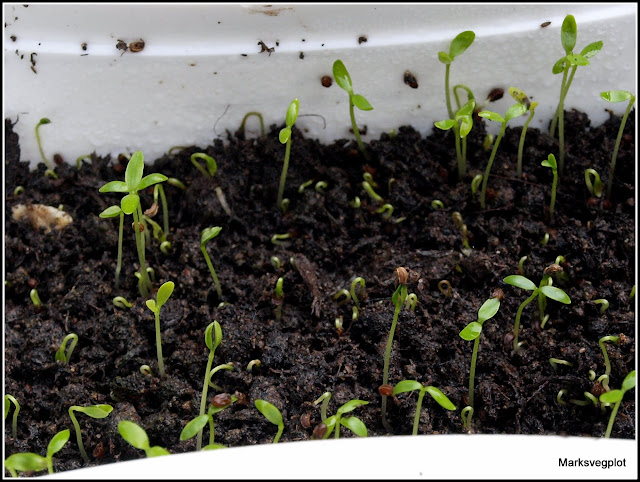 Ah, I've just thought: how many of these seeds sowed themselves in my garden as or before I cut down the parent plant? It could be a lot...
Posted by Mark Willis at 12:00