On Sunday I wrote about "Winding down" in a very end-of-year tone. However, looking around the garden I have realised that the growing season is definitely not yet over.


In one corner of the garden I have all the pots in which I earlier grew my potatoes. As the potatoes were used up, I planted each of the pots with a second crop of some description. Some of these will probably not mature before the frosts kill them off, but others just might. These Dwarf French Beans are just setting pods, and another couple of weeks without frost might allow those pods to reach a useable state. 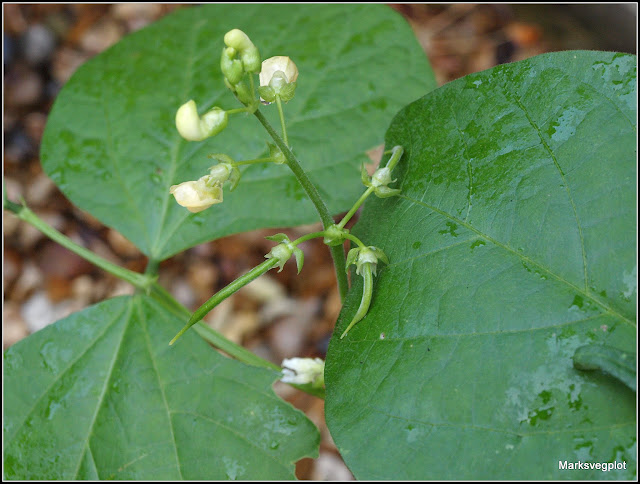 These Leeks are hardy enough to survive the Winter, but they are growing ever so slowly. Maybe the potatoes used up all the nutrients in their pot of soil / compost? 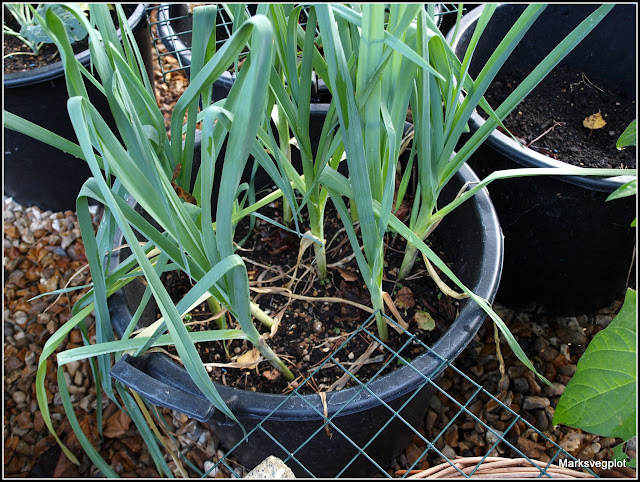 This Brokali plant is doing OK (without any competition, you'll note). 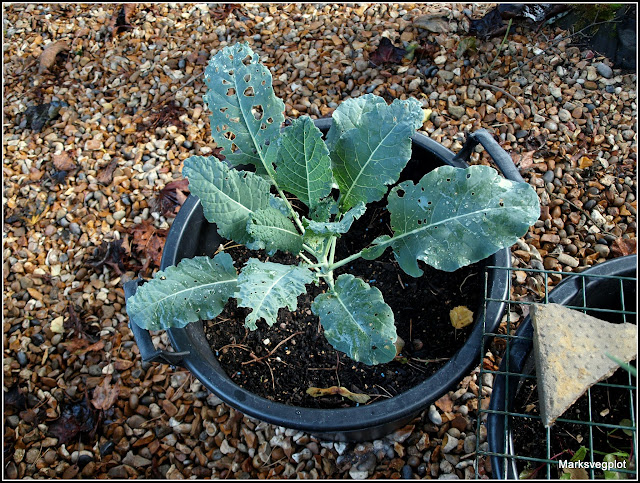 I did have two more Brokali plants, but one succumbed to the Cabbage Root Fly, and the other has been dug up by the nocturnal animals more than once. Each time I replant it, it looks OK for a while but then the blessed creatures dig it up again! It is therefore still tiny.


Less promising are these "Cylindra" Beetroot. They never really got going. Sown too late, even for a second crop, I think. 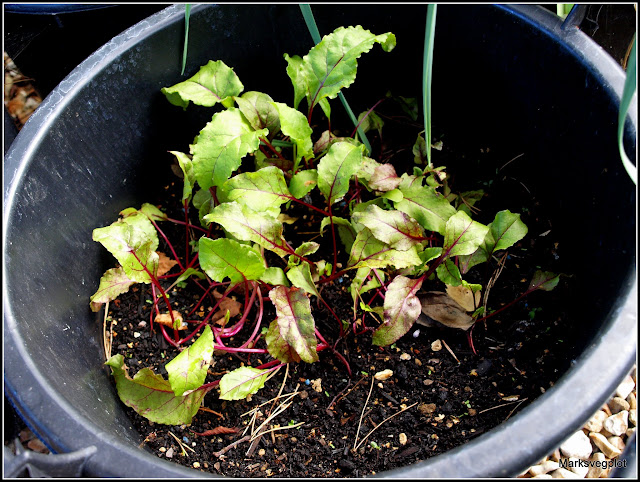 The "Chantenay" Carrots have some lovely foliage, but I don't think they are going to produce any roots. I am guilty of failing to thin them too! 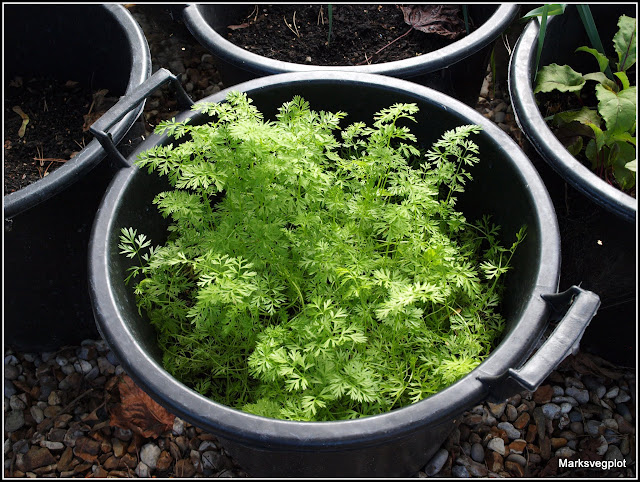 Next to the ex-potato pots I have that second-hand wicker basket I bought the other day. It plays host to some Parsley. Not enough Parsley though. I sowed loads of seeds but only a few germinated. 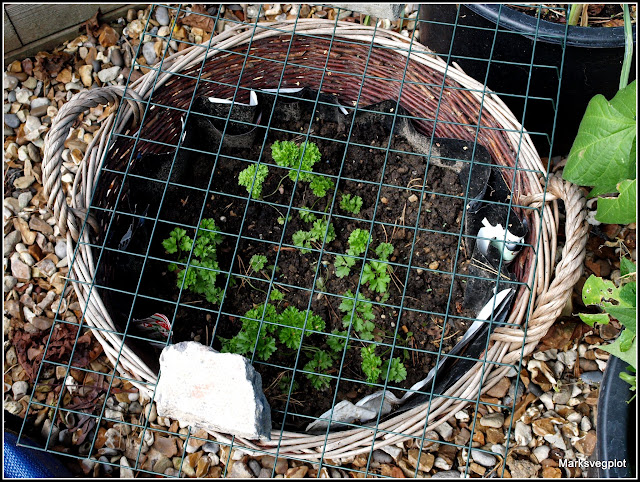 While we're talking pots, here's a last chance to see the Cucamelon plants in their pot. They have finished cropping now, and they will be composted very soon. 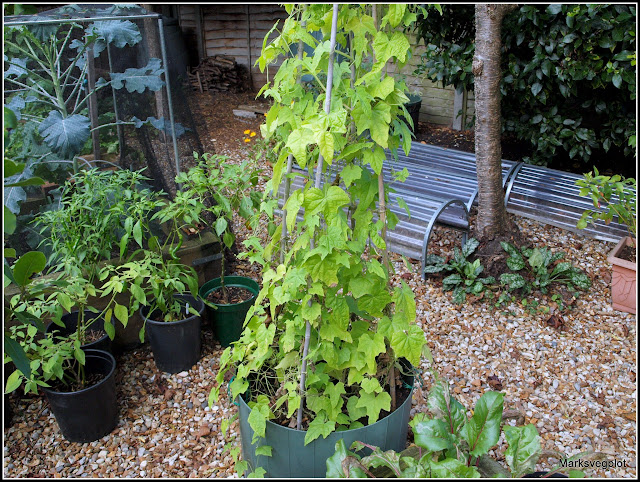 By the way, I gave Lara and Holly (2 of our granddaughters) all of the remaining Cucamelon fruits. They loved them!
Posted by Mark Willis at 12:00