Having been away for a week (and working hard during that time!) we have been enjoying a couple of days of quiet time at home. Despite cool mornings and evenings, the daytime temperatures have been in the mid 20s or higher, so it has been nice weather for pottering about and not doing anything very strenuous. In conditions like these, you can almost see the plants grow. After a slow start, the chillis have responded enthusiastically to the warmth, and most of the plants are covered with fruit. Some of these are ripening too.


It's interesting to see that it is normally the smallest fruits that ripen first.


In this next photo is "Piment d'Espelette", a very mild chilli (only approx. 4000 SHU, so more like a sweet pepper), which hails from the French Basque region. I'm relieved to see the fruits the shape they are, because when I grew this type before they suffered from that compost contamination and came out weirdly distorted. 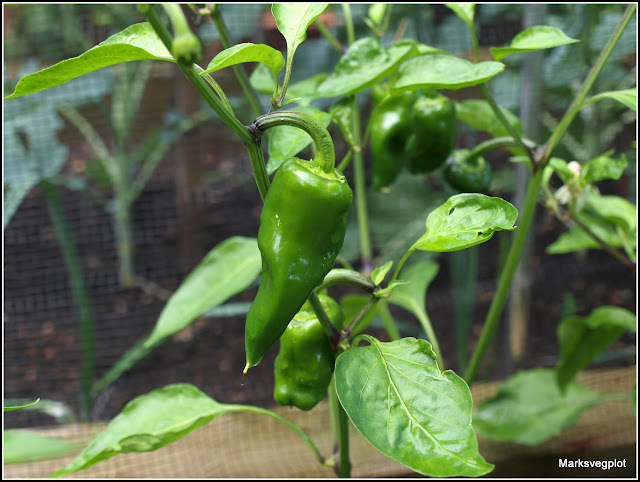 Talking of distortion, what about this tomato, which has grown a nose...


The fine weather has brought the Borlotti on quickly too. Some of the pods have turned colour now. You can see where this variety gets its name "Firetongue". 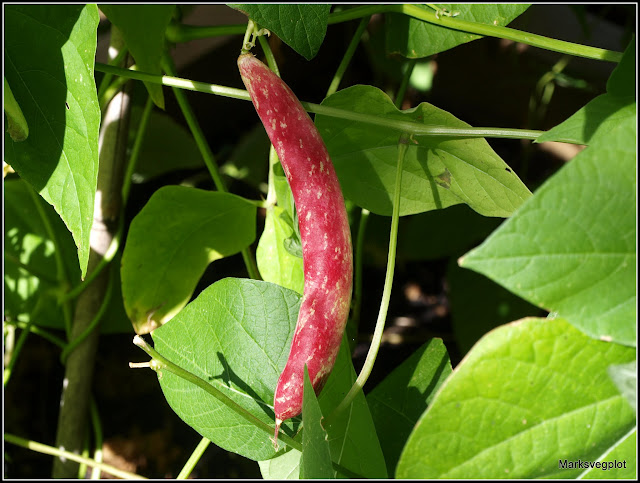 I only have two Borlotto plants, so I won't get a big crop. I'm really growing them for their ornamental qualities. They look really impressive when they colour-up. I'll let them mature on the plants and then shell the beans when the pods are fully dry.

The Runner Beans have not done brilliantly this year. I won't say they have been a failure, just not particularly good. Despite my efforts to keep them well watered, some of the pods have shrivelled up before developing into anything useful. 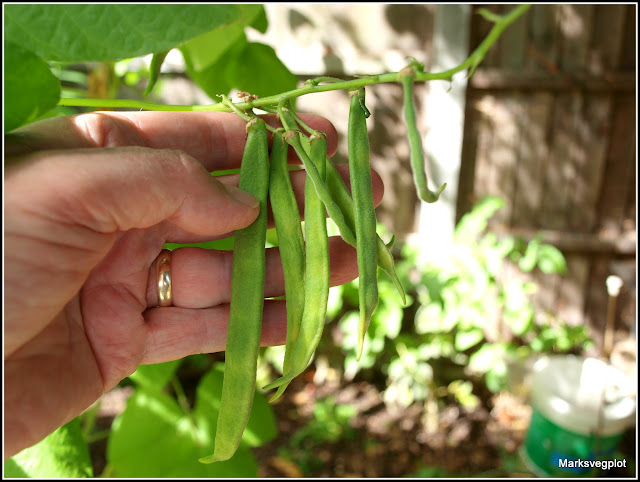 Maybe when the weather turns cooler (and wetter?) they will have another burst of activity. As you can see here, the bees are continuing to do their thing. 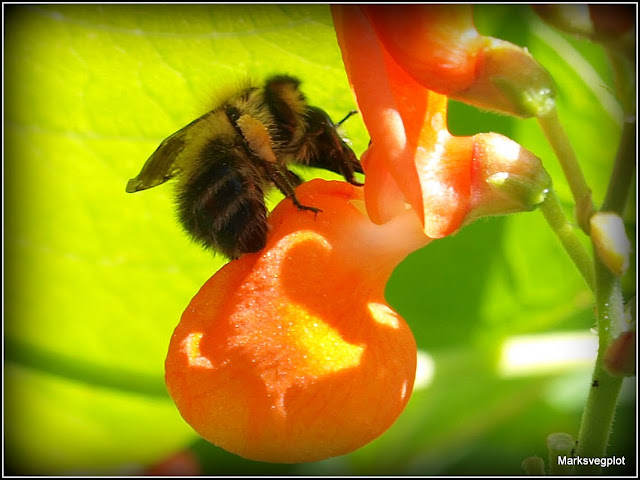 Now that we're into September I'm thinking about Autumn crops and I have been planting more Endive seedlings and potting-on another batch of Radicchio, putting them into 4-inch pots where they will live until there is space for them in one of the raised beds.

Both of these vegetables do better in the cooler Autumn than they do in hot dry conditions.
Posted by Mark Willis at 12:00