There's not much going on in my garden at present, so today I'm going to show you some photos of an interesting fungus I saw on Velmead Common. It is Piptoporus Betulinus, the Birch Polypore. 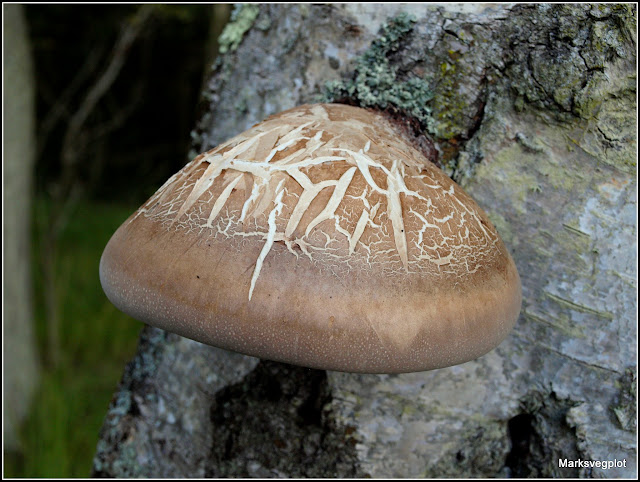 As the name suggests, this fungus grows mainly in and on Birch trees, which are abundant in our part of the world. It seems to grow particularly well on dead wood. In fact the fungus normally enters the host tree through a wound or a broken branch. Over time, the fungus can promote brown rot, which will eventually kill the tree.


When I am walking in the woods I am continually scanning the ground around me, looking for interesting plants, creatures or fungi, and I don't always remember to look UP as well. On this occasion I more or less came face to face with a tree that had several Birch Polypores growing on it: 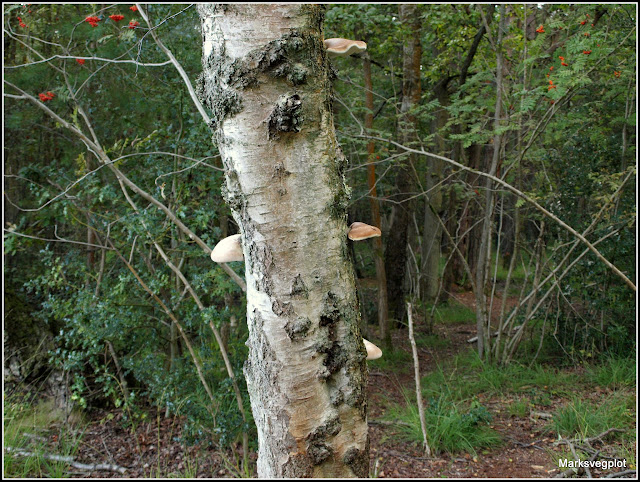 The Birch Polypore is a type of "bracket fungus" and the fruiting bodies of the fungus burst out from the bark of the host tree and form a sort of ledge (or bracket). They come in many different shapes and sizes. This one is typical. I looks like a huge solidified drip! 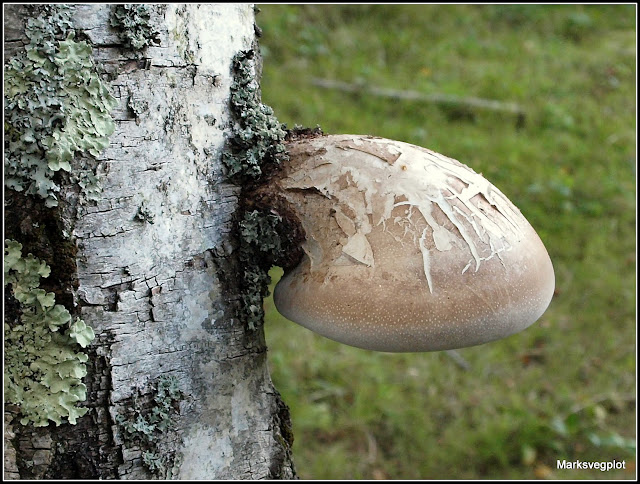 This one with the scalloped edge was a bit high up for me to photograph properly - hence the blurry photo. 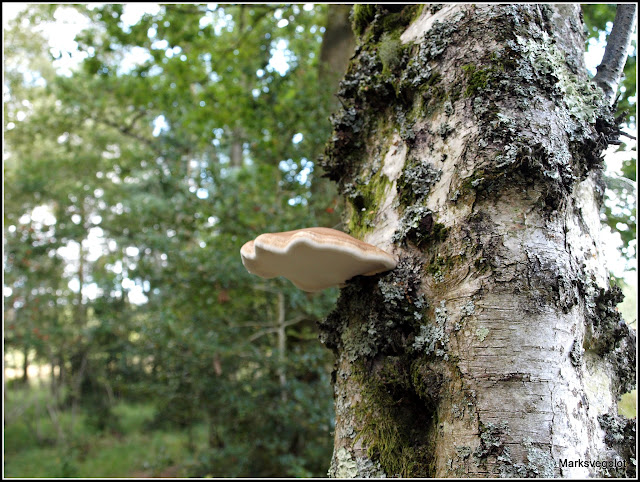 This one was flatter, with a russetty-brown upper surface. 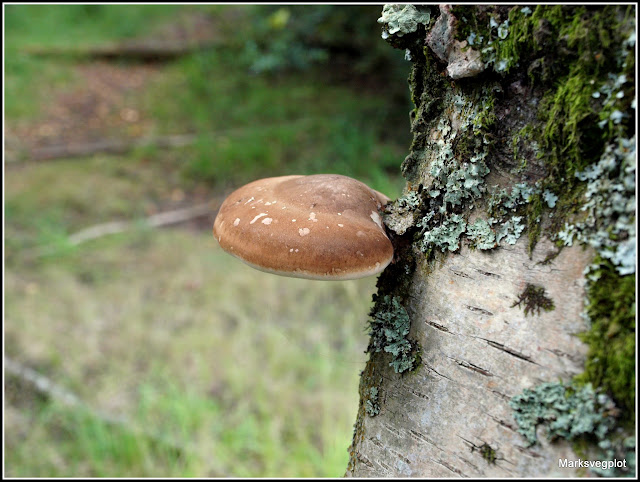 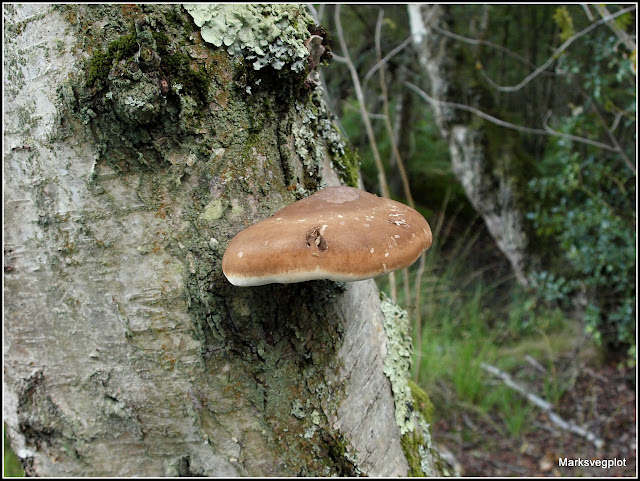 I read on Wikipedia that "The fungus can harbor a large number of species of insects that depend on it for food and as breeding sites." Zooming in on the fungus in the previous photo, you can see a tiny creature of some sort just below the wound in the fungus itself. 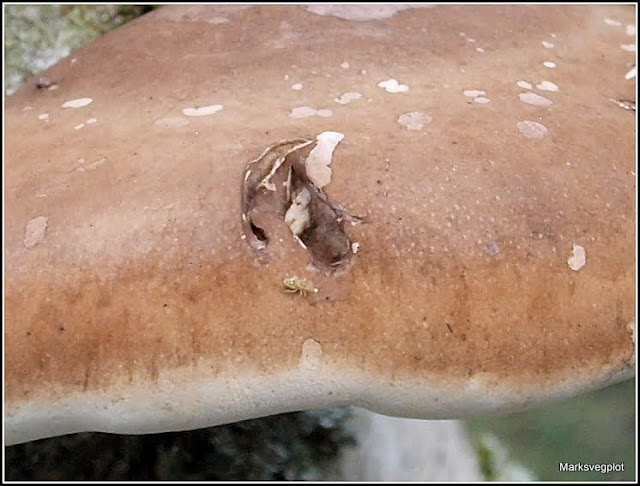 In theory this type of fungus is edible, or at least not poisonous. The description given in the Wikipedia entry doesn't inspire me to want to eat it though: "Technically, it is an edible mushroom, with a strong, pleasant "mushroomy" odor but a bitter taste. "  The texture doesn't sound too endearing either: "...a rubbery texture, becoming corky with age."  I think I'll confine myself to observing it! 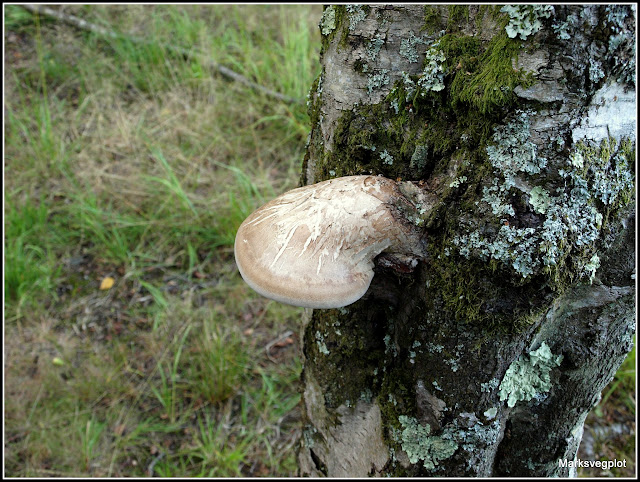 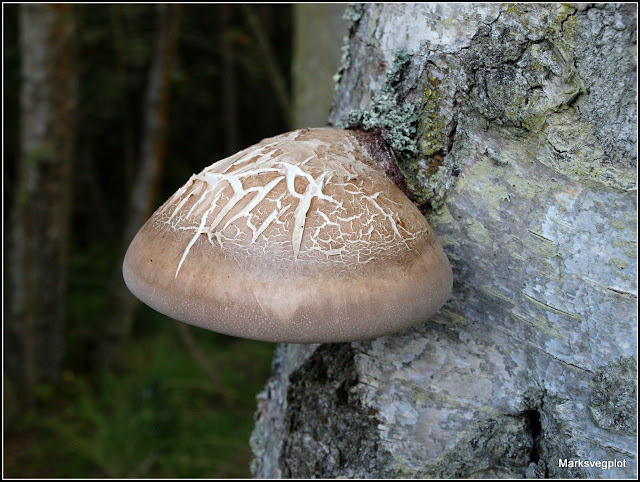 On the same day as that on which I saw the Birch Polypore I also saw this. I'm fairly sure it is a Boletus Edulis, aka Penny Bun, Cep, Porcino etc. 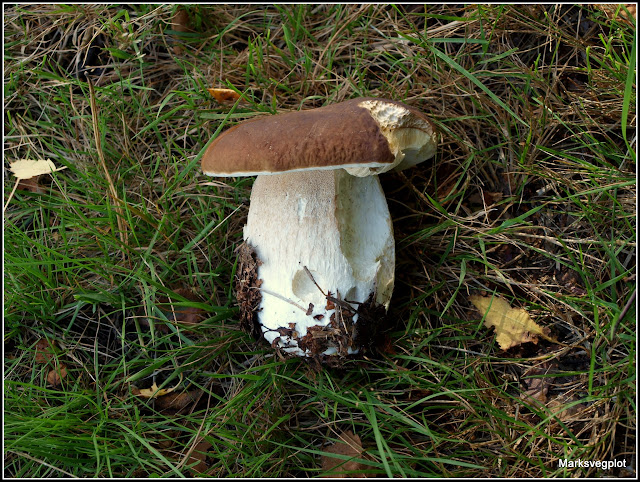 If I had been sure of its identity I would probably have brought it home and cooked it (though I wouldn't have been the first to have a nibble, evidently!) 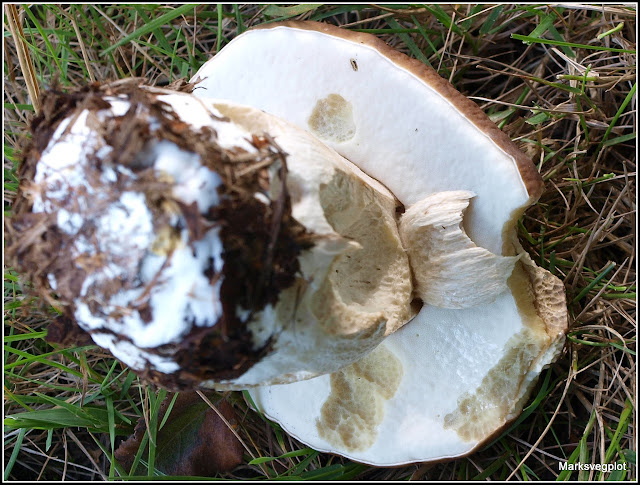 Finally, this one. I don't know what it is, but it doesn't look edible to me. Possibly a member of the Russula (Brittlegill) family? 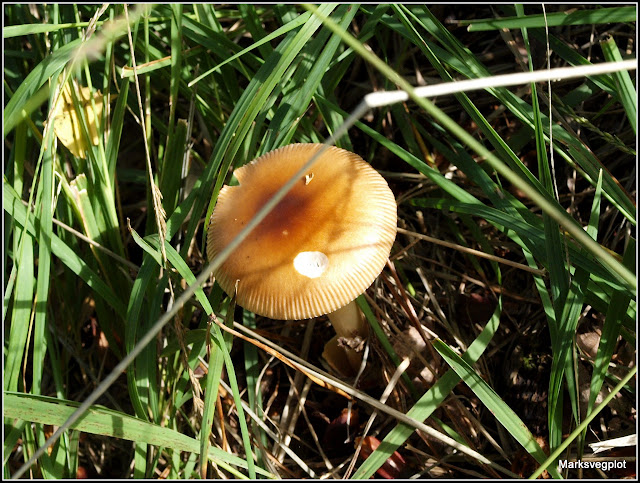 Early Autumn is usually the best time of year for fungi-spotting, and I'm considering joining a tutored Fungi Walk taking place near us in a couple of weeks. 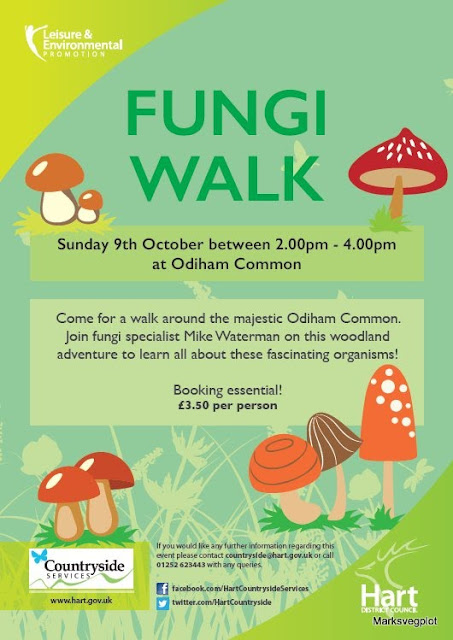 I've often thought it would be nice to know a bit more about fungi, so this could be my chance!
Posted by Mark Willis at 17:30