The most significant harvest for me this week has been the Spanish Hanging Tomatoes, about which I wrote a few days ago.


I also dug up the last of my container-grown potatoes. These are "Pink Fir Apple". 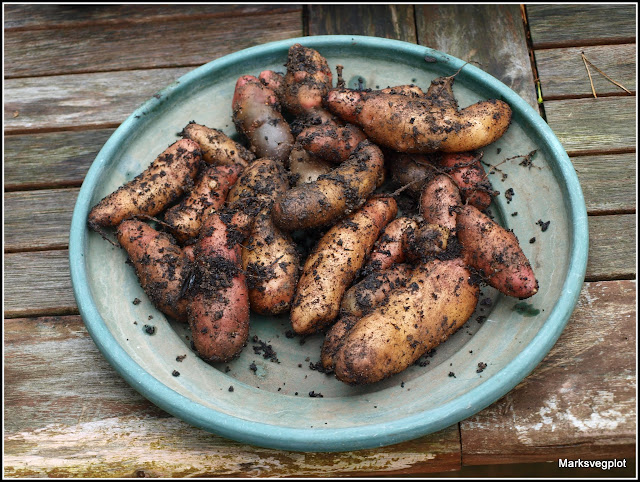 This was the least good of my 4 pots of PFA. Several of the tubers had worked their way to the surface and gone green, but even more worrying, some tubers had gone soft and mushy. When the rejects had been discarded I was left with a mere 547g. 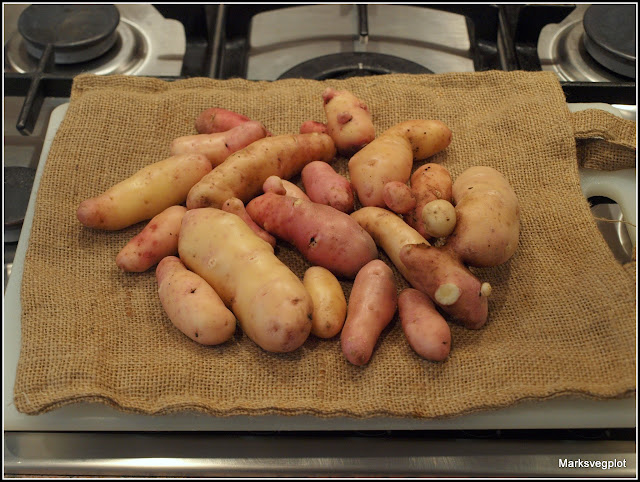 The chillis are ripening nicely now (I just hope the weather holds), and I have picked and dried a few more of most types. 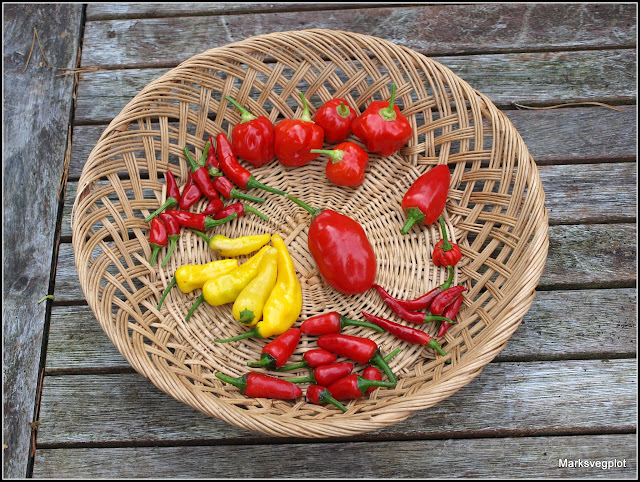 In the photo below you can see one big "Alberto's Locoto" Rocoto in the centre, and then around the edge, starting from the 12-o-clock position we have small red "Purira", big round "Brazilian Starfish", one fat "Nigel's Outdoor", one tiny deeply-ribbed "7-Pot Brain Strain", a few slim "Turkey, small red", some of the chubby unknown hybrid a bit similar to "Apache", and finally the yellow "Aji Limon". 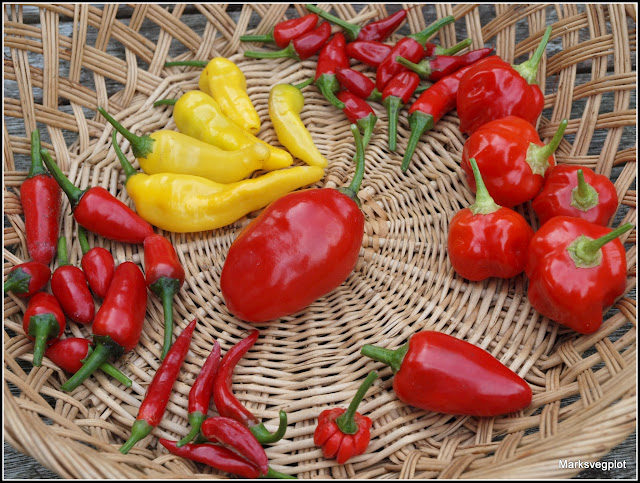 On the day I picked those chillis I also got a few Runner and Borlotto beans and some more tomatoes. 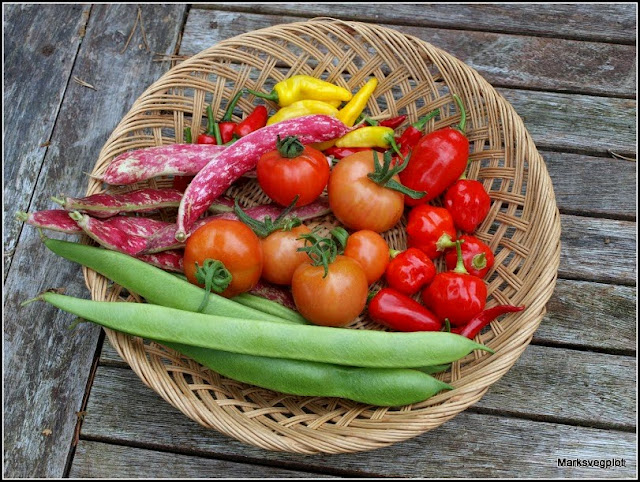 As you'll note, I'm picking the tomatoes under-ripe for ripening indoors. This makes them less vulnerable to damage by blight, slugs and weather, as well as speeding-up the ripening. I think that once a tomato begins to turn colour, its flavour will be just as good ripened off the vine as on the vine. It just needs time!


This is my contribution to Harvest Monday, hosted by Dave at Our Happy Acres.