Earlier this year I planted 12 cabbage seedlings in one of my raised beds, and these included two "Ruby Perfection" Red Cabbages. 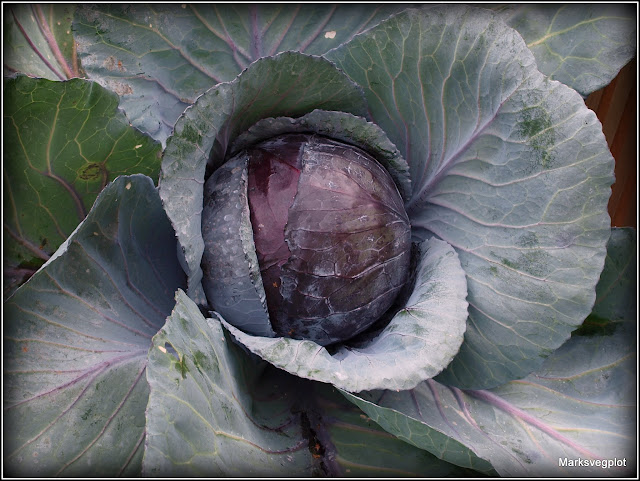 Cabbages like this grow pretty slowly. I sowed the seeds on 13th February, and planted out the seedlings on 19th April.


The cardboard rectangle is a "brassica collar", aimed at preventing Cabbage Root Flies laying their eggs next to the plant's stem. The sticks are to deter diggers, such as cats and foxes. Both these devices evidently worked, because now, over six month later, I have harvested the first one.


I had said all along that I think of Red Cabbage as being an Autumn vegetable, and I didn't want mine to mature too soon, but now that we are in September I felt justified in cutting this one. It was enormous. I think you will understand why I only planted two! 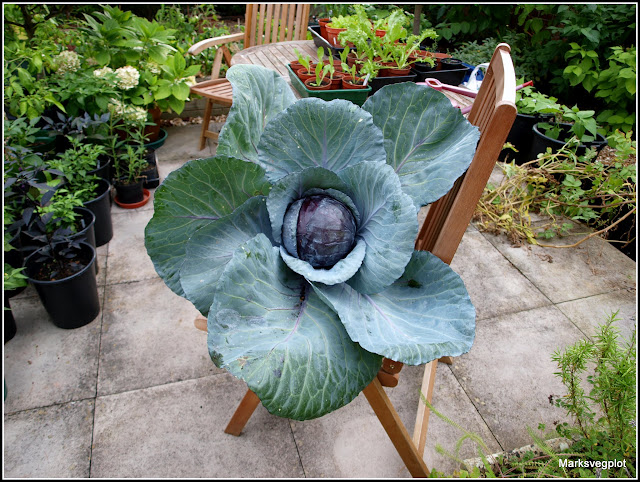 After removing the outer leaves I was left with this: 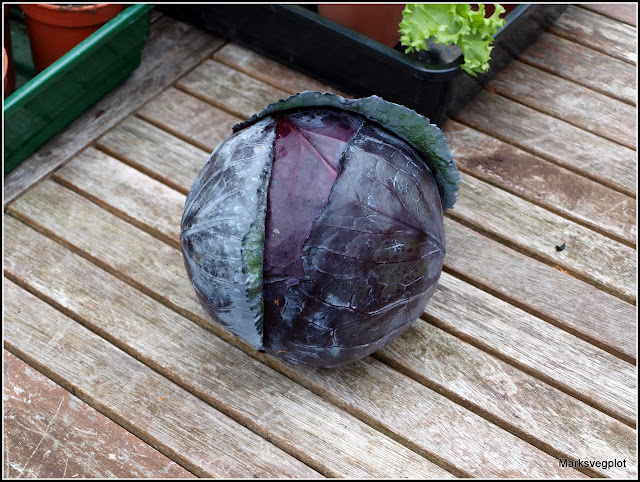 It's a very dense cabbage, thus very heavy. It weighed 1.6ks (approx. 3.5 lbs). It's probably the best individual specimen of Red Cabbage I have ever grown, so this variety is definitely a keeper.