I think it's fair to say that the best fruit and veg are not normally the ones produced right at the end of a plant's growing season. We pick all the fruits, but the plant is desperate to pass on its genes to a new generation so it keeps on putting out new fruits (aka seed-pods) for as long as it possibly can, even when the weather conditions begin to deteriorate. The result can sometimes be a bit weird: 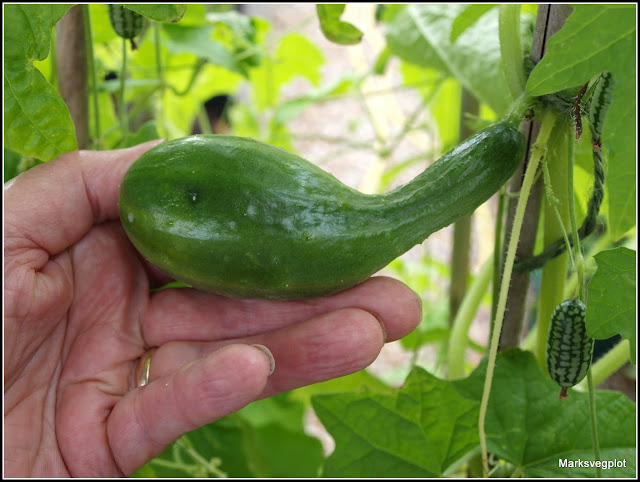 I guess that in its early days that "Passandra" cucumber was too thirsty to develop properly, but now that it has turned a bit cooler and wetter, it has decided to grow "properly". Normally it would be more like this (though even this is not a fine specimen). 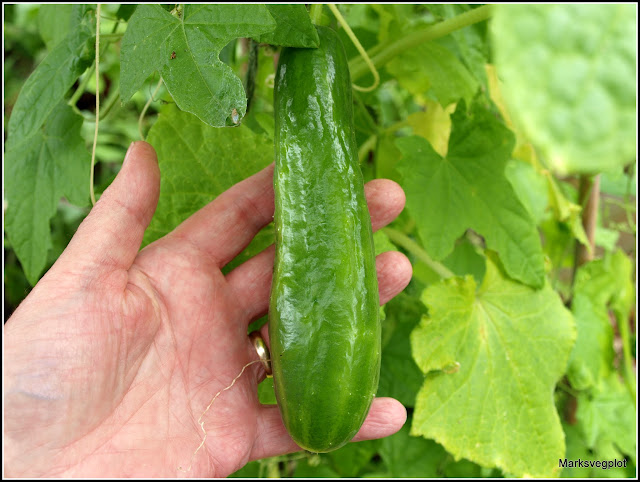 This year, my tomatoes have been through 3 phases. Initially they set lots of fruit, then they had a barren patch, followed by another growth spurt in which a lot more fruit set. On several of the plants there is a really well-populated truss right at the top of the plant - like on this "Tigerella" one.

"Stupice", which was the first to produce ripe fruit, has done the same:

In fact, "Stupice" has decided it's not finished yet, and is optimistically setting yet more fruit! There's only a very slim chance that any of those will make it to maturity.


Seen here in the small black pots are four tomato plants which I grew from side-shoot cuttings of my "Larisa" plant. It's the first time I have done this, and I didn't know whether they would be any good. As it happens, they have grown quite well and developed much quicker than I expected. Even so, it was always going to be a race against time. 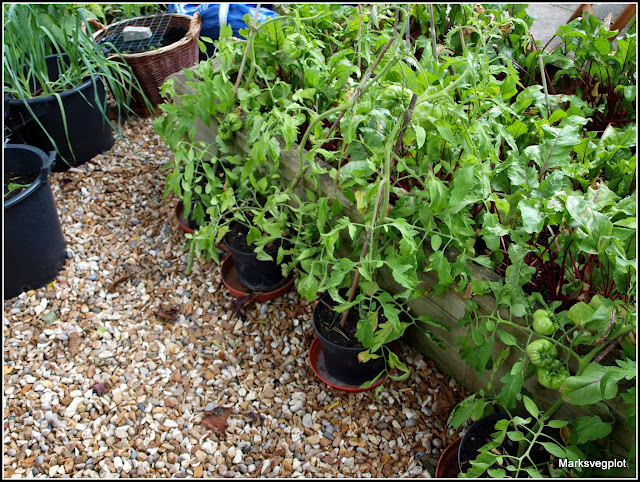 I stopped the plants when they had set 2 trusses so that they would concentrate on fruit-production rather than foliage, and I have limited them to 4 fruits each (quality over quantity, don't you know). The fruits are fairly big now, and I think they stand a good chance of ripening in due course - even if it has to be indoors.


My second crop of peas has been just a handful of seeds sown in a pot formerly used for potatoes, and has not been a big success! 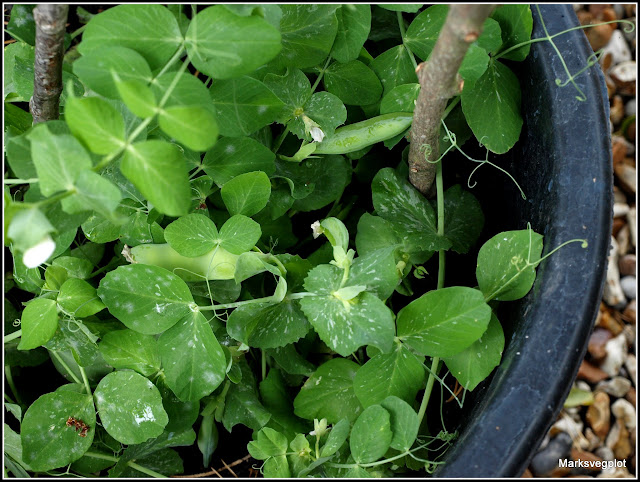 I think there are 8 plants in the tub, and between them they will produce about 8 pods! Still, I suppose anything is better than nothing. It was just too late in the year to sow them I think.

I still have two more pots of "Pink Fir Apple" potatoes waiting to be harvested. One of them has tubers thrusting up out of the soil, as if to say "Come on, it's about time you harvested me!" 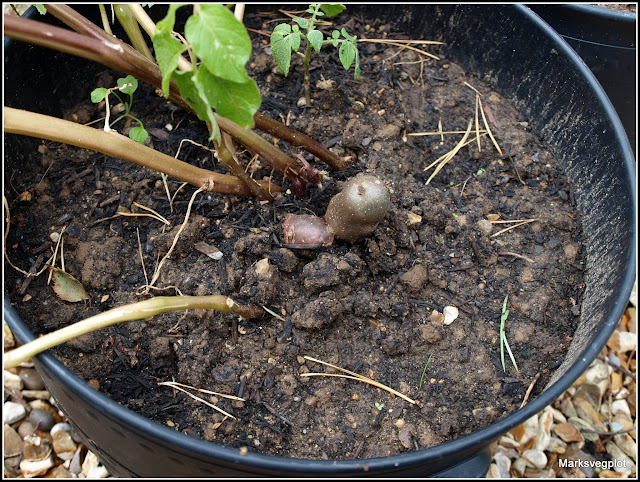 Potato tubers go green when exposed to light, and become poisonous, so I won't be eating those two, but I expect there are plenty more good ones down below.

This next photo is also evidence of success. It shows a ripe "Aji Limon" chilli. 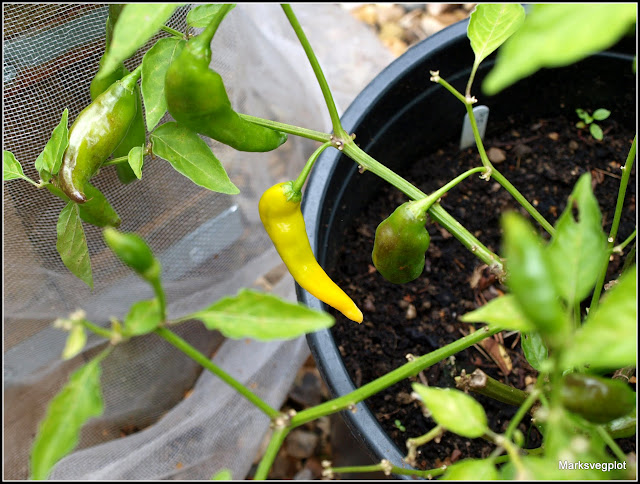 In previous years I have grown this variety from seeds sown in February, and the plants have always struggled to produce ripe fruit before Autumn kills them off. They are usually the last ones to ripen. This time though I have two plants which I kept over the Winter from last year, and they got going a lot quicker. Their fruits are already ripening now, and it's only the first week of September. That's a good result for me - bearing in mind that all my chillis are grown outdoors. I'm going to publish a full chilli update tomorrow.


Now that we are into September the chances are that cooler weather will arrive soon, and here in NE Hampshire the first frosts often occur at the end of this month. It's a good time to check your coldframes and cloches, to make sure they are ready to protect plants which need just a little longer to mature. Also to cut down and compost the foliage of any vegetables (and indeed flowers) that are finished. If you leave them in place they can harbour diseases and fungal growths as well as providing more hiding-places for slugs.
Posted by Mark Willis at 12:00