"Tomates de colgar" means literally "tomatoes for hanging-up" [in Spanish.]. In certain parts of Spain (e.g. Catalonia) and in Mallorca, they grow a type of tomato that is very firm and dense, which will keep for ages (possibly several months) if stored correctly. 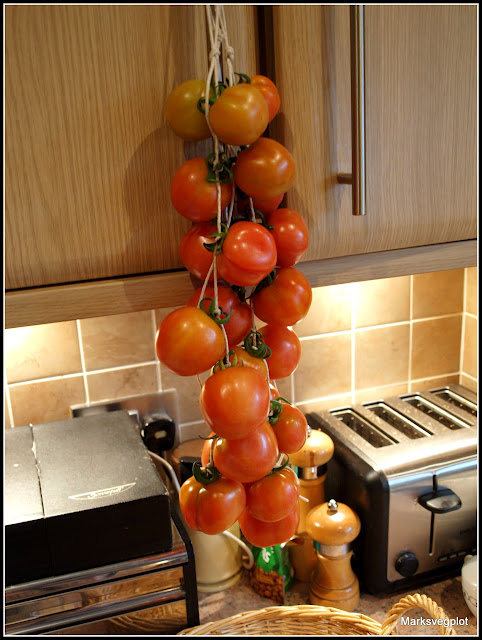 "Storing correctly" means tying them onto strings, a bit like plaiting onions or garlic, and hanging them up somewhere cool and airy. You see now where they get their name...


Earlier this year, a Twitter friend who lives in Scotland (@Airpotgardener) kindly sent me some seeds for this type of tomato. Thanks Alex! Due to space limitations, I have only grown one plant of this type, but it has done well. 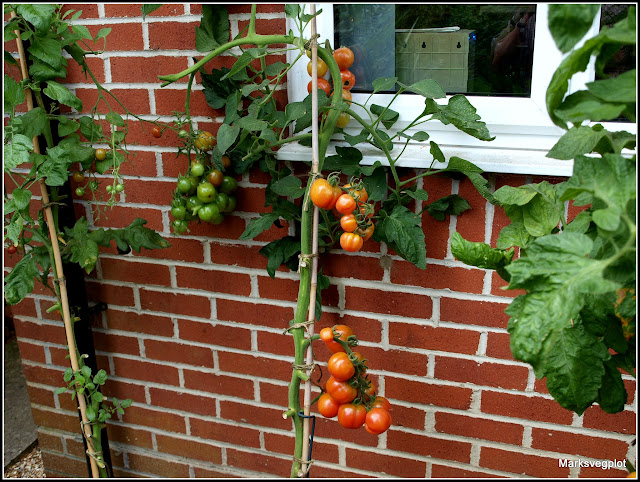 With the weather having turned much cooler, and now wet, I judged yesterday that it was time to cut most of those tomatoes and bring them in to ripen indoors. Alex told me that this type of tomato continues to ripen well in storage. I picked just over 1.5kgs. 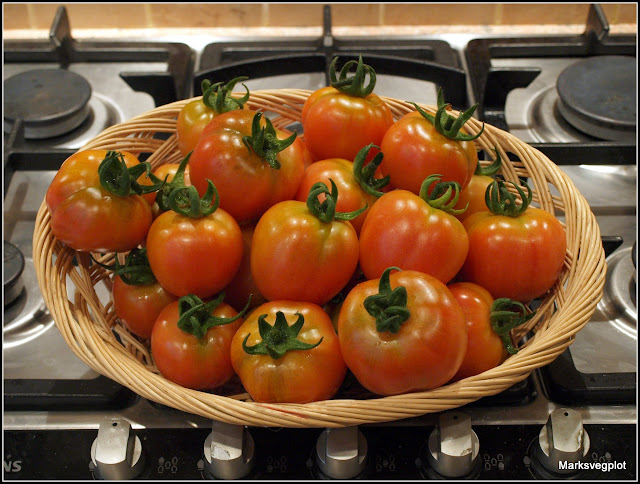 After picking them, I washed the tomatoes thoroughly in cold water to which I added a small amount of mild washing-up liquid, in order to get rid of any nasties. I separated them from the trusses, making sure to break them at the knuckle, leaving the whole calyx, complete with stem, on every fruit. Then when they were dry I tied them together with cotton string - the ordinary "kitchen string" type that you get from the hardware shop. After discarding a couple of very small fruit, I was left with 22, which I tied into 3 separate "bunches".


I have another friend who is very knowledgeable about this type of tomato [Su-Lin, whose blog is Tamarind and Thyme. She is married to a Catalan], and I have been picking her brains about how these tomatoes are used. Apparently since they have thick skins (which presumably go a bit wrinkly with prolonged storage?), the tomatoes are most commonly used to make "Pa amb tomaquet", [Catalan for "bread and tomato"] in which a halved tomato is rubbed onto bread or toast and then drizzled with olive oil. The skin is discarded. This sounds simple but delicious, and I shall certainly be trying it.

Before then though, the tomatoes have to ripen fully. Mine are now hanging from hooks in the upper section of my wooden potting-bench, in the garage, where it is cool but frost-free: 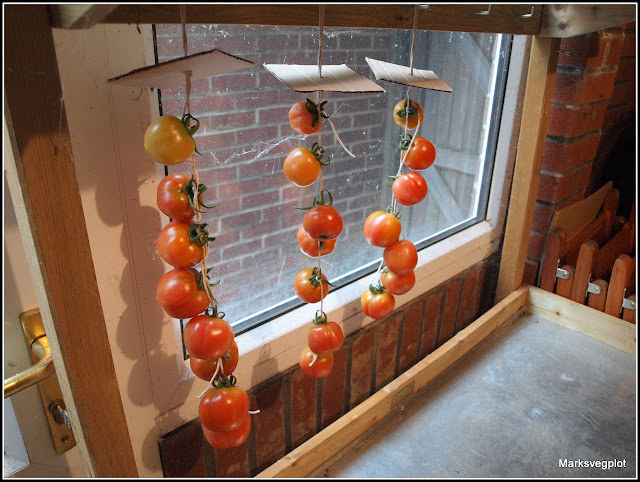 In the past I have had problems with mice coming into the garage during the Winter, so I have equipped each string of tomatoes with an anti-rodent device: 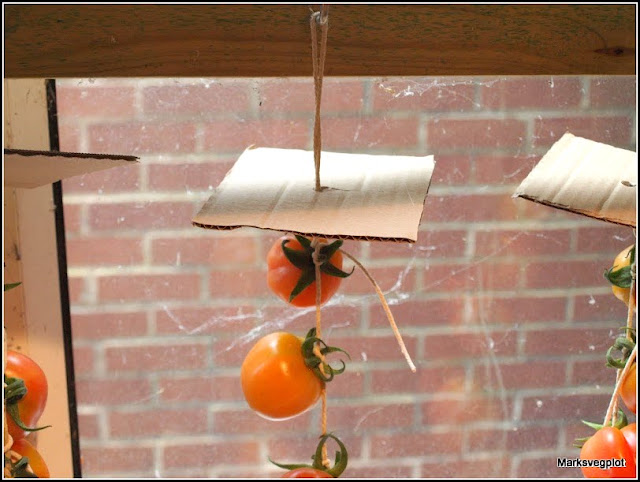 The theory is that those squares of cardboard will prevent the mice climbing down the strings to nibble the tomatoes. Do you think it will work??? In all honesty, I could hardly blame the mice, because these are very attractive-looking fruits! 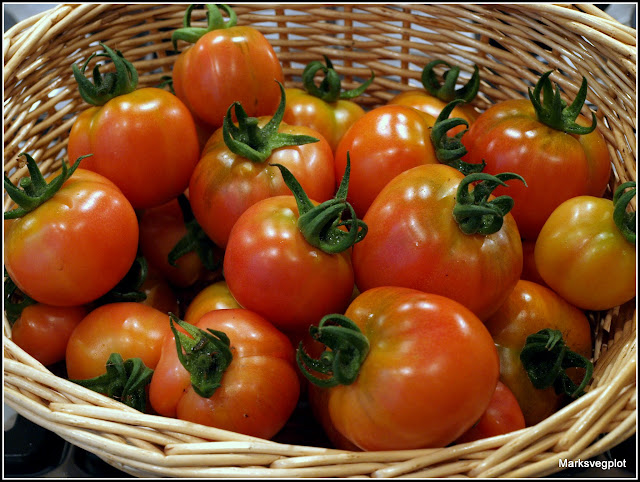 There is still one more truss of fruit left on the plant (the 5th one). It has lots of fruits on it, but they are quite small and mostly still green, so I'm leaving them a bit longer.


If you are interested in growing this type of tomato (in the UK), seeds are available from REAL SEEDS. Su-Lin tells me she has been growing two named varieties of this type, called Mallorqui (from Mallorca!) and Domingo, but I haven't found seeds for these available commercially anywhere. Su-Lin also sent me this link to a database with details of all sort of heritage veg from Catalonia - a veritable treasure-trove of interesting goodies! (I just need to brush up on my Catalan language skills now...)