Things have been a bit quiet in my garden recently, with little harvesting going on. We have been away for a couple of days again, so I didn't want to be left with produce that wouldn't get eaten. However, there have been some exceptions...

Of course the tomatoes have continued to come in. We have used a lot of tomatoes, but we're not yet tired of them! 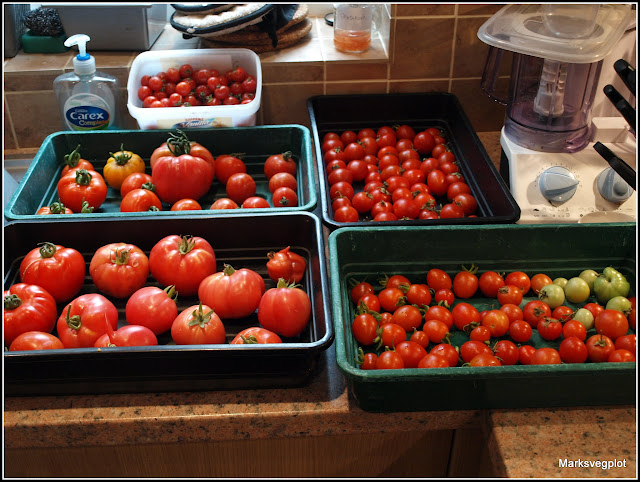 Jane made some tomato ketchup, and a tomato pizza; I made a spicy tomato sauce for with Runner Beans; our granddaughter Lara has used our dehydrator to make a couple of batches of semi-dried tomatoes (for which she has developed a craving), etc.

Every few days I pick another small batch of beetroot. Fortunately they are all maturing at different times, which suits us well.

One of my favourite ways to eat beetroot is to boil it and serve it cold, smothered in Blue Cheese Dressing. A lot of the commercial Blue Cheese Dressings are very unpleasant, but we have found that the French's one is not bad - though we do sometimes feel the need to add extra cheese to it!

The "Streamline" Runner Beans seem to have picked up again - I think because we had a spell of decent heavy rain one night - and are producing some of the best pods I have had this year. "Tenderstar" continues to under-perform.

This is the most recent batch of Runners (600g), which are mostly "Streamline" ones. 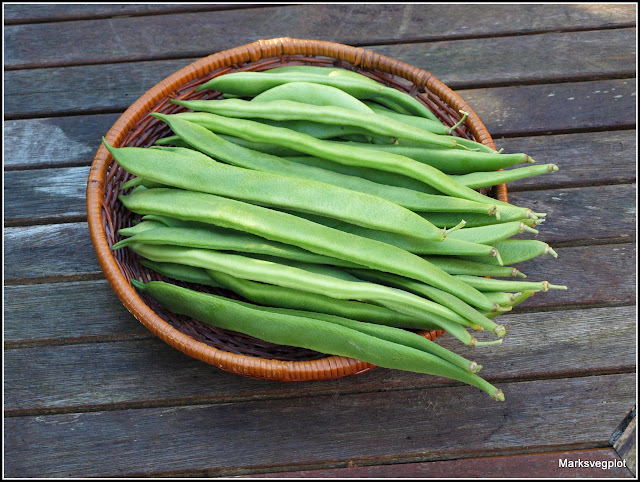 At this stage of the year I seldom bother to photograph the very small harvests, which somehow seem less exciting in September than they do in May, so I'll simply mention the fact that I have during this past week picked a Lollo Biondo lettuce, one cucumber, a handful each of Raspberries and Blueberries, about six "Cobra" French Beans, and one green chilli (the latter went into my tomato sauce).


Late addition - harvests from Sunday afternoon, after our return home...


Another batch of "Pink Fir Apple" potatoes - the third of my four pots of them. 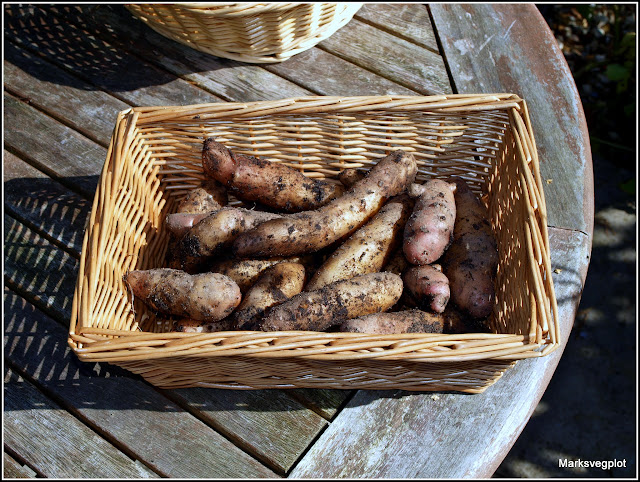 This batch weighed 845g. That's from one seed-tuber. 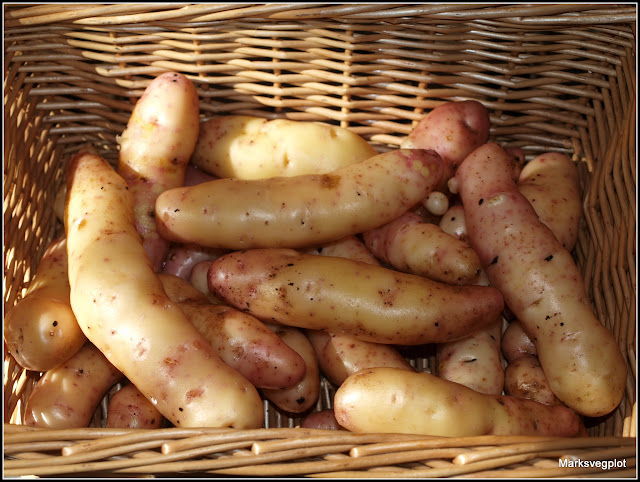 Carrots. Lots of carrots. This bunch weighed just over 2kgs, but there are loads more. It's amazing how many carrots you can get out of a bed 2.4 x 1 metre! 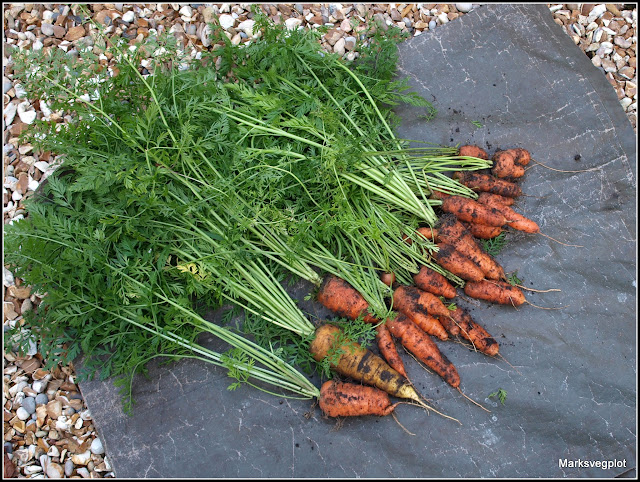 Most of these ones were "Autumn King", with a few "Norwich". The off-trend yellow one is one of the former. It alone weighed 321g. 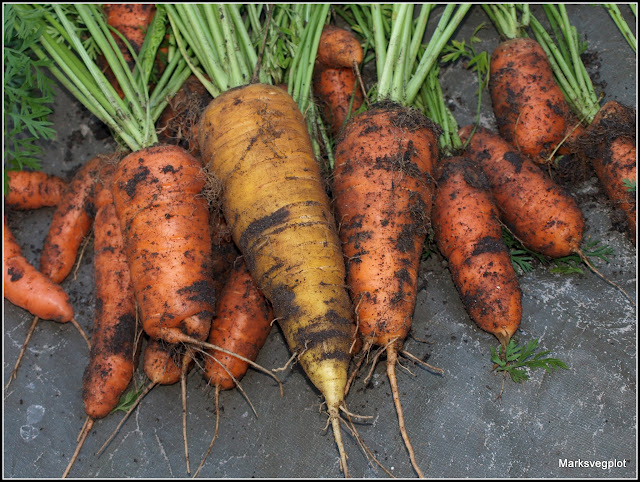 The sad thing is that about 75% of my carrots would be rejected by most of our supermarkets because they are insufficiently regular, which is ridiculous really, since they have excellent taste and texture.


This is my entry for Harvest Monday, hosted by Dave at Our Happy Acres, where I'm sure you will be able to see the details of many more fine harvests.
Posted by Mark Willis at 10:00