The other day I was singing the praises of some composted stable manure that I bought earlier in the year, but I have changed my tune now. I am fairly sure that it is contaminated with aminopyralid weedkiller. This type of weedkiller is used by farmers to control weeds on pastureland. Animals grazing this land ingest the weedkiller (which does them no harm), but it is passed through into their manure - some of which evidently makes its way into commercial compost!

I won't attempt to explain the whole saga in detail, because that has been done before - most notably by Sue Garrett on her blog Our Plot At Green Lane Allotments - but I just want to provide some evidence that although this issue is supposedly a thing of the past, it isn't. In theory, according to regulations introduced in 2010 manure which potentially includes this type of weedkiller should be retained on the farm of origin, but it appears that this does not happen in every case. I bought 12 bags of  composted stable manure in March of this year, and used most of it in the big pots I am using for growing tomatoes and potatoes. I also dug some into my raised beds as a soil-improver.

The main symptom of contamination is distortion and malformation of plants stems and leaves, particularly at their growing points: 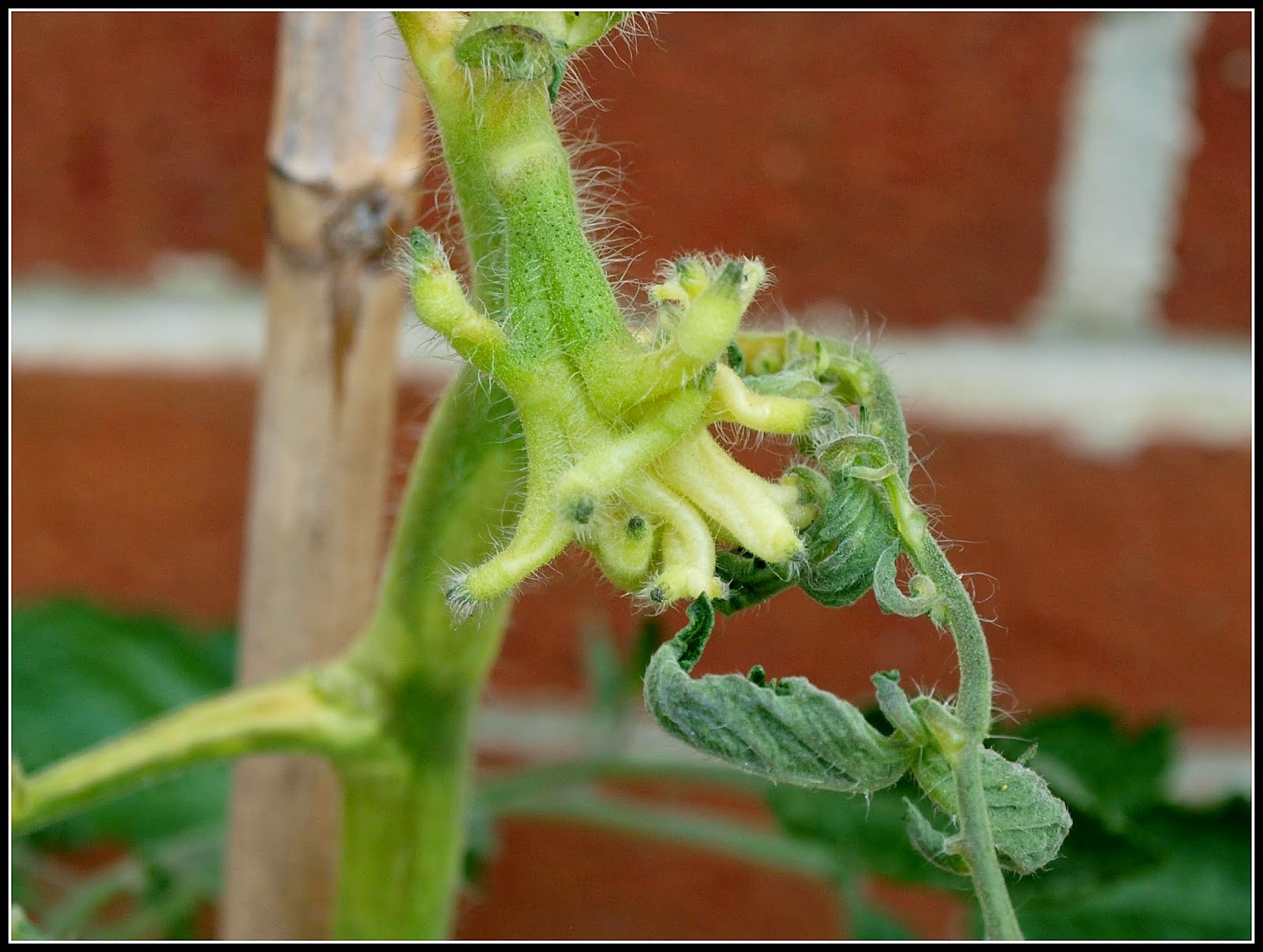 The leaves are thin and spindly, often described as "fern-like", and are curled inwards. 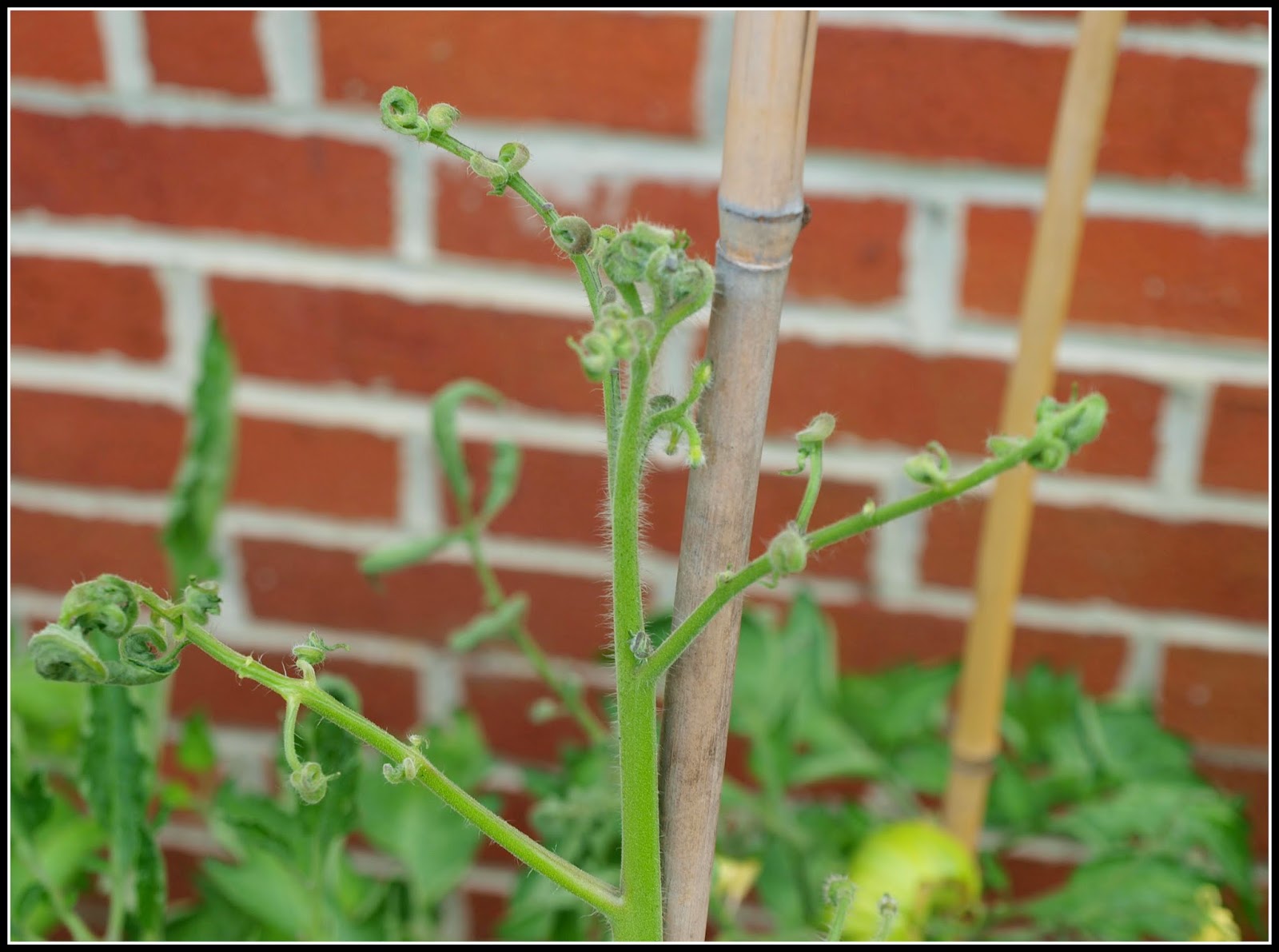 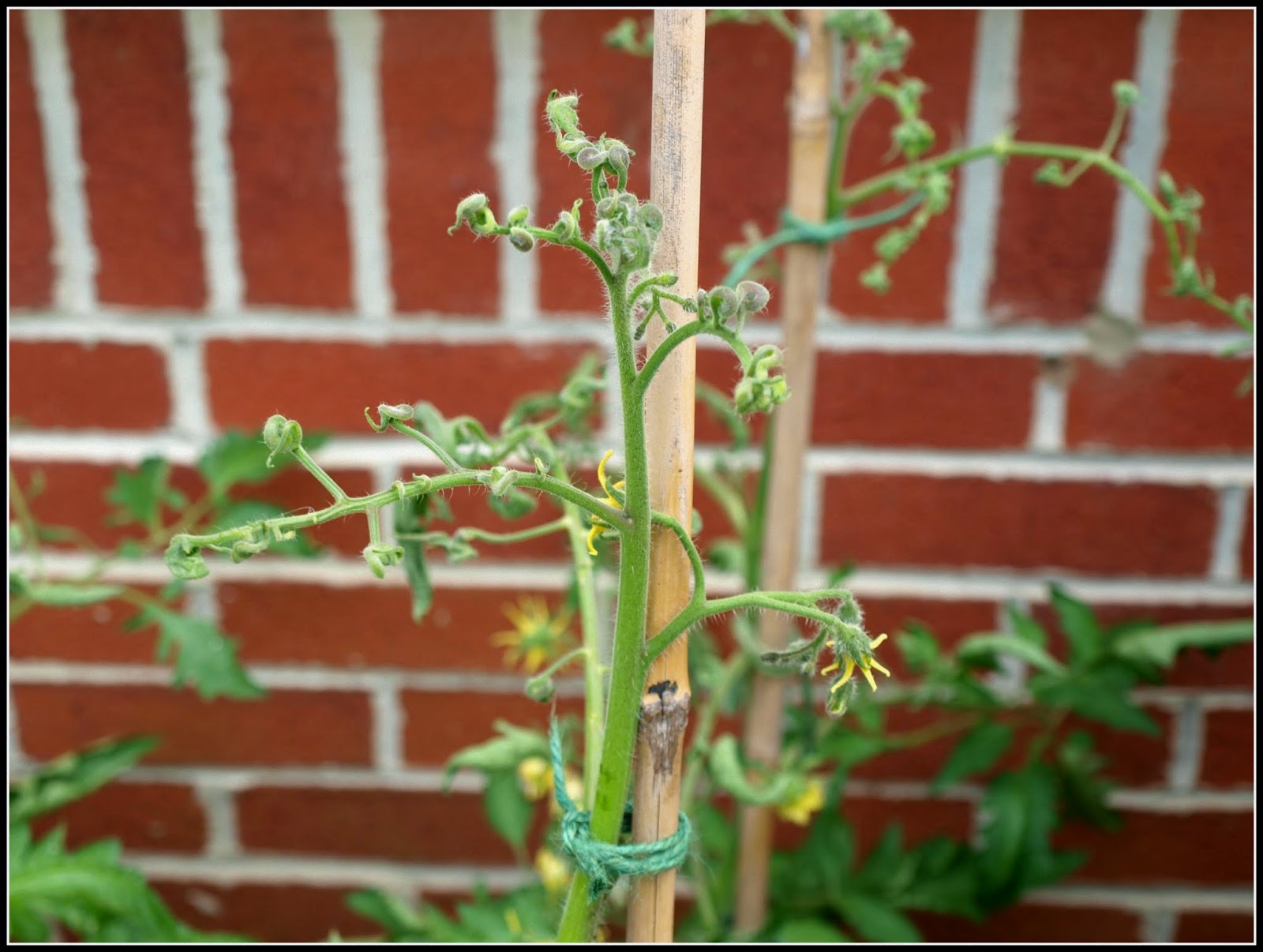 In potatoes the leaves adopt a distinctive "cupped" configuration. 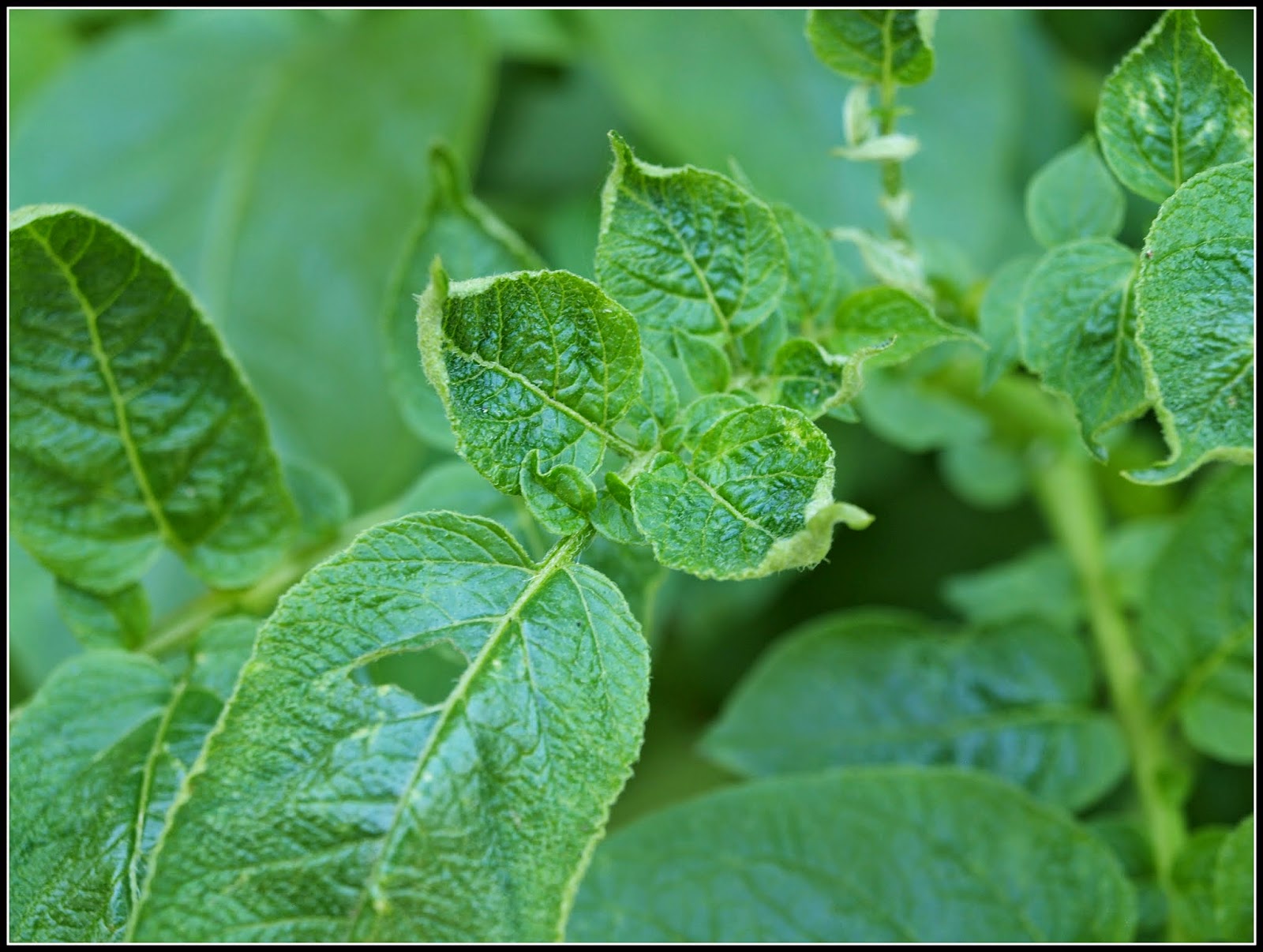 The plants most susceptible to this type of damage are tomatoes, potatoes, peas, beans, phlox, delphiniums and roses.﻿ Fortunately, everyone seems to agree that food crops affected by this type of weedkiller are not harmful to either humans or animals, though it is accepted that yields are likely to be poor and some fruits (e.g. the tomatoes) will be malformed.

As it happens, my potatoes this year have been very good so far (I have only harvested First Earlies, not Second Earlies or Maincrops yet), so I am not too worried if the leaves are a bit distorted, as long as the crop is OK. Tomatoes are another matter. Evidently the weedkiller took a while to be absorbed by the plants, because their lower leaves are normal. However, the upper parts of the plants are thin and straggly, and I don't see them producing much of a crop. 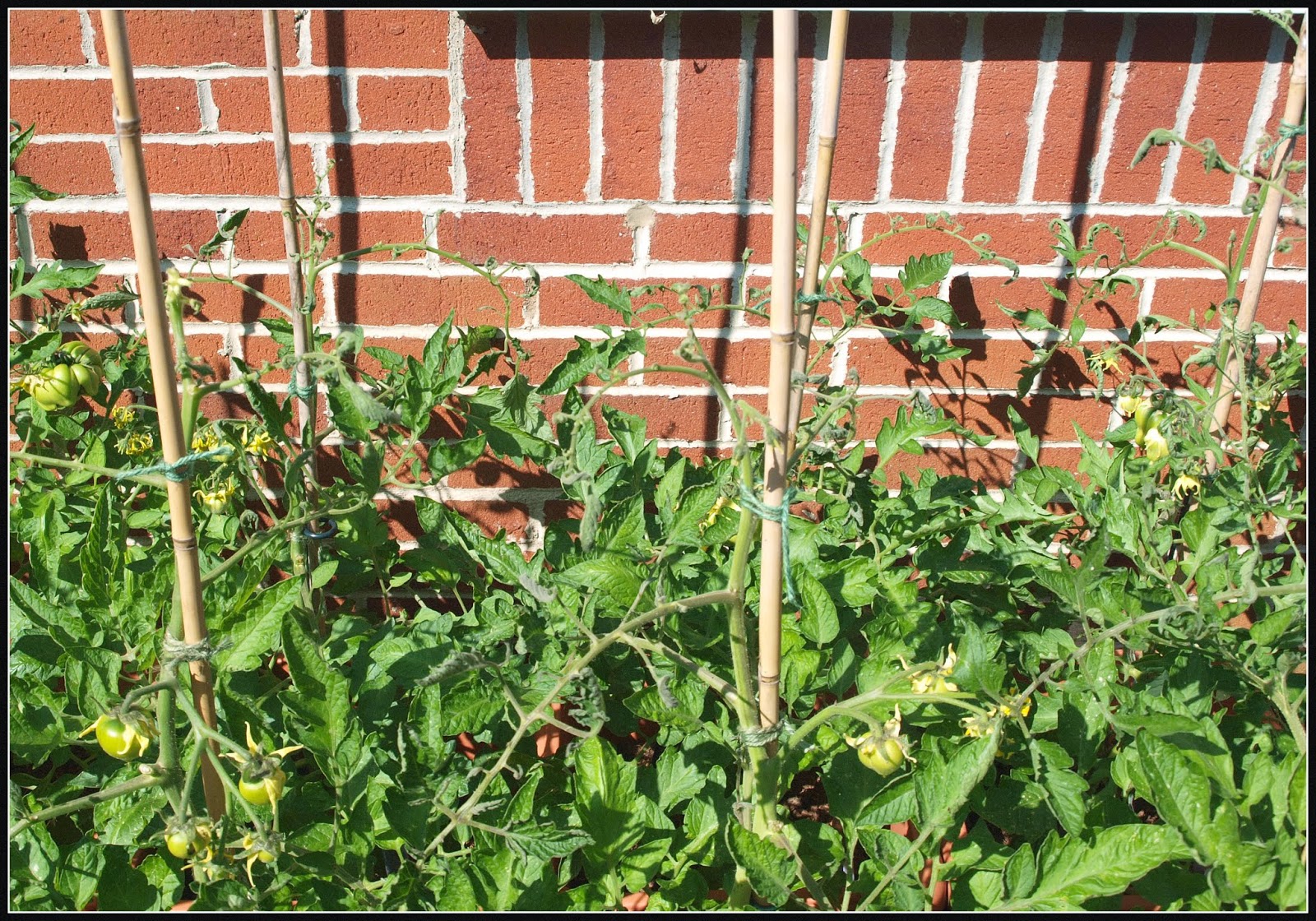 It's not all bad though, because the first truss on each plant seems to be forming OK. Many of my plants this year are Beefsteak varieities, well known for thier irregular shape, so I was fully expecting some ugly specimens! This, for instance is "Noire Charbonneuse". 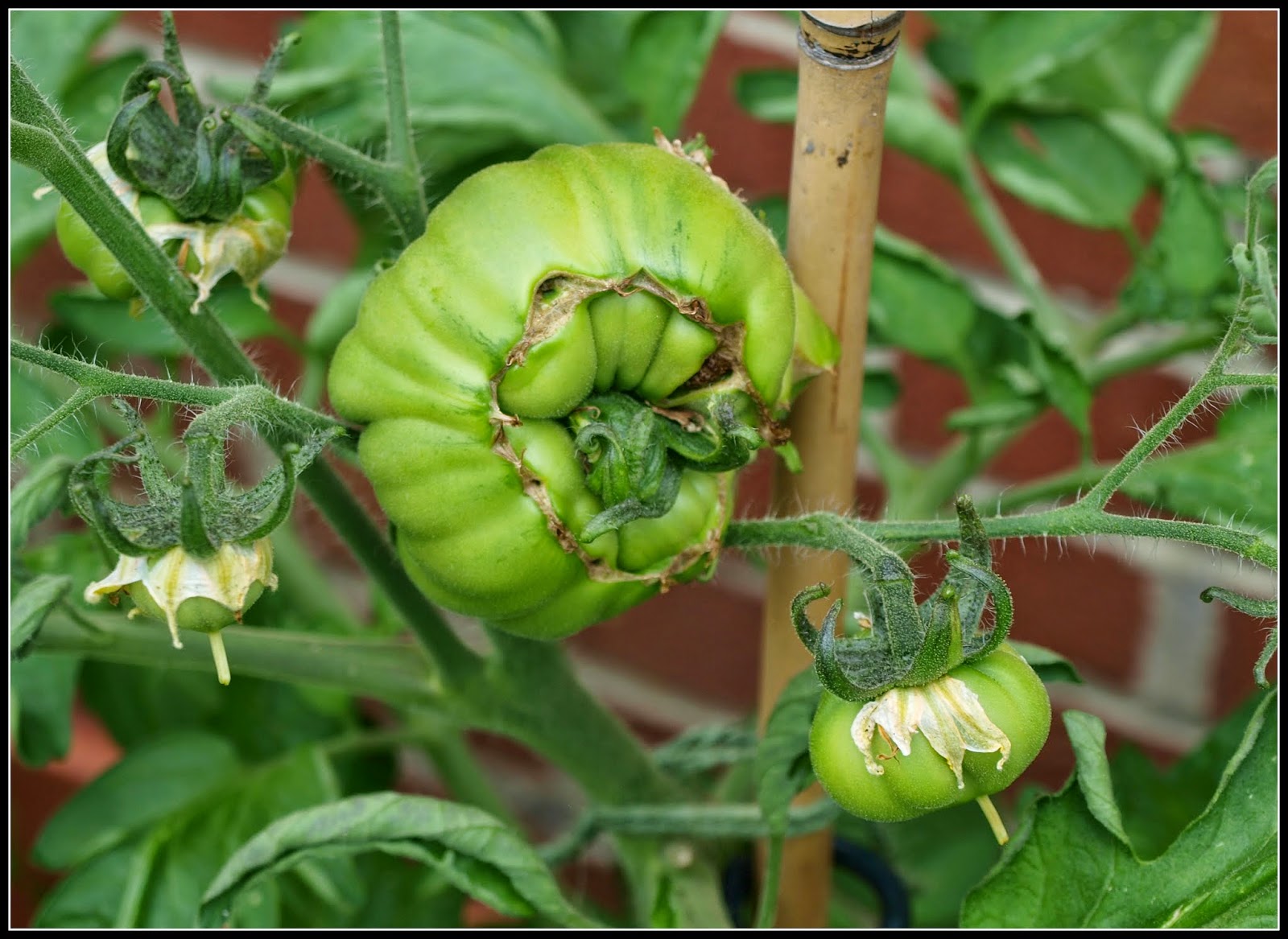 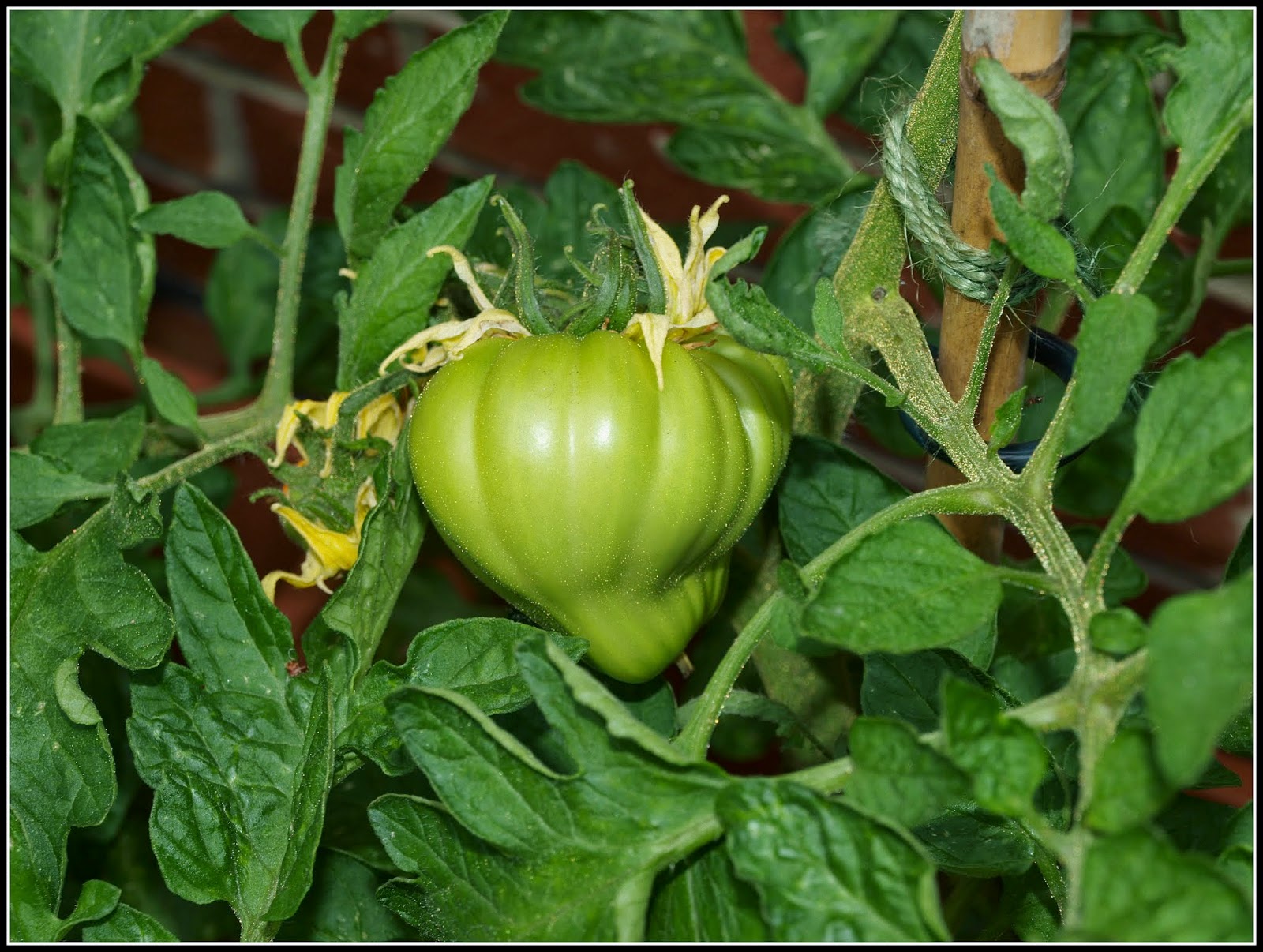 And this is "Banana Legs", which has elongated yellow fruits: 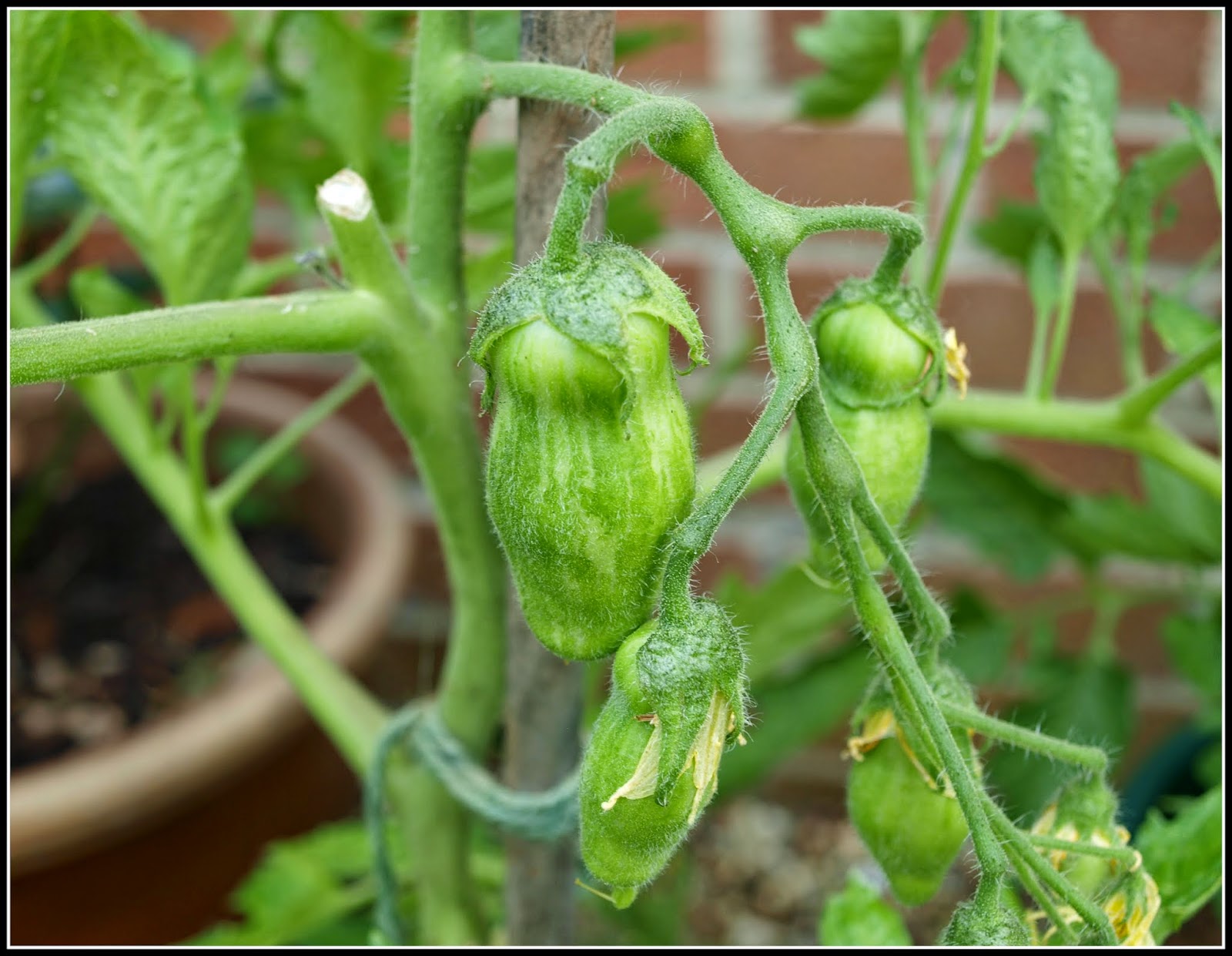 ﻿
My Runner Beans are planted in a raised bed that was treated with the suspect manure, but so far have shown no signs of being adversely affected. I hope they will be OK.

At this present minute I am awaiting a response from the supplier of my compost, so I don't want to say much about them, but I won't be shy of naming and shaming if it appears they are involved in any malpractice. I have also been in touch with Dow AgroSciences (the manufaturer of the weedkiller), who have promised to take this up directly with the supplier.

If you are similarly affected, or just want further information, here are some additional resources:

Dow AgroSciences have an email address for reporting issues of this nature. It is UKHotline@Dow.co.uk
They also have a website giving further information. It is called Manure Matters

The Royal Horticultural Society have some useful advice on the issue. You can find it HERE

And of course Sue has compiled lots of evidence and advice which she has published here: http://ossettweather.com/glallotments.co.uk/manure7.html. If you are affected by this issue, please let her know so that she can add your details to her database.

In the meantime, I shall be doing everything I can think of to mollycoddle my sick plants and help them through their troubles. This begins with adminstering a dose of Comfrey Tea!
Posted by Mark Willis at 12:00