This is probably the gardener's worst enemy - the common garden snail Helix Aspersa: 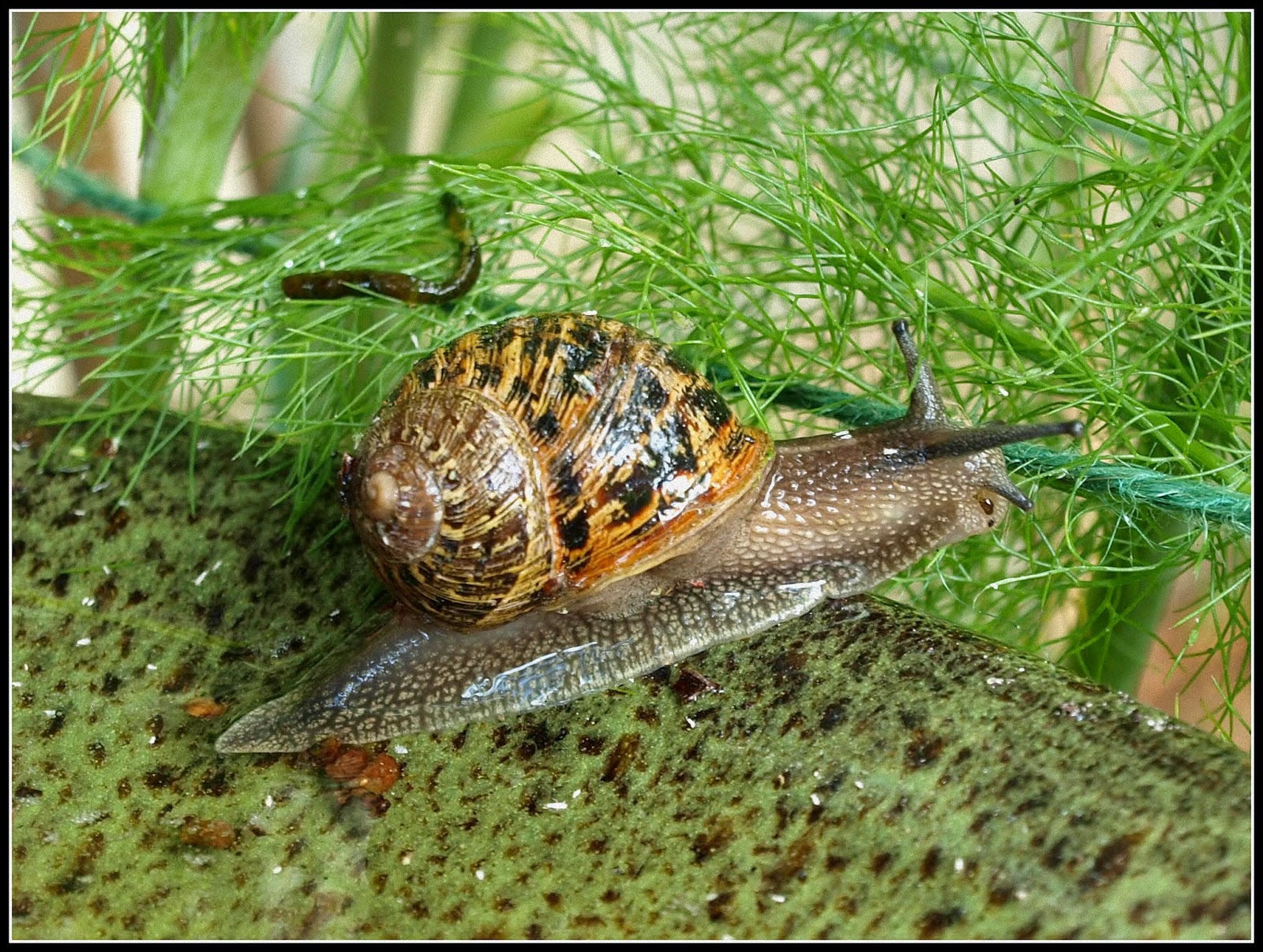 This post has been inspired by one written the other day by my friend David Ford on his blog Wellcome Allotments. In a post illustrated with his characteristically awesome style of photography, David told us about how he deals with slugs and snails on his allotment. I can't hope to match the quality of David's photos, but I think my snails are at least as good as his! 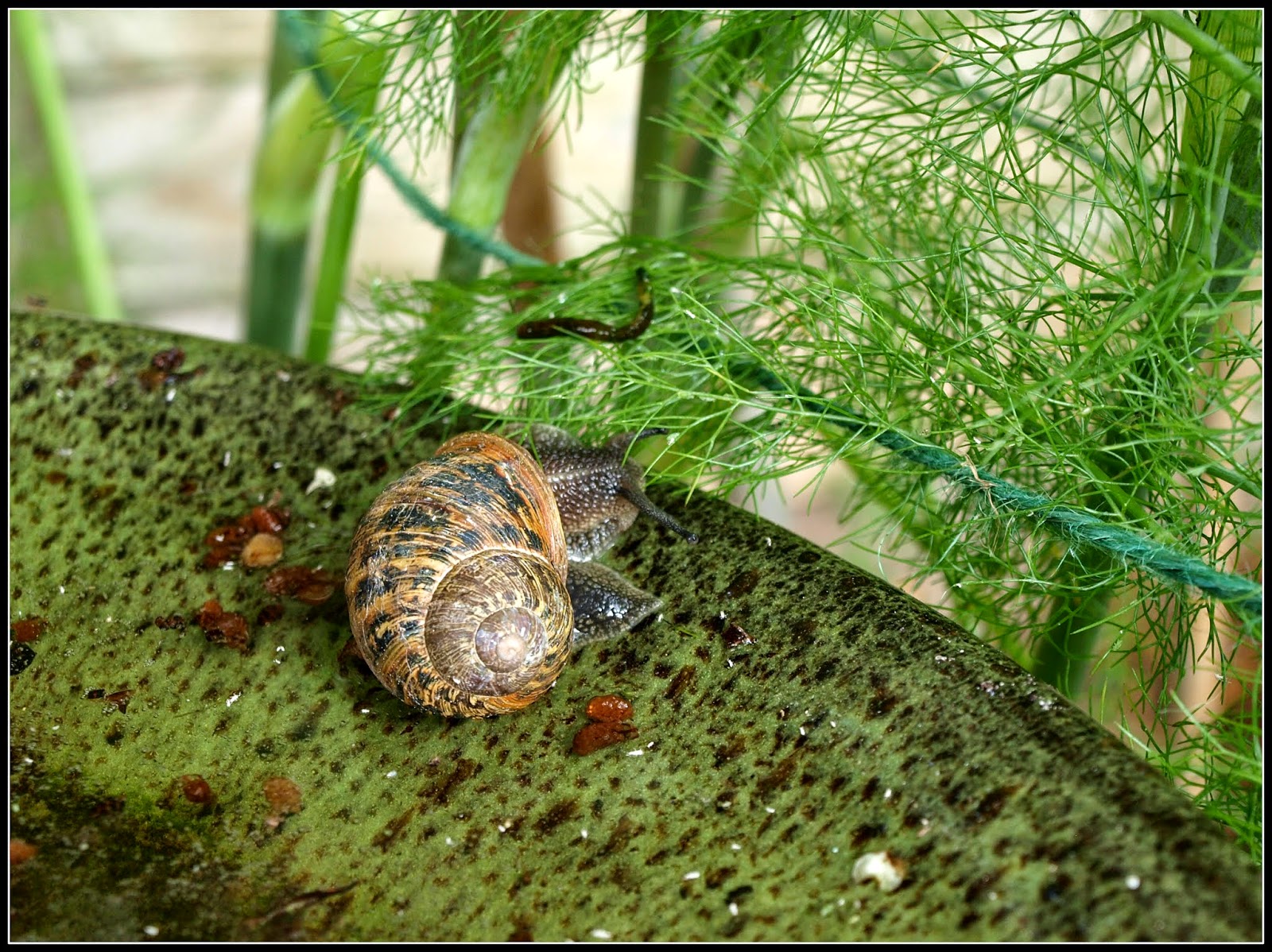 This one was taking a dip in my birdbath when I spotted it - using it as a route to the succulent young leaves of my Bronze Fennel. 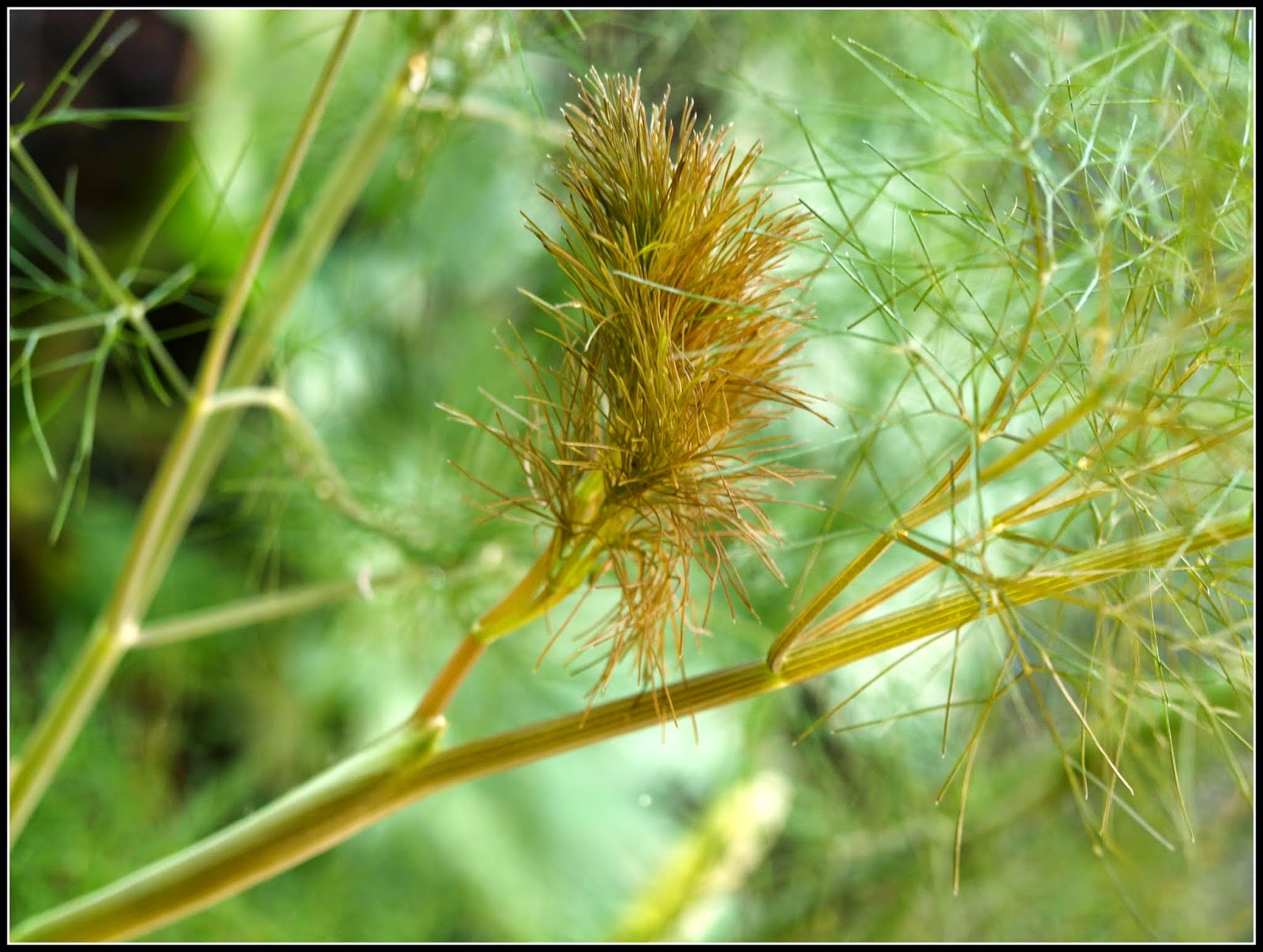 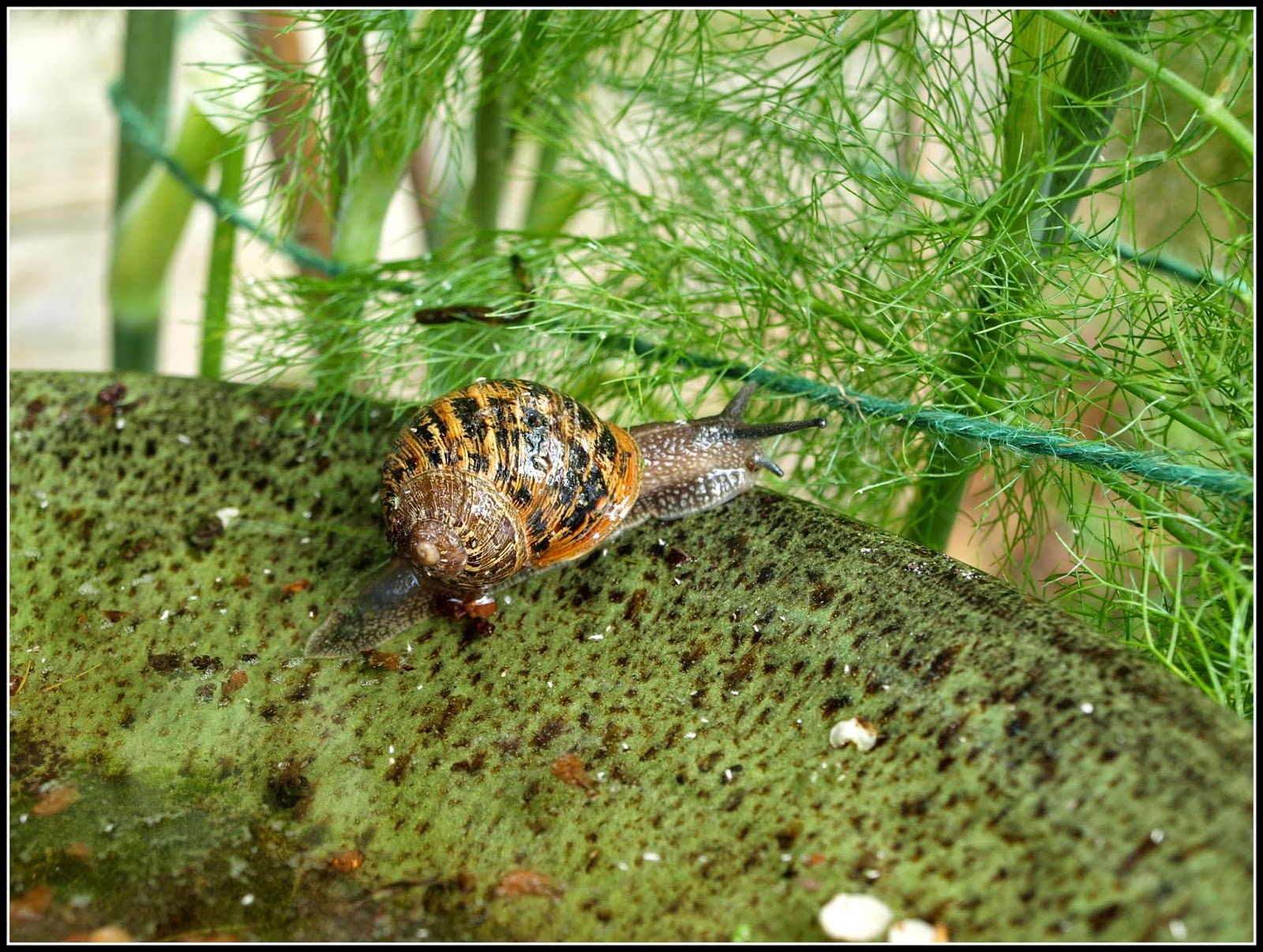 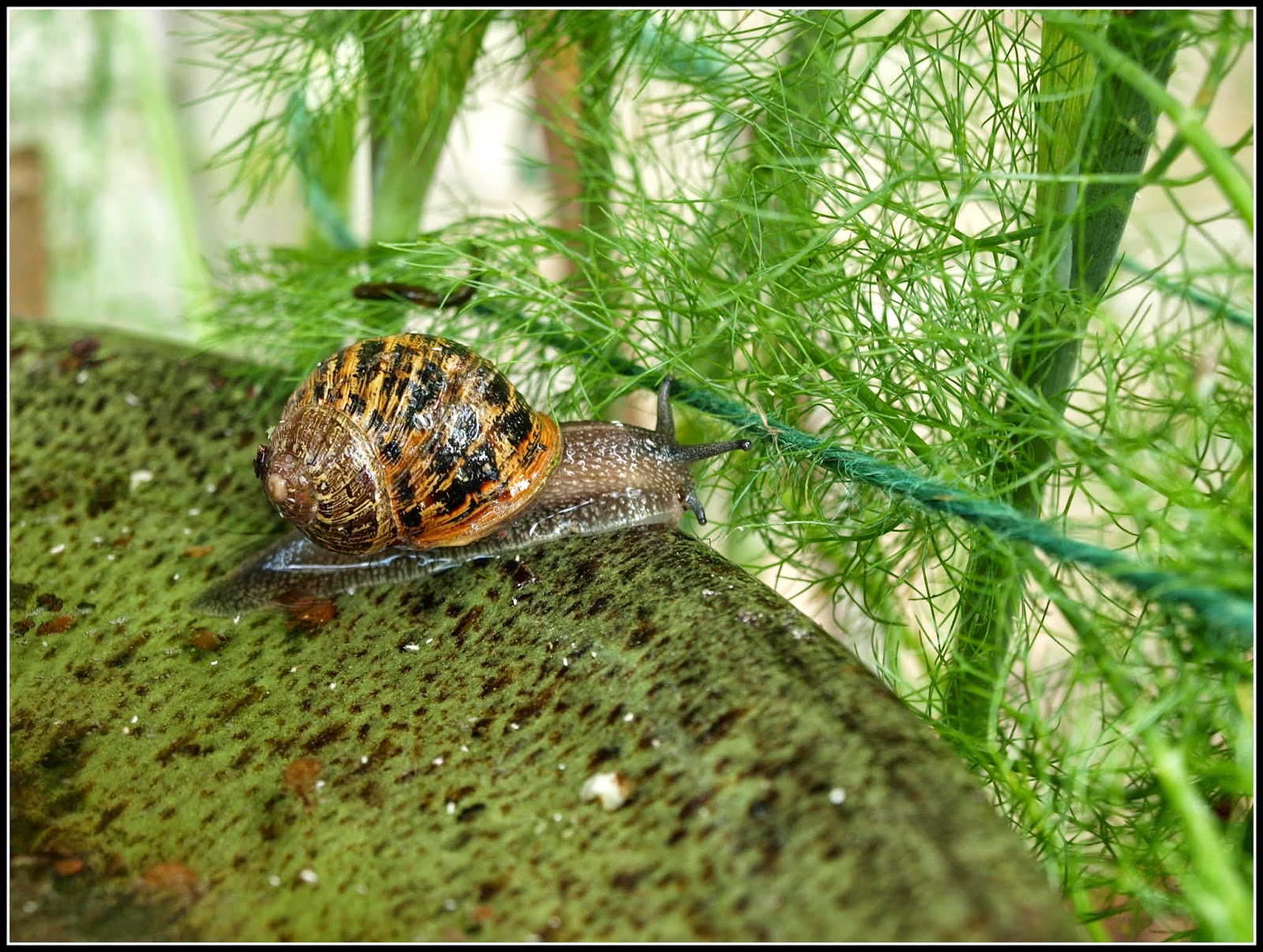 I let it get up to the Fennel leaves and have just a little munch before I removed it... it died happy! 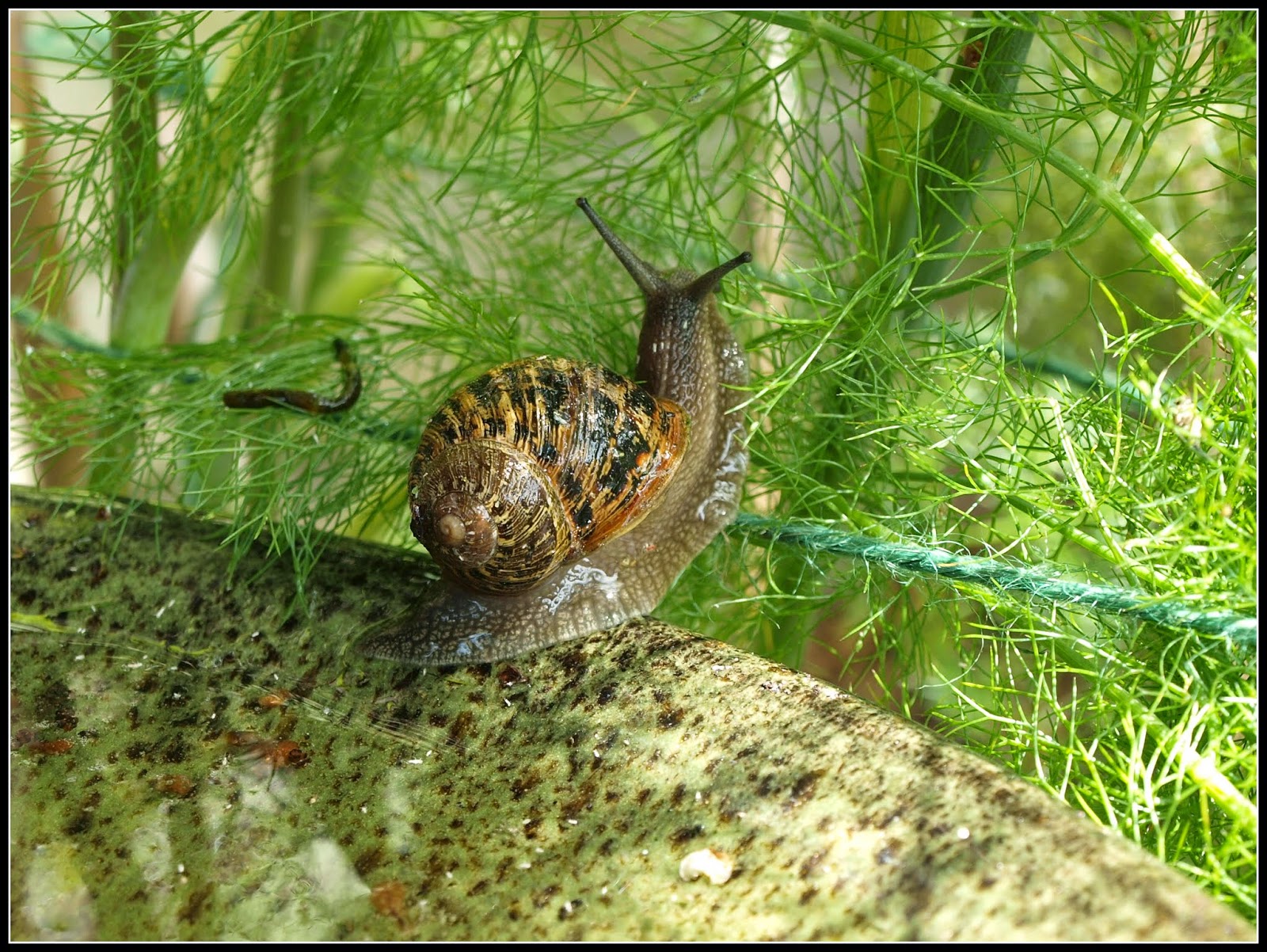 Here is a different type of snail, but still attracted by the same plant: 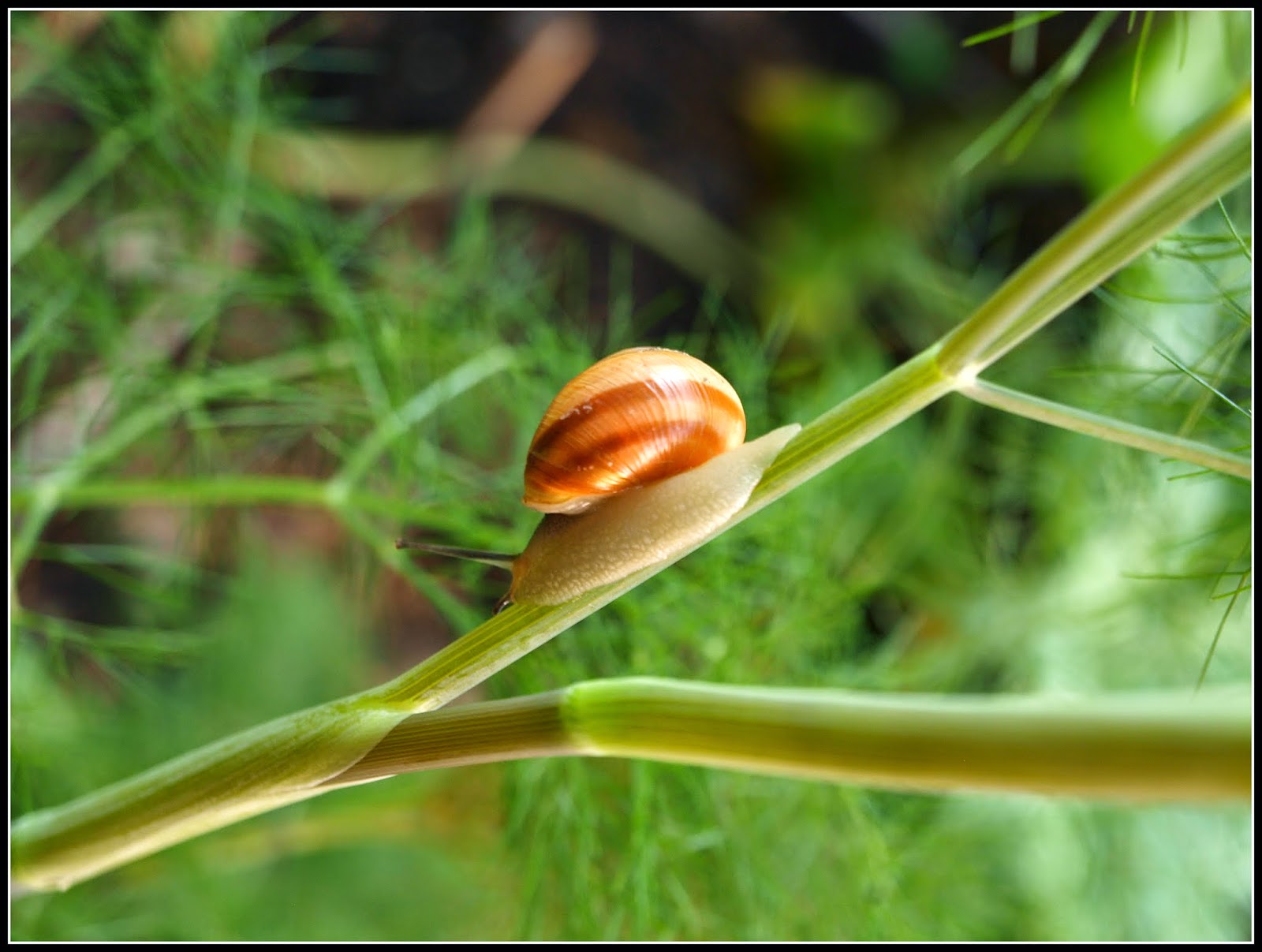 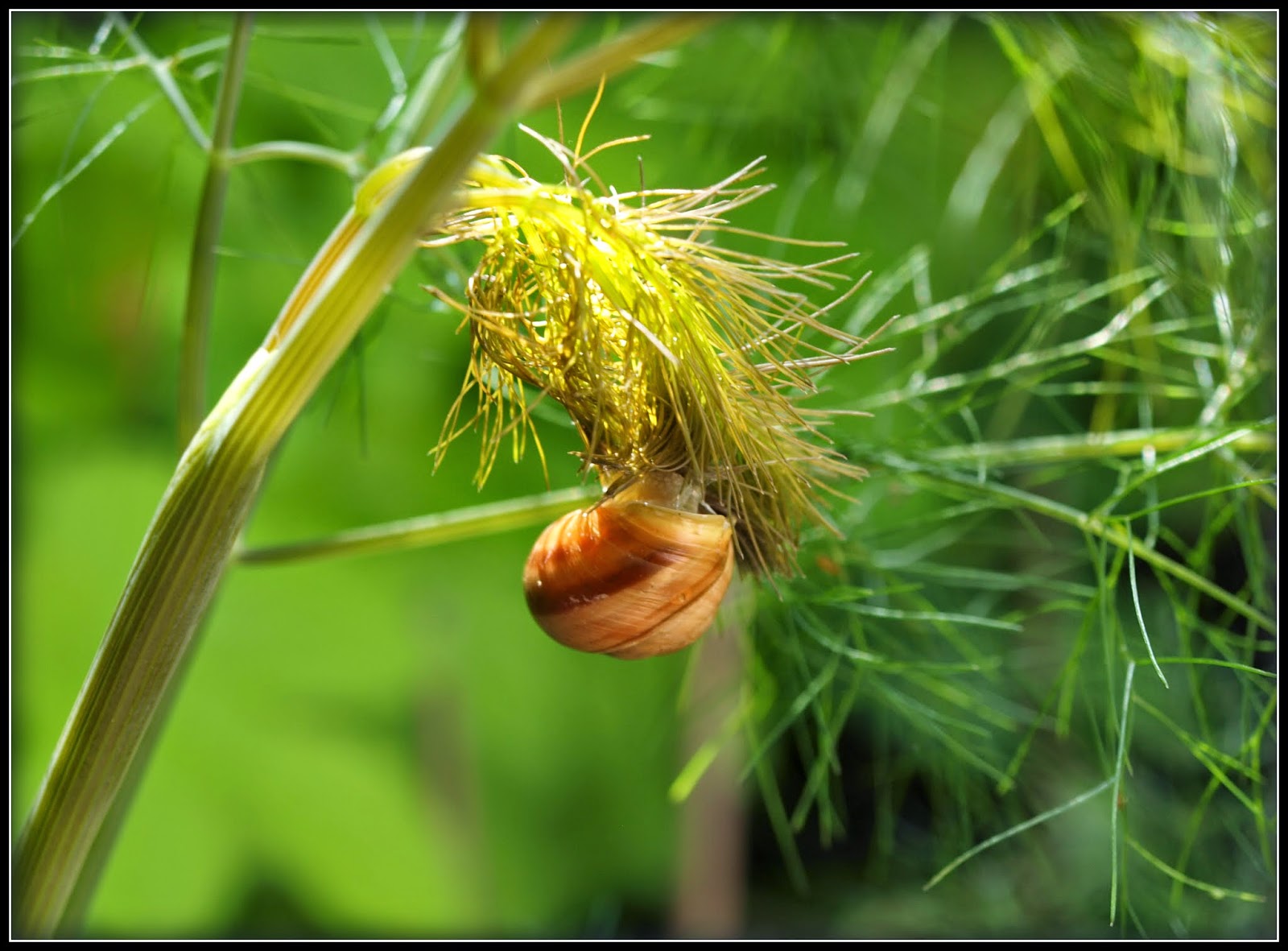 I photographed the same subject with the flash too - it produces a very different effect. 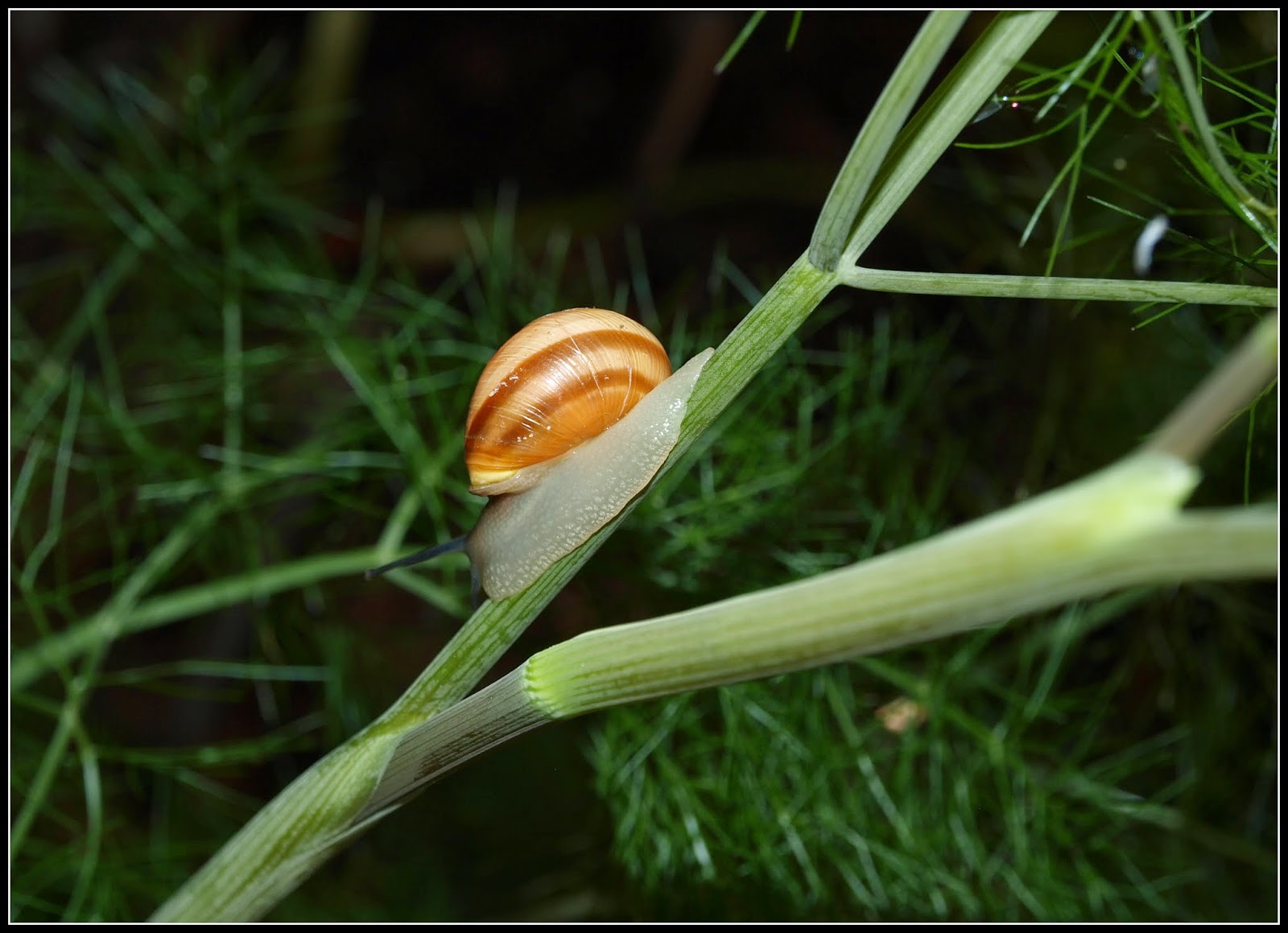 As subjects for wildlife photography go, I think the snail is probably one of the easier ones - it may be a moving target, but never a fast-moving one!

A more welcome and very different sort of creature (and usually a very fast-moving one) is the bee:- 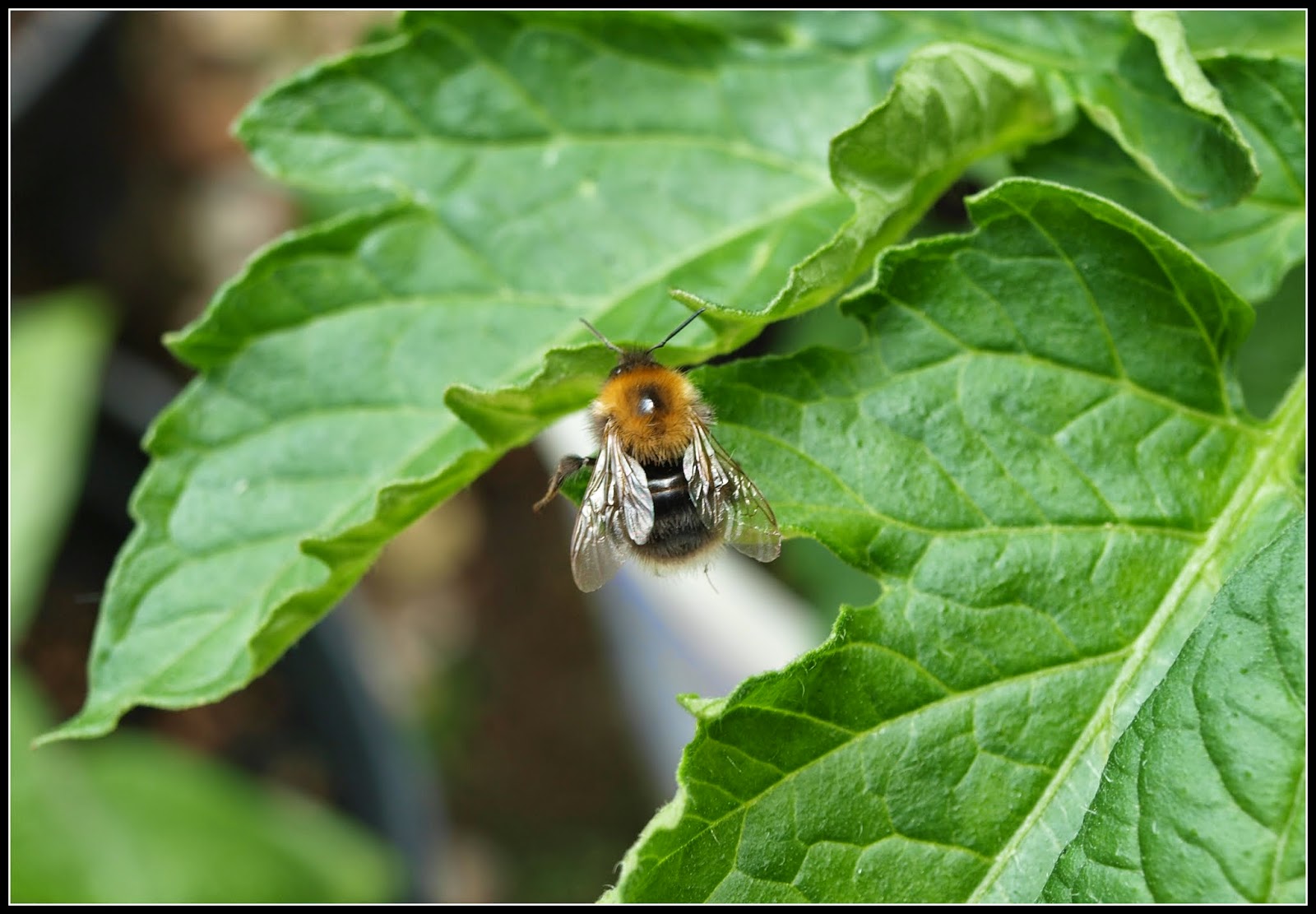 I'll be honest and admit that this particular bee was very lethargic - perhaps tired; perhaps injured (is one of its back legs broken?) - and thus much easier to photograph than you would expect. 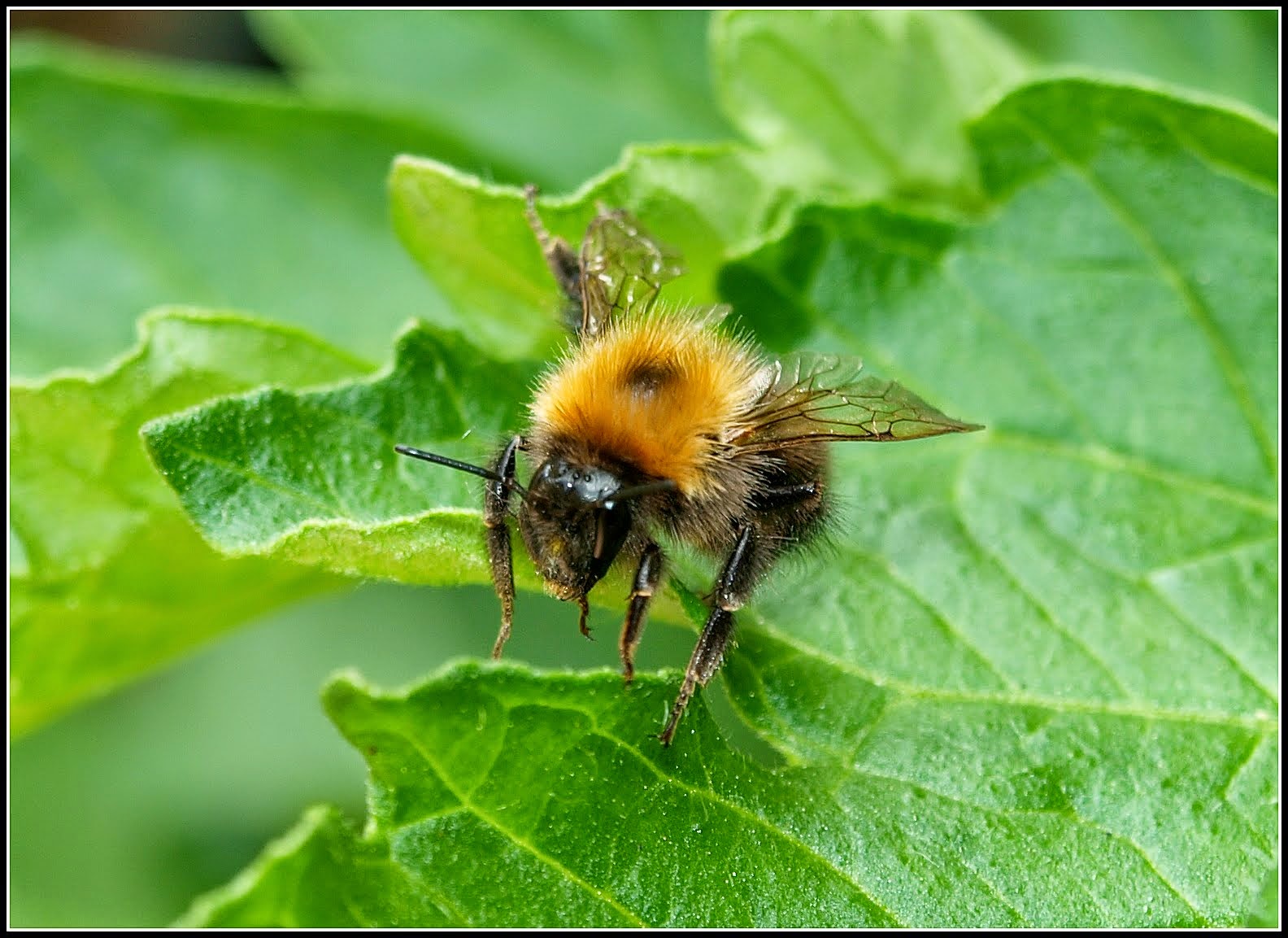 This next one is a Hoverfly of some sort; I don't know which. Here it is not hovering, but sitting still, sipping nectar from a cucumber flower. 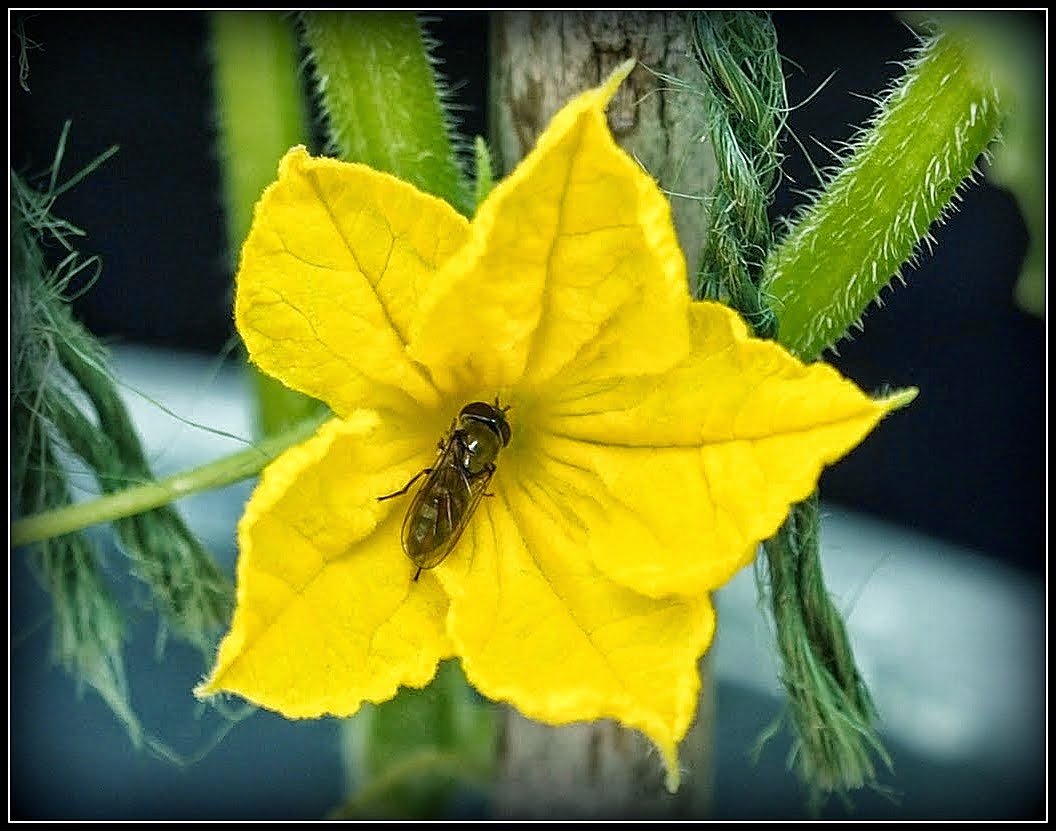 ﻿
The fact that bees are in danger and in decline is well-known. The reasons are less uniformly ageed. In the circumstances, the Hoverfly may become more important than hitherto, perhaps eventually replacing the bee as the primary pollinator of our food plants.
Posted by Mark Willis at 12:00