﻿Last week I reported that I had picked the first few of my Strawberries, but had been unable to show you a photo of them. Well, this week I have real evidence! 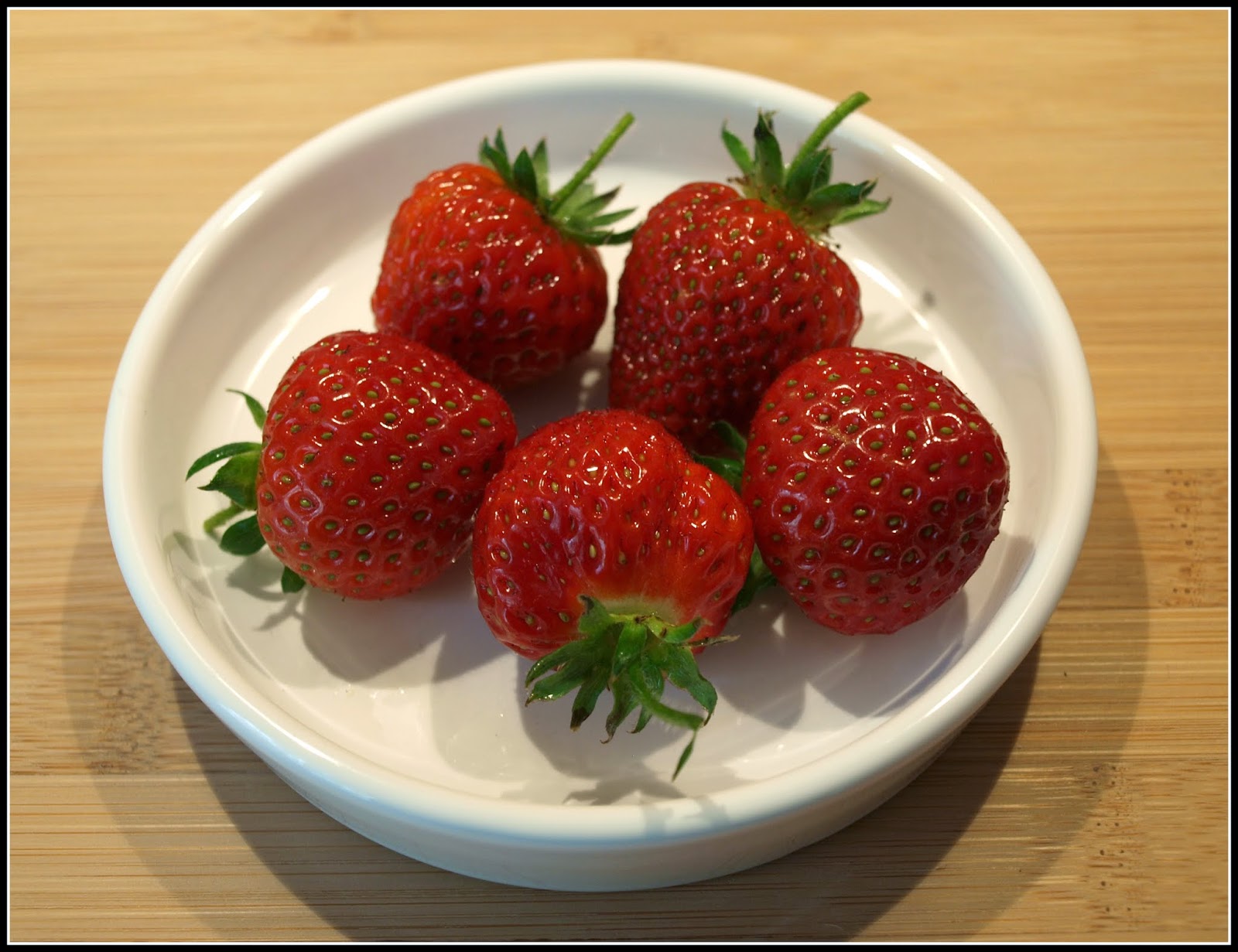 I have only a small number of Strawberry plants, so I am never able to harvest them in large quantities, so the ones I do have tend to be eaten immediately or perhaps added to a batch of bought ones. I think you will agree though that deficiencies in quantity are compensated for by superior quality. Those ones are certainly fine specimens, and oh did they taste sublime or what?? 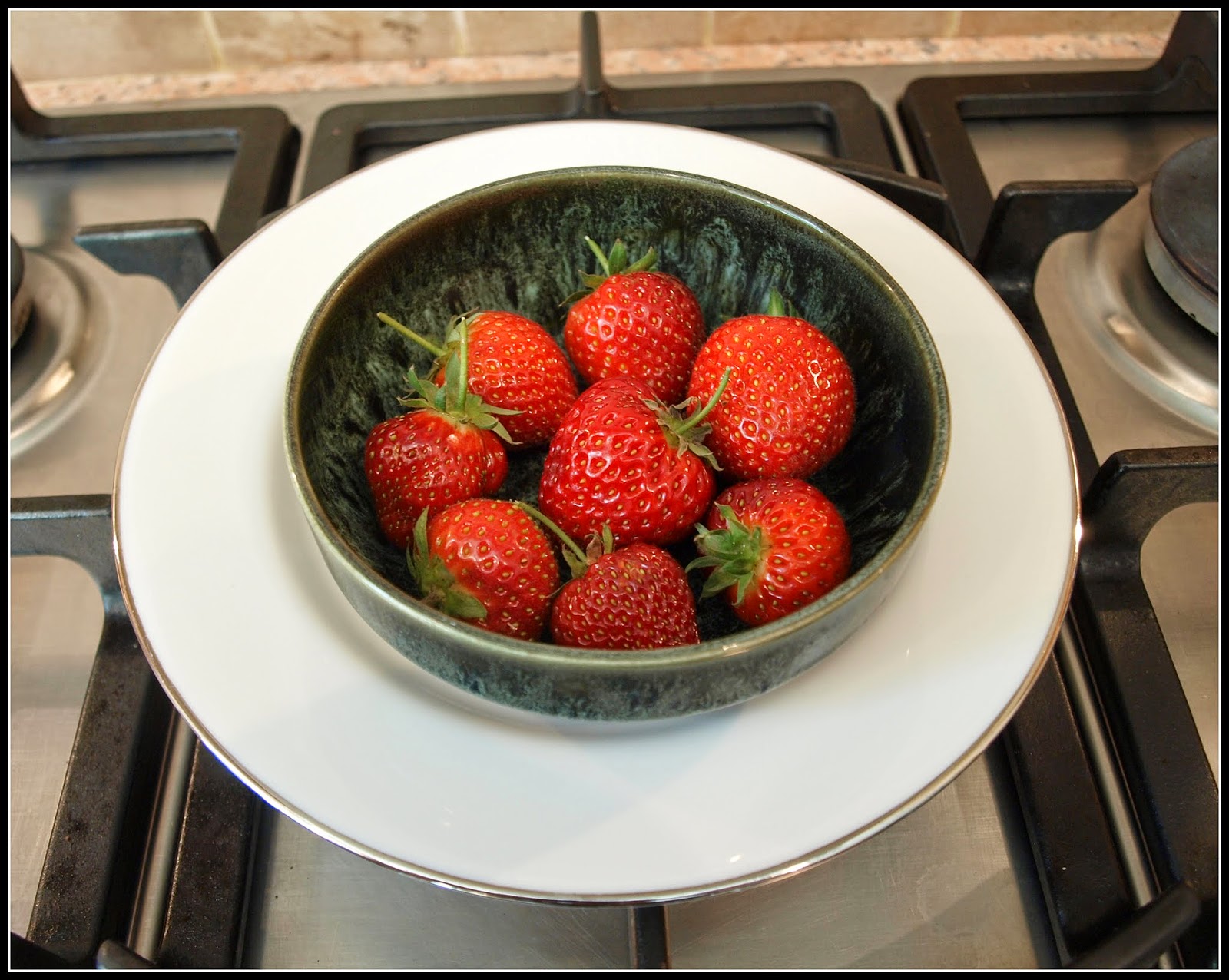 I have been continuing to harvest Lettuce - by the barrowload! This is another of the "Green Oak Leaf" ones, and it was absolutely enormous: 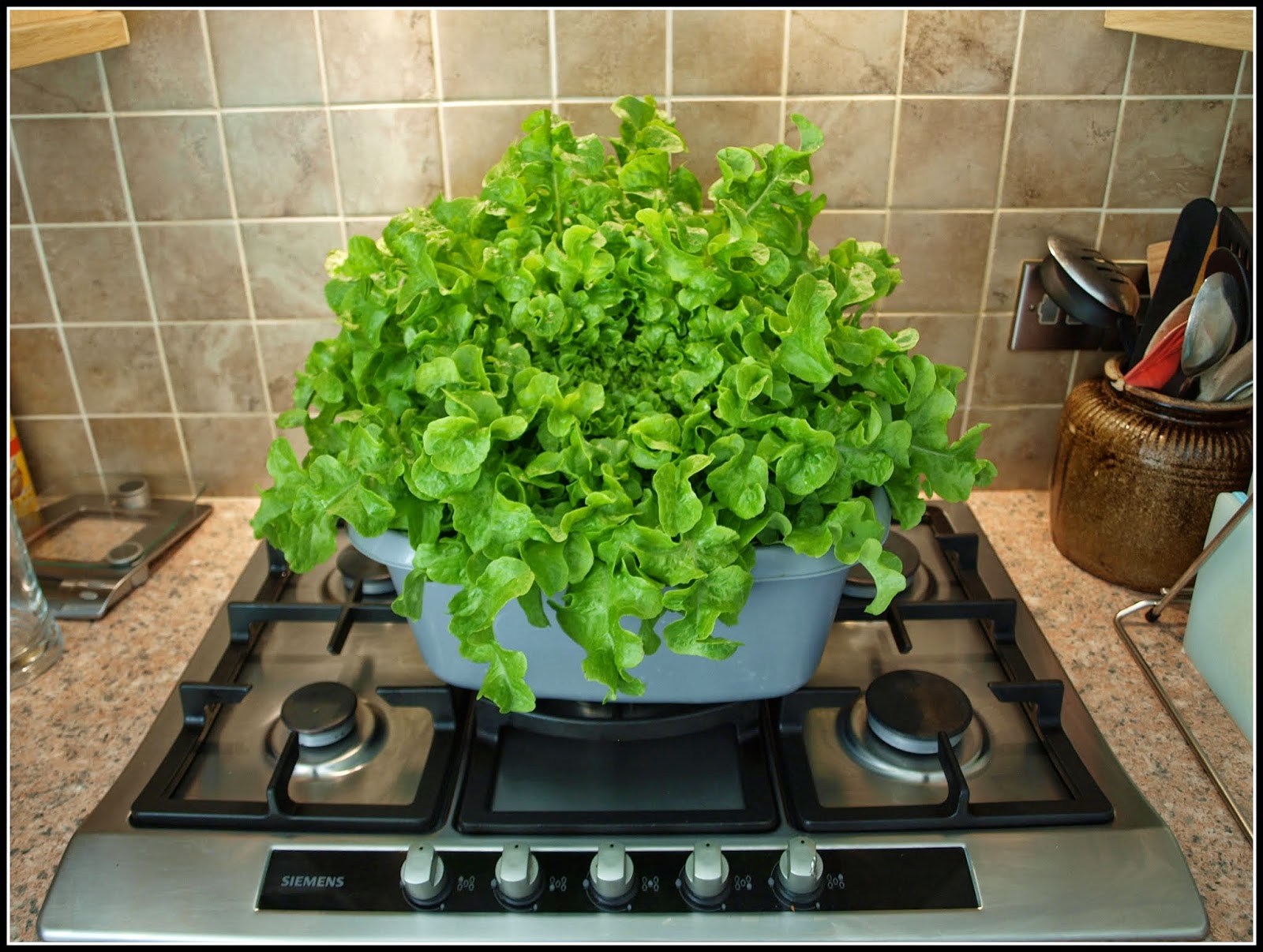 As well as the "Green Oak Leaf" I have harvested "Cervanek" and "Can-Can". I like to mix several varieties into the same salad if possible, to give a nice mix of colours and textures.

This week has also seen me harvesting the first of my Broad Beans: 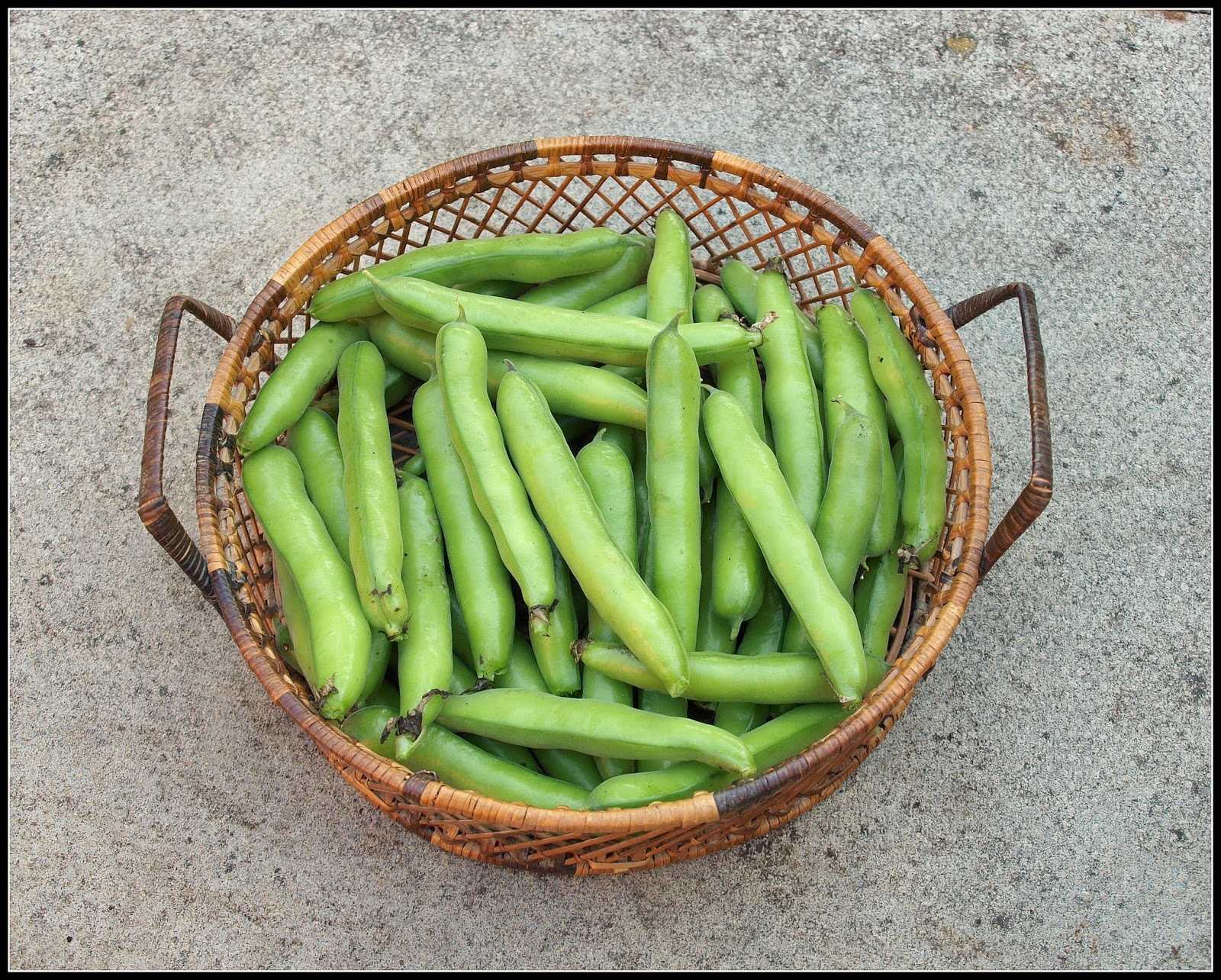 That is 552g of Broad Bean "Stereo". This variety produces small pods - these are about 10cm - and they normally have 4 or 5 beans in them. However they are reputed to be the finest-tasting Broad Beans of all. It is often advocated that you eat the pods very young, as if they were Mangetout peas.

I have harvested more potatoes. This lot is "Red Duke of York", the last of my four First Early varieties: 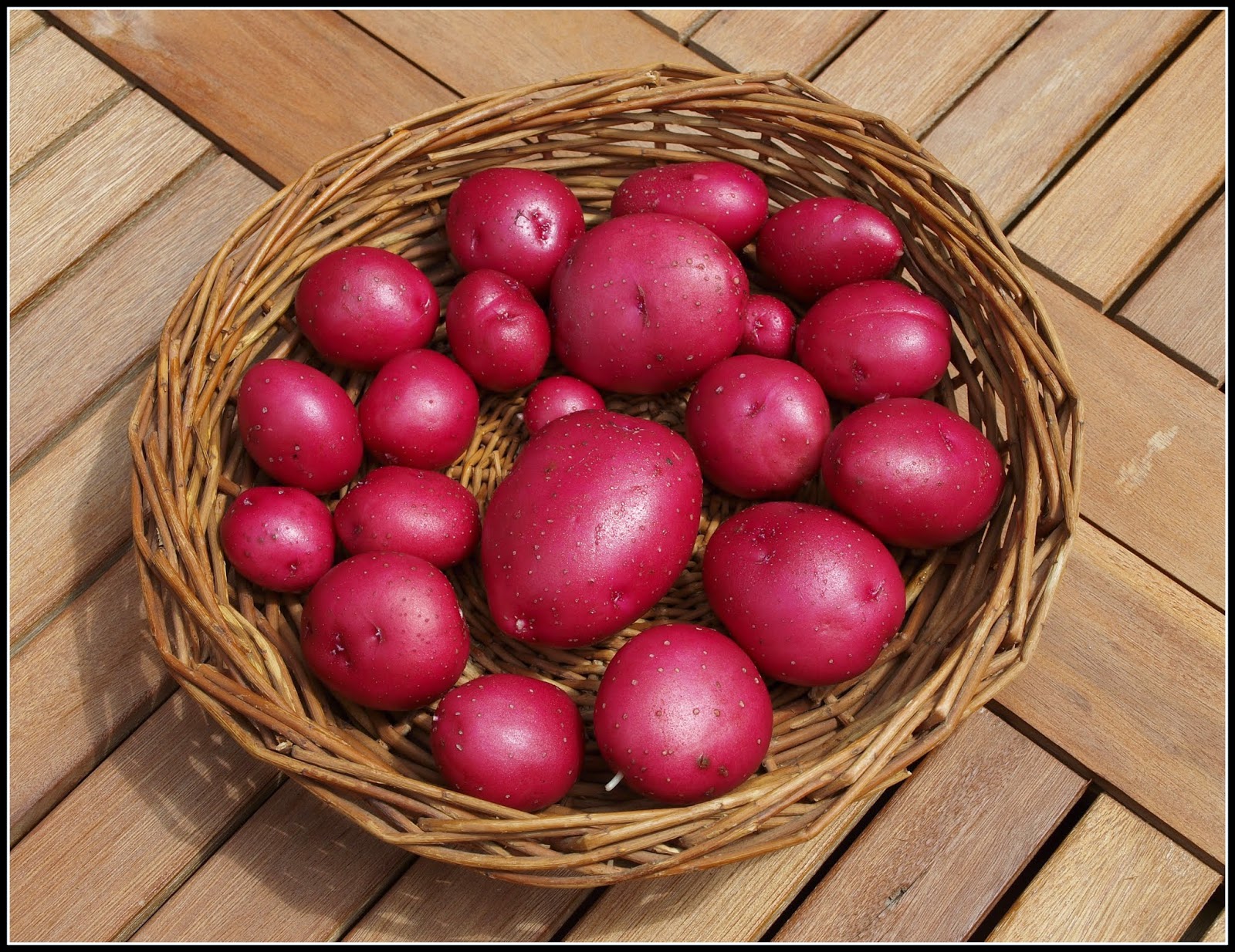 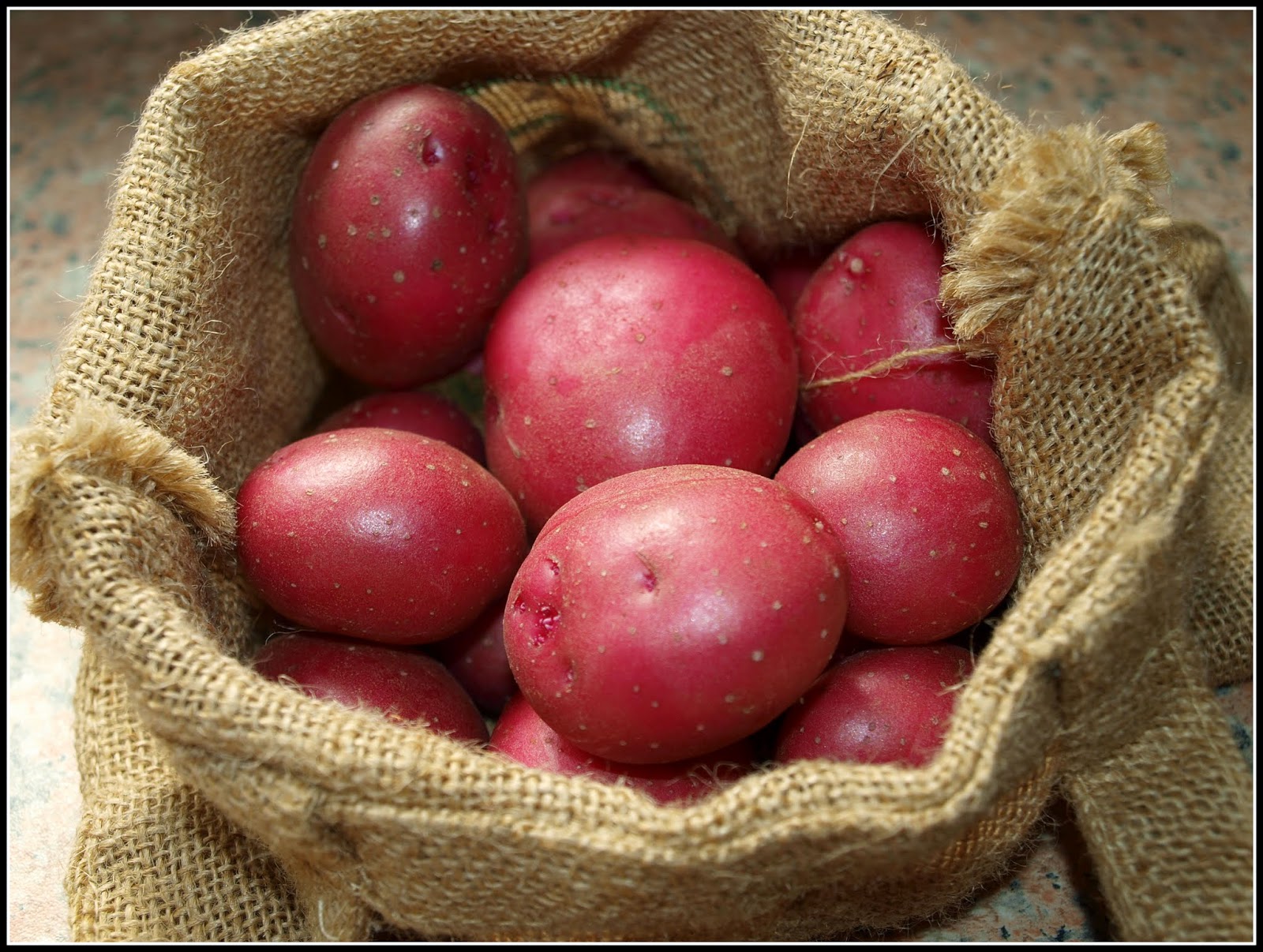 For the record, that is 781g, the produce of two pots, each with one seed tuber.

Since I need the space for my rapidly-expanding tomato plants, I dug up the two pots of "Sharpe's Express" potatoes too. These were the ones I left to grow on after manually removing most of their tubers. The second crop was small, and the tubers nowhere near as clean and blemish-free as the first ones, but it still produced 325g, which is worth having. They will look better after I've given them a scrub. 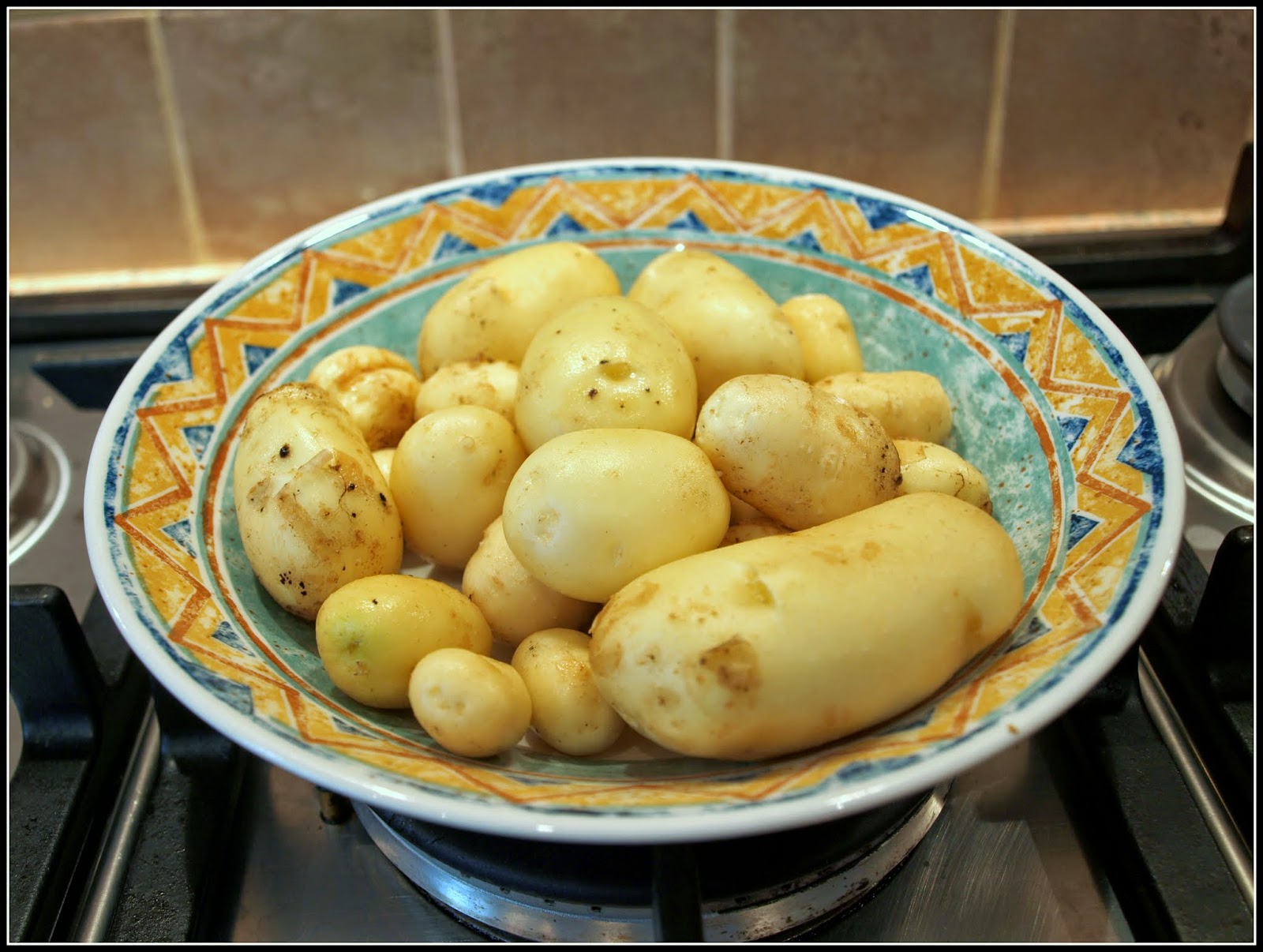 In addition to all this, I pulled my first few Turnips. These are mostly "Purple Top Milan", but the big, flatter one at the front is "Atlantic": 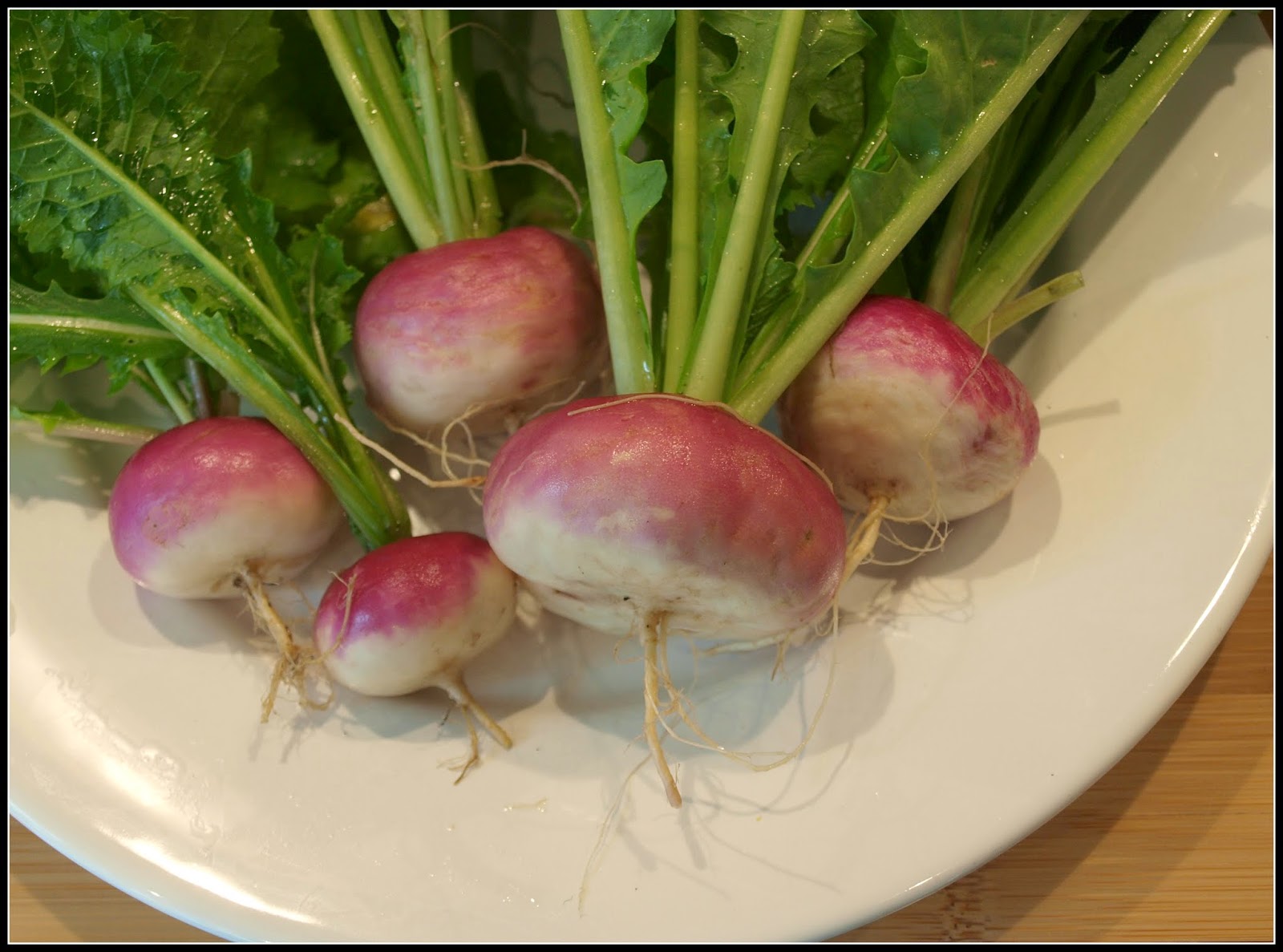 ﻿
I'm very pleased with the harvest this week. It's nice to have a wide variety of crops, rather than lots of the same thing.

This is my entry to Harvest Monday, hosted as ever on Daphne's Dandelions, so why not go across and see what everyone else has been up to...?
Posted by Mark Willis at 12:00