I have recently made a few additions to my small collection of flowering plants. I don't do this very often. I'm not one to splurge large amounts of cash on a whole trolley-load of plants. I generally buy just the odd one now and then. Unusually I have bought three in the last 10 days!

This one has been on my wishlist for ages. It's Dahlia "Bishop of Llandaff". 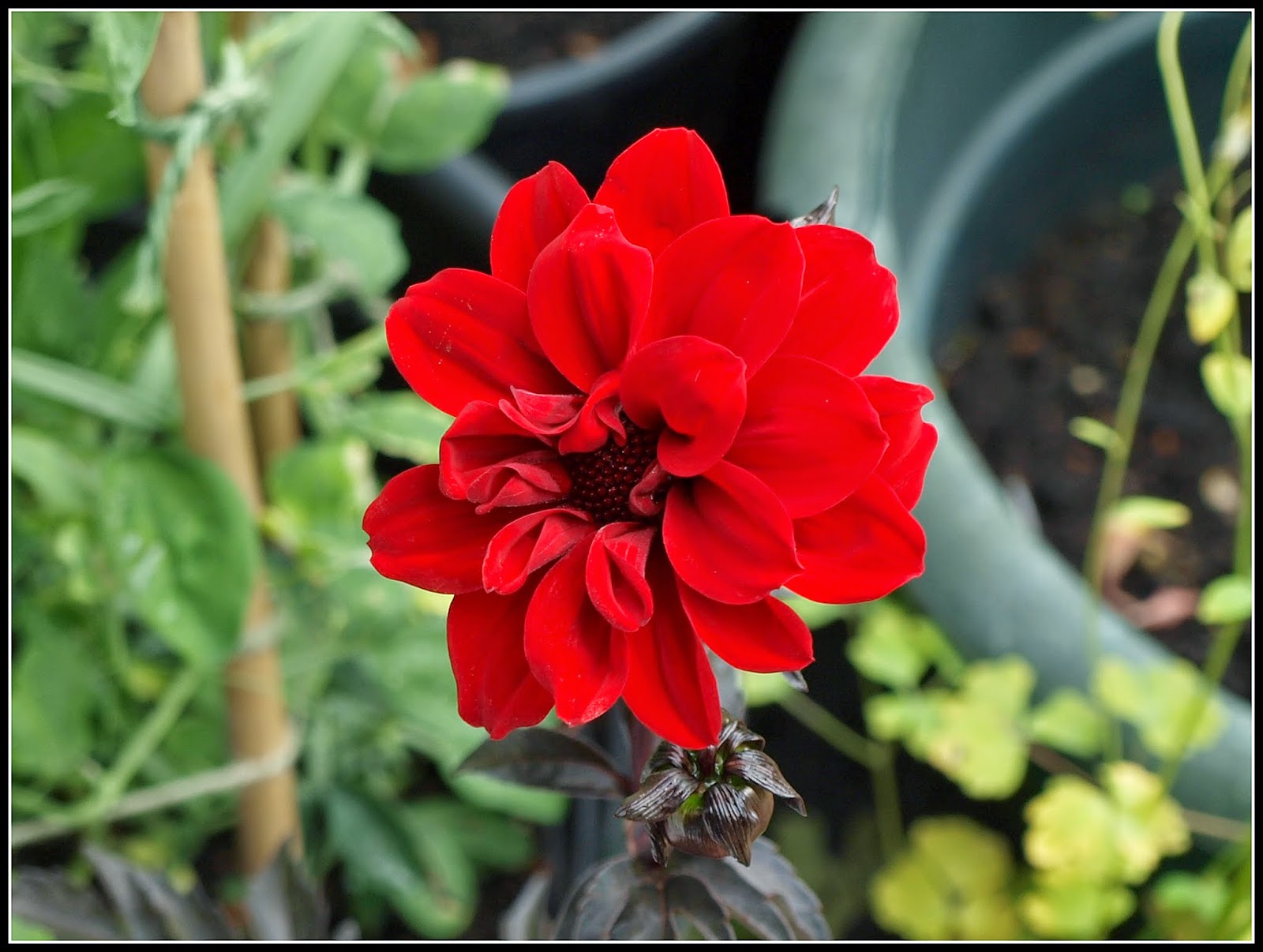 I just love the contrast between the bright red flowers and the sombre purple/black foliage. 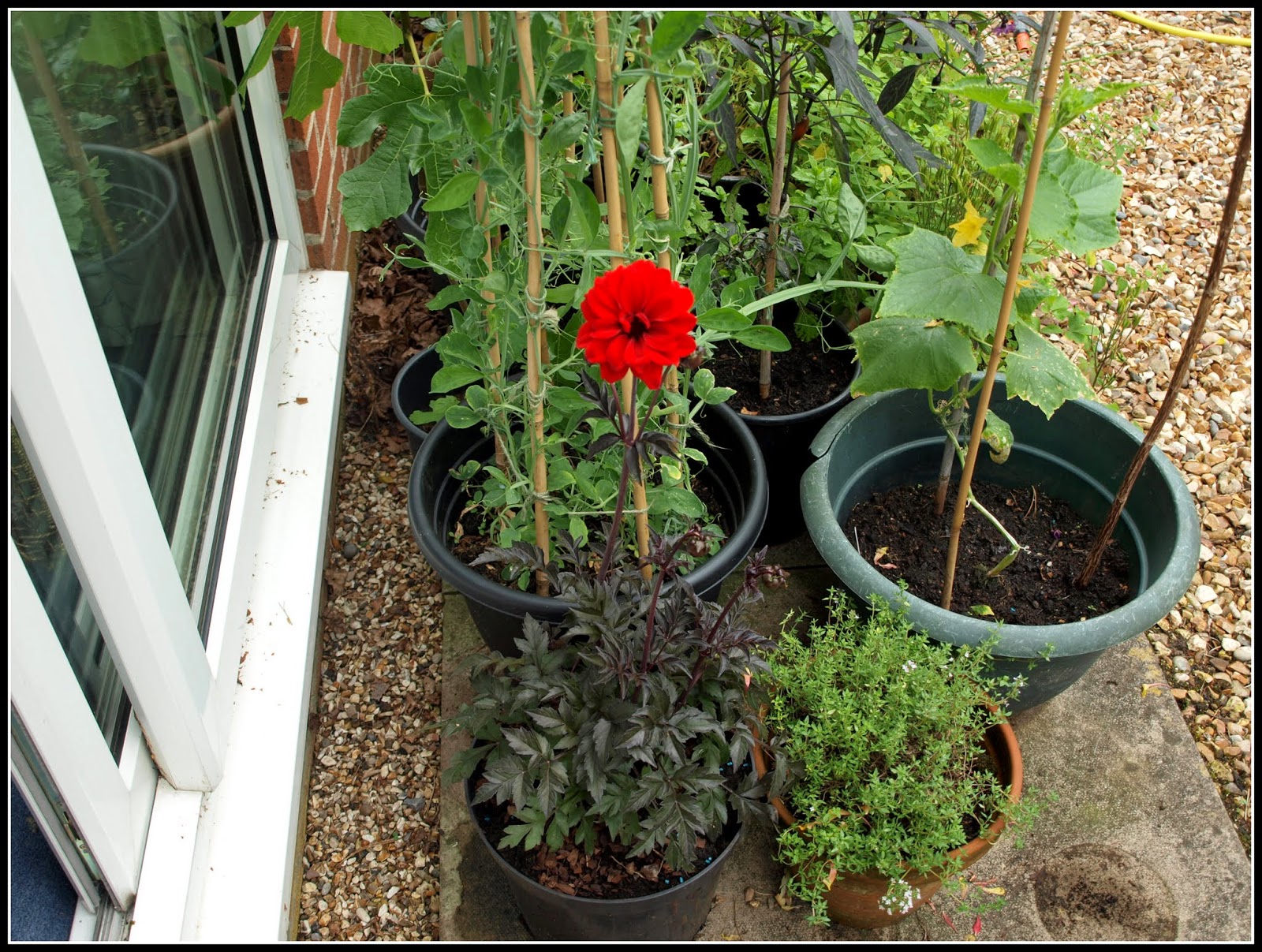 I chose this particular specimen from all the ones on offer because it has several stems, not just one, and each one already has a bud, so I should get a good display fairly soon.

A few days previously, I had bought this Coreopsis "Sunfire" at West Green House. 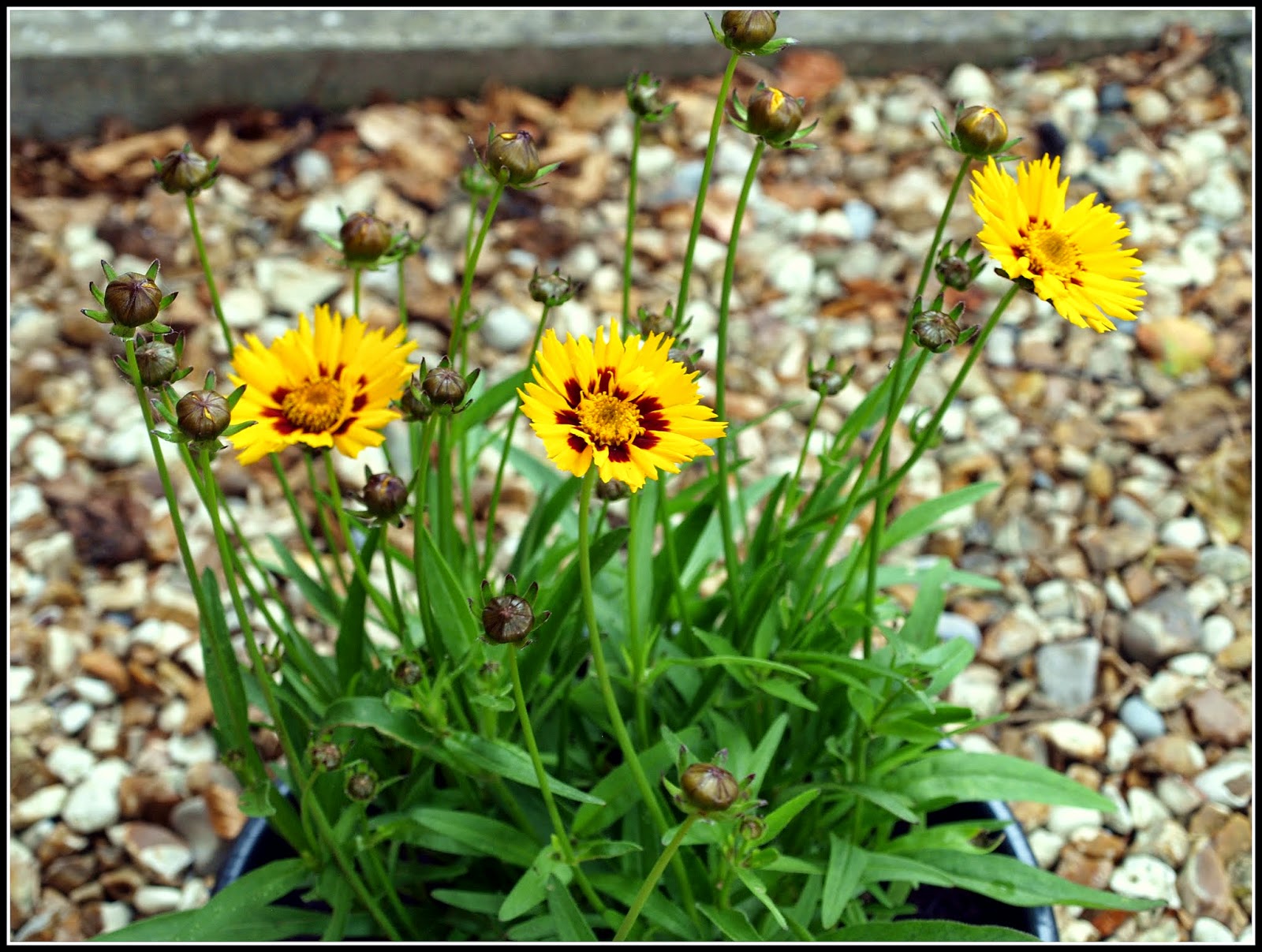 And the third of the trio of newcomers is this red Geranium "Samelia", which I bought for a mere £2 at a Food Fair last weekend in nearby Petersfield. 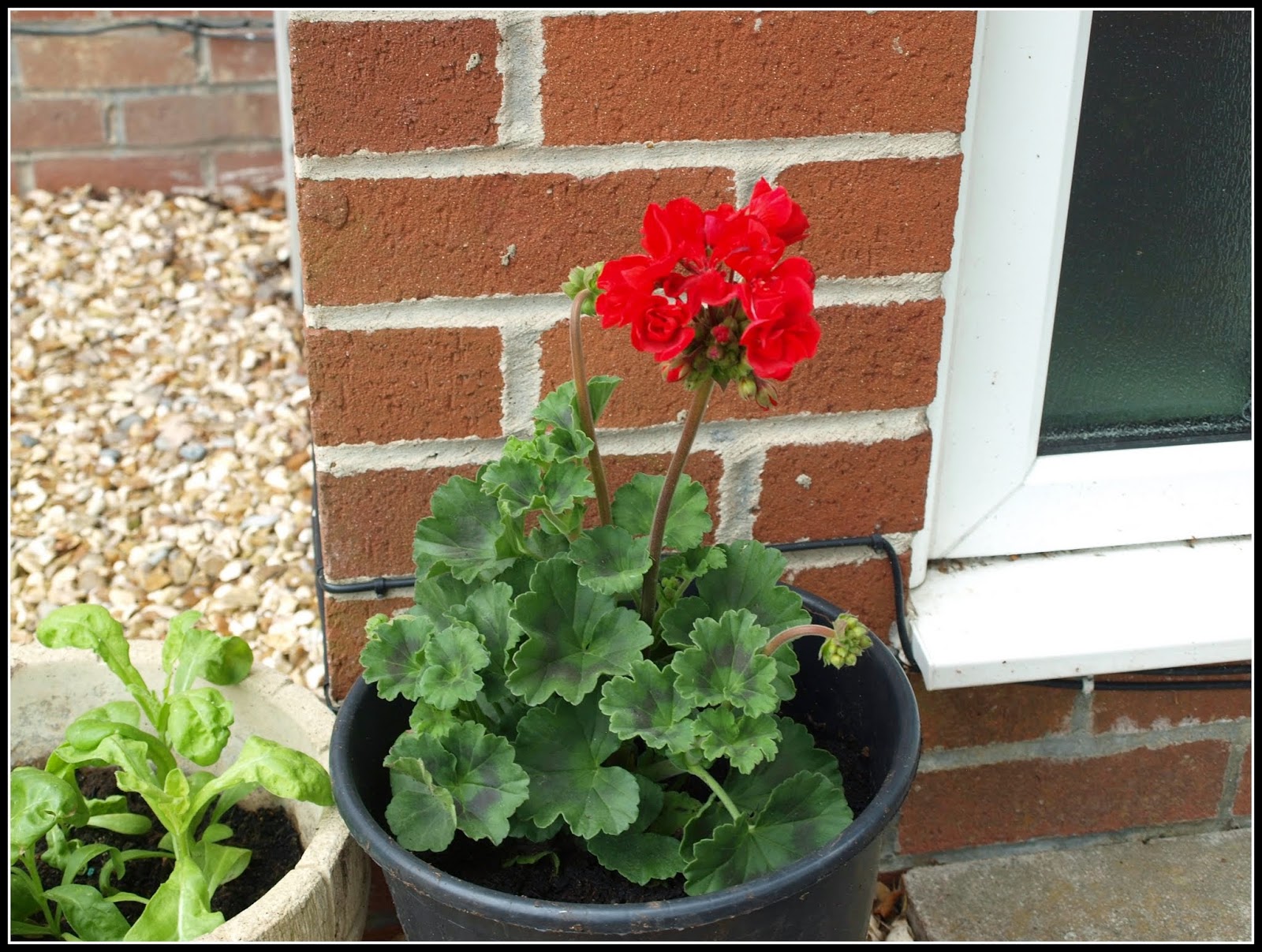 You will have noticed that all these plants are in pots, rather than in the borders. This is my normal way of doing things. It means that I can move things around at will, and make sure I have the colour I want where I want it, when I want it. Two of the three are now outside the front door of our house, and the Dahlia is currently just outside the "French Window" door from our Living Room, in a place where I can see it from my favourite chair.﻿

I thought you might like to see the arrangement I use to ensure we have always got a nice plant right outside our front door. I have sunk a large pot into the ground, so that its lip is level with the surface. 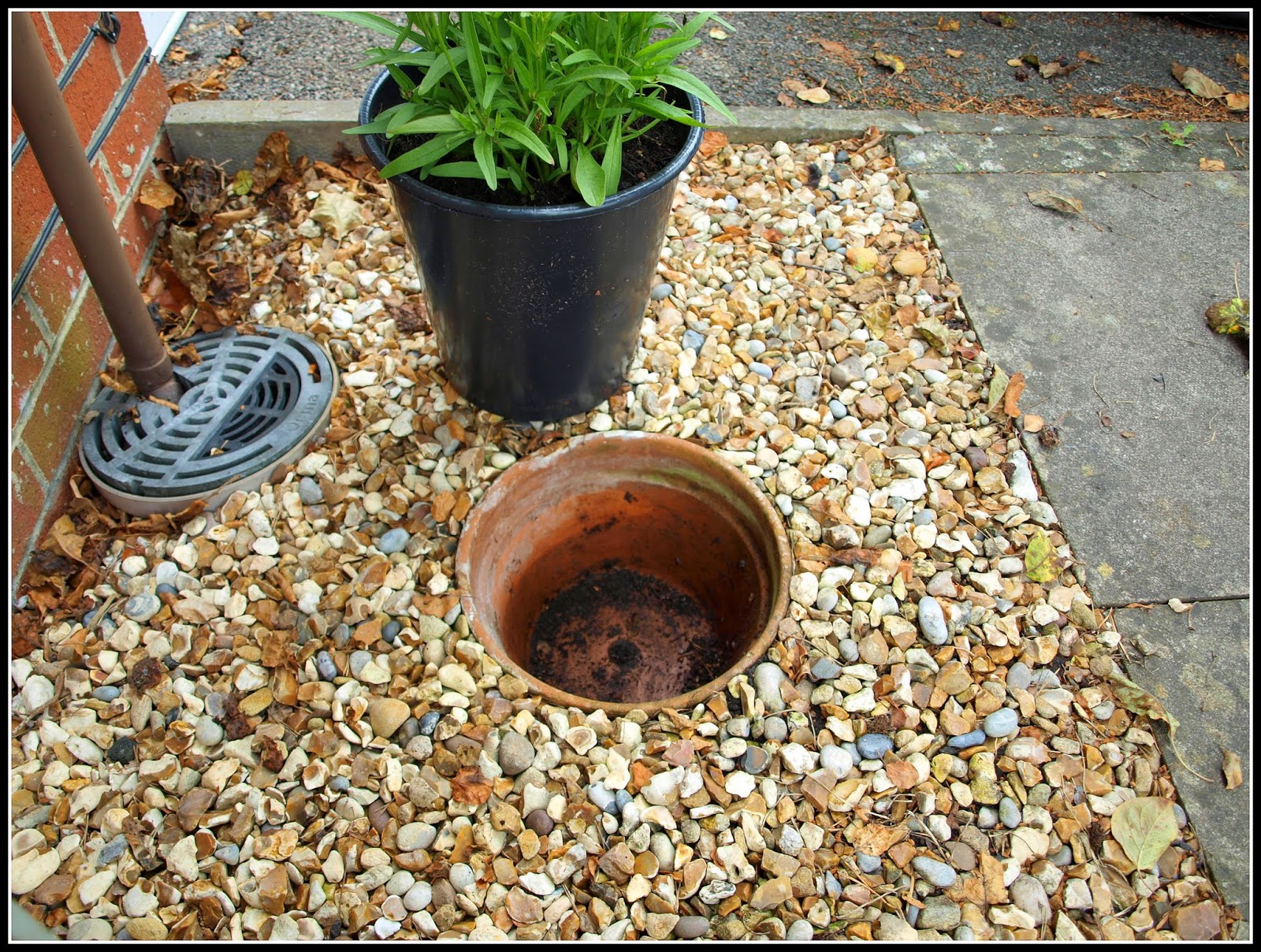 Then I put a potted plant inside the empty pot - instant colour. And I can change it any time I like, very easily. 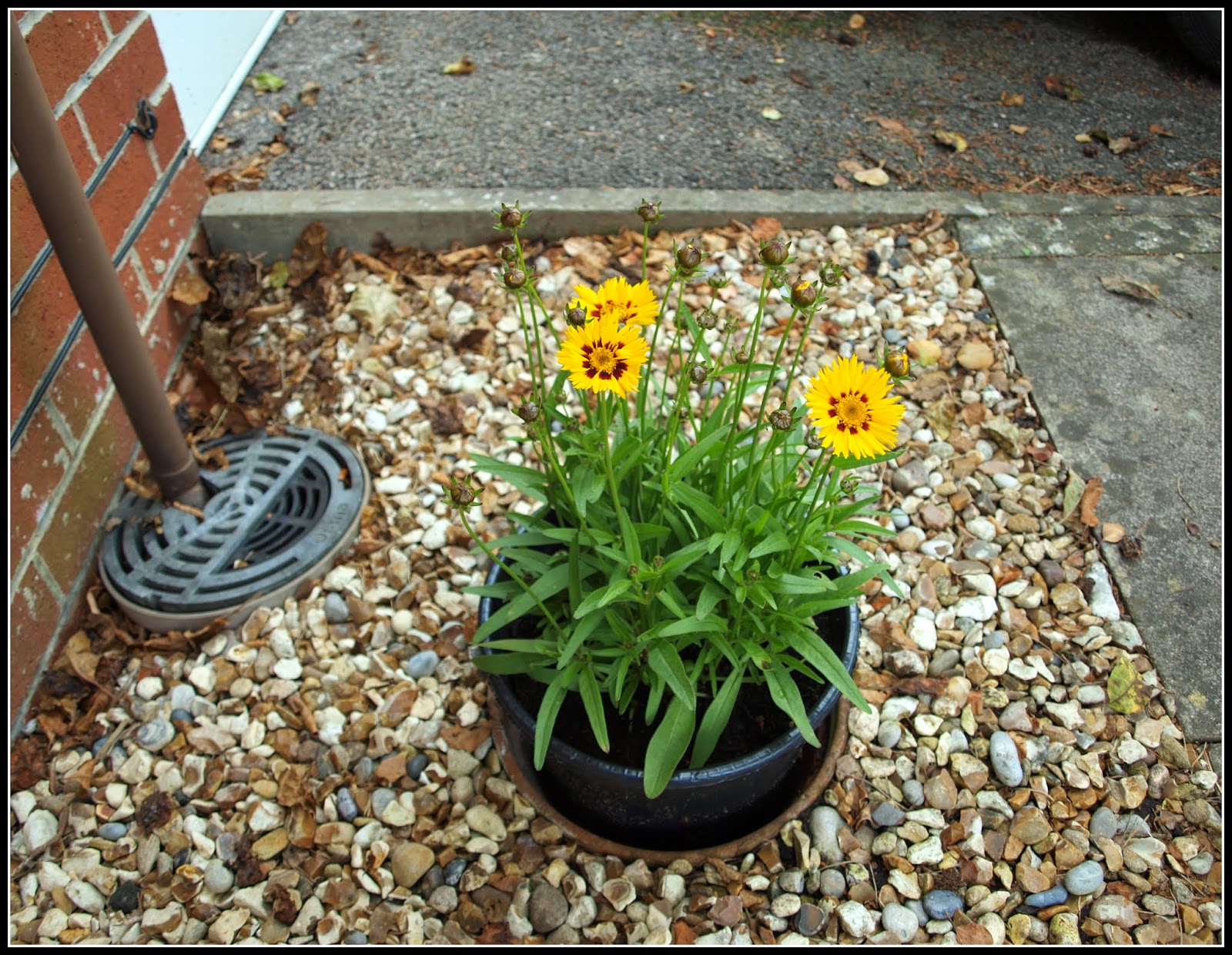 Since I'm writing about pots, what do you think of these recent acquisitions? 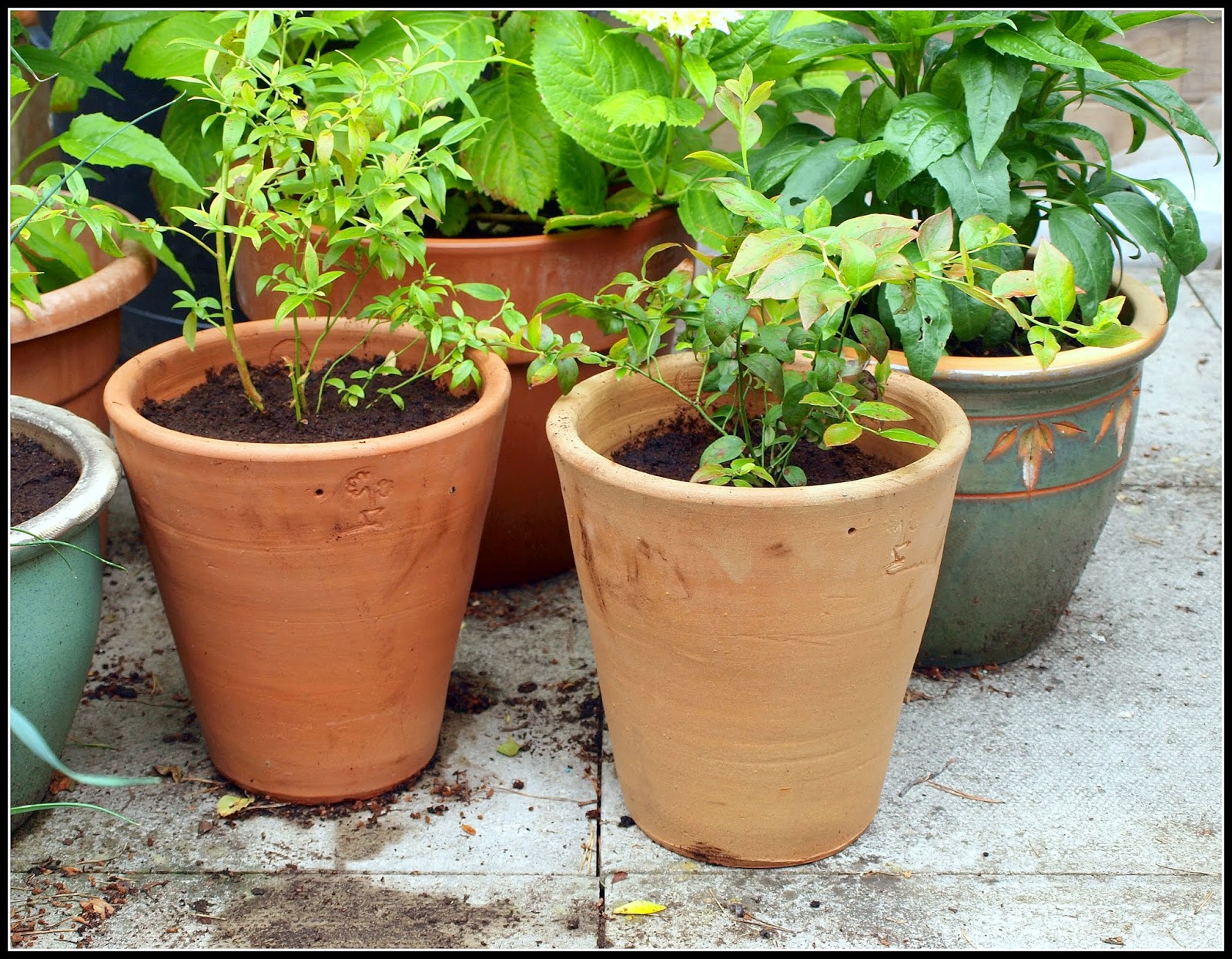 They are real terracotta - hand-made in "South Asia" (wherever that may be). Height 10"; diameter 9". The brand name is "Sahal", which is apparently the Urdu word for "hive" and the pots are fired in a traditional kiln which is shaped like an old-fashioned beehive. One of the things I like about these pots is that every one is unique. You can see that I chose two that are completely different colours.

And then there are these:- 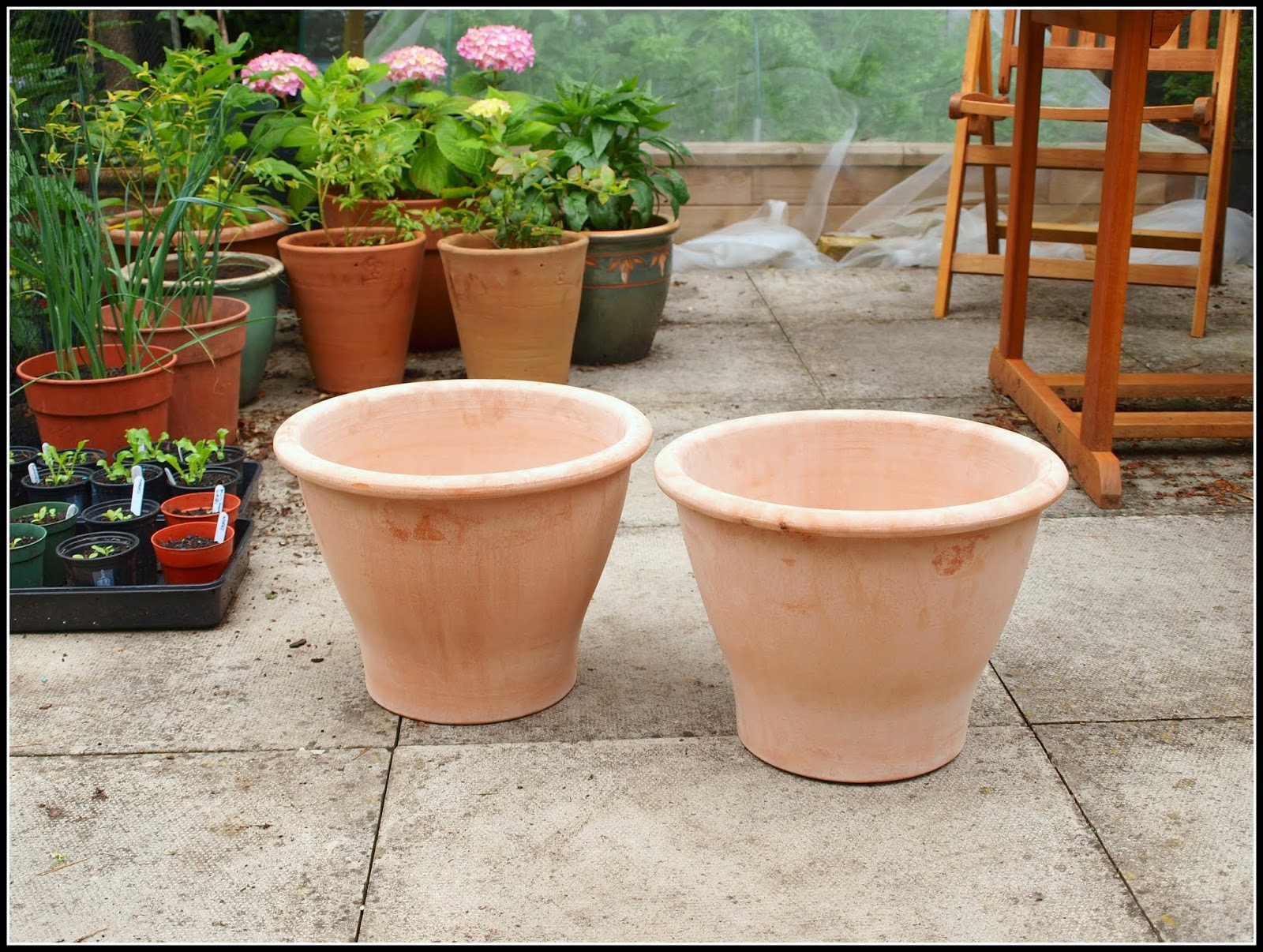 These ones are destined to host a couple of Blueberry plants - ones which have outgrown their current pots. They are 14" in diameter at the lip. I'll not do the re-potting until after the Blueberries have been harvested, but I thought  it was sensible to buy the pots when I saw them. You know how it is: you say you'll buy them later, and when you go back for them the stock has run out. They were also on a "Buy One Get One Free" offer, which may have influenced my decision a bit! Right now they are very pale, but I expect they will darken when they get moist compost inside them.
Posted by Mark Willis at 12:00