Making the most of the new season's veg

The harvests are starting to roll in - hooray! Today I just want to show you some of the veg "in action" as it were...

This is my first harvest of potatoes for 2014. They are a First Early variety called "Sharpe's Express". The tubers were nice and clean, with practically no blemishes. From planting to harvest it was exactly 11 weeks. This batch weighed 511 grams. 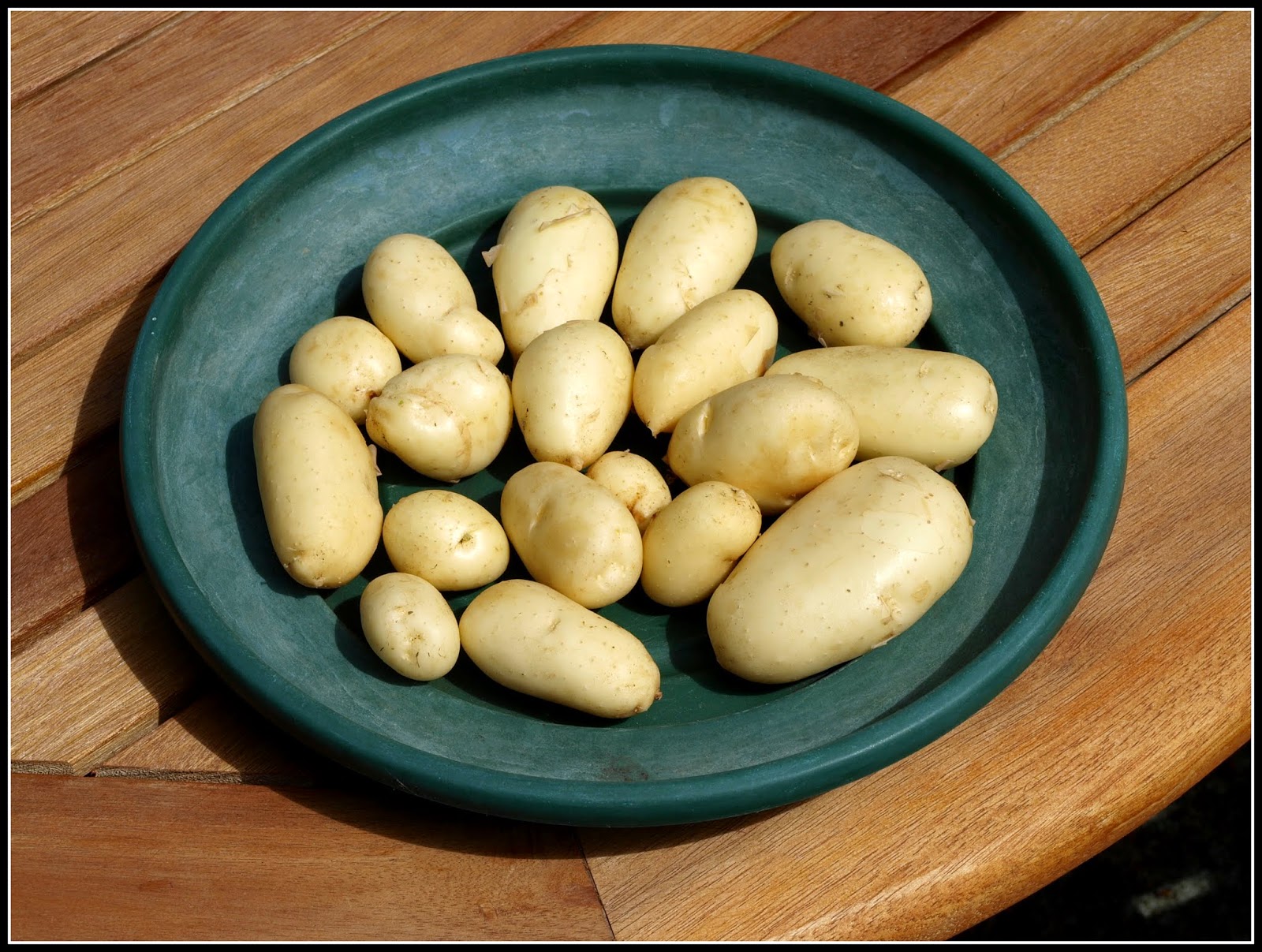 I cooked these potatoes very simply - boiled in salted water, with a couple of sprigs of Mint. Preparation was easy too: I didn't try to remove the skins (though it would have been easy to do so), I just washed them. 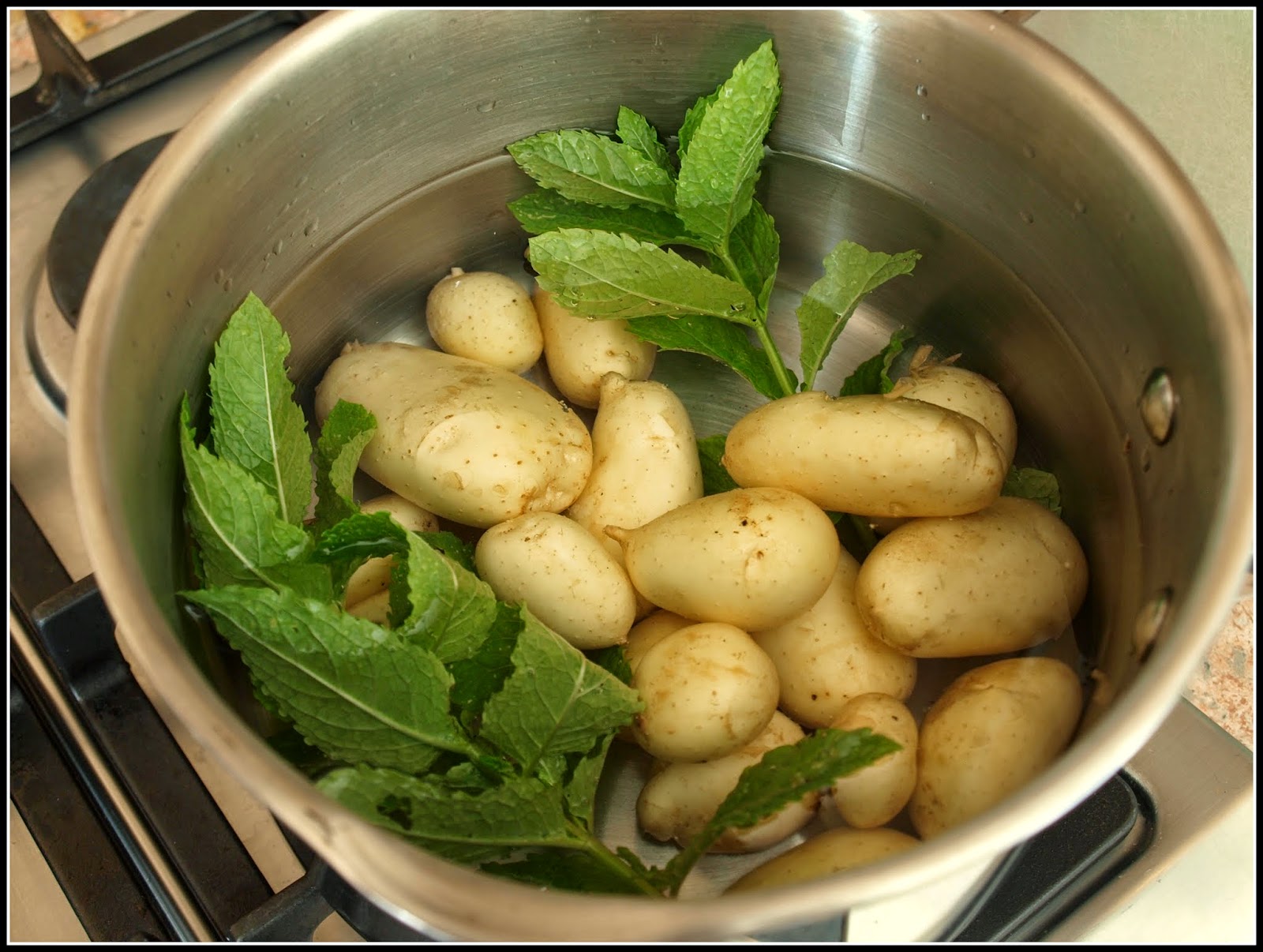 I had not previously grown "Sharpe's Express", so I didn't know what they would be like to eat, but I was very pleased with them. They were very light and almost creamy. I had to stand over the pan and test them frequently because new potatoes cook pretty rapidly and it is easy to overdo them.

On the same day I harvested a few peas. I have written about these several times before, so I won't repeat myself again. Here they are - 200g. 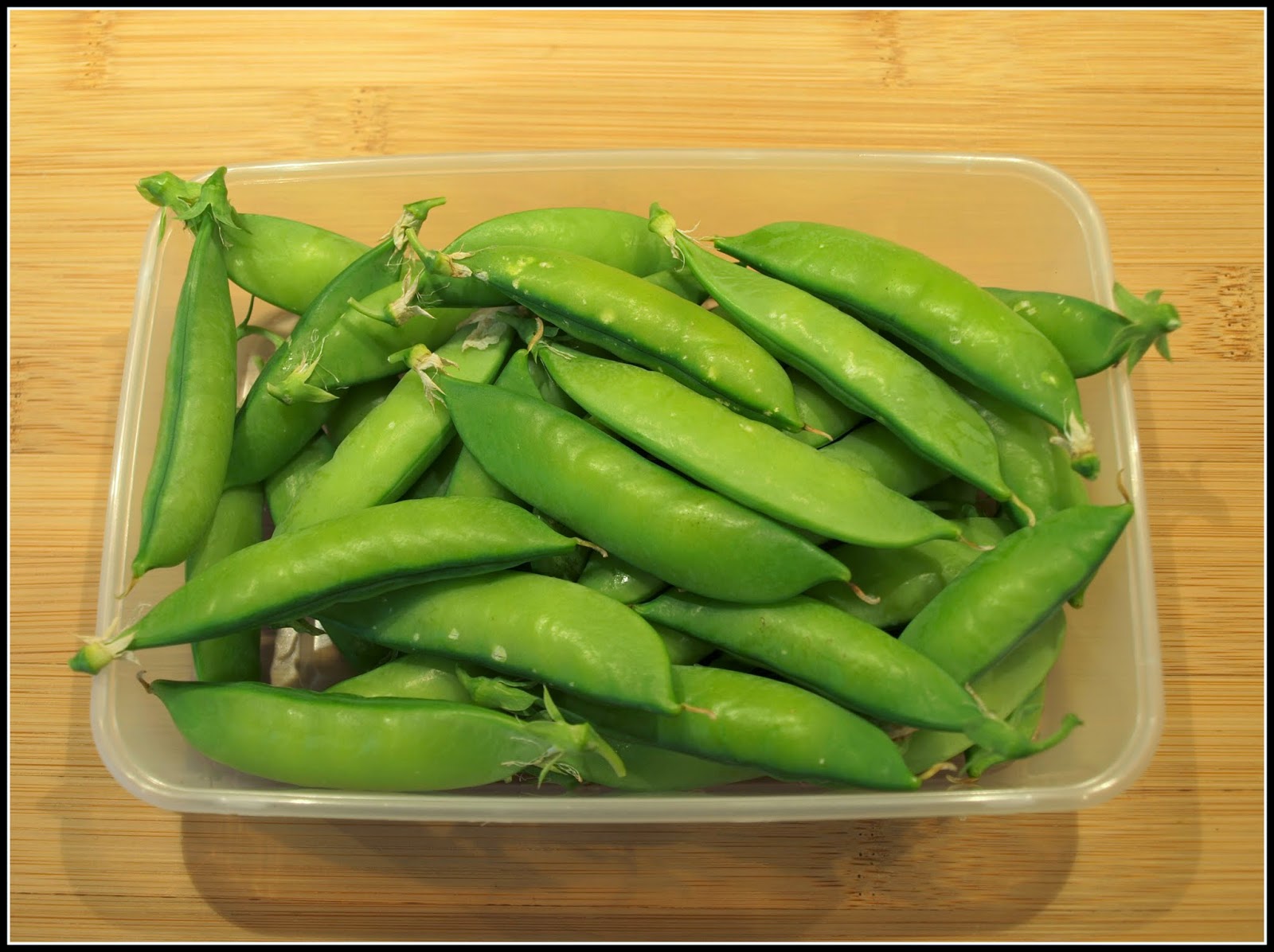 And when podded they came to about two tablespoonfuls:- 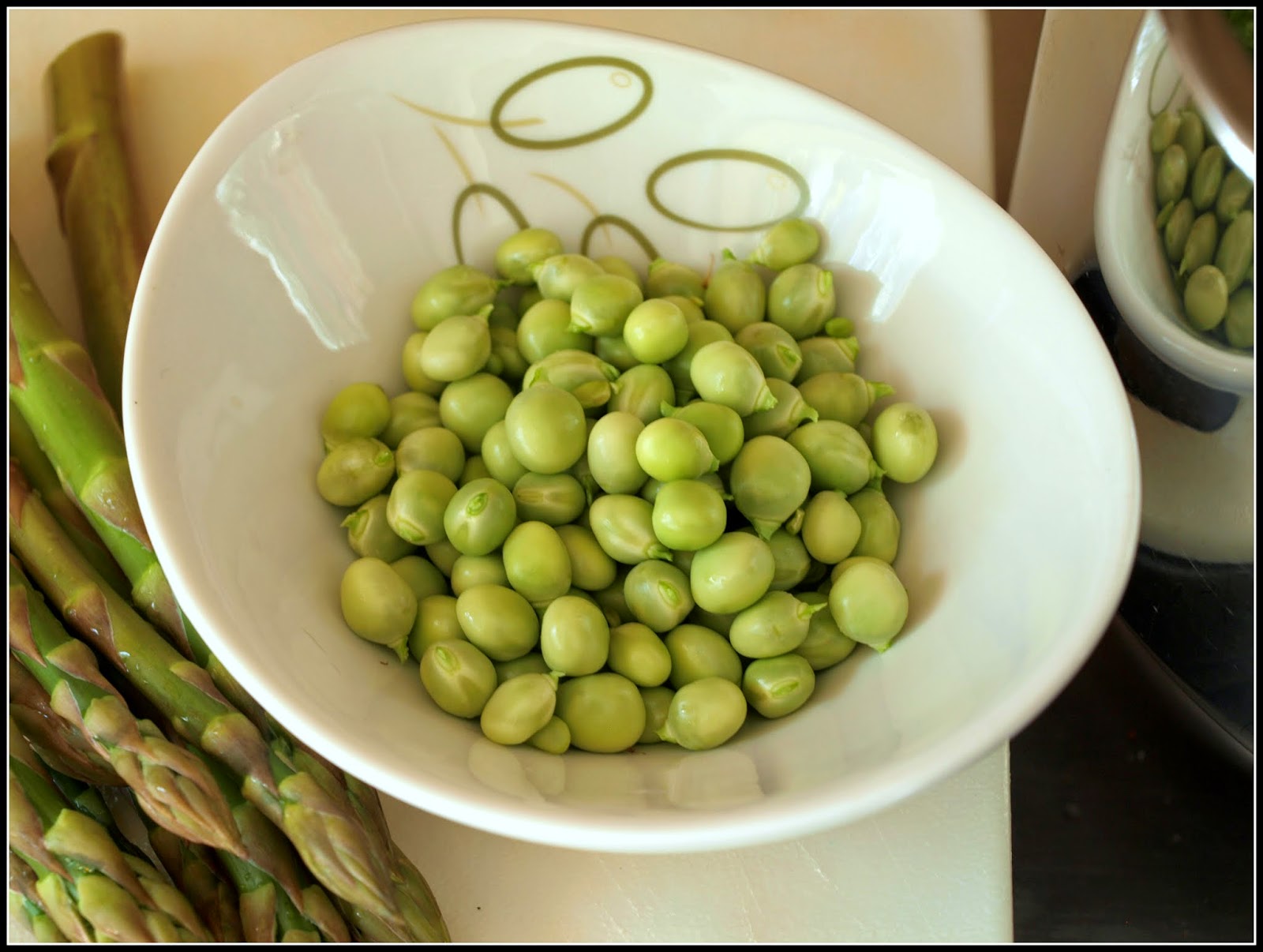 ﻿You can see in the corner of the photo above some Asparagus. Here's a better view of it: 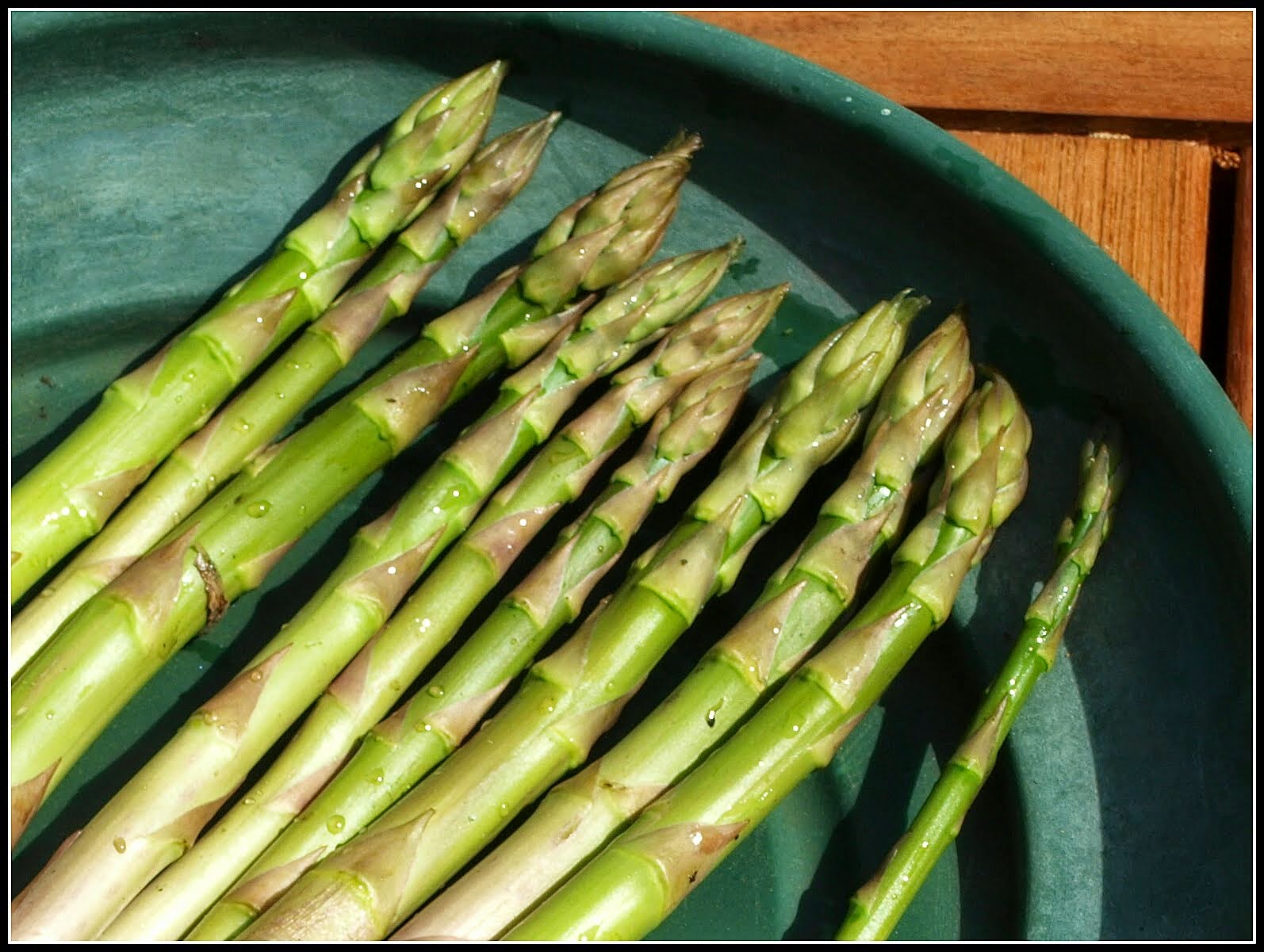 Ten spears. I reckon that's about enough for two servings, as long as it's not the only veg you're having.

I made some Chive Butter to accompany the Asparagus. It is simply butter that has been melted, to which chopped Chive leaves and a few flower buds have been added. As it cools down, the butter re-solidifies. When the butter re-solidifies the milk solids form a whitish speckling on the top, which I don't think is very attractive. If I do this again I may separate the butter, or perhaps just soften it to room temperature before incorporating the Chives, rather than melting it completely. 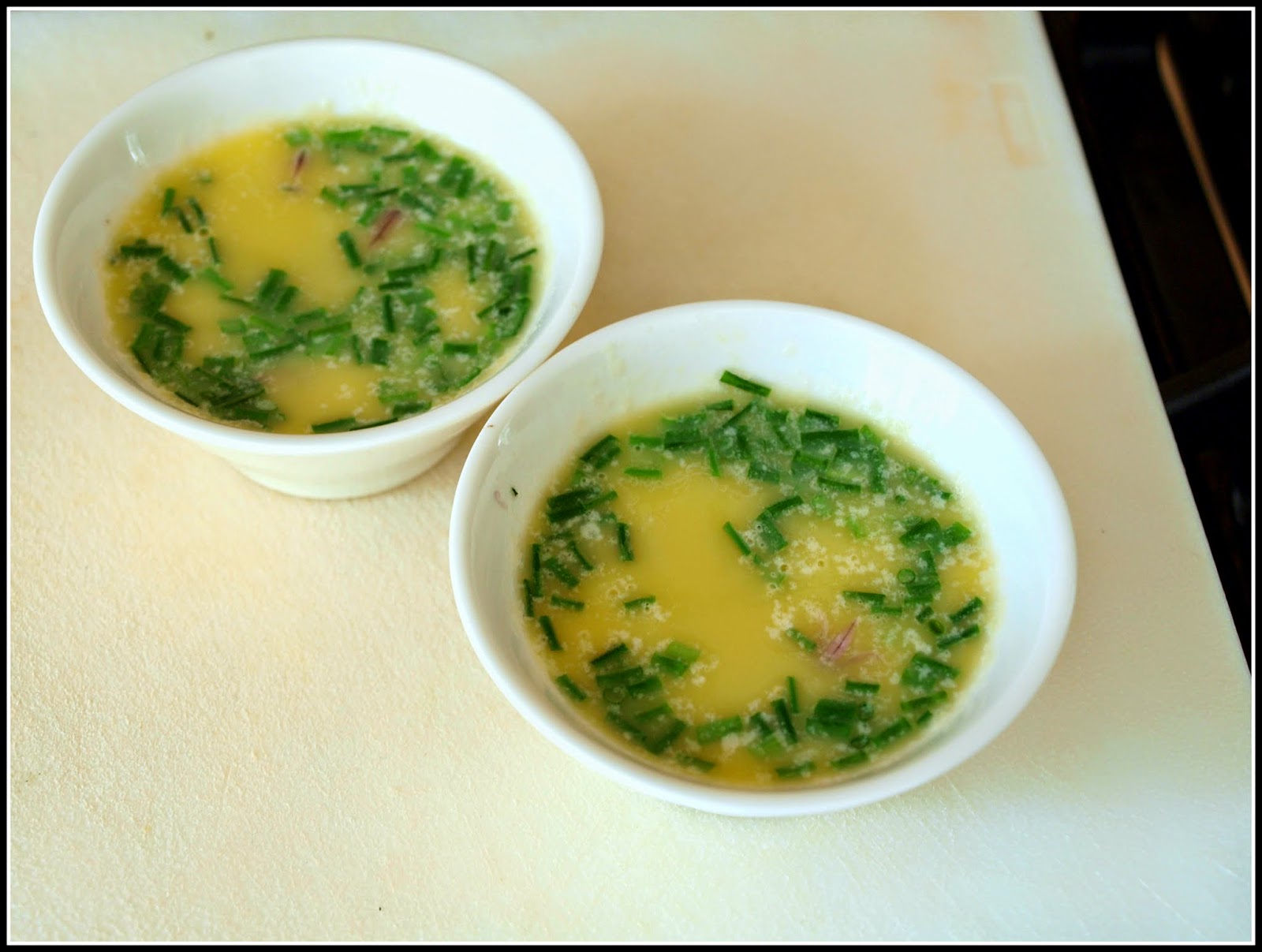 ﻿
I've just remembered that I haven't yet mentioned that I was planning to serve all this veg as accompaniments to some nice lamb chops...  In traditional fashion therefore, I made some Mint Sauce, using fresh Mint from the garden, white wine vinegar, and some sweetener. This is visible only in my photos of the finished dish (on top of the Lamb chops):- 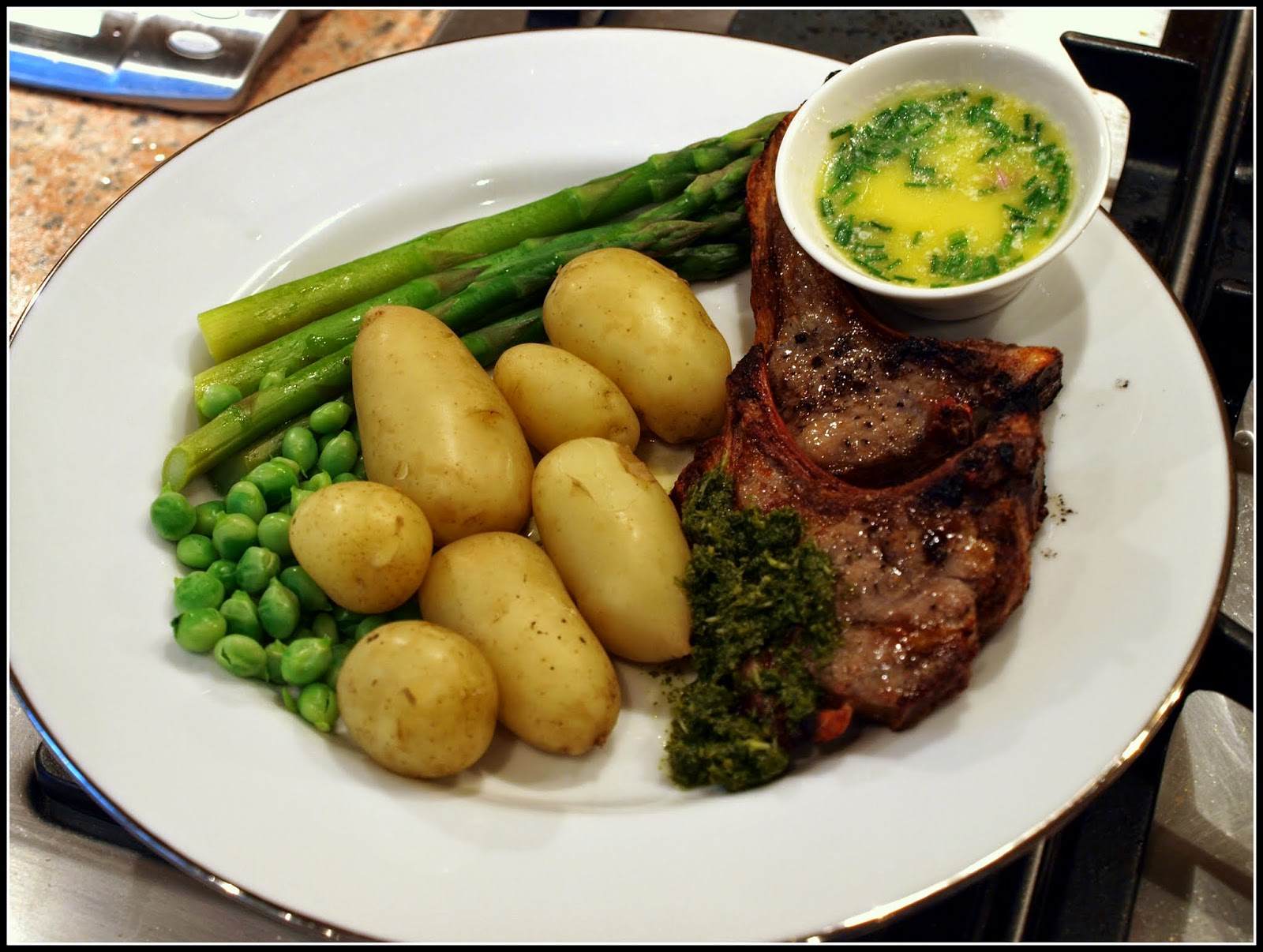 As we were eating this meal, Jane pointed out that all the vegetable matter in it had come from the garden. Potatoes, Asparagus, Peas, Mint, Chives. That made me feel good! 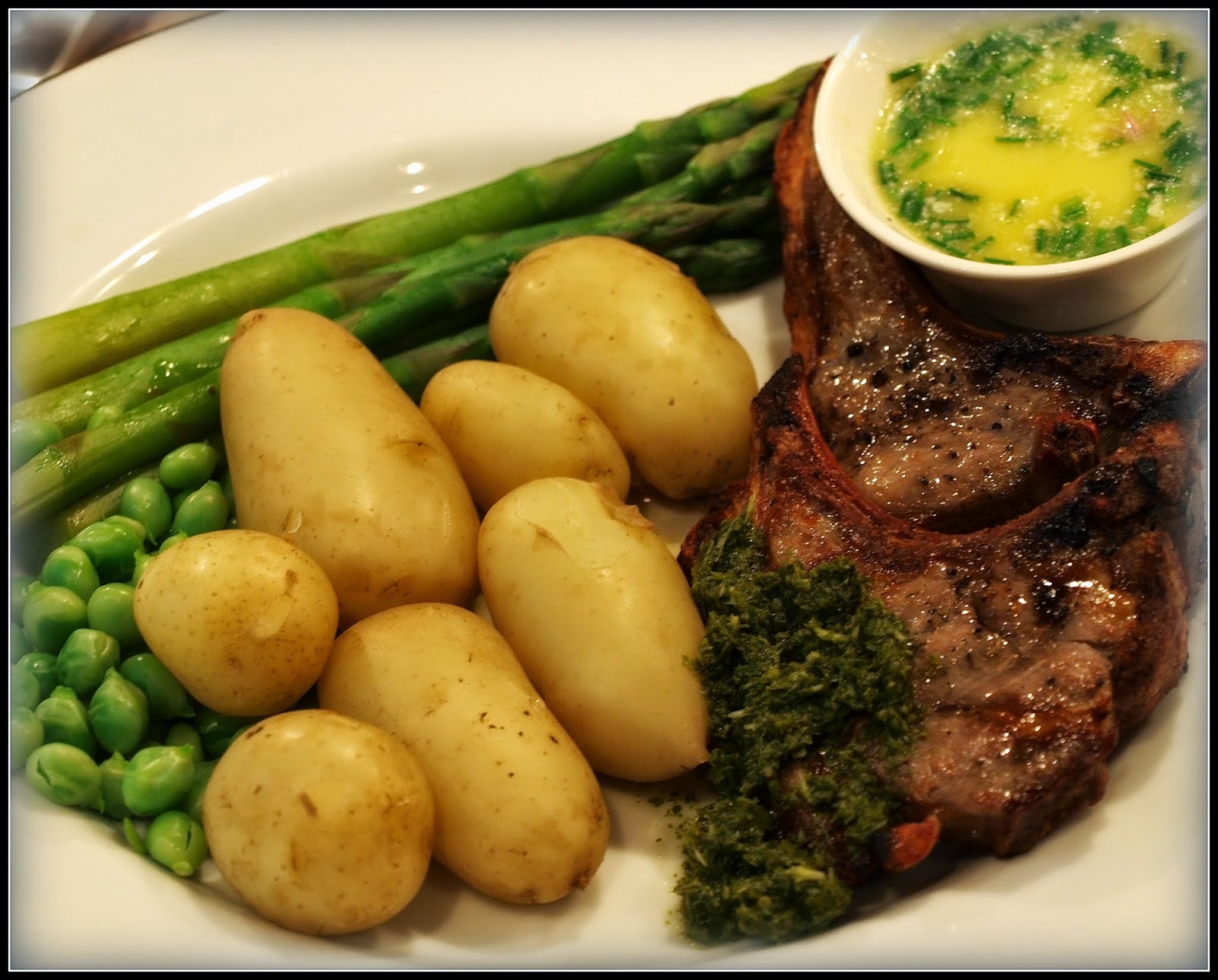 ﻿
Yes, we did finish all the 500g of potatoes between us - it was a 60/40 split between me and Jane. They were so good that I had to keep going back to get some more. I really love potatoes that have cooled to the lukewarm stage, so even after we had had our dessert (Gorgonzola cheese with crackers), I went back and polished off the last remining spuds!
Posted by Mark Willis at 12:00