As you probably know, I'm growing Carrots and Parsnips in my big Woodblocx raised bed. Well, their foliage had become so luxuriant that it was pushing up against the Enviromesh cover. I felt that this would not be good for them, so I decided to "raise the roof".

This is the "before" shot: 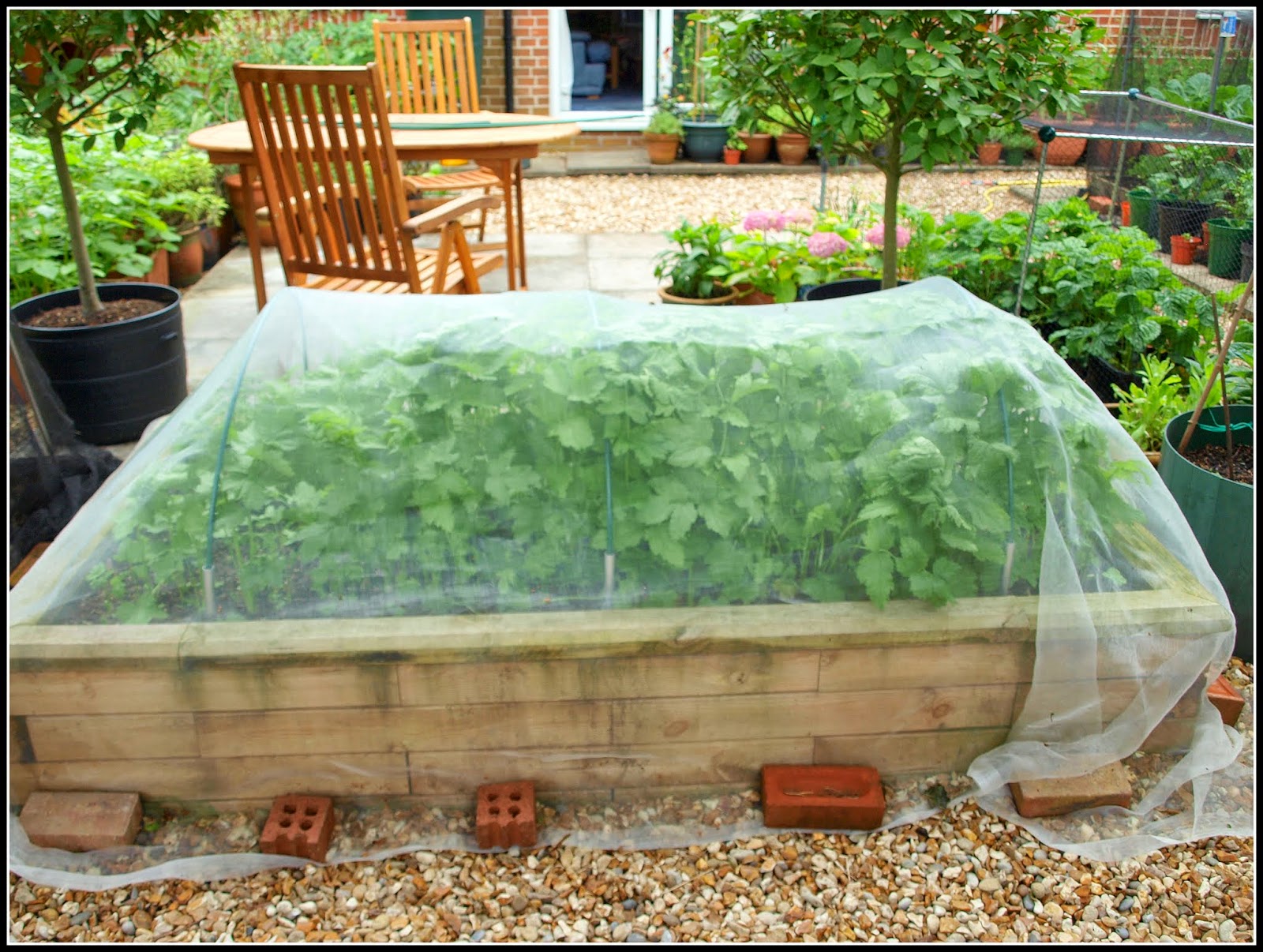 And this is the "after" shot: 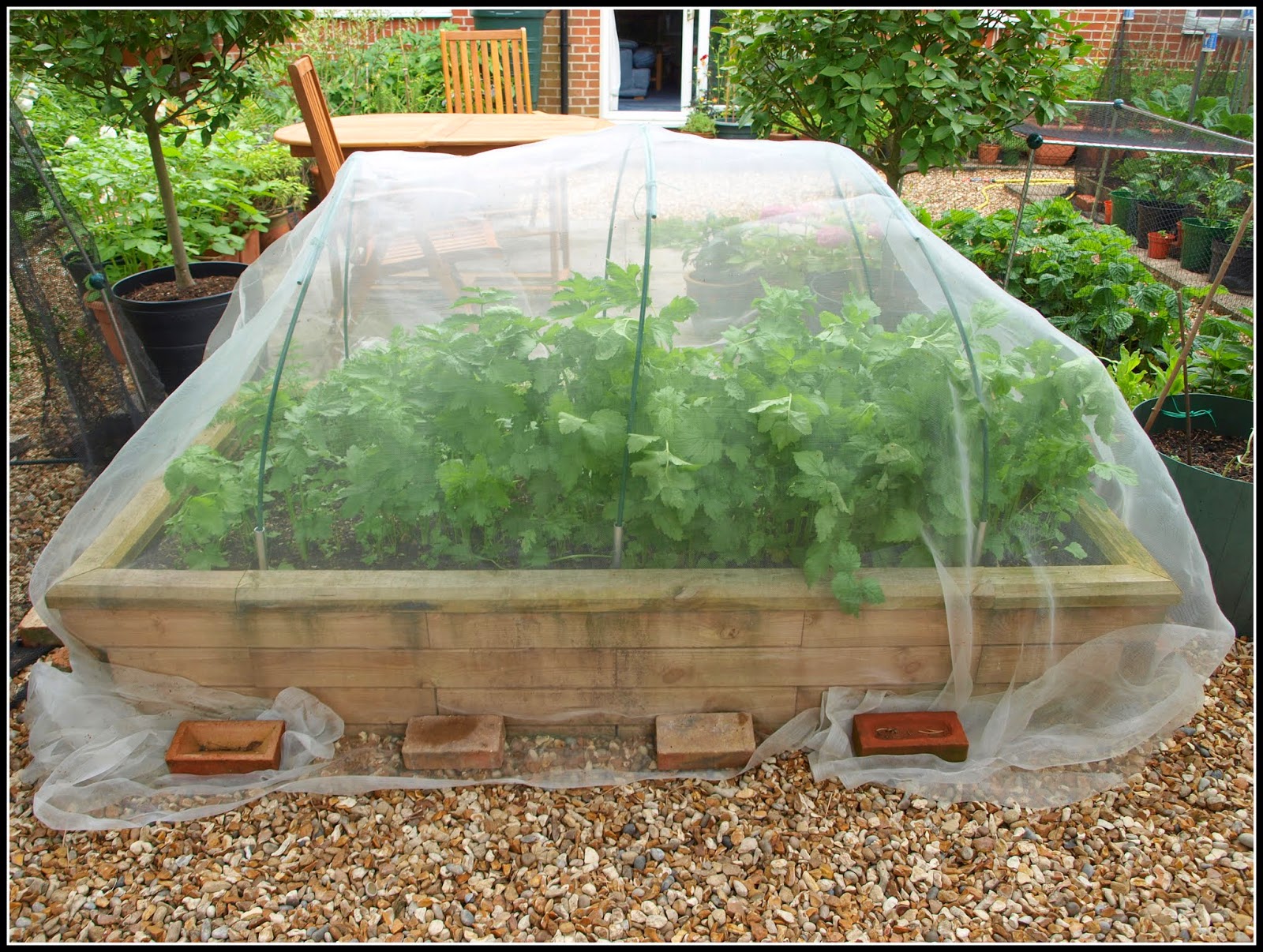 The raising was achieved by using hoops made of pairs of 1.2 metre length flexible plastic rods﻿ tied together to make an overall length of about 2 metres. The ends of these rods are fed into aluminium tubes which are pushed deep into the soil of the bed. When I bought the Enviromesh earlier in the year I deliberately bought a very big piece because I anticipated this expansion, so it was easy enough to unroll a bit more of the mesh to cover the bigger hoops.

Since the cover was off for a while, I took the opportunity to have a good look at the crops underneath. A few of the Carrots (the ones sown first) looked as if they were about to bolt. The stems were beginning to thicken, and I know this means that a flower-stem is about to shoot up. So I pulled them up, reckoning that if we were ever going to eat them it was now or never: 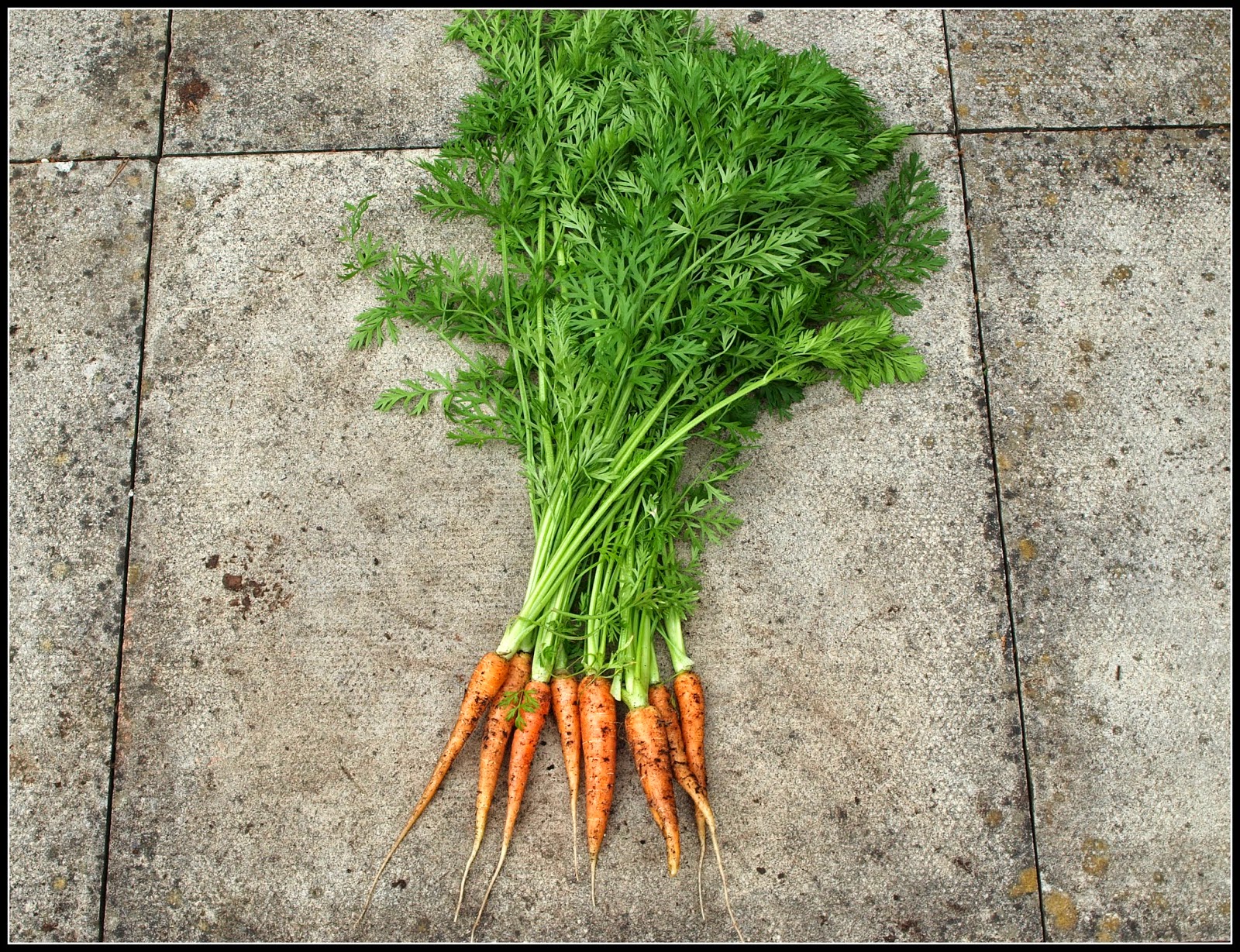 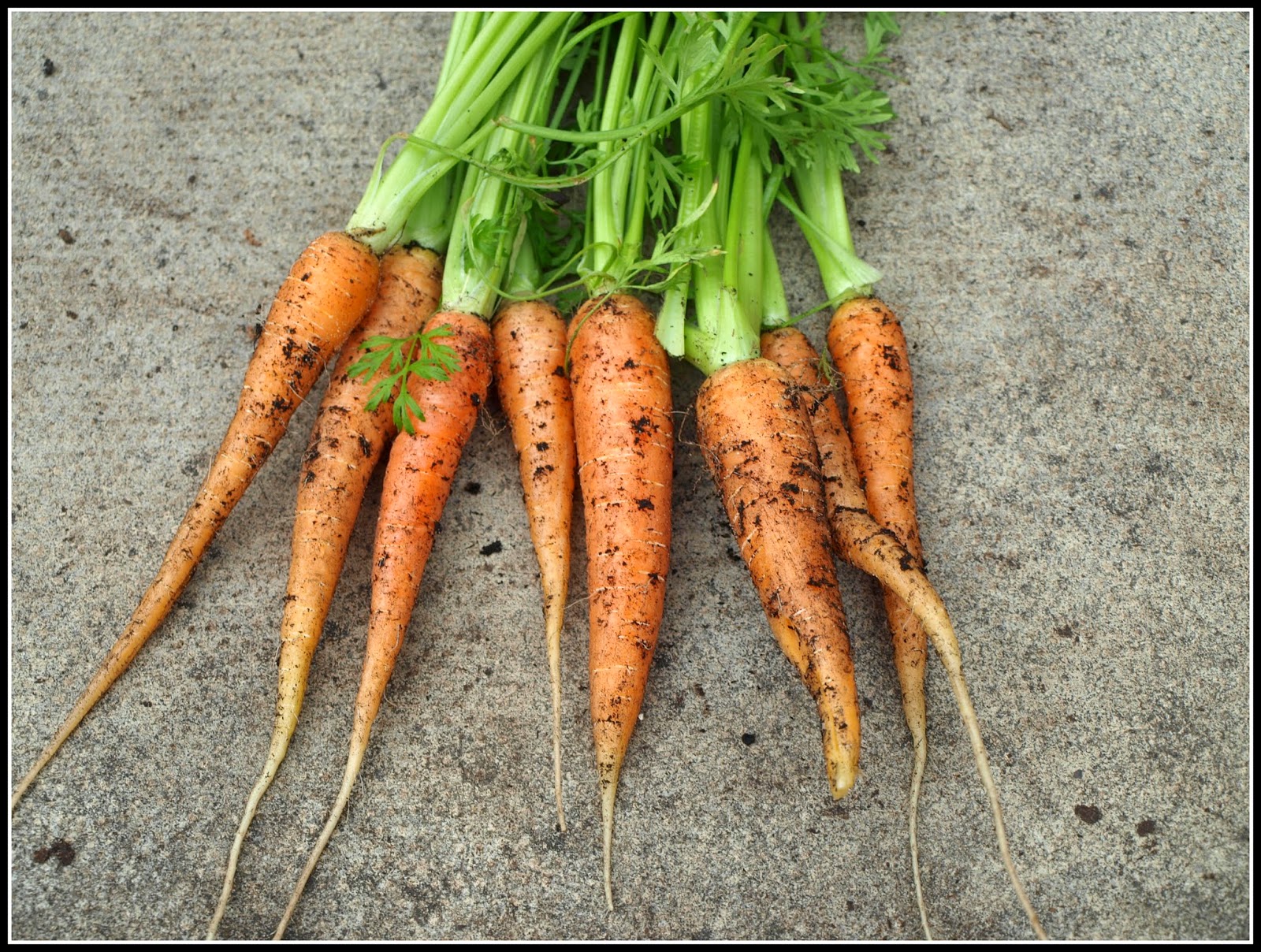 Here's a view that shows the thickening of the stems to which I referred: 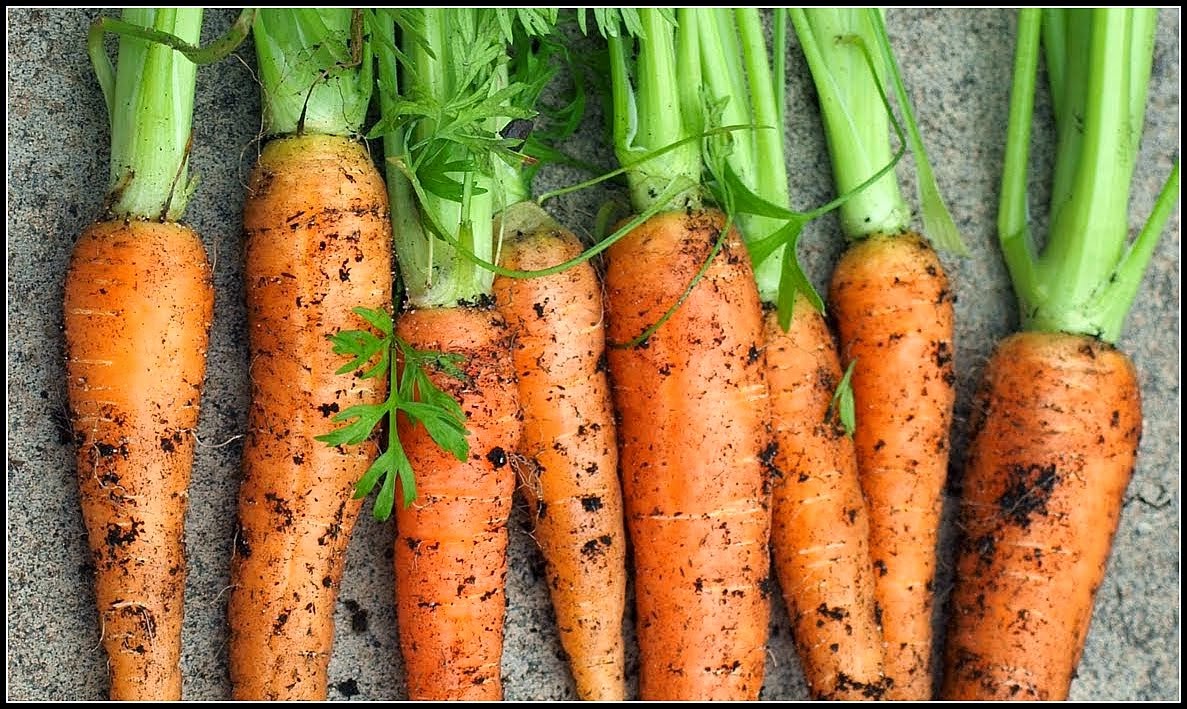 Can you see that the stems are about the same thickness as the shoulders of the root? At this stage, they will be edible, for sure (I've tried one!), and they will go into a "Risotto Primavera" that Jane is going to make, along with some Asparagus and some Broad Beans. A week later they would probably be tough and woody.

I'm not illustrating any Parsnips, because so far there is nothing much to see apart from leaves, which I feel may be too unexciting! Having said that, it was nice to see that the leaves are still largely unblemished. Often by this time of the year they are criss-crossed with the tunnels of Leaf Miners, but not so this year. I don't know how Leaf Miners arrive, but maybe the Enviromesh has kept them out?
Posted by Mark Willis at 11:47