Regular readers will be aware of the problems I have been having with compost contaminated with weedkiller of some sort. My initial diagnosis was that the cause of this was aminopyralid weedkiller in the composted stable manure I had bought earlier in the year, because the plants most seriously affected are the ones in containers filled with the said compost. This includes all the tomato plants, all the potatoes and all the chillis. Also affected are the beans, planted in a raised bed to which more of the suspect manure was added, and a few others.
﻿
﻿

﻿This week I have had a talk with a representative from the company from whom I bought the suspect compost. He was adamant that the manure that goes into their compost is taken from the most reliable sources - such as the stables of the Household Cavalry and the Mounted Section of the Metropolitan Police, who are most unlikely to contravene the regulations that govern these harmful substances. Furthermore, their products are supplied to some very high-profile customers, such as the RHS gardens at Wisley. We discussed the way my plants are raised, and I told him that my seeds were sown in small pots of multi-purpose compost prior to transplanting into the big containers in which they are grown to maturity. At this point it dawned on both of us that there was a possibility that the problem was introduced earlier than I had previously imagined - that is to say, in the multi-purpose compost.

According to the person with whom I was speaking, at least 50% of the material used for all the Big Name multi-purpose composts comes from recycled domestic garden waste, collected by the local Councils. This material could easily contain lawn clippings contaminated with weedkiller. It is not supposed to, because instructions for the use of such products tell the user not to put it in the green waste - but then it only needs one illiterate or negligent person to upset the whole scheme! Looking at the website of Dow AgroSciences (the manufacturers of the products in question) I see that it would take only one drop of this stuff in an amount of water equivalent to an Olympic swimming-pool to cause damage to garden plants. Frightening, isn't it? Why are such products licensed for use? They should never be allowed. Domestic gardeners are not even allowed to use Jeyes Fluid any more, yet Big Business is allowed to sell these dreadfully toxic substances. Why?

I have had a really good look around my garden, and I have concluded that it is in all probability the multi-purpose compost that has caused me all the problems, not the composted stable manure, since lots of plants are affected, many of which have not been near the stable manure. the compost I have used recently is called "Westland Multi-purpose Compost with added John Innes", coincidentally sold by the same place, although I bought mine from my local Garden Centre (part of the Diamond Group). I shall be thinking VERY carefully before I buy any more commercial compost of any sort.


The outcome of my discussions with the compost supplier is that they have agreed to refund the price of my purchase. In the circumstances (in the absence of any concrete proof that their product is at fault) I suppose this is fair, but it hardly compensates me for the loss of a substantial proportion of my Summer's crops - especially my beloved tomatoes! This is particularly galling since most of them were very special ones, from seeds supplied to me by a blogging friend in Belgium... Look at this aberration, surely a symptom of the problem described:- 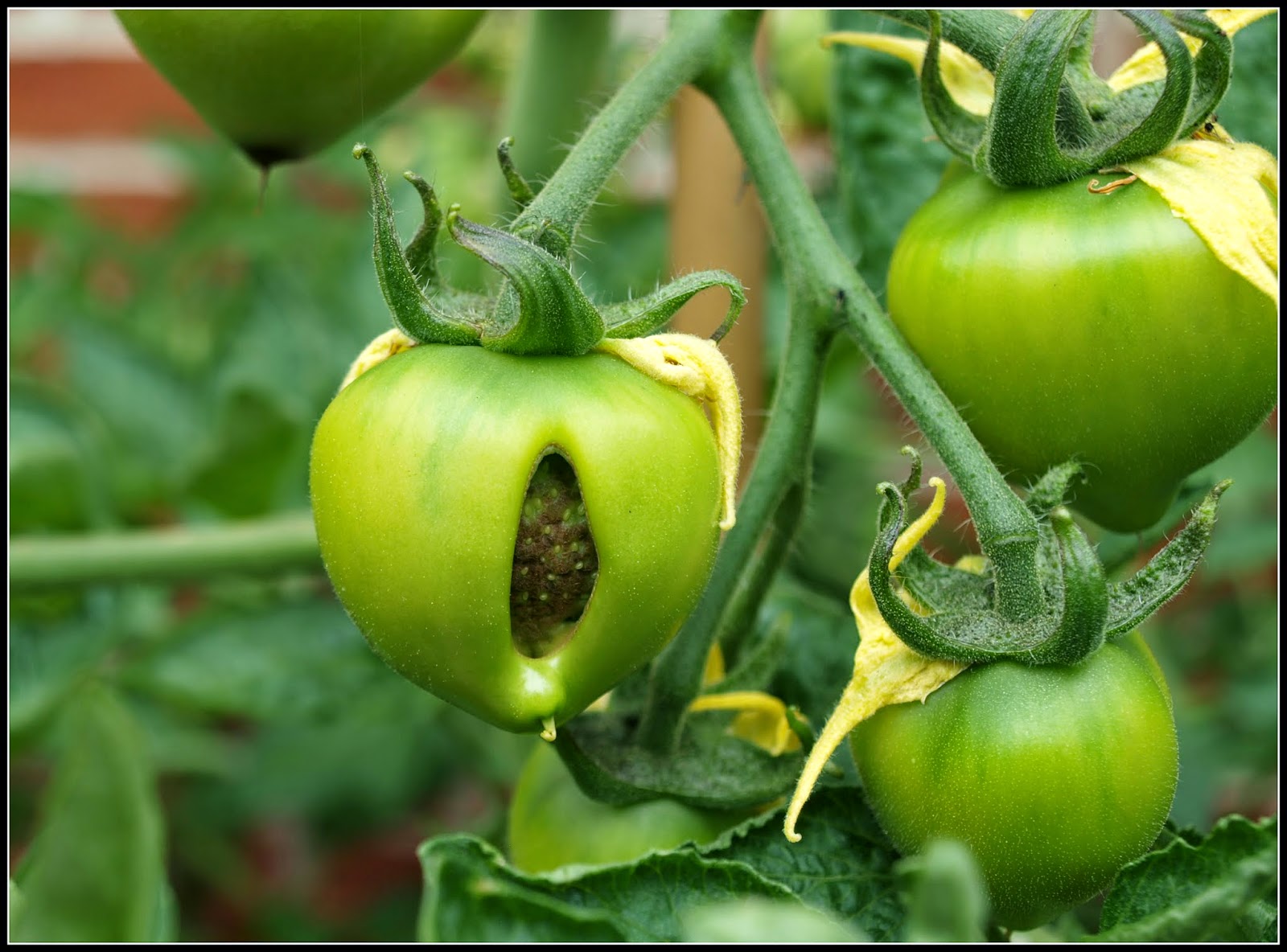 This tomato seems to have produced a "viewing window" so that you can watch the seeds develop! 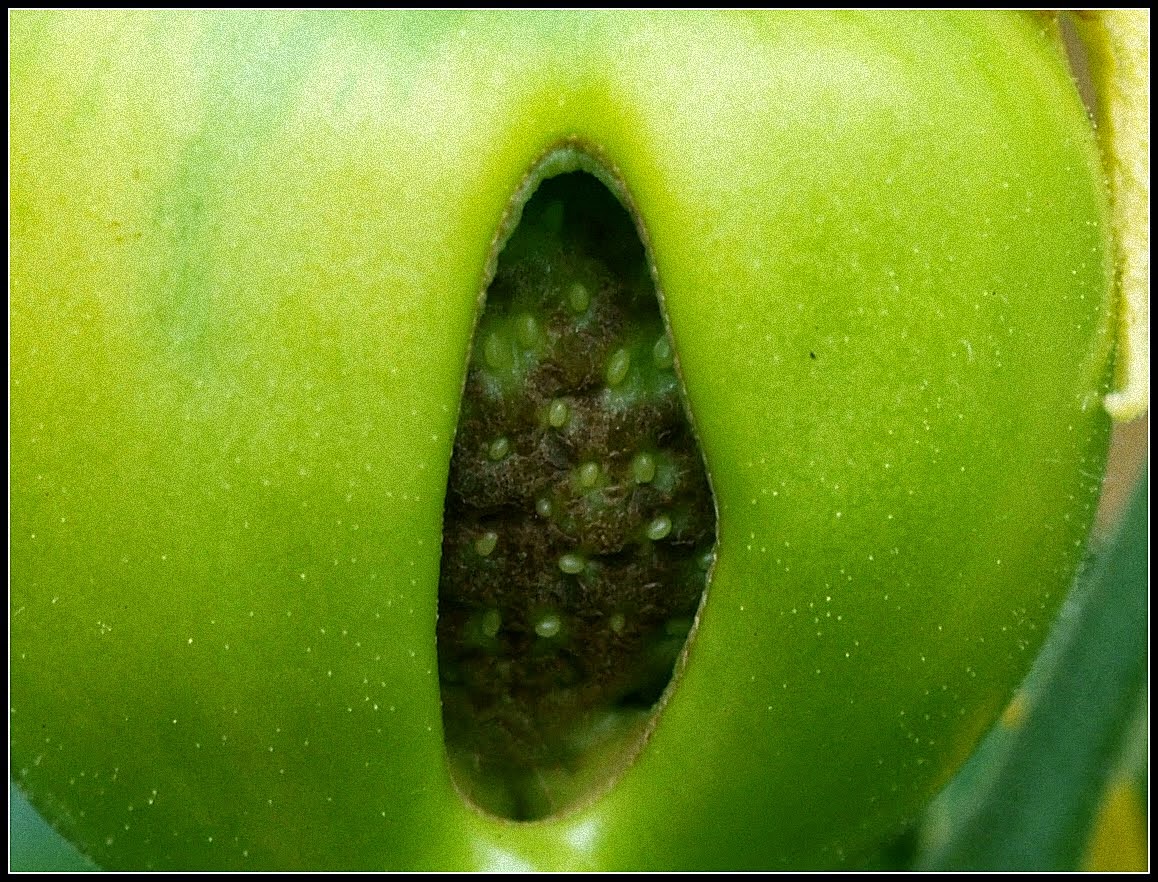 ﻿
In future, I will be making strenuous efforts to maximise the amount of home-grown compost I produce, and to minimise my use of commercially-produced products.
Posted by Mark Willis at 12:00