Win some, lose some

My potatoes have been generally pretty good this year, but not uniformly so.

These are my "Pink Fir Apple" potato plants (the ones on the right, in the dark green pots) 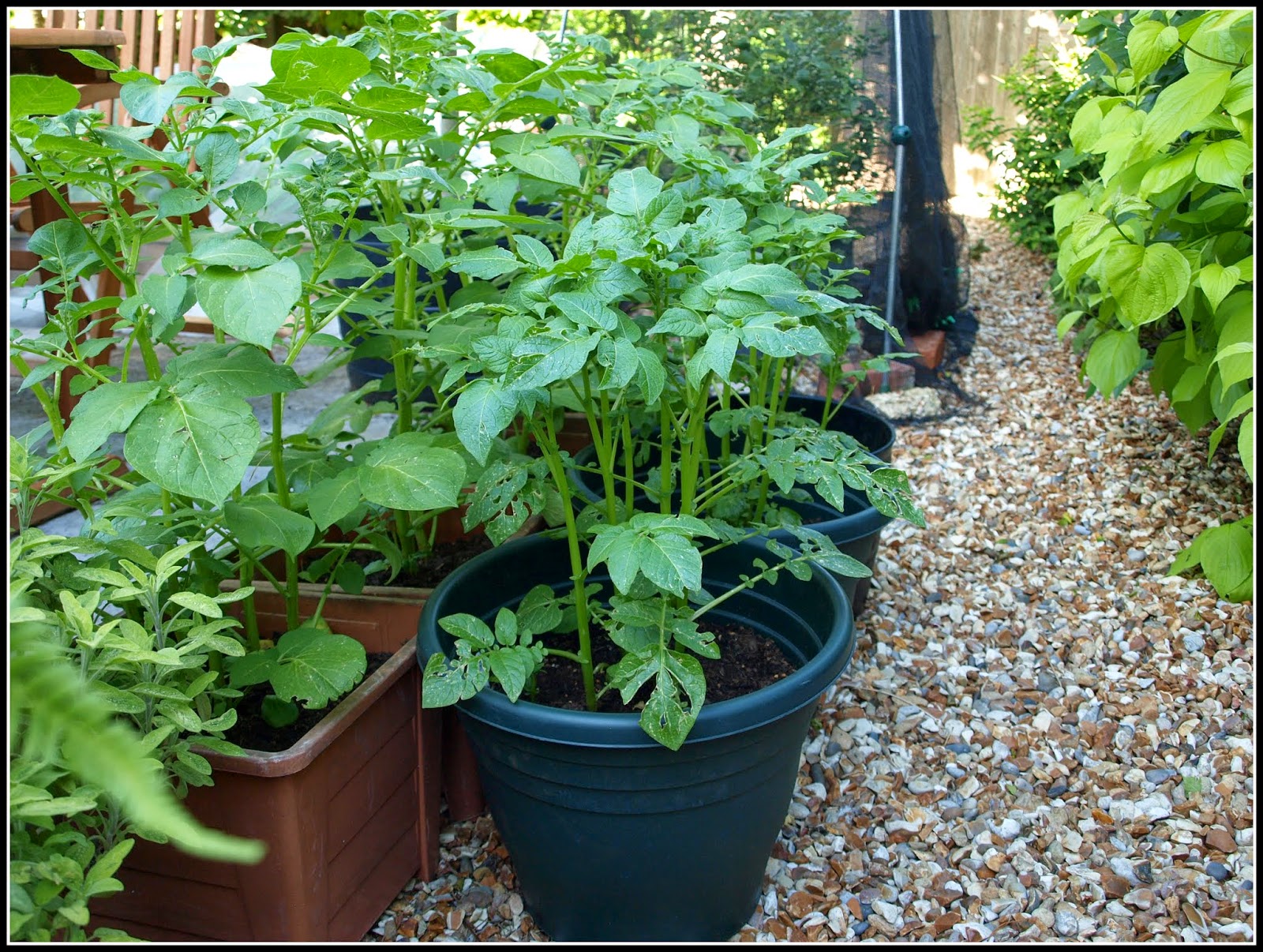 I had four seed tubers of PFA, and I planted them one to a pot. Initially they all grew at much the same rate (i.e. slow). After a couple of weeks I earthed them up as usual. Three plants continued to grow (despite a severe battering in that amazing hailstorm we had), but one of them just seemed to stop. This is what it looks like now: 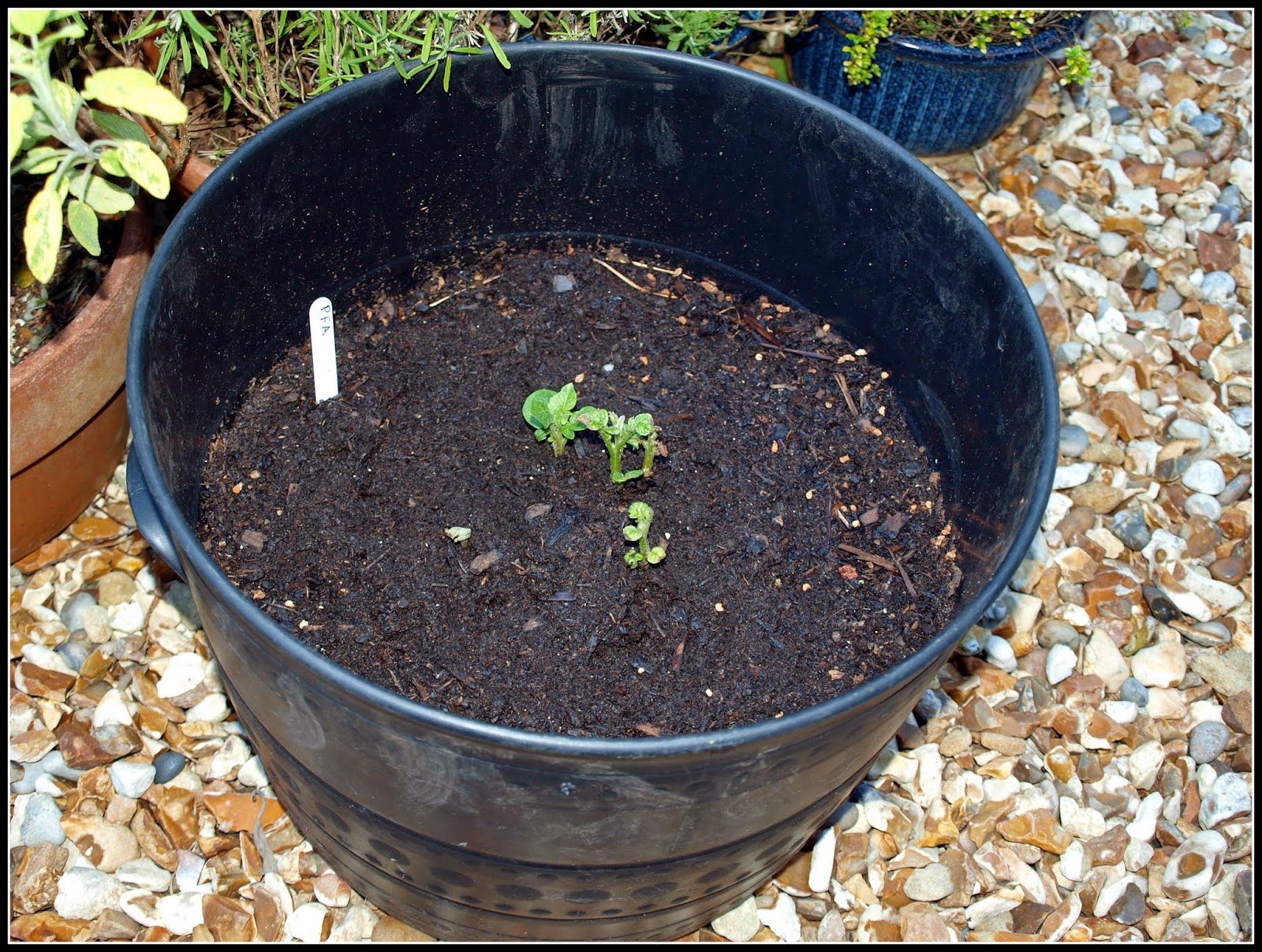 It's evidently not dead, but for some reason it seems to have given up. I wonder if maybe slugs have attacked it below soil level. I'm not going to verify that theory, because the disturbance would probably be too much for a weak plant like this. Instead I'll just leave it alone and see if it recovers. Actually, taking a positive outlook, it would be quite nice if it did recover but mature later than the others, thereby extending my harvest period even further. Pink Fir Apple is a maincrop potato, and I would not expect them to be ready until September anyway.

One final little anecdote: a couple of days ago I was lifting out the hessian bags in which I store potatoes after harvest, and I discovered one tiny PFA tuber from last year's crop still inside. It had produced a "chit" (shoot) which had grown through the hessian towards the light. Did I throw it away? No, of course not! I planted it. I reckon that if it has the tenacity to cling on to life for nearly a year in such adverse circumstances it is worth letting it have a go at producing some "babies" of its own.

Just so we know what we're aiming for, this is what PFA looks like when the tubers are mature: