You all know I am a big fan of PSB, don't you...? Next year's crop is well under way now. The seeds were sown on 2nd May, about 10 to a 5" pot. As they grew, I progressively removed the smaller/weaker seedlings, aiming to reduce them to 50%. 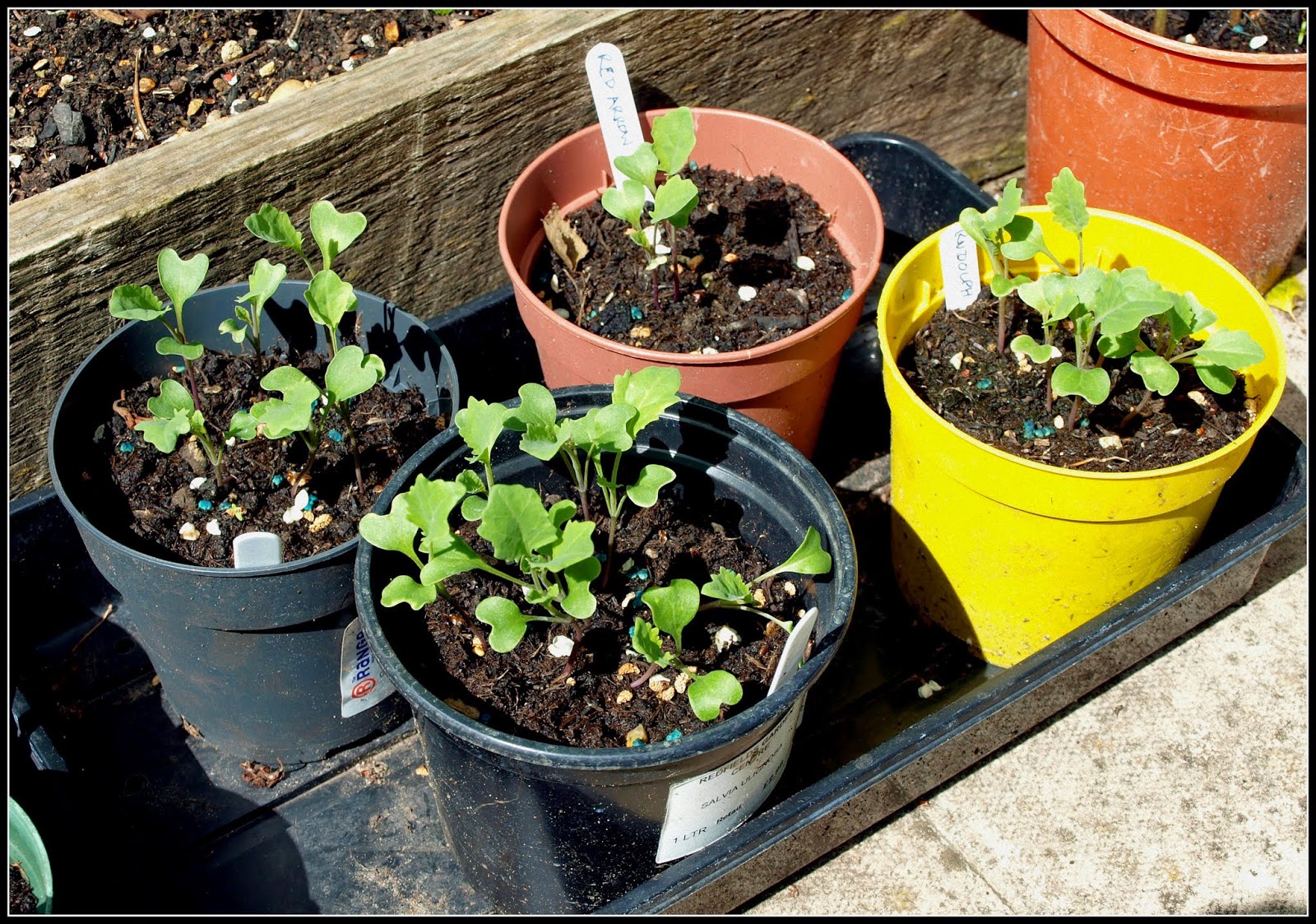 By early June they had reached the size where they needed to be potted-up individually. They would be too crowded in the original pots, and the nutrients in their compost were probably nearly exhausted anyway.

I have now put each PSB seedling in a 3" pot of its own, planting it as deeply as possible, so that the compost comes up to the level of the first leaves. This will help it to develop a strong root system, which is highly desirable in PSB, since it grows big and tall and is inclined to be unstable. 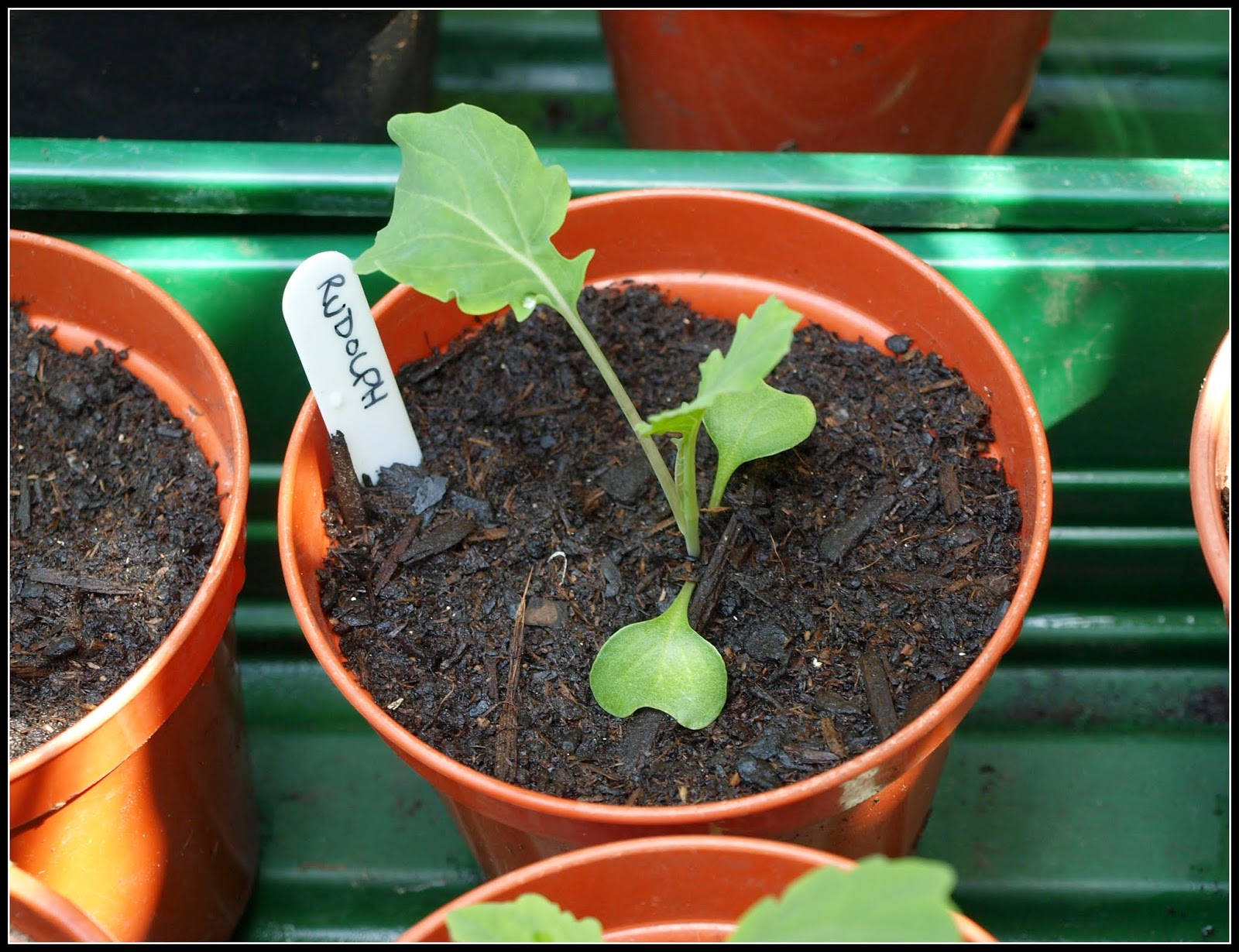 ﻿One of my four varieties is "Red Arrow", of which I only had four seeds left over from last year. Two of them came up. I had plenty seeds of the others and I think they all germinated. I have potted-up a total of 12 good seedlings, and discarded the others. I intend to eventually grow a maximum of six PSB plants, so I reckon that having another six as spares should be sufficient! 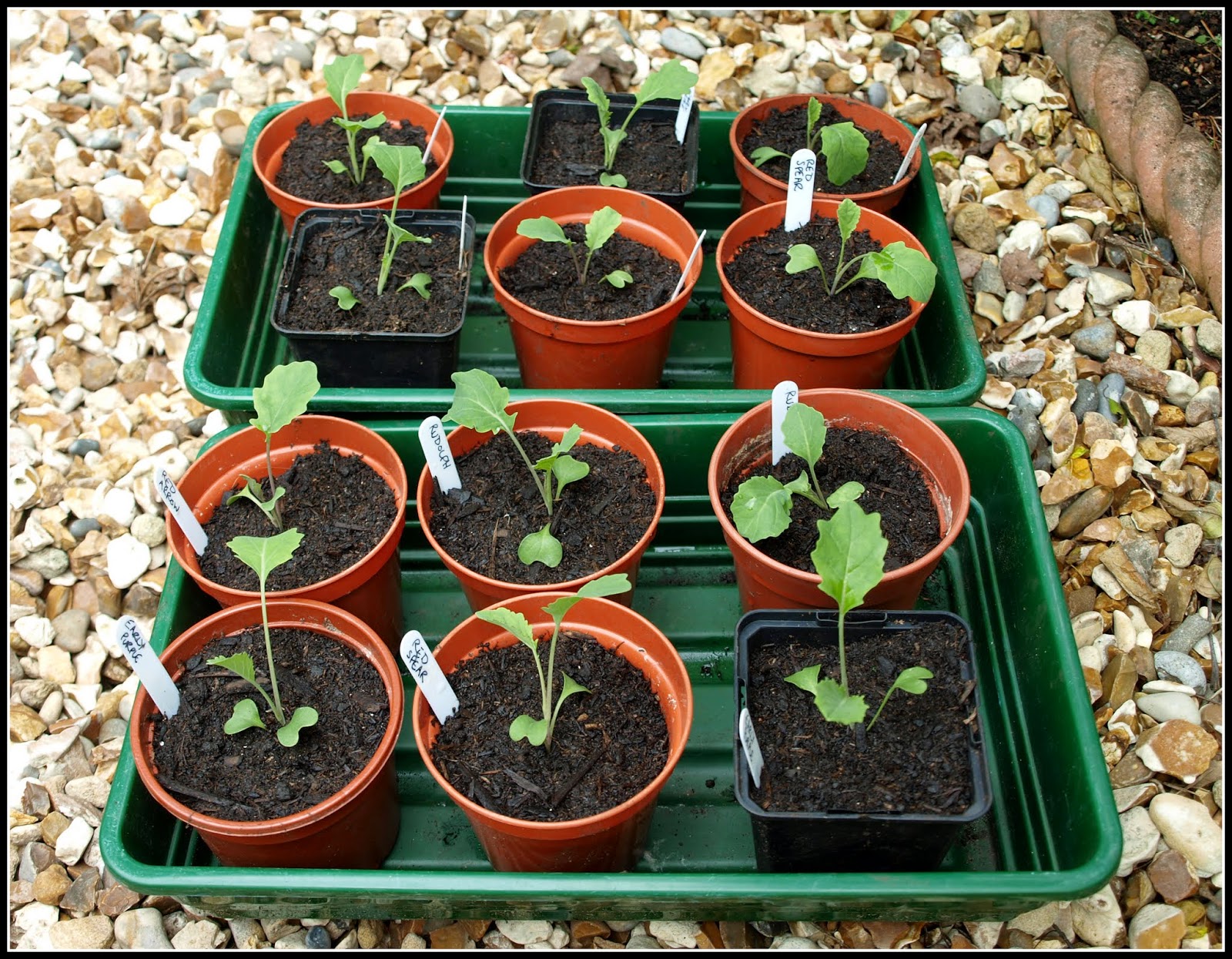 The variety that did best for me last year (in other words, harvested this Spring) was "Early Purple Sprouting", an old variety that has been around for ages. It has produced the biggest, strongest-looking seedlings of the lot. I have kept four of these. 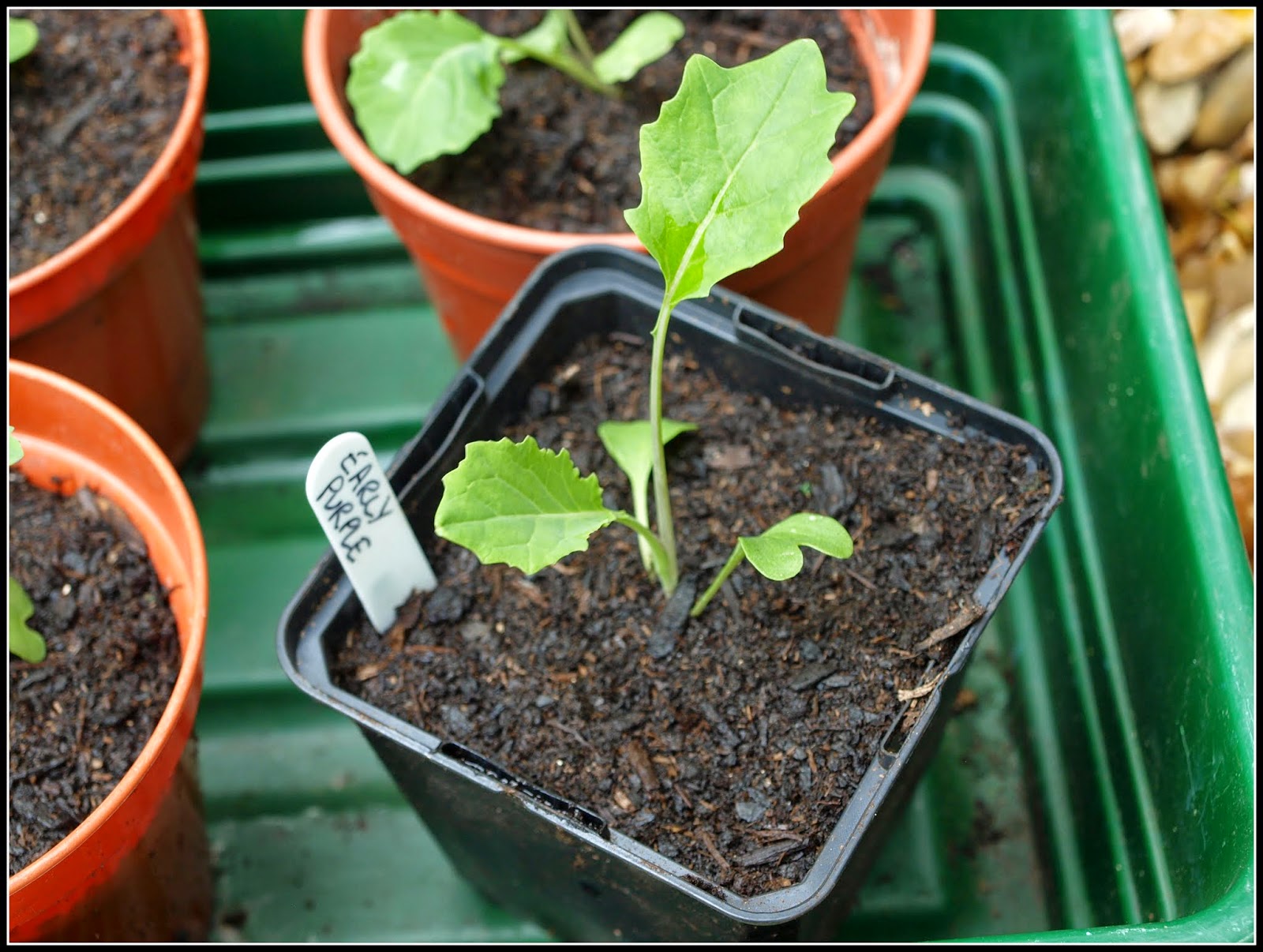 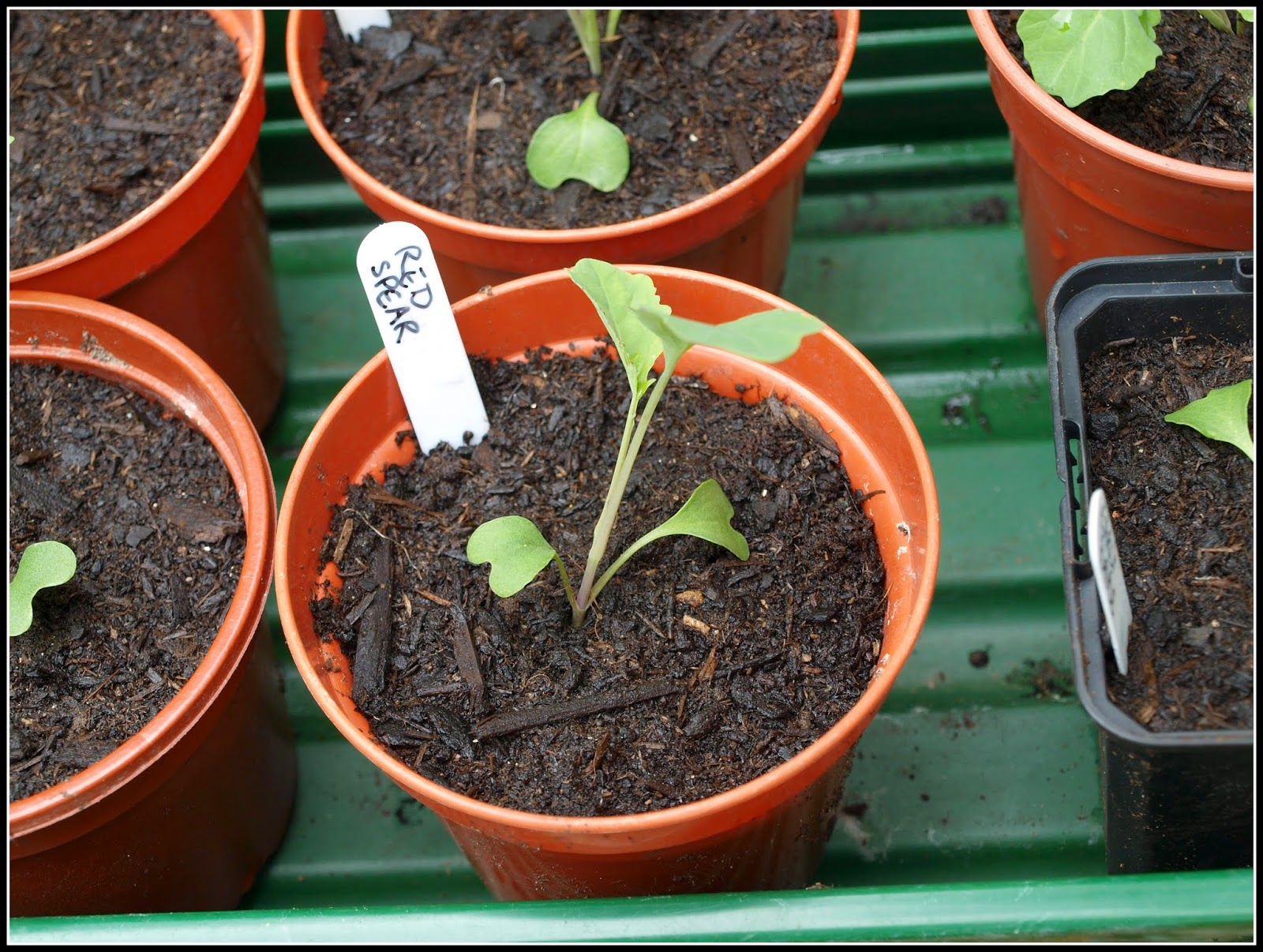 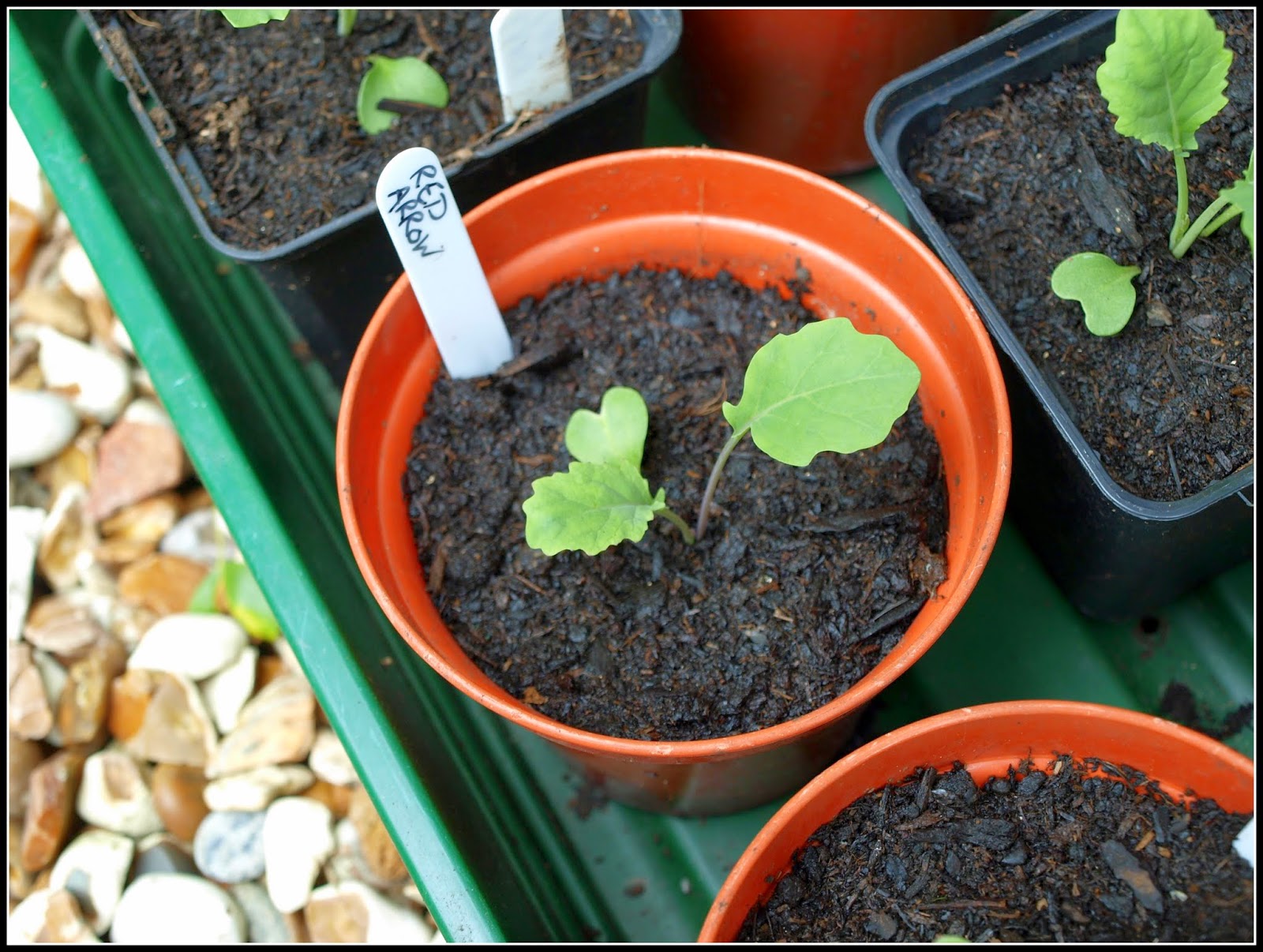 After taking the photos, I applied a sprinkling of blue slug-pellets. These seedlings are too precious to risk losing them to slugs and snails! I have also ordered another lot of nematodes, which I will apply shortly before planting out these seedlings.
Posted by Mark Willis at 12:00