Among the many reasons why I write this blog is the fact that it gives me a good record of what has happened amd when - it is in effect a garden diary. Today's post has no particular theme, other than that it shows the state of play.

One of the jobs I did last weekend was re-potting the Purple Sprouting Broccoli plants. Previously they were in 3-inch pots. Now they are in 5-inch pots. This will allow them to grow without becoming cramped, and the additional compost around them will mean improved moisture-retention and less chance of becoming parched during a hot dry day. 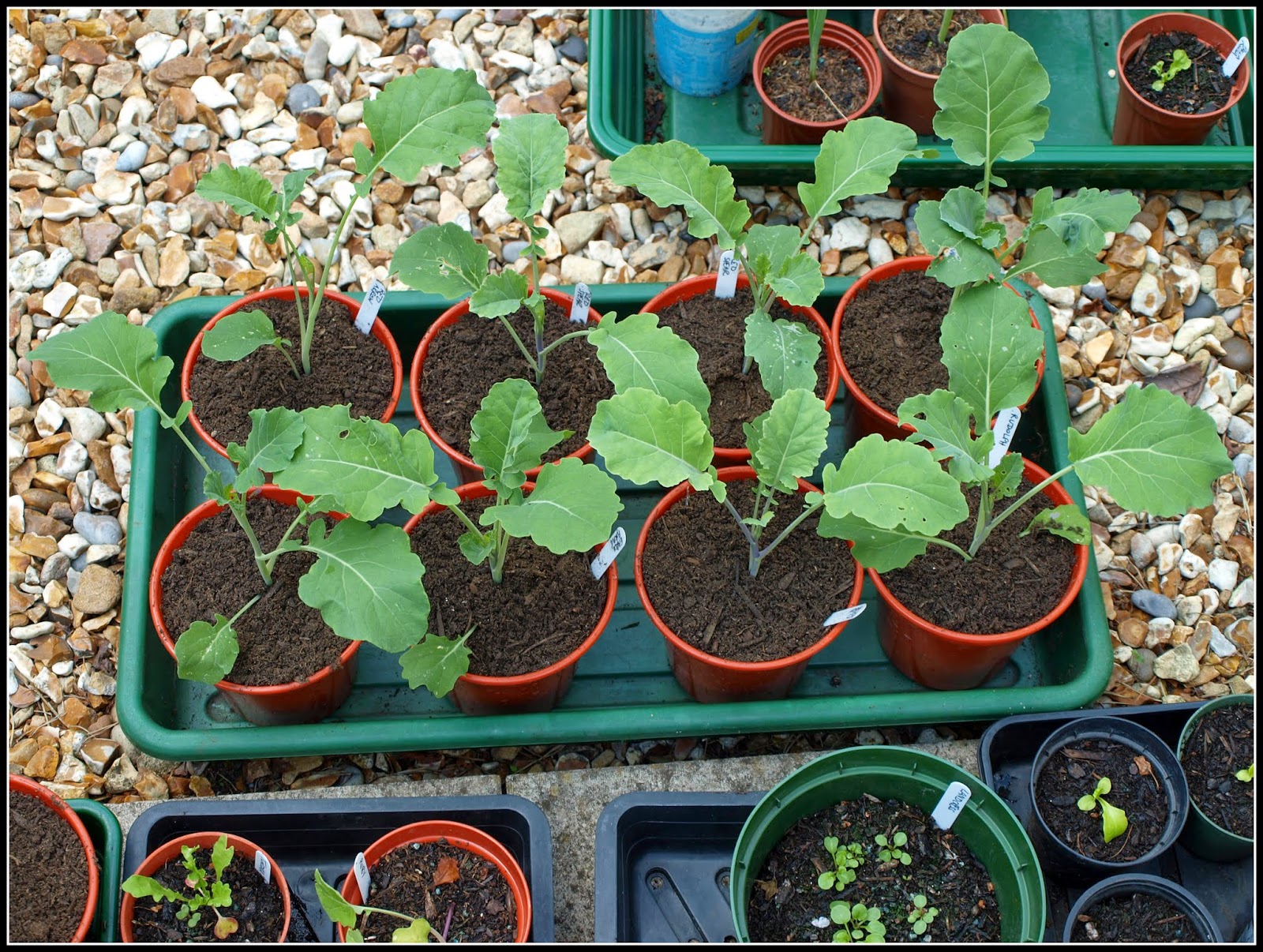 I have 11 PSB plants at present - one accidentally got broken while I was moving them around - but it is still plenty, since I will probably only grow either 4 or 6 (still undecided).

I stopped cutting Asparagus a couple of weeks ago, but of course the plants are still putting up spears. They probably feel safe from execution now! 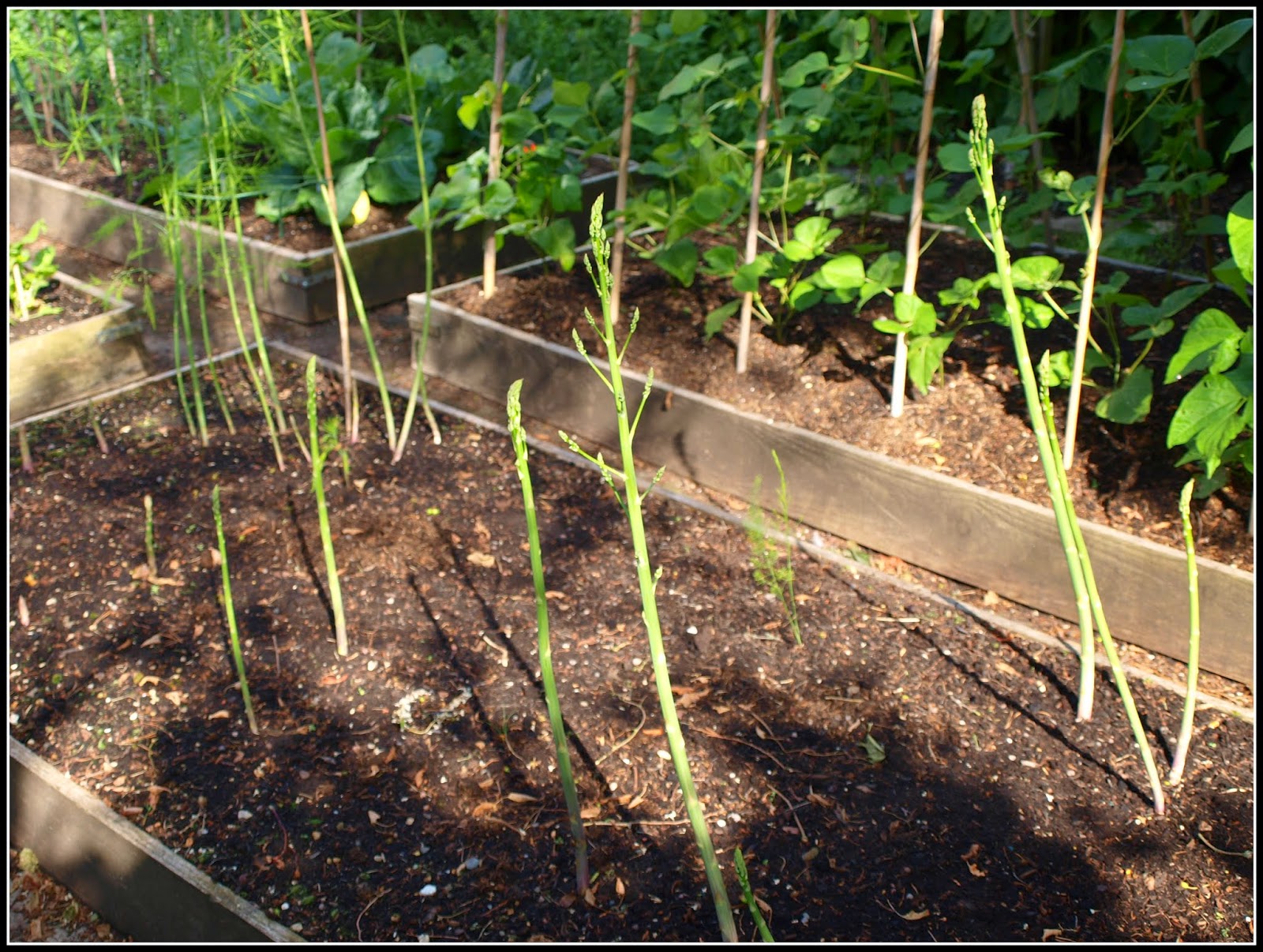 When the spears get to about two feet tall they begin to open out. 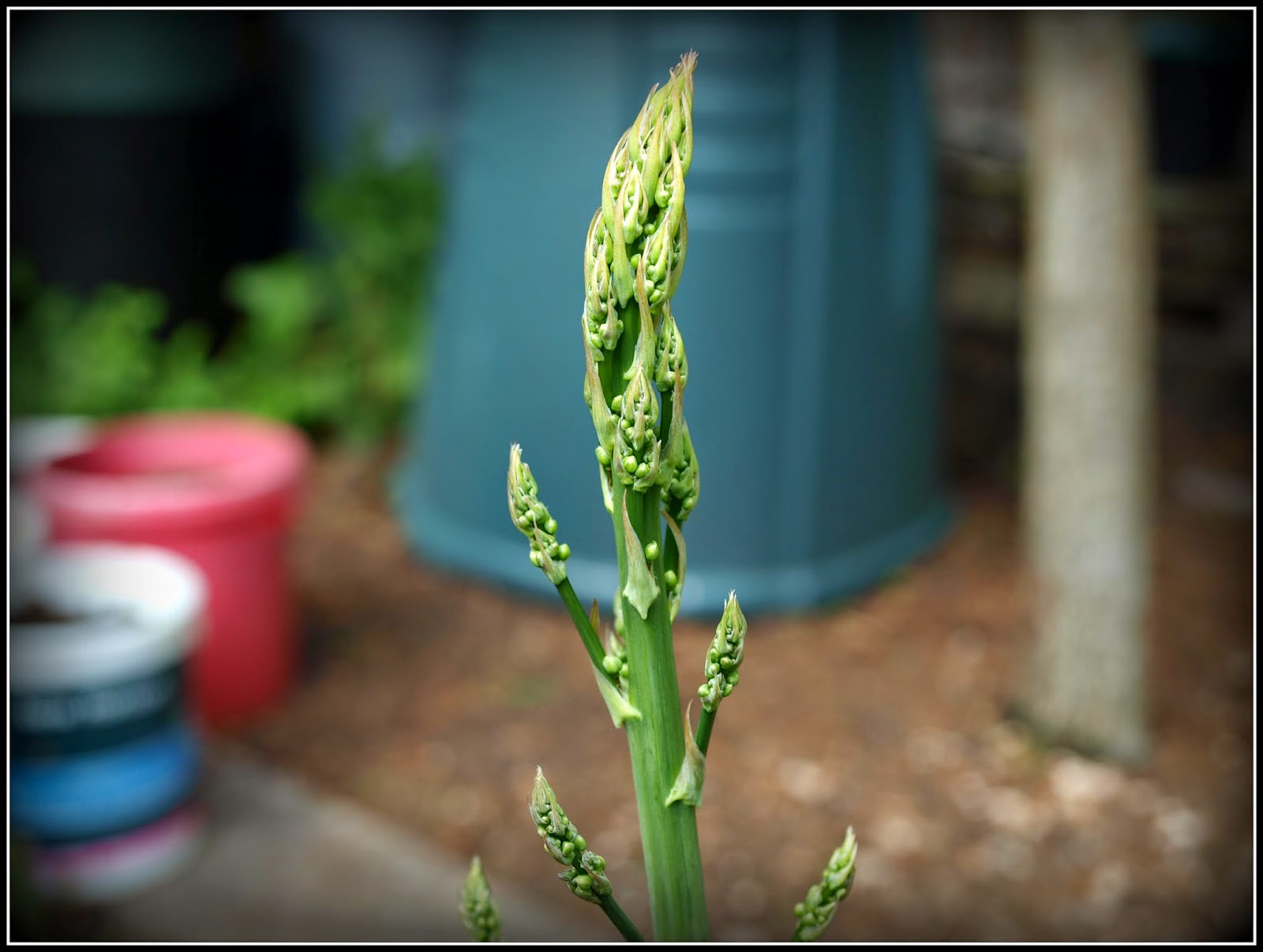 And then they become identifiably "ferns": 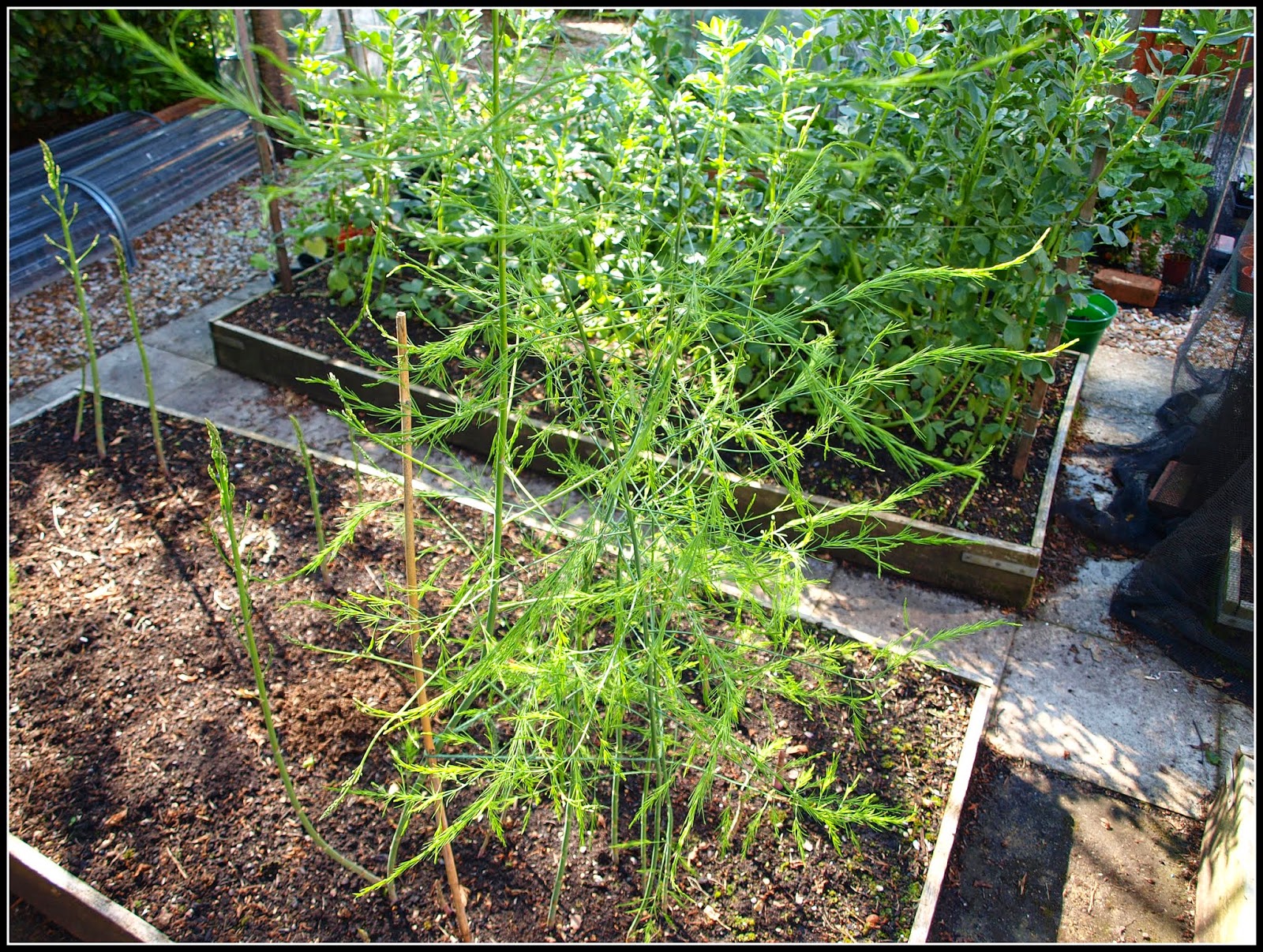 In the bed next door are the beans. A couple of the Runners have reached the tops of the canes, so I have pinched them out to promote the growth of sideshoots. The Climbing French Beans are perhaps a little less vigorous, but when it comes to deciding which will produce the first pods it will be a close race. Flowers are already forming on both.

Despite issues with compost contaminated with weedkiller, I think I'll still get at least some tomatoes:


The "Iznik F1" cucumbers have set a few fruit, even though the plants are still very small. Once they get going they grow very rapidly. 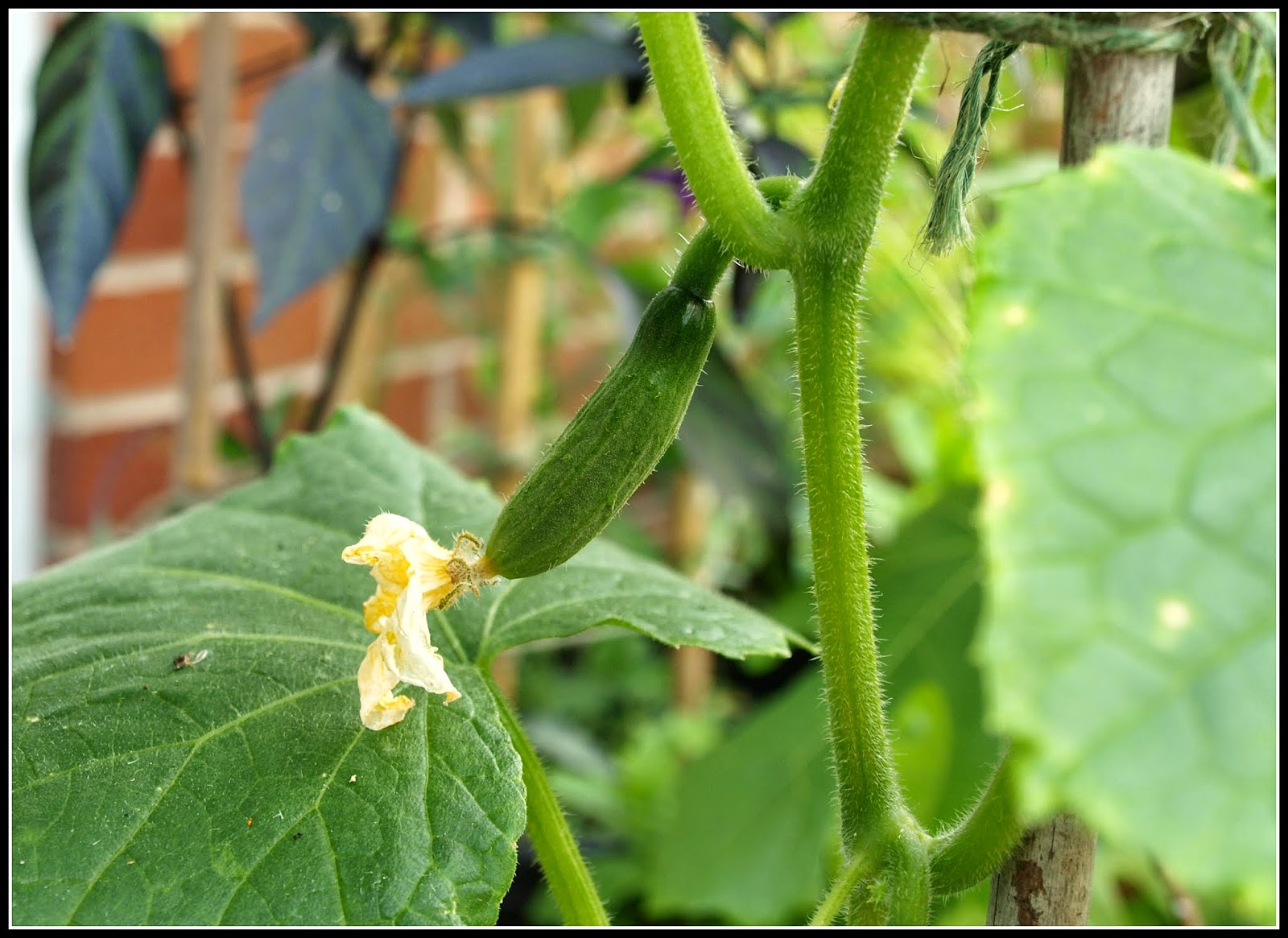 The Pineapple Mint from the "Rocket Gardens" set has evidently settled in well. I'm glad I put it in a pot, because this one would probably take over the garden if given half a chance. 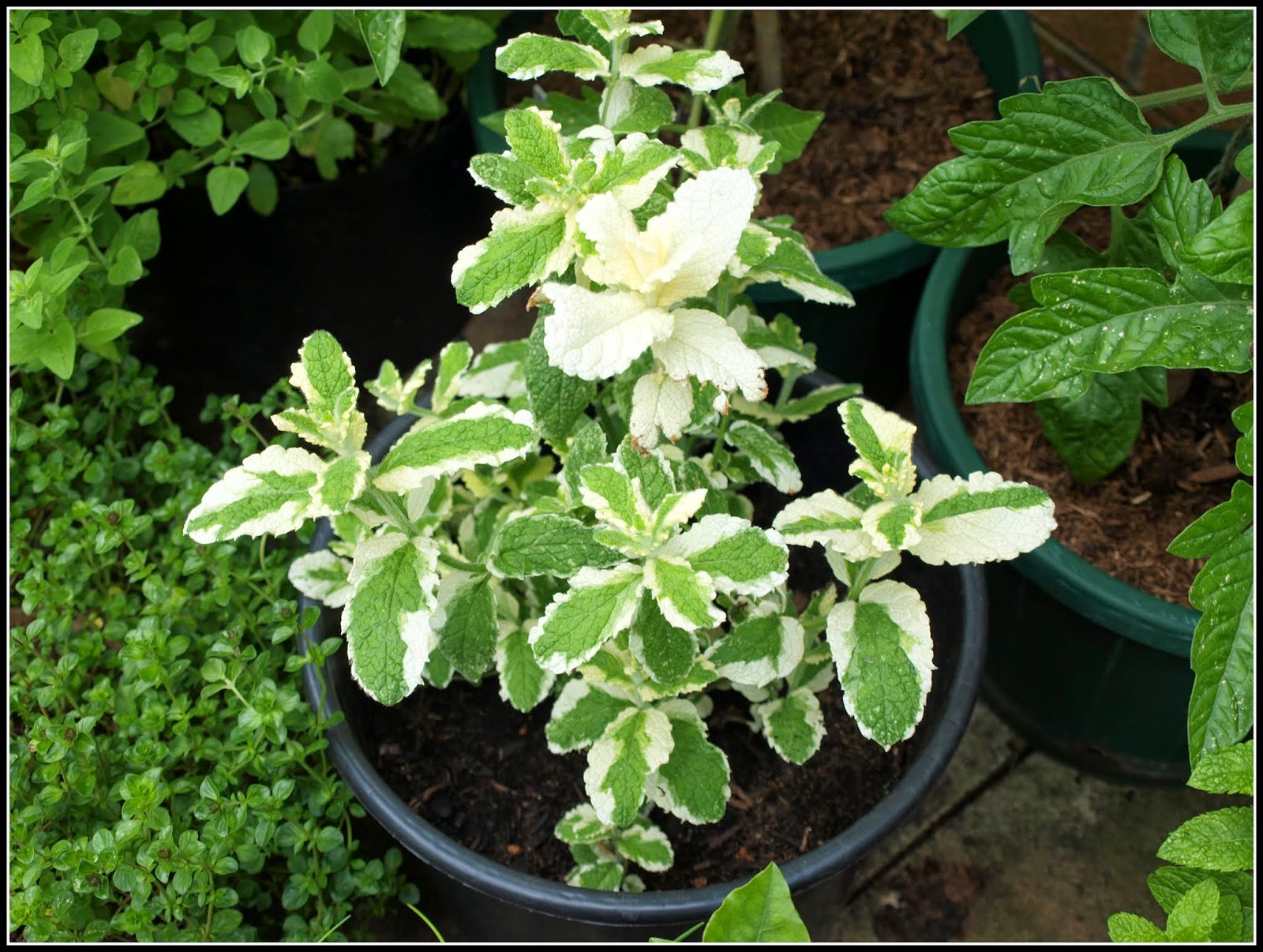 ﻿
I must say, white Mint is a real novelty for me! 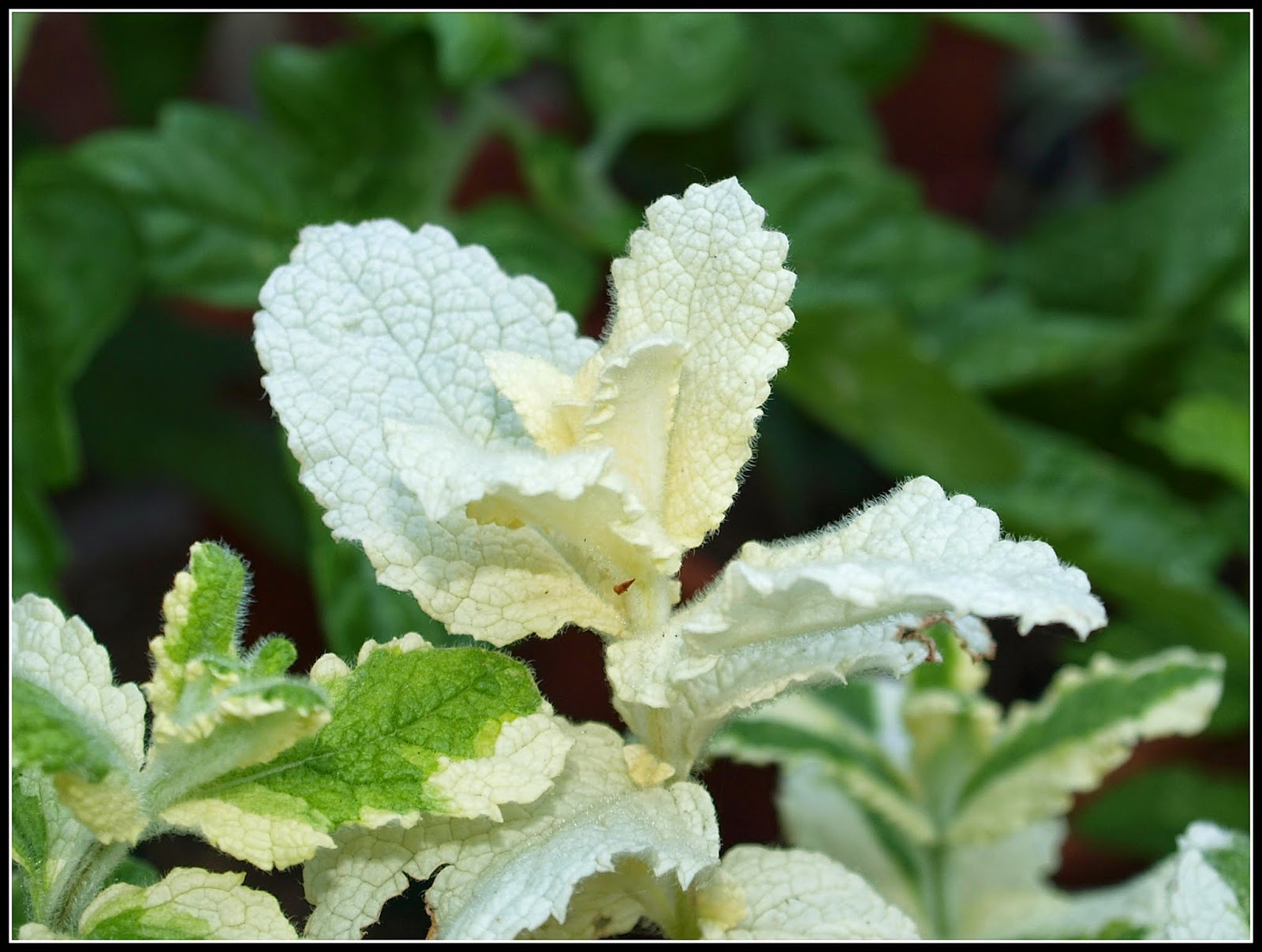 This is what my Rhubarb looks like just now: 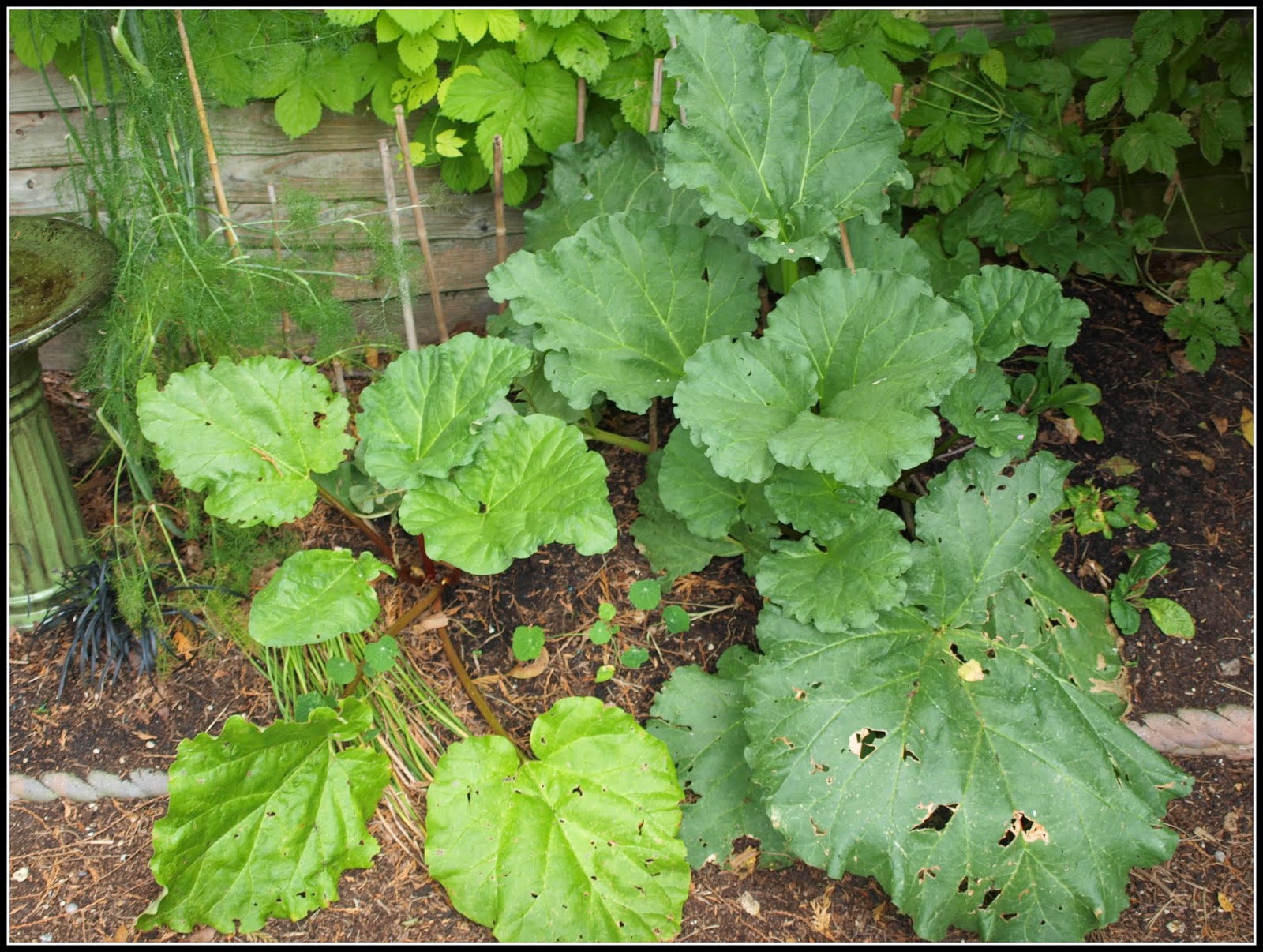 Not very impressive is it? There used to be four plants there, but I think two have them have died. I have plans for this stuff. Next year I will do better!

My Parsley is also "under par" at present. 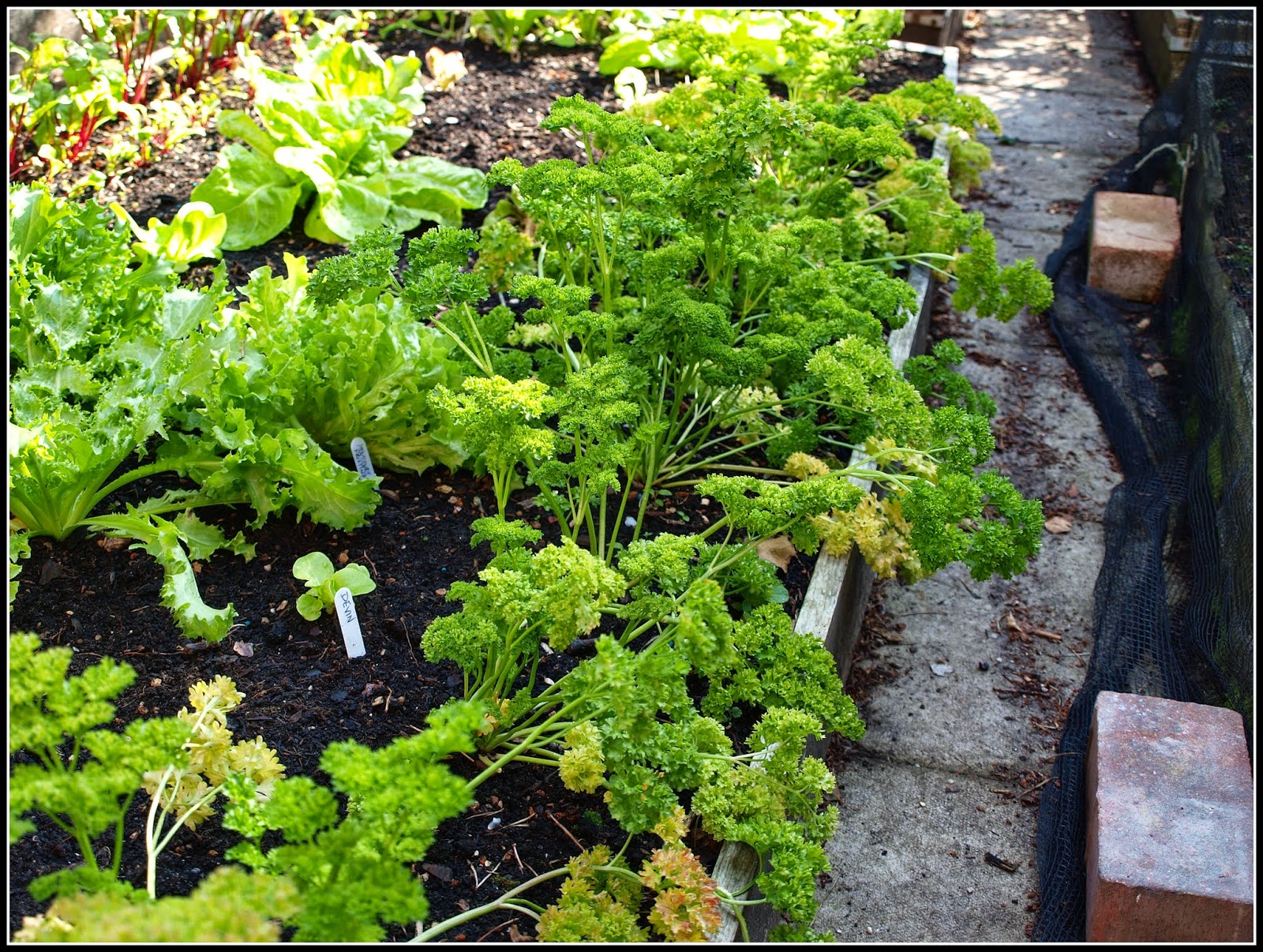 When it develops a red tinge in the leaves this is normally a sign that it is in trouble. Something has attacked its roots. I don't think it is Carrot Root Fly because I have treated this area with nematodes. I suspect ants. They nibble away at the roots and the plant collapses. And until a few days ago they were looking so good too. Grrr! 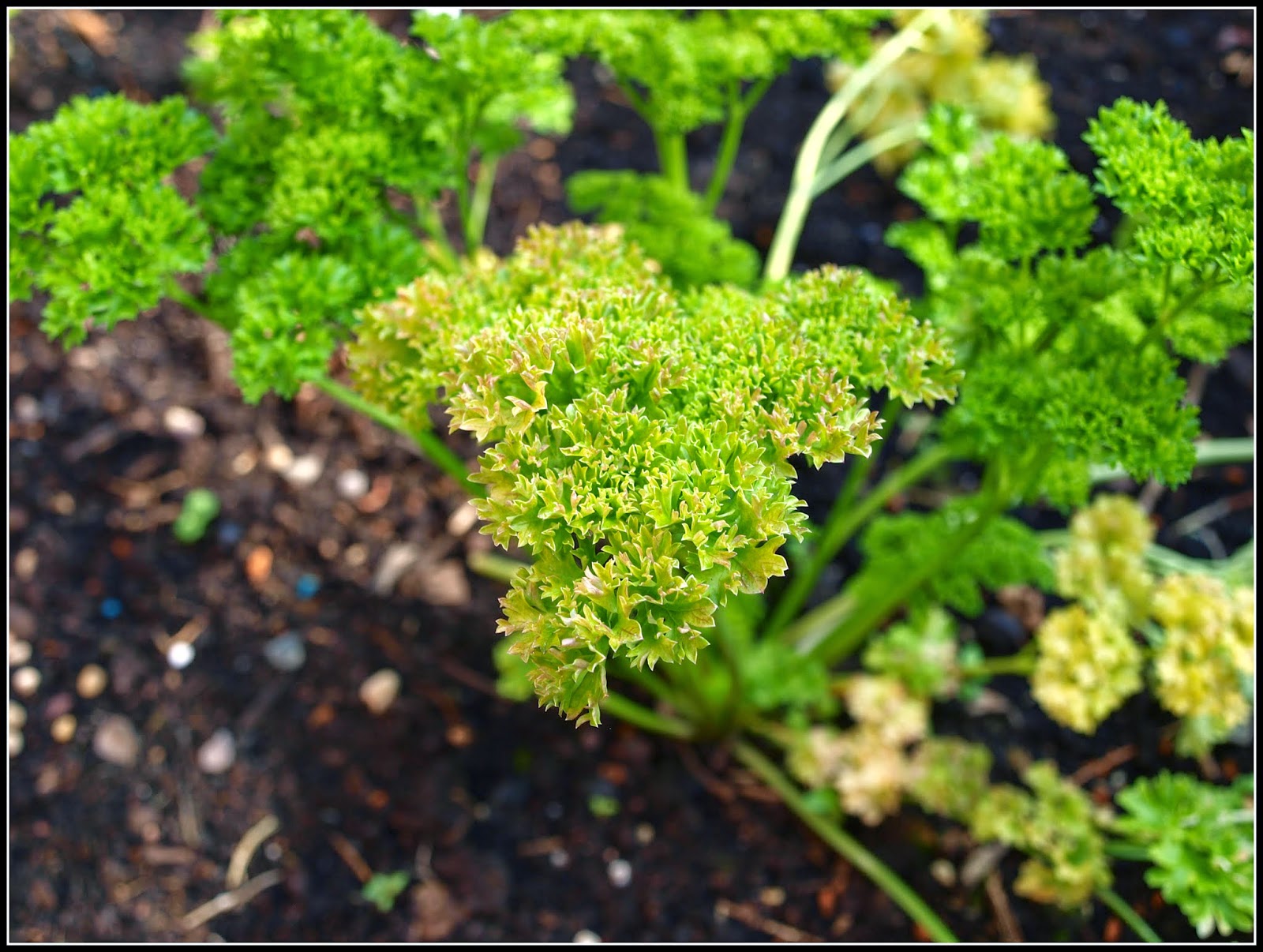 My Leeks are looking healthy enough though. 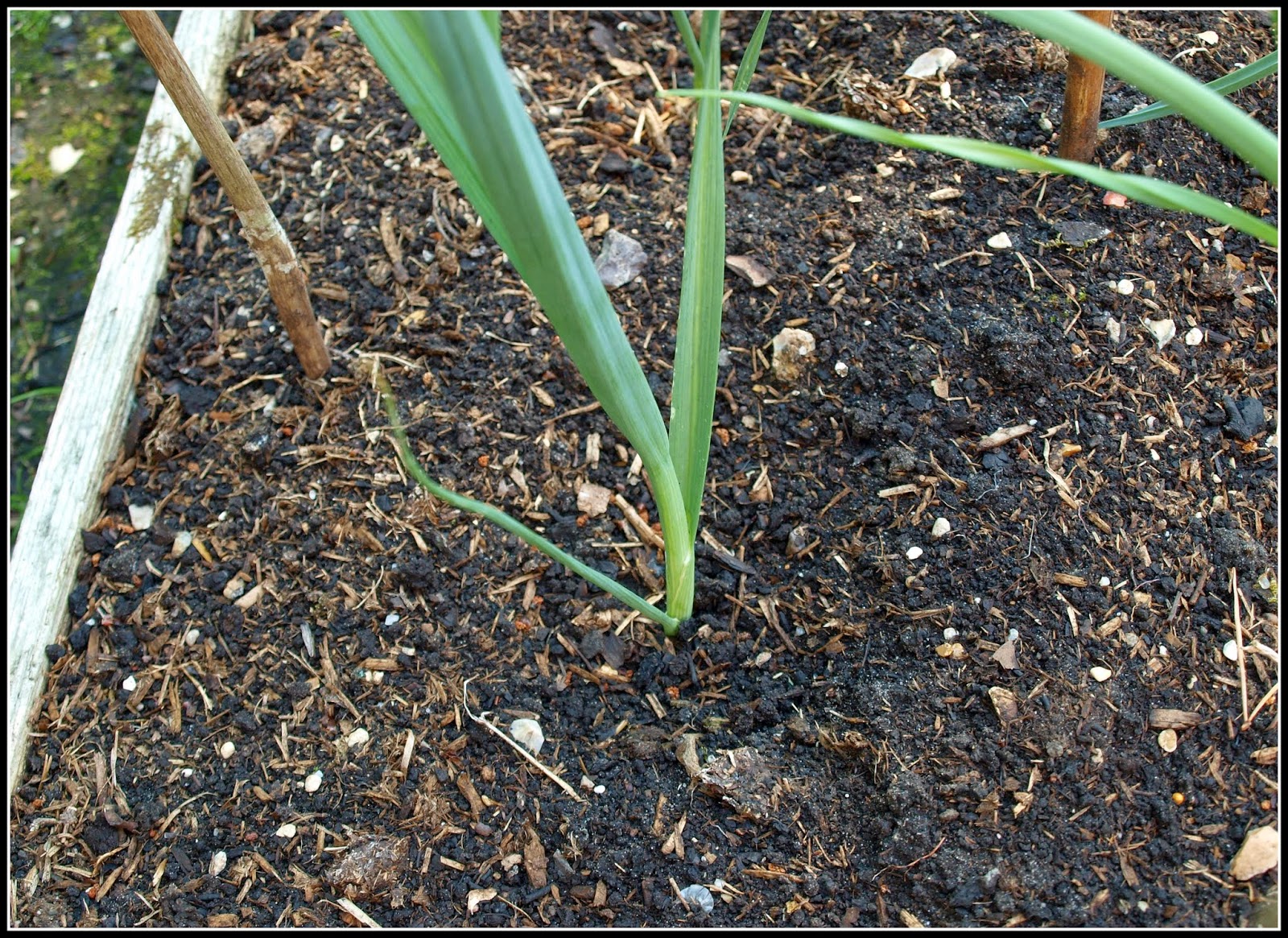 Ironically, it is the spares that are doing best! I put them in a couple of pots full of new compost, and they are loving it. 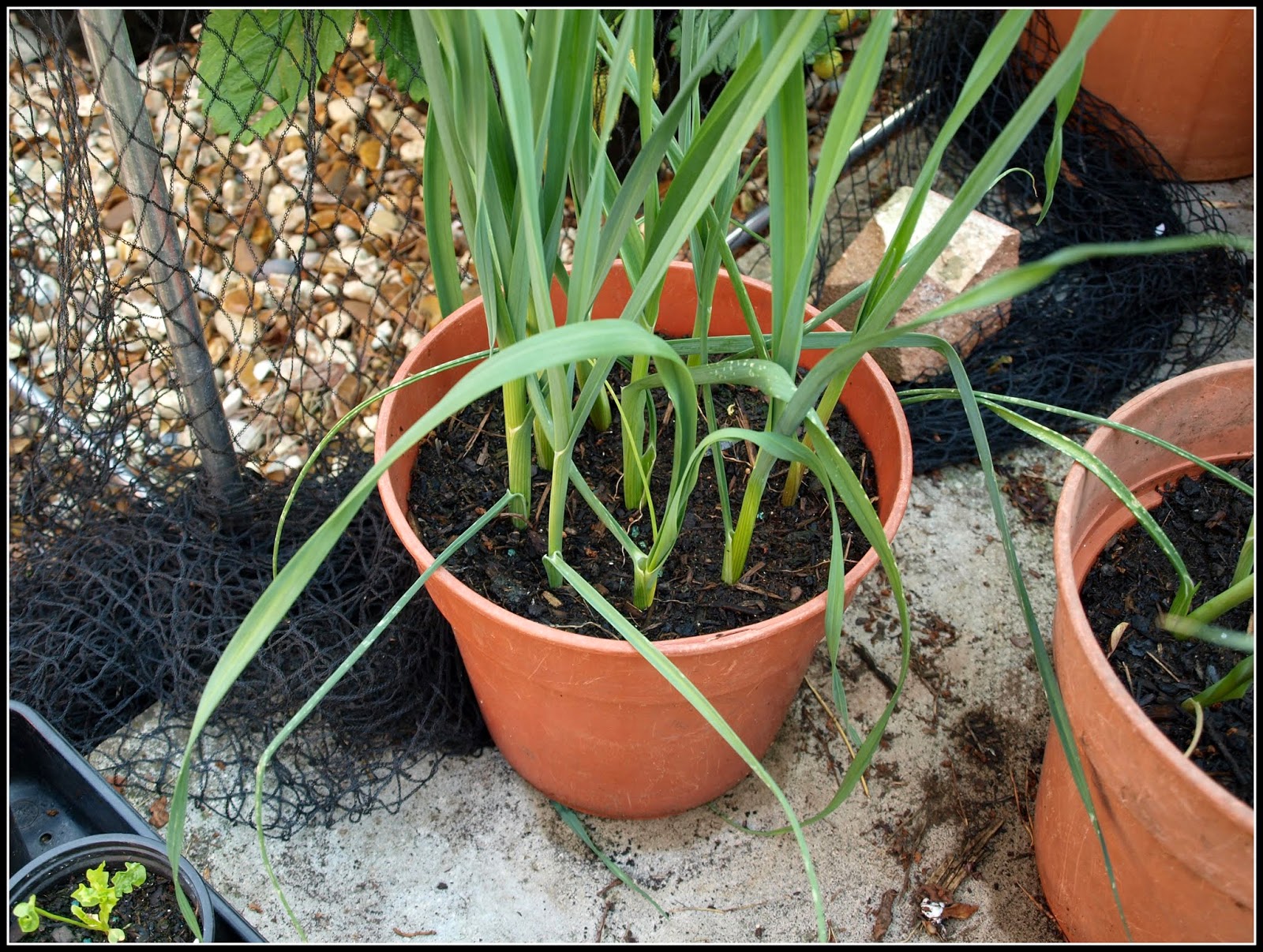 I have also (finally) managed to get some Landcress to germinate. I gave up on the old packet of seeds after two attempts, and bought a new one. This lot is from the fresh packet, but even so the germination rate is not so special. I must have put 50 seeds in that pot, and look, maybe 10 have come up. 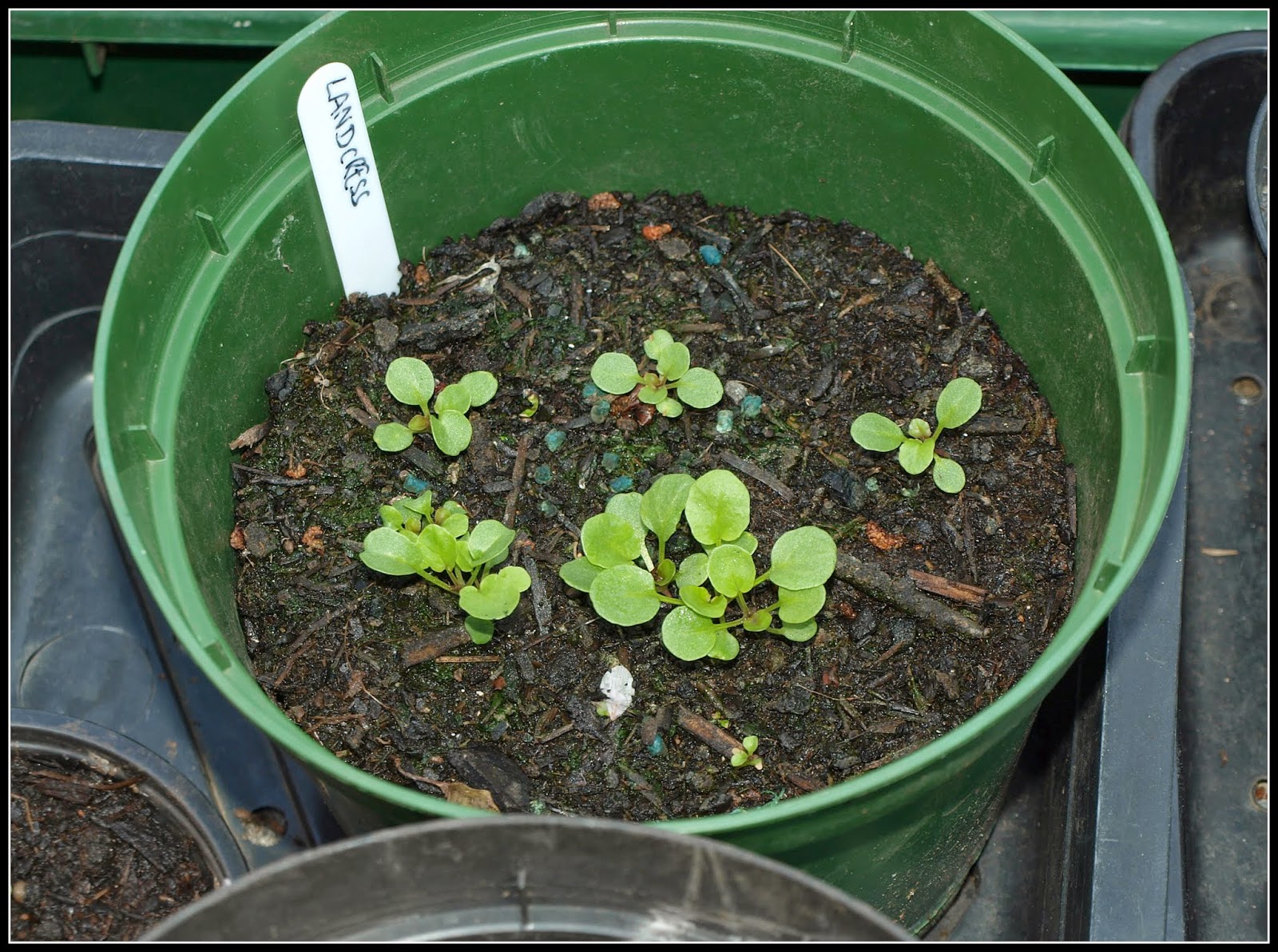 These days my garden has lots of visual treats as well as edible ones, and I would like to put in a few photos of flowers, but I think this post is long enough already. I'll just leave you with this shot of the "Bishop of Llandaff" Dahlia. 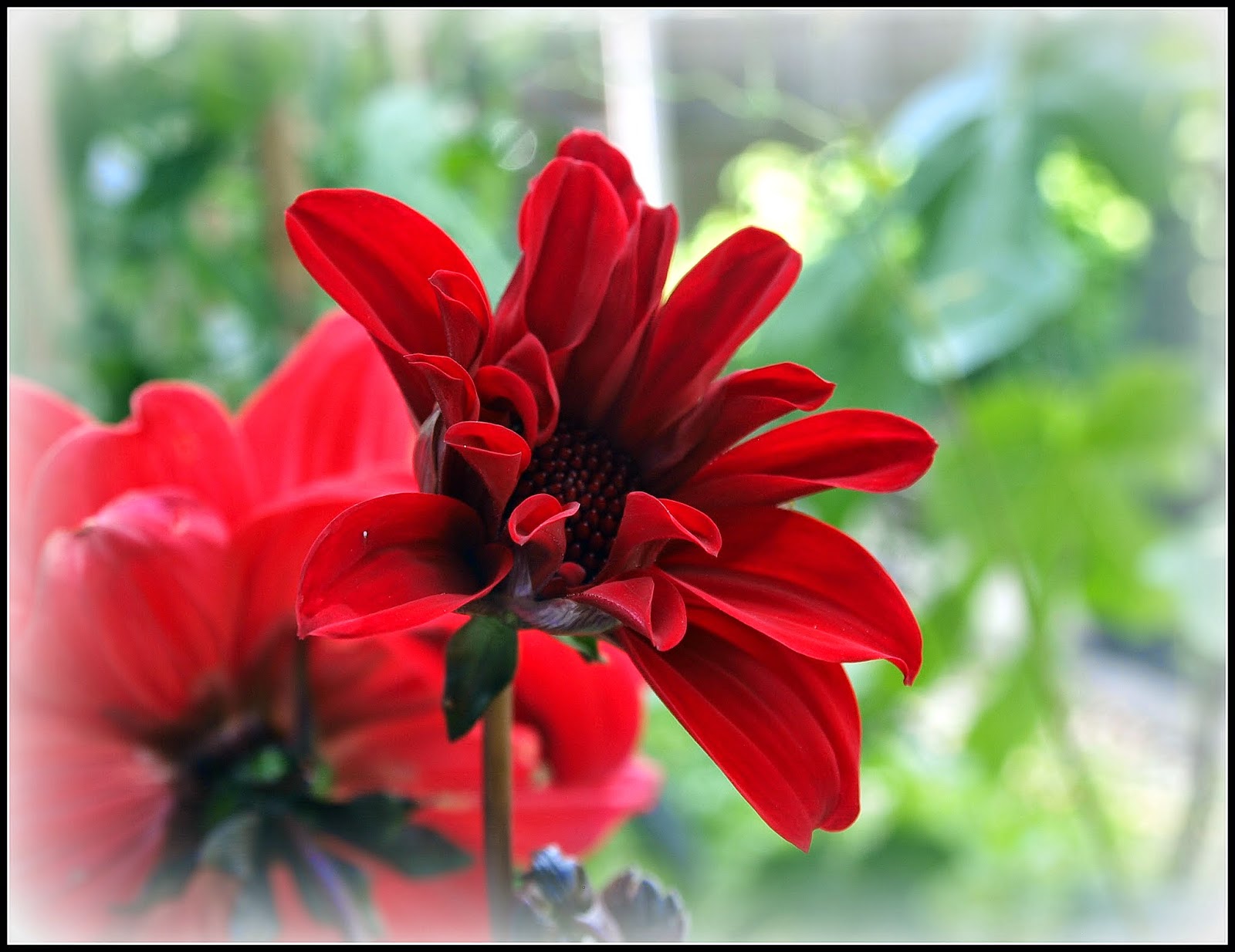