Apples and Pears - a progress report

Apologies for my low profile over the last few days, folks. Our internet connection has been down since Thursday. Who would believe that any ISP, let alone the allegedly "best in the UK" one, would leave a customer of a so-called 24 x 7 service without any connection for FIVE DAYS?? Hopefully by the time you read this, our connection will have been restored, but it's times like this that I'm really grateful for Blogger's ability to pre-schedule blogposts.

Well, first the easy bit: there will be no pears on my "Conference" tree this year. I can state that with certainty since the tree produced no flowers at all. I pruned the tree in February, at a time when it was still dormant, and I carefully left several of what I took to be fruiting spurs, like this: 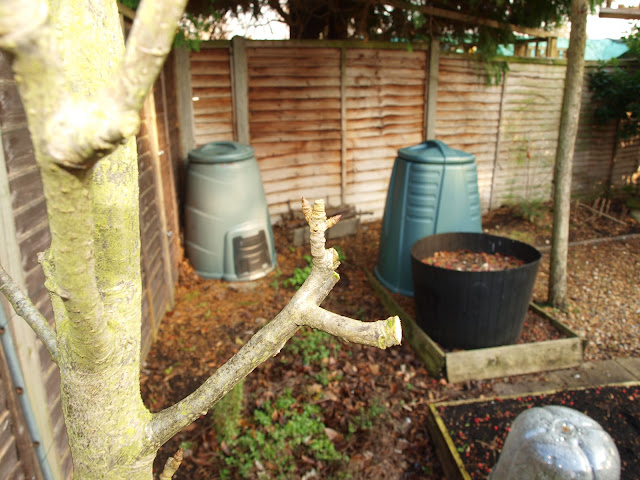 Well, I was obviously wrong, because these spurs went on to produce plenty of leaves, but no flowers.


Of course, it may be that the pruning had nothing to do with it. I have read that for various reasons (such as insufficient water) fruit trees can develop a biennial habit - in other words they fruit only in alternate years. This year they will certainly not be able to complain about lack of water unless the weather changes very dramatically!

Things are slightly better on the Apple front. Last year the tree ("Scrumptious") was looking pretty much past it and I very nearly dug it up. However I have gone to great lengths over the Winter and Spring to feed it (with Vitax Q4) and water it in the hope that it will respond by producing at least a few fruit. Just recently a lot of the immature fruitlets have dropped off, but I think this is the natural process called the June Drop, whereby a tree sheds any fruit that it feels unable to support. 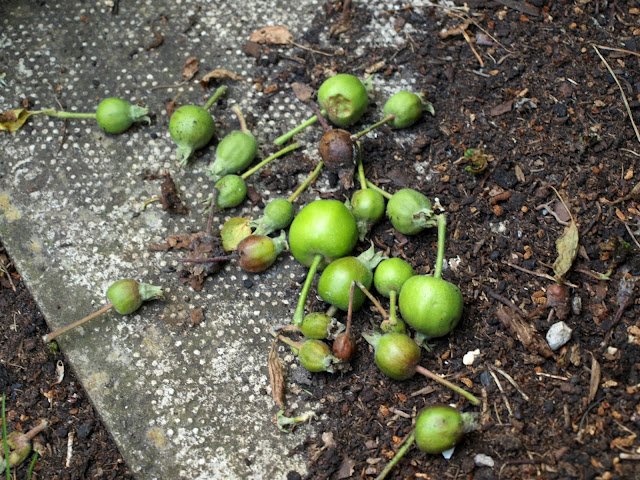 I'm left with perhaps 20 or 25 fruit at this stage. They are mostly in pairs, like this: 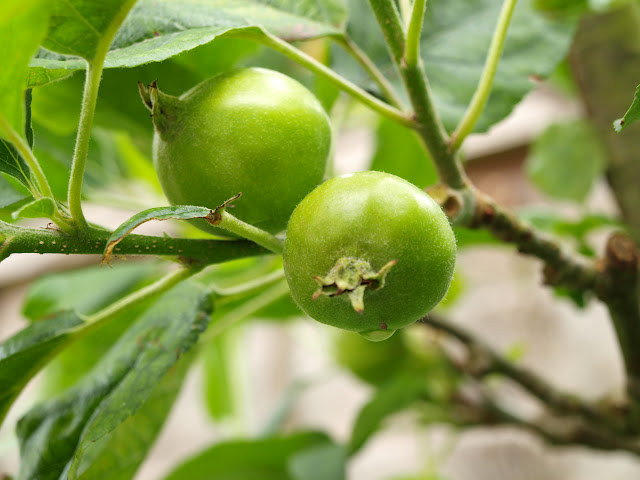 But there are also a couple of little clusters like this. 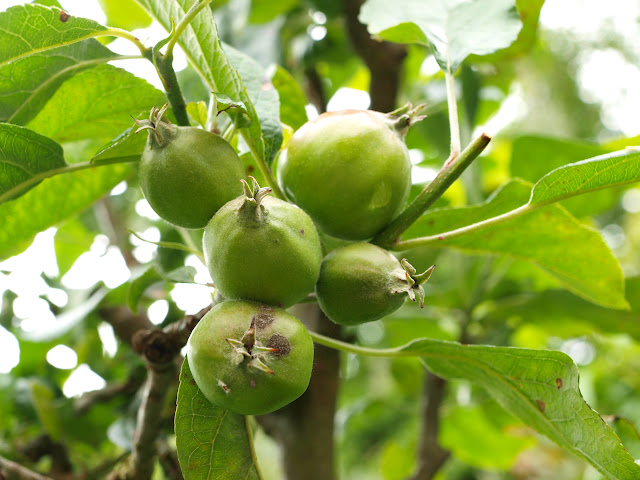 In order to give the others the maximum chance of success, I intend to remove at least 2, possibly 3, of these fruitlets. The smallest one, and the scabby one at the bottom of the bunch.

I have done my best to keep the pests under control too, but this tree seems to be an aphid-magnet par excellence, and there are only so many times I can spray it if I don't want to poison myself with harmful chemicals.

Last year my Apple tree suffered badly from Bitter Pit, an ailment associated with an inability to absorb calcium from the soil due to excessive dryness, so again I will be trying hard to avoid it this time round, by extra-conscientious watering.

These two fruits don't look bad at present, so who knows, I might be eating home-grown apples again after all. 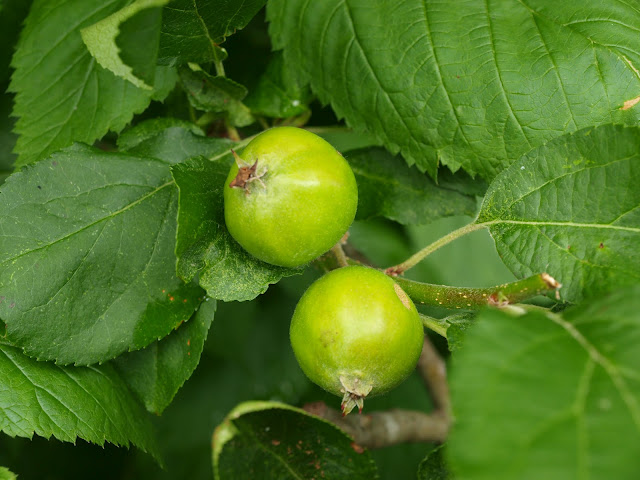 If I can get the Apple tree back into reasonable condition, I might be tempted to try an Apricot, but I'm seriously considering growing whatever I get in a big pot rather than in the soil, because I think I would be able to control its water consumption better that way.
Posted by Mark Willis at 17:30