Broad Beans are in the shops now - hooray! Mine are coming along, but nowhere near ready yet. I think they have grown slowly because of the really strange weather.

The greater than usual levels of rainfall have produced very soft plants, which have needed a lot of support. In this first picture you can see one of the measures I have taken to counteract this: I have stretched some lengths of string along the rows, at two different heights. The photo also shows how several of the bigger plants have produced two or three additional side-shoots, which they normally would not be able to support. 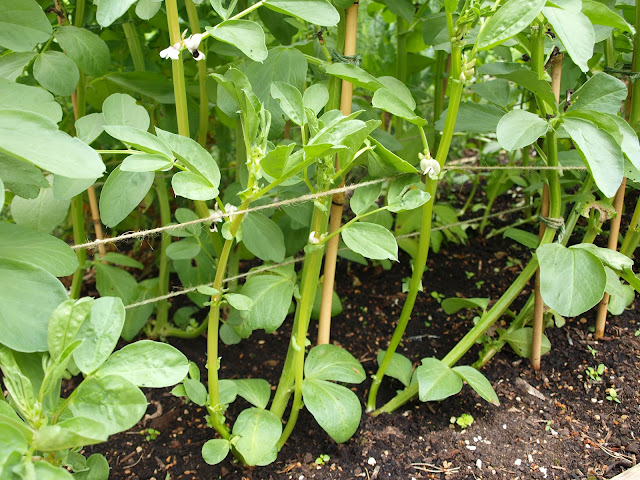 A couple of weeks ago, fortunately just before we had the exceptionally wild and windy spell, I added some bamboo canes to increase the support, loosely tying one or two plants to each cane. 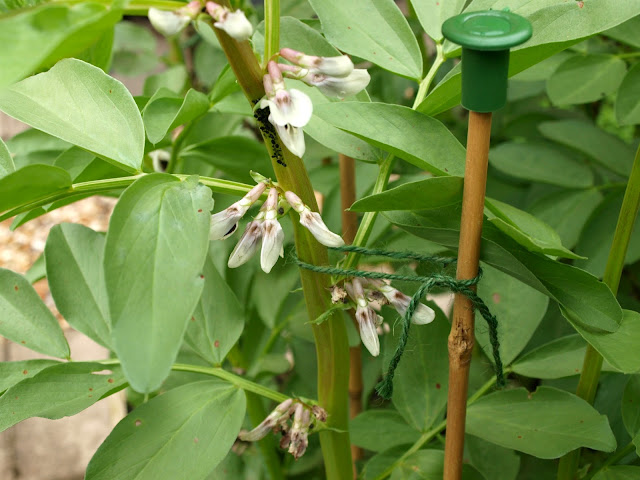 That photo shows just how many flowers there were / are on each plant. I often find that many of the flowers fall off without ever being pollinated and that the number of pods formed is quite small. This year, it looks as I am going to have a better success rate. In this next shot there are about 10 pods forming just on the one plant. 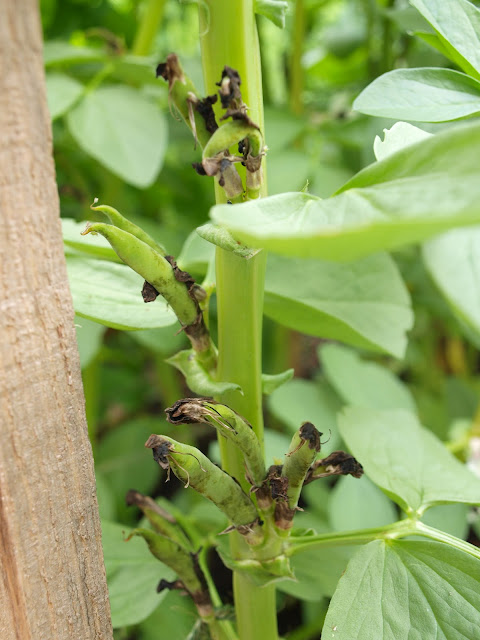 The pods are often formed in clusters of two or three, like this: 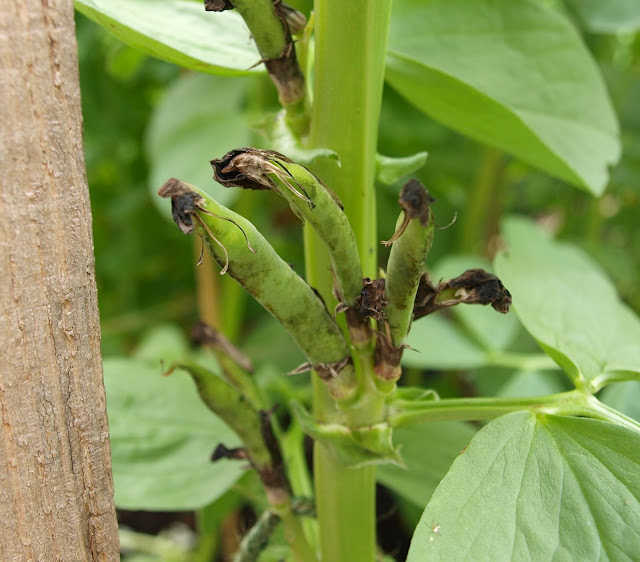 So, all being well, I'm in for a treat in a couple of weeks... That is unless the plants succumb to the two major Broad Bean problems - Blackfly and Rust. The Blackfly tend to congregate near the growing tips of the plants, where they suck the sap, causing stunting and deformation. You may wish to pinch-out and discard the tips altogether once the plants have reached a decent height. [The plant-tips are edible, but wash them very carefully before you eat them!]


Rust is a disease which very often afflicts Broad Beans, but it doesn't seem to be too serious - almost never fatal.

I don't claim to be an organic gardener, so I have sprayed my plants with proprietary bug-killer to get rid of (reduce?) the Blackfly, but I generally don't bother to do much about the Rust, apart from removing the worst-affected leaves.

Hopefully in a couple of weeks I will be able to show you my Broad Bean harvest, and some of the ways in which I like to cook the beans.
Posted by Mark Willis at 11:30