Philadelphus - not dead after all

A few weeks ago I thought my Philadelphus tree was a goner. The (numerous) local pigeon population suddenly decided that Philadelphus leaves are the greatest delicacy on earth, and they stripped the tree bare of all its fresh young leaves. Perverse creatures, these pigeons, because they have ignored all the brassica plants in my garden, which pigeons usually can't resist.

Well, anyway, much to my relief (not to mention surprise) the poor tree has still managed to produce some flowers. Not as many as normal, but at least some, so they are best looked at in close-up rather than from a distance. 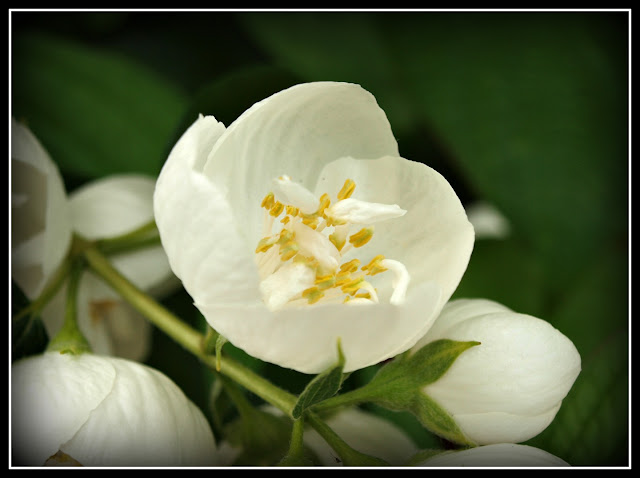 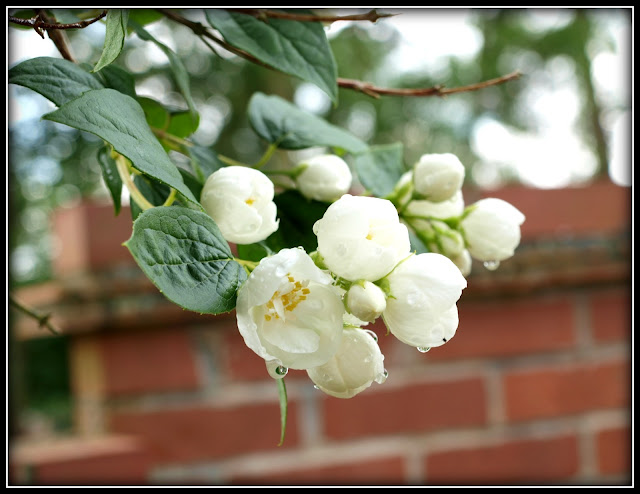 Notice the raindrops adorning them...

My tree seems to be a bit of an unusual one, in that its flowers are semi-double ones. When they are just opening they look single 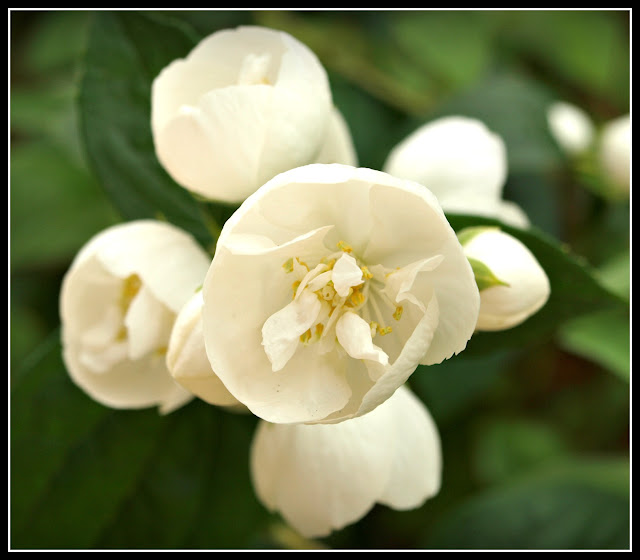 But when they are fully open they look double 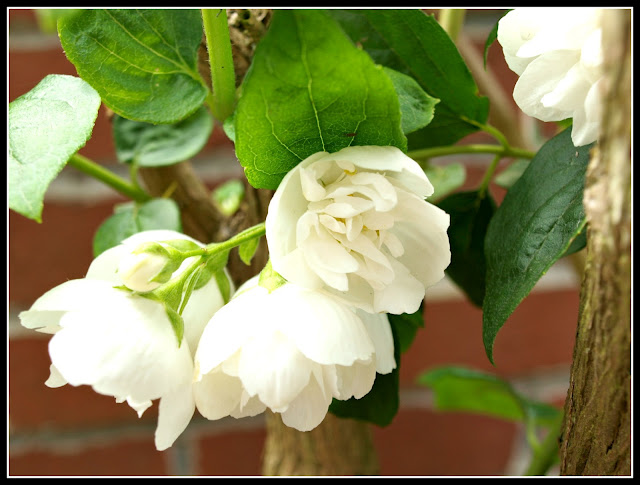 I suppose I do also have to show you what the tree looks like from a distance, since I have committed to displaying both successes and failures in my garden... It's a bit sparse, isn't it? 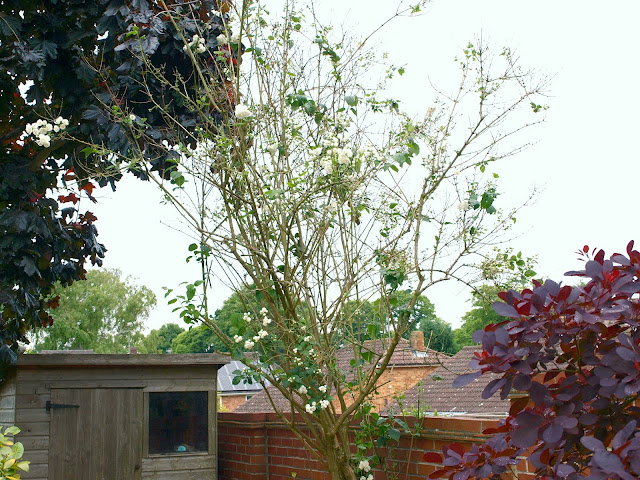 This is what it looked like last year at the same time - and I thought then that it had done so badly that I would probably cut it down! 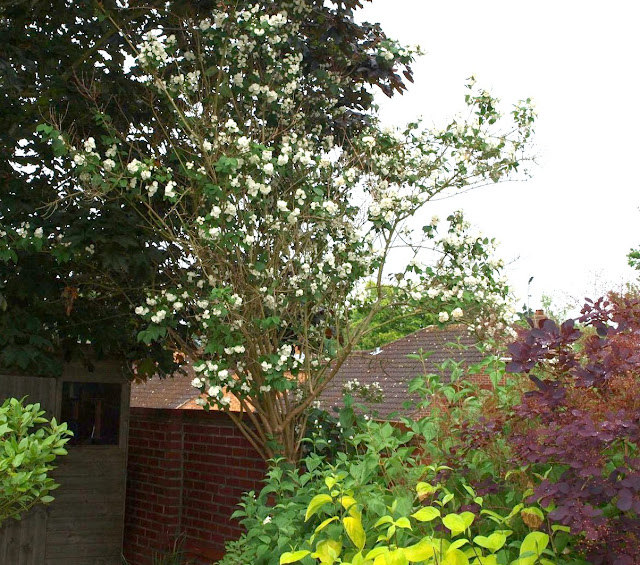 Well, I think this time I really will have to do something drastic. I plan to prune the tree VERY severely once the flowers have faded, in the hope of persuading it to produce a mass of new branches in time for next year. Most of the flowers appear on the soft new growth at the tips of the branches and not on the old wood anyway, so I think this must be the right thing to do.

Obviously I can't demonstrate how nice these blossoms smell, but let me just remind you that the Philadelphus is also know as the Mock Orange, because its scent is similar to that of Orange blossom - and very nice it is too!
Posted by Mark Willis at 17:30