This is the first part of a comprehensive Mid-June progress report...

Having had plenty of rain just recently, my garden is looking quite lush. If only we could have more sunshine it would really take off. Over the next couple of days I want to show you how some of the veggies are doing. The Sweetcorn in the Three Sisters bed has tiny ears now. (Doesn't that sound wierd?) 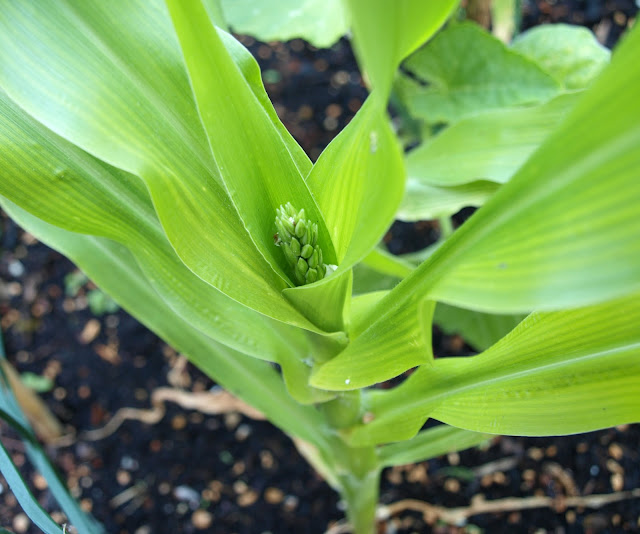 My Carrots are growing in black plastic crates. I had intended one of the two batches to be ready a fair while before the other, but the second sowing seems to have caught up the first. 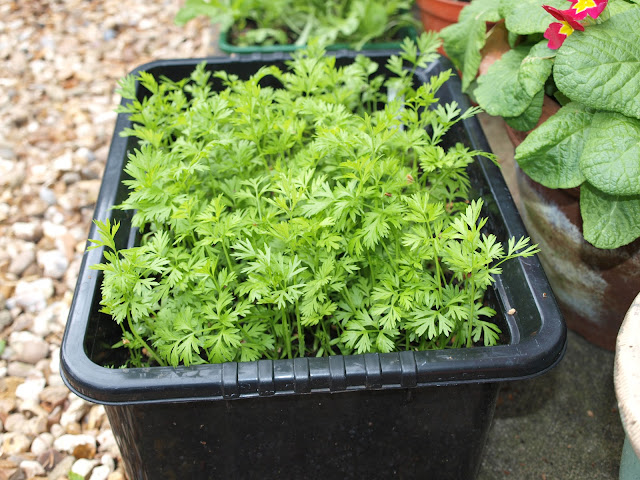 They are deliberately sown very thickly, because I want to harvest them as little "fingers", for eating raw in salads, not as mature carrots for cooking. 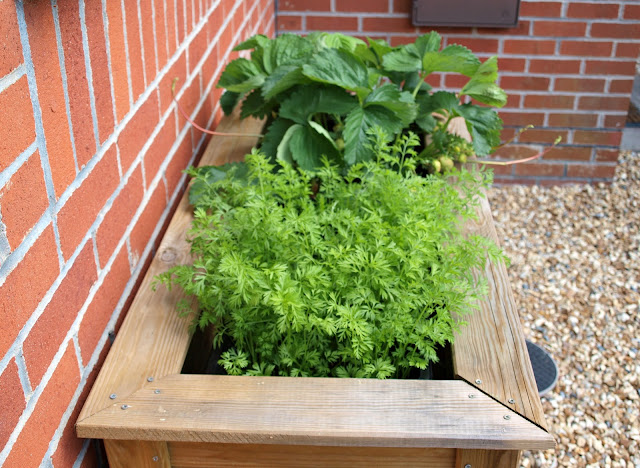 I have a tray of Rocket that is cropping at present. Lovely strong, peppery stuff, great for boosting-up a leafy salad. 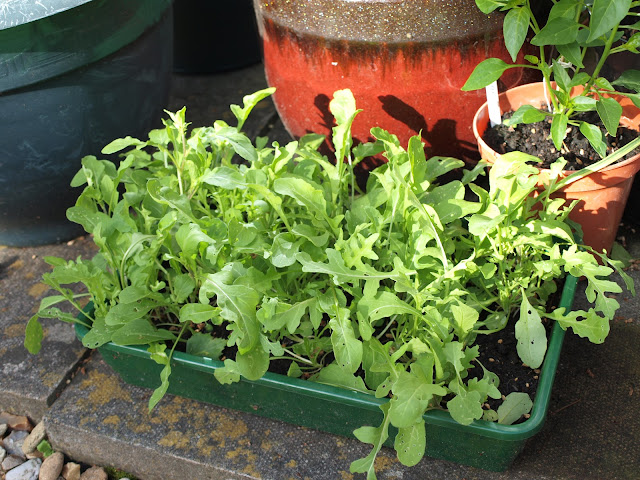 Unfortunately it does have a few holes in it - probably the result of flea-beetle nibbles. 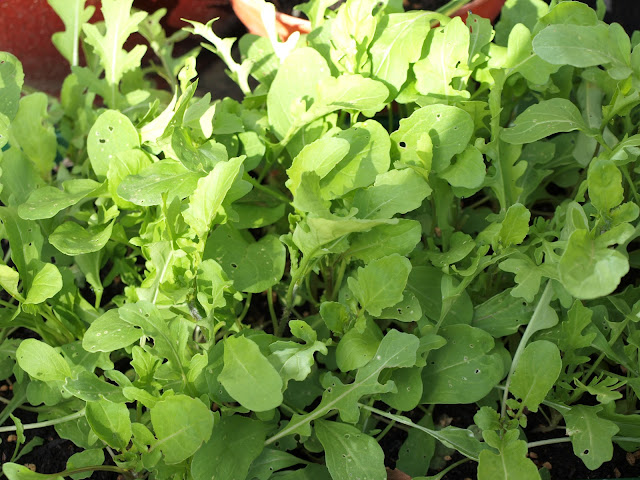 ﻿
Here are the Parsnips and Beetroot. The ones nearest the camera were sown about a month after the ones at the far end of the bed, underneath those cloches you see parked at the back. The small ones are still protected by some chicken-wire. This is to deter digging by cats and foxes. I think the plants are probably nearly big enough to fend for themselves, so the wire will come off in the next few days. 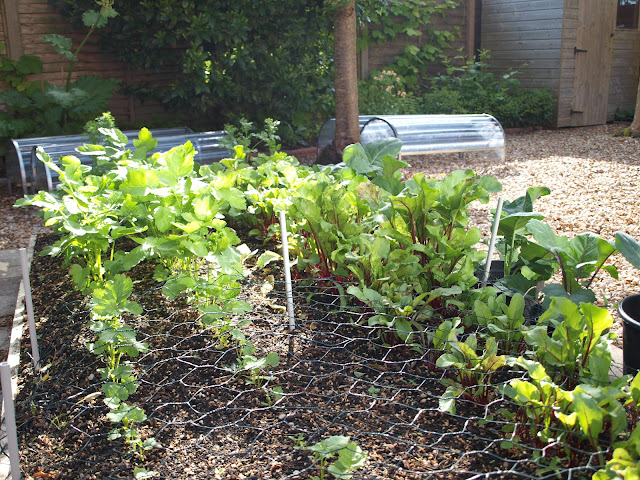 The first sowing of Beetroot is approaching the stage at which I could reasonably pick one or two small roots. 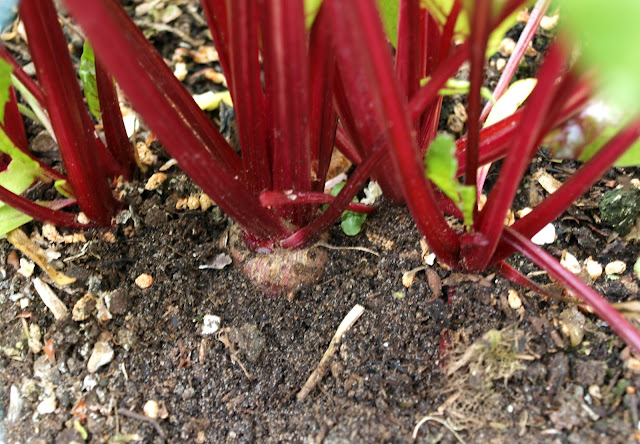 In view of the wild weather we have had over the last few days I'm very glad I boosted-up the supports for the Broad Beans last weekend. I added another line of string, but I also loosely tied the plants to a series of bamboo canes. This has kept them upright, and I think that without it they would have been flattened. 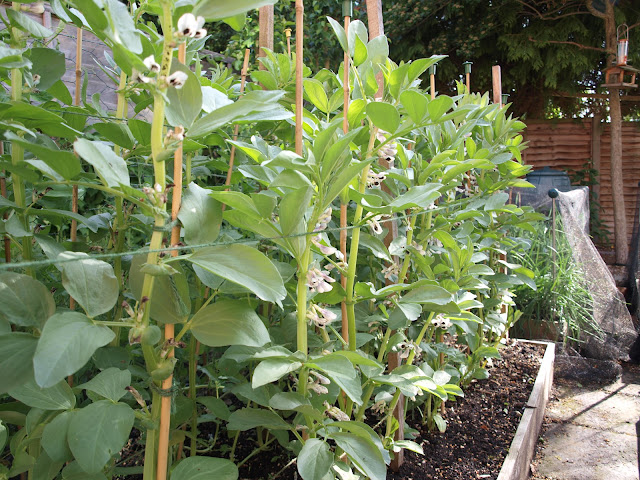 The flowers are now beginning to fade and die off, leaving the tiny embryonic pods. This year the plants have had a huge number of flowers, so I just hope they all set, and that their pollen has not been washed away by the torrential rain! 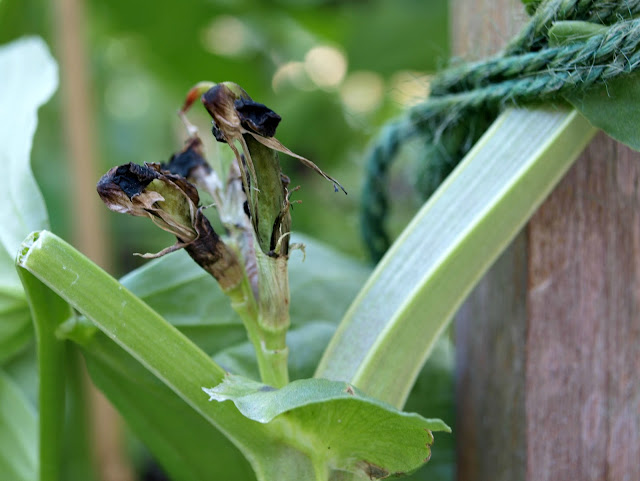 Finally for today, here is my next batch of Radishes, sown "broadcast" in one of the Majestic Wine wooden boxes. 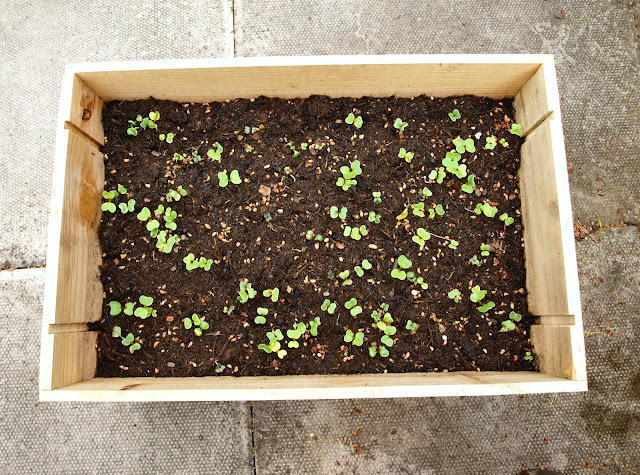 They are very tiny at present, but of course at this time of year Radishes can grow from germination to maturity in about four weeks. 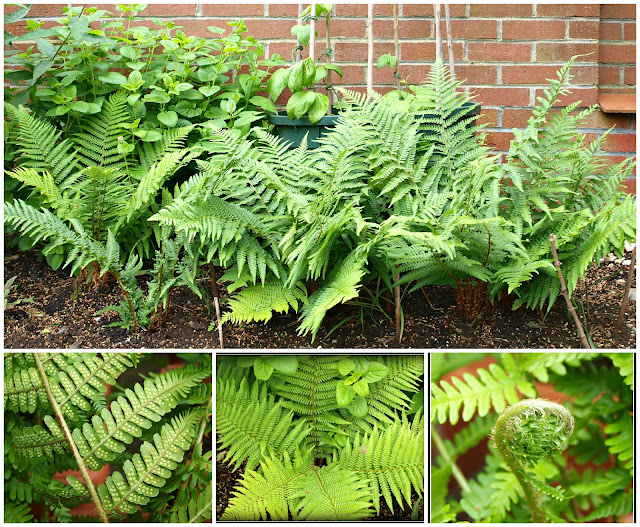