First up, the Aubergines. I am not particularly fond of eating Aubergines, but I like the idea of them, and they do look nice, so I have decided to try growing a couple. Maybe I will enjoy them better if I grow them myself. I have chosen the variety "Pintung Long" which produces long slender fruits, along the lines of the Asian brinjal, of which I have some good memories from my time in the Far East.

A couple of days ago I potted up my best two plants (from a choice of four - I always have a few spares just in case - into large (15-inch diameter) containers filled with compost and some added pelleted chicken manure: 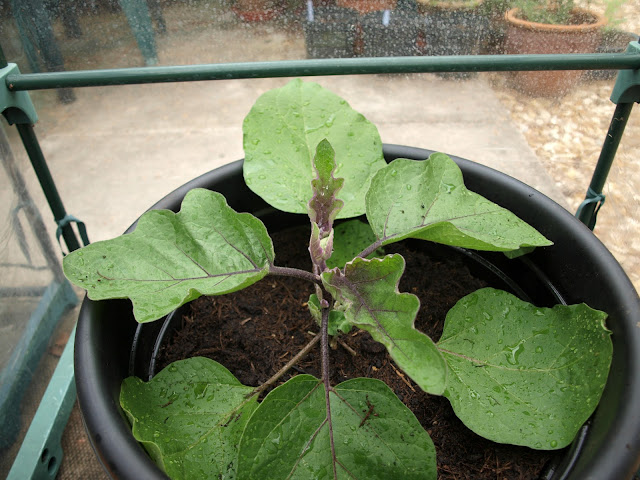 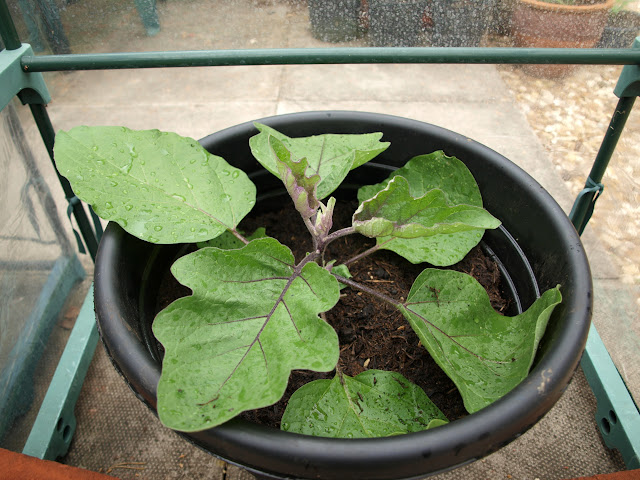 Because the weather is still not very warm, I have put the Aubergines into two of my little plastic mini-greenhouses, which have been even more valuable than ever this year. 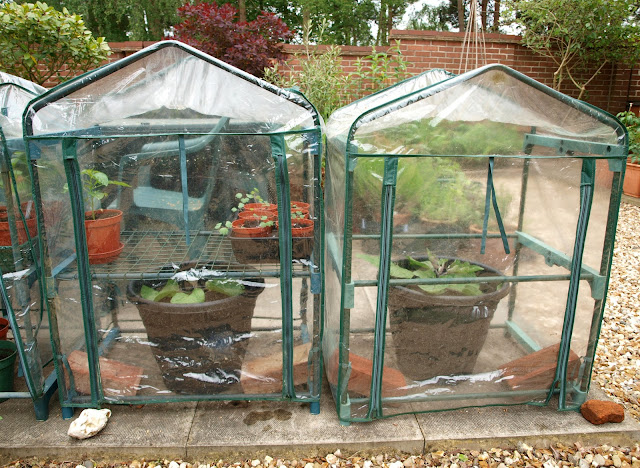 They have a long way to go before they produce any fruit. Indeed, unless the weather bucks up a lot, I'd be surprised if they ever produced any!

Also out there on the patio in a big tub is my solitary "Iznik" cocktail cucumber plant, looking distinctly sorry for itself in the cold rain. 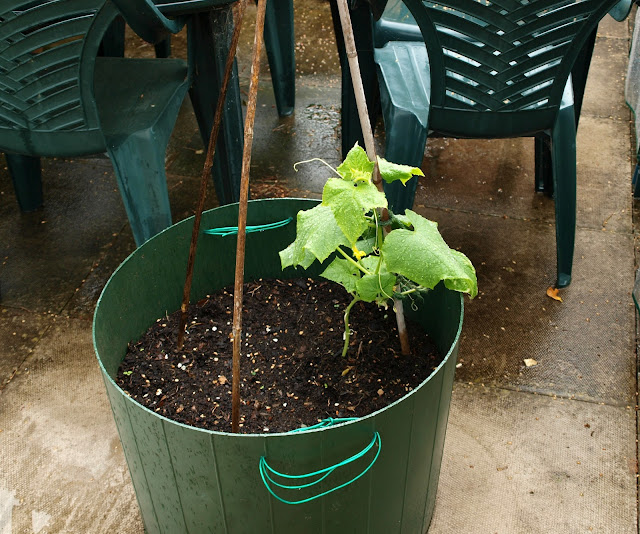 Actually I do have a second one waiting to join it, but it was sown much later and is still too small to be planted out. Some little fruits are just beginning to form on the first one. 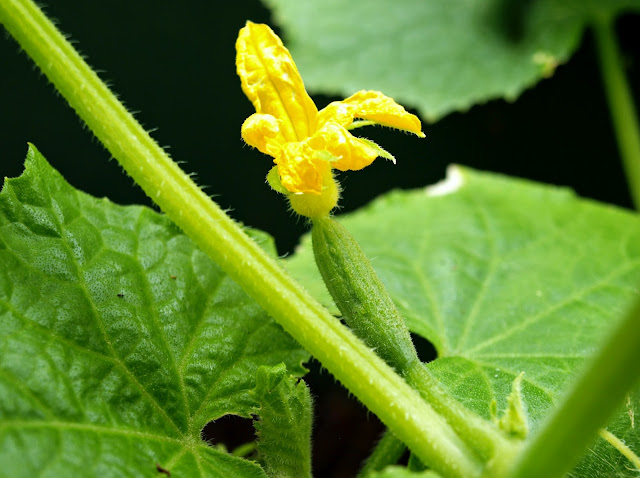 This one will probably be the first fruit ready to harvest. 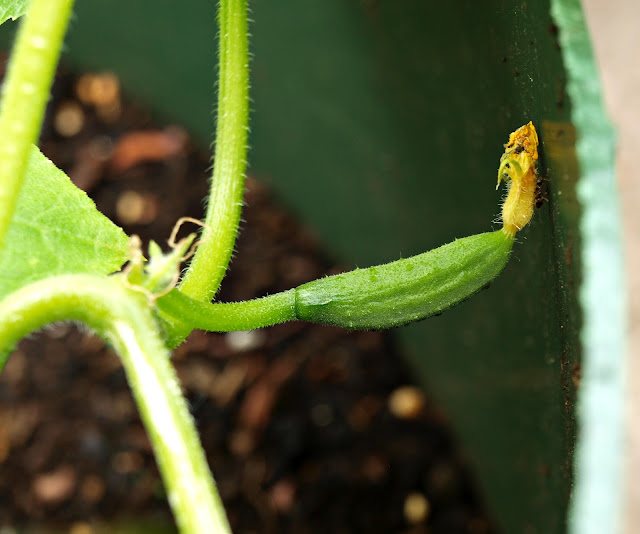 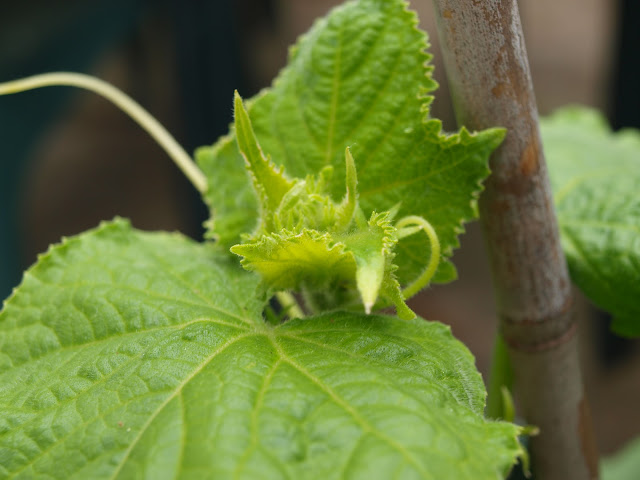 Finally, the Runner Beans. If you've been following my blog you may remember that I planted 14 Runners, each one with its own 8-foot cane to support it. 13 of the plants are looking really good and climbing rapidly up their canes, but one of them is "blind" - in other words it lacks a main growing point. Compare these photos:

This is a normal plant. You can see the slender main growing shoot thrusting its way upwards, just starting to twine around its cane. 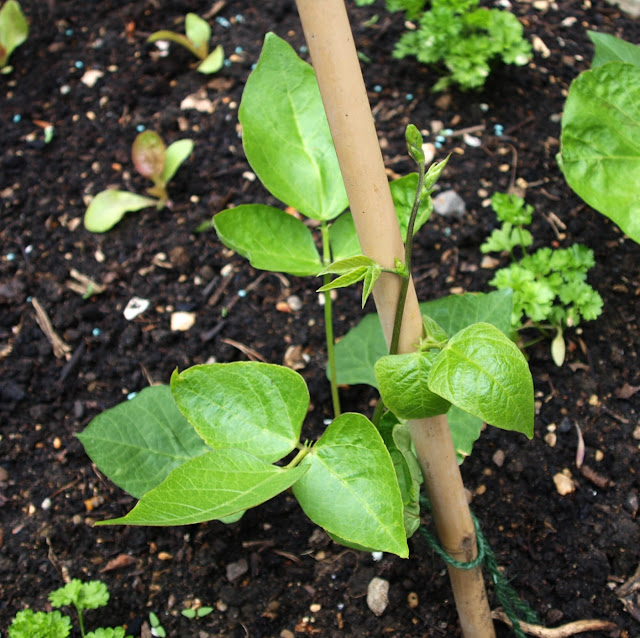 But then look at this one: 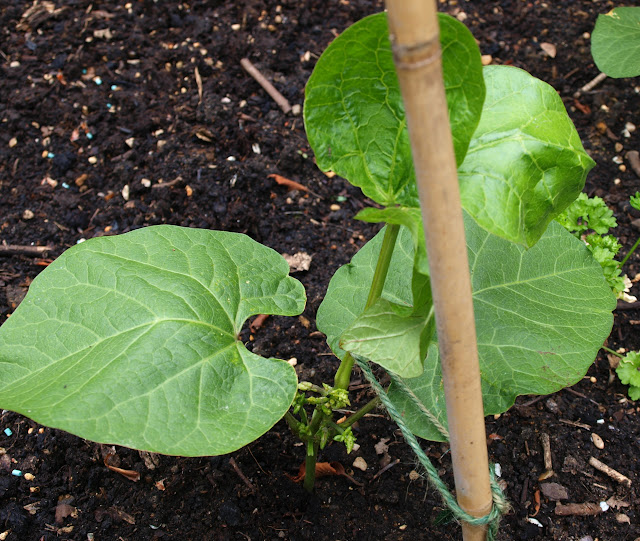 It doesn't have a main growing point at all. The stem ends in a leaf set (Apart from the two lowest ones, Runner Bean leaves are produced in sets of 3). 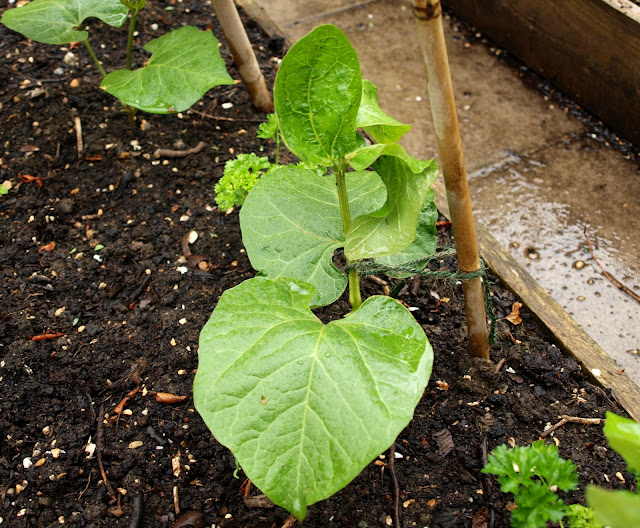 However, this is not a big problem because side-shoots will appear from near the bottom set of leaves. 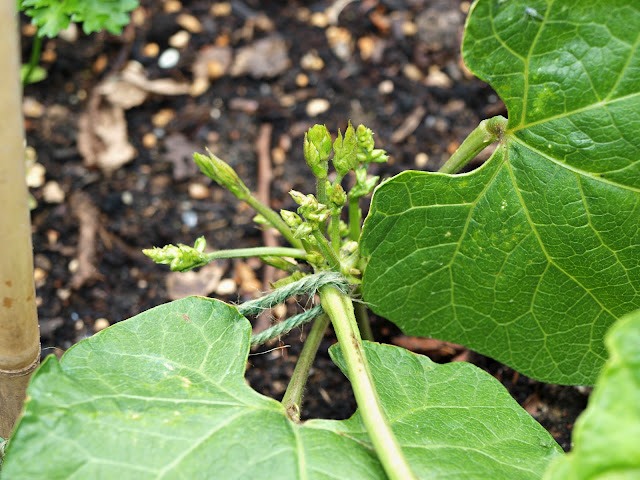 In fact, some people advocate pinching out bean plants when they get to about 12 inches tall, and relying entirely on the sideshoots.

In order to make maximum use of the space available I have planted a group of lettuces near the two ends of my row of beans. 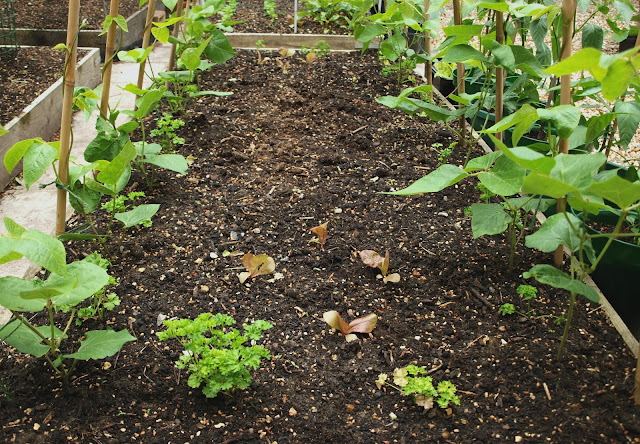 Hopefully they will grow big enough to be worth harvesting before the foliage of the Runner Beans gets so dense that it completely blocks out their light. The lettuces are a red-tinged Butterhead variety called "Marvel of Four Seasons". 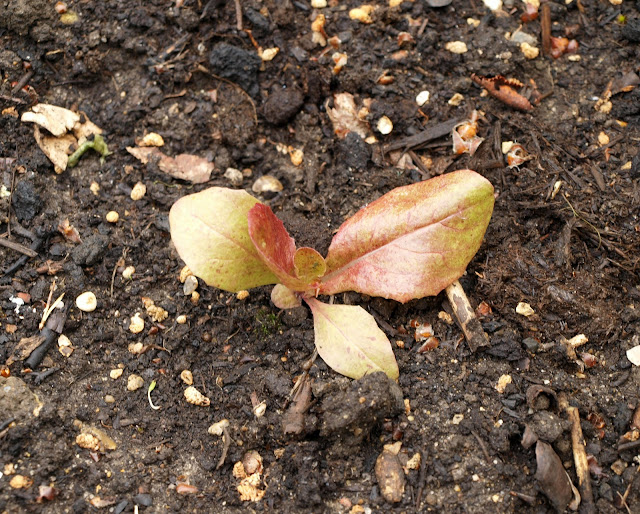 More on a similar theme tomorrow... 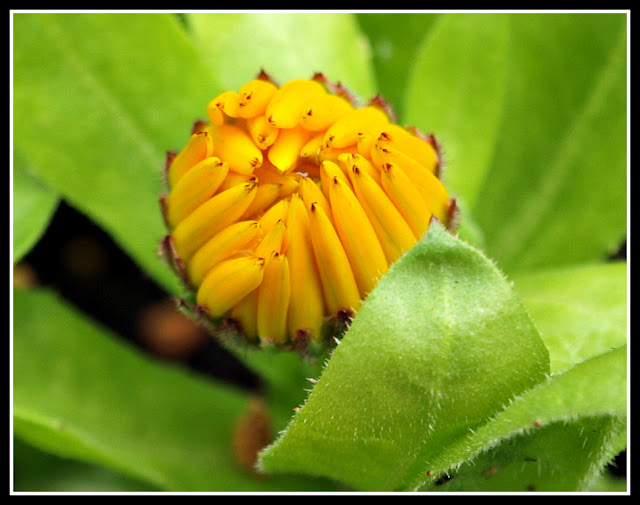