A brief window of sunshine!

Hooray, we had some sunshine at last! (Though it looks as if we are going to be back to rainy weather again very soon.)

I really wanted to post some photos that didn't show things all wet and windy, so yesterday I was out in the garden photographing practically everything in sight! The potted plants on the patio were my first prey.

Let it never be said that I grow nothing but vegetables... 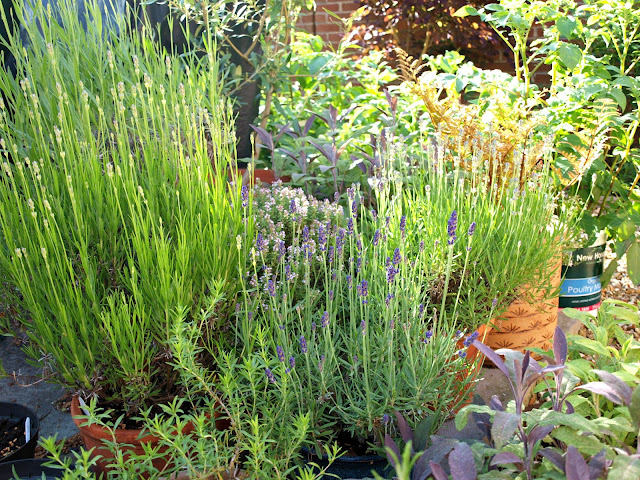 ﻿The Golden Dogwood looked very dramatic in the morning sunlight 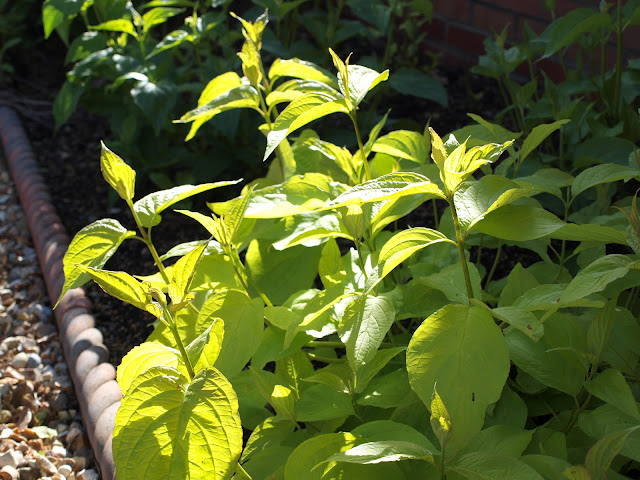 The Chives looked rather bedraggled, still being whipped-about by the gale-force winds, but nevertheless grateful for the respite from the prolonged rain. 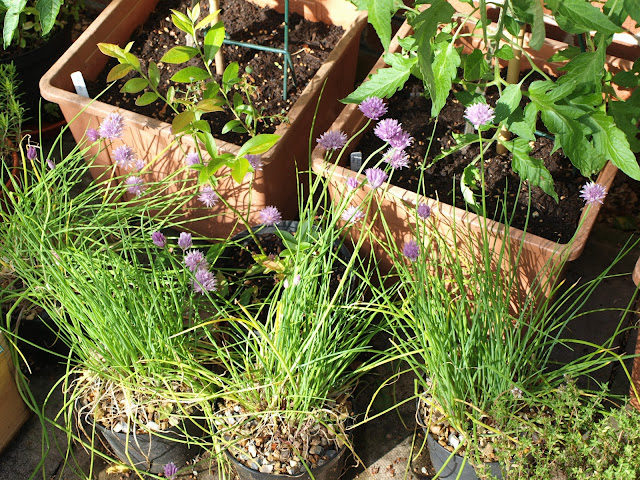 The pots of French Beans appear to have survived unscathed: 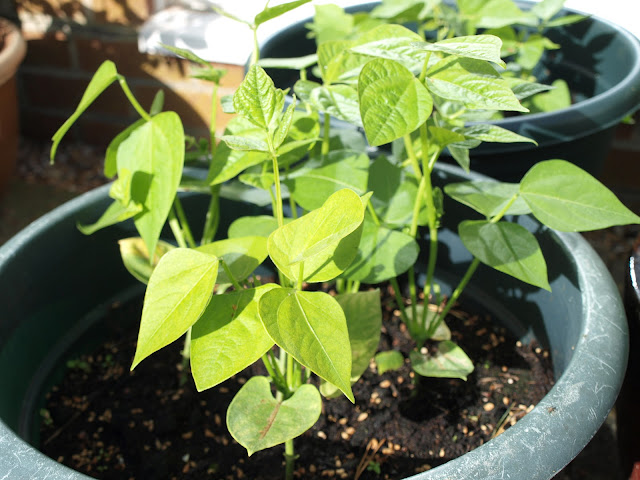 I have cut down most of the Aquiliegia before it had a chance to produce seeds, but I'm glad this one still remains, because it has allowed me to produce a light-and-shade effect photo - which is one of my favourite styles. 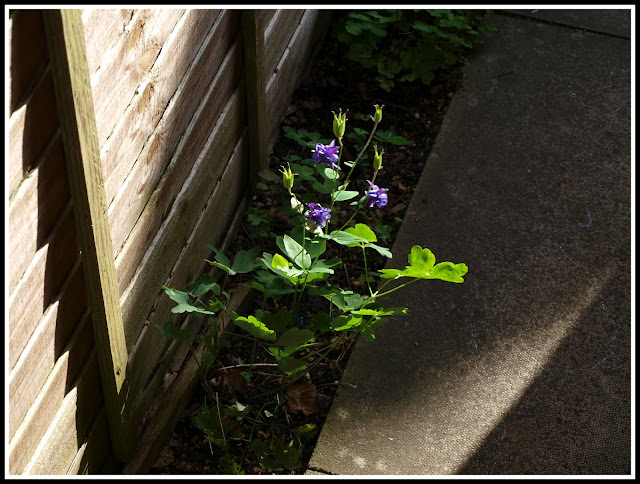 Lots of the little apples have fallen (or been blown) off the tree, but that is actually quite normal - it's an effect called "The June Drop", whereby the trees shed some of their immature fruit in a sort of natural thinning exercise. Presumably they instinctively know how many fruits they think they will be able to support. Although my apple tree nearly got the chop last year it looks as if this year I might actually get one or two decent fruits. 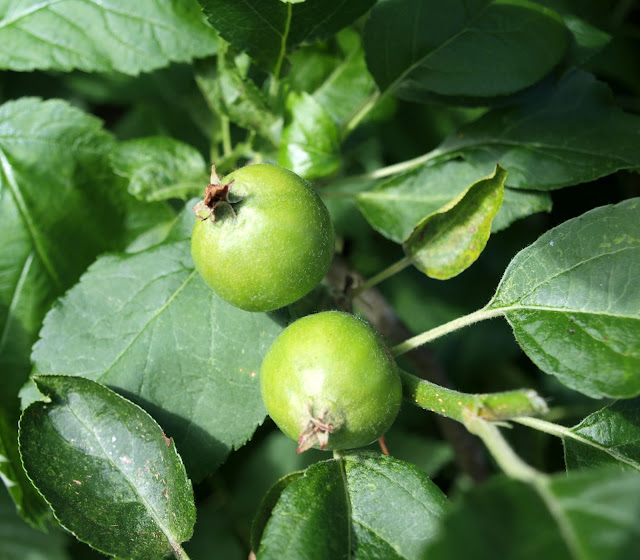 My photo of the Kohlrabi makes it look huge, but it's actually about the size of a large marble! 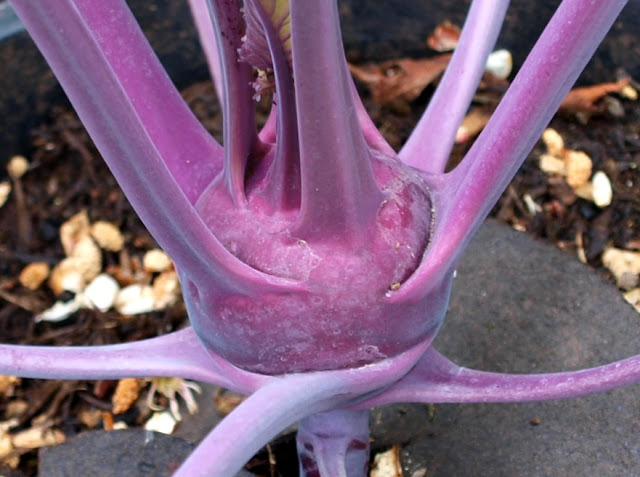 But what about this, eh? Impressive, or what? 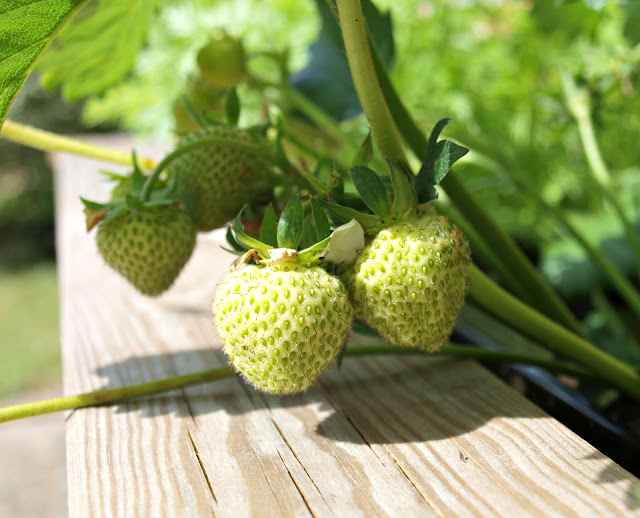 I'm wondering if I'm going to need to net those before they ripen... It would be a shame to let my resident squirrel snaffle them up.

On the patio my planter full of Calendulas is beginning to be noticeable. 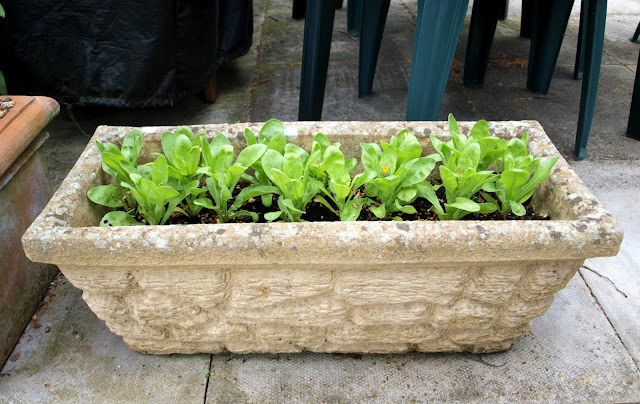 A couple of the plants have buds on them now, so I'll finish my post with this close-up photo. I think it makes the bud look a bit like a huge bunch of bananas. (Yes, I do have a vivid imagination...) 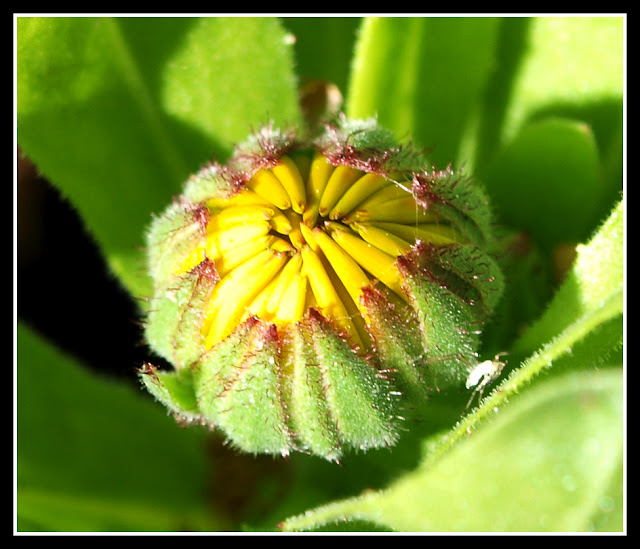 Is that an aphid at the bottom right corner, or perhaps a tiny spider?
Posted by Mark Willis at 17:30