The first cucumber of the year

Last year my cucumbers were a dismal failure. I grew the outdoor variety "Marketmore", which had done well for me the previous year. In 2011 I got only one cucumber fruit, and it was small and bitter. This year I have tried a different approach. I have gone for "Iznik", a so-called cocktail style of cucumber (also known as the Lebanese cucumber). This type grows on small plants and produces small fruits - about 5 or 6 inches long, as opposed to the "normal" 12-inch ones. 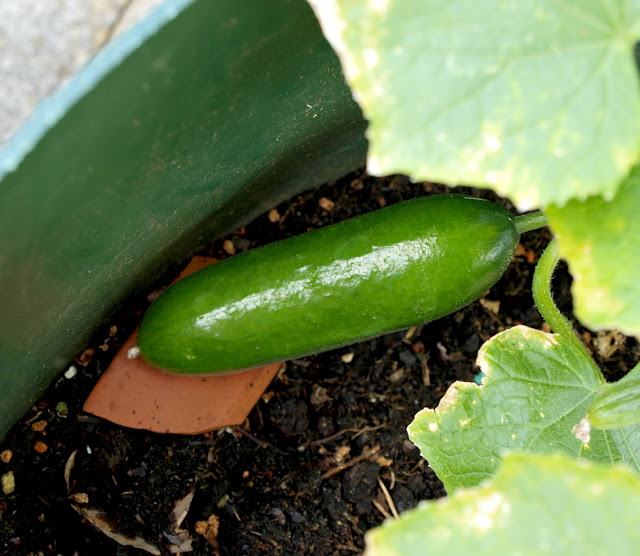 Never having grown this type before I was unsure about when to pick them, but fortunately the seed packet had a good illustration on it, and I used this as my guide. 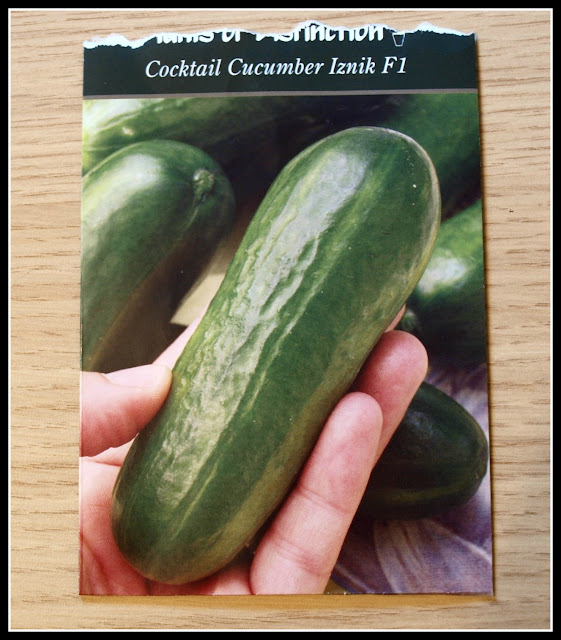 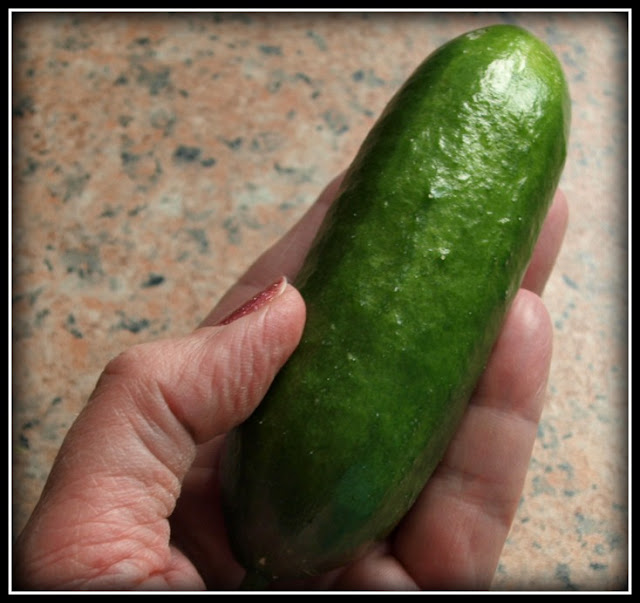 And here's a more scientific indication of its size. You can see that it measured approximately just over 4"  - let's say 11cm. 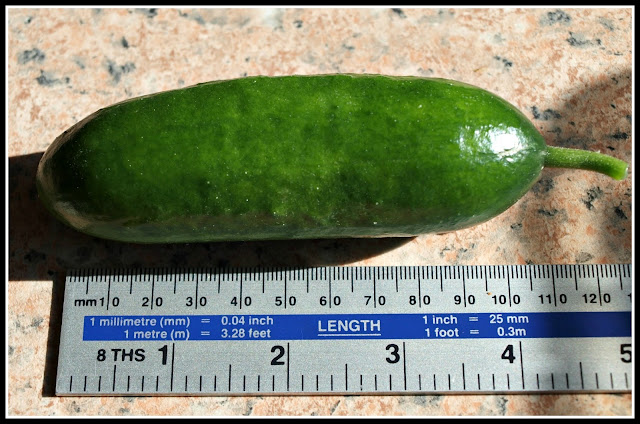 ﻿
We ate this cucumber literally as a cocktail fruit. I sliced it into quarters lengthways and we ate these dipped into salt, alongside a drink before dinner. It was really nice: firm and crunchy; not too many seeds; not indigestible. I think I can afford to let the next ones get a little bit bigger though, but at least I now know what to expect. 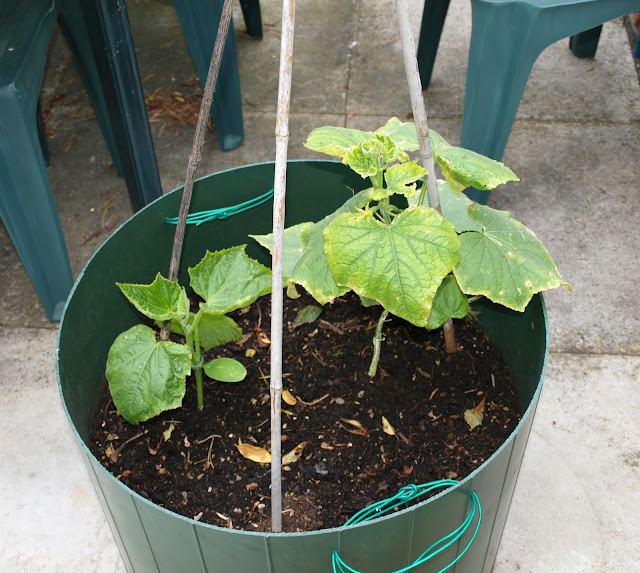 The fruit I harvested came from a plant that looks far from healthy (on the right in the photo above), but the second plant, raised much later, (left) looks better, so there is reasonable hope of more fruits to come. Actually the older plant already has 5 more tiny fruits developing.

You can probably guess from the tripod support arrangement that I installed that I had originally planned to have three plants in that tub, since they were never likely to get very big. There were only six seeds in the packet I bought, and I sowed them all. One rotted before germination, and three more died before reaching maturity. These were expensive F1 seeds so I can't save my own for another try next year. Can anyone recommend a good non-F1 Lebanese cucumber that is available in the UK?

This week I was invited to submit the details of my blog for the Achica Blog Awards 2012 competition, which is being judged on 12 July. This is a great competition for bloggers representing 7 different categories (including Gardening, and Food and Drink).The winners of each category win a prize worth £500 and the opportunity to shoot to fame by writing a guest post on the high profile and very smartly-produced Achica.com website. For those of you who don't know Achica.com, this is how they describe themselves:

"ACHICA is the UK's first members-only home and luxury lifestyle store where members can enjoy luxury brands combined with excellent value for money. Members can save up to 70% off RRP on leading Home, Lifestyle, Fashion, Food and Drink, Art and Object, Childrenswear and Nursery and Travel, through 48 and 72 hour promotions, with many well-known and new exciting brands included."

The top three blogs in each category (as judged by a panel of experts) go forward to a public vote, so if (IF...) I get through to that stage, I hope I will be able to count on your vote! :)

The winners will be announced on Friday 20th July.
Posted by Mark Willis at 17:30