Here's a little insight into another garden pest - the Froghopper. Its presence is normally signalled by the appearance on your plants of a white frothy substance often known colloquially as "Cuckoo Spit". 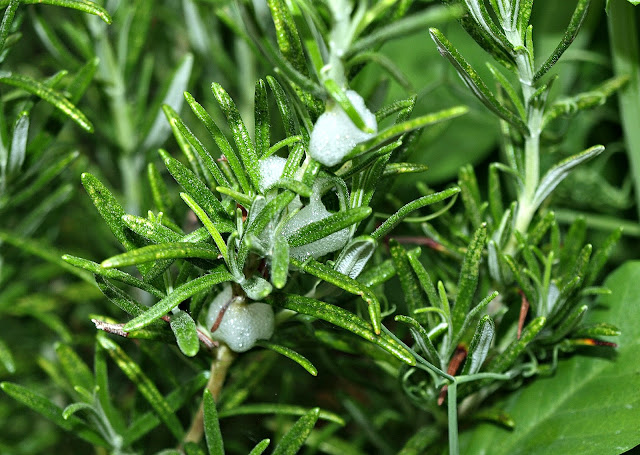 The blobs of froth usually appear near the tip of a plant shoot - in other words, the juiciest bit of the plant.
Inside each blob there is a nymph of the insect called a Froghopper or Spittlebug. The Froghopper nymph  feeds on the sap of the plant and uses it to create the froth which conceals the nymph and stops it from drying out. [Did you know that an adult Froghopper can jump 100 times its own length??]


To give this thing some scale, here is one crawling along my stainless steel Widger tool, which is six inches long. 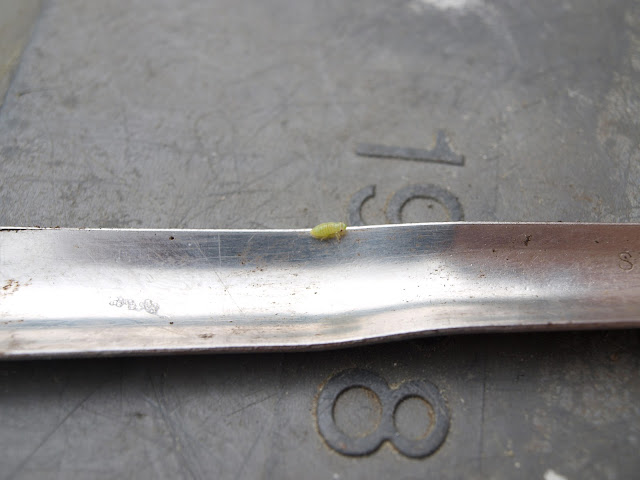 The culprit "legs it" and makes a bid for freedom... Did he escape??? 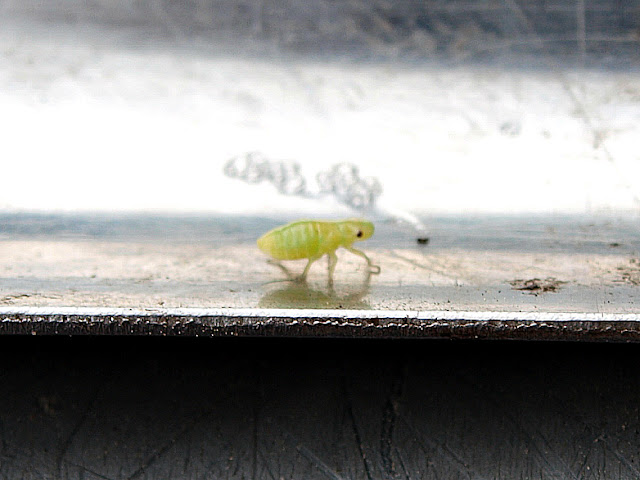 Interesting as these bugs may be, I still regard them as pests to be eradicated. Their sap-sucking antics damage the plants on which they feed, leaving them with deformed, brown tips. If there are just one or two, I usually ignore them, but if there are lots I disperse their froth with my fingers, or wash it off with a hosepipe (when that is allowed!)  The disappearance of their froth means that the nymphs dry up and quickly die.

While we're on the subject of pests... the Blackfly aphids are already putting in an appearance. They have a particular liking for the tender young shoots of bean plants, such as this Runner Bean. 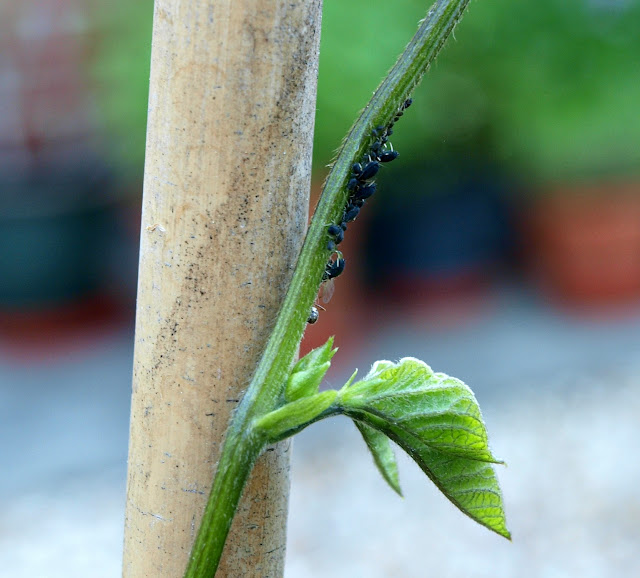 The Blackfly suck the sap from the growing tips of the beans, which can stunt their growth. I therefore try to eradicate the Blackflies before they get too numerous. I use a proprietary bug-killer spray for this, because I have found that nothing else works. Some people advocate using a soap spray, but I have found this to be ineffective.


To prevent Blackfly infestation on Broad Beans, many people advocate pinching out the tips of the plants (which are edible, by the way - just wash them very thoroughly before you eat them), simply to deprive the aphids of their favourite fodder, but experience tells me that Blackflies are not stupid: if they can't have their favourite food, they go for the next best thing - i.e. the slightly less attractive parts of the plant, just a bit further down the stem!

I've also noticed a few of the Beetroot leaves are showing signs of Leaf-miner infestation: 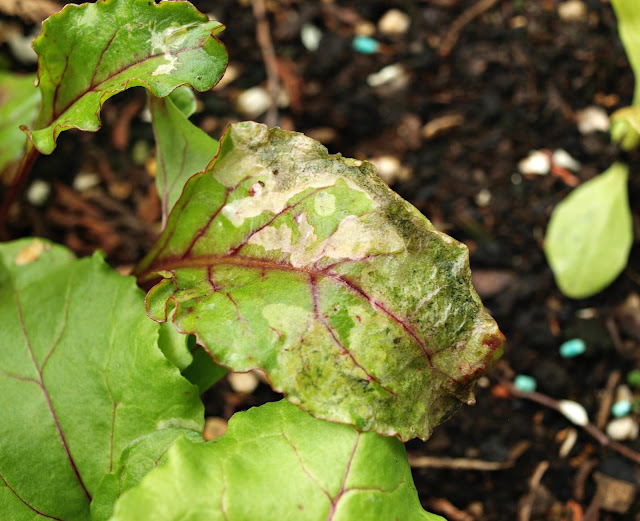 Leaf-miners attack not only Beetroot, but also Chard, Spinach, Parsnips, Celery and Celeriac. They bore into the leaves of these plants, eating the juicy bits so that only the papery skins remain. The damage they cause is unsighlty but rarely fatal, so I tend to just pick off the worst-affected leaves and just let the insects get on with it.

Gardening is a constant battle, isn't it?
Posted by Mark Willis at 17:30