You may remember that I wrote about Ferns in general a couple of weeks ago, and in that post I made a brief reference to the one called Dryopteris Erythrosora, which is definitely my favourite. At this time of the year it is putting up spectacular new fronds, which have for me a peculiar fascination. They grow rapidly and change their appearance more or less on a daily basis. 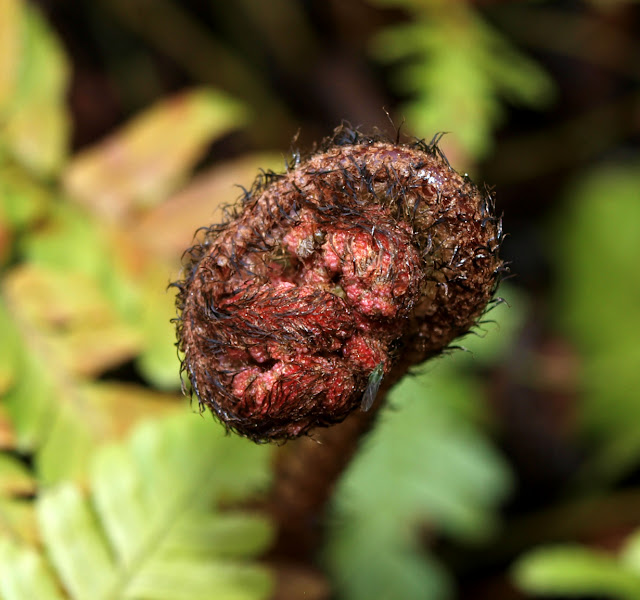 A few days ago, whilst I was reorganising all my potted plants I saw that my special fern was in need of a bit of smartening-up. 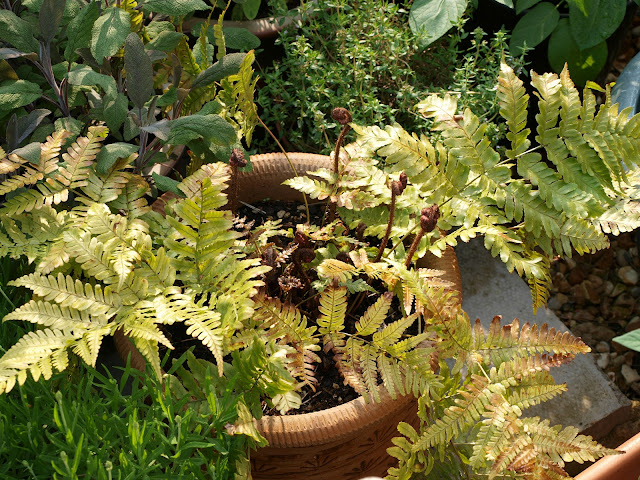 I removed the last few remaining brown and shrivelled fronds from last year to make space for the great mass of new fronds that is emerging. 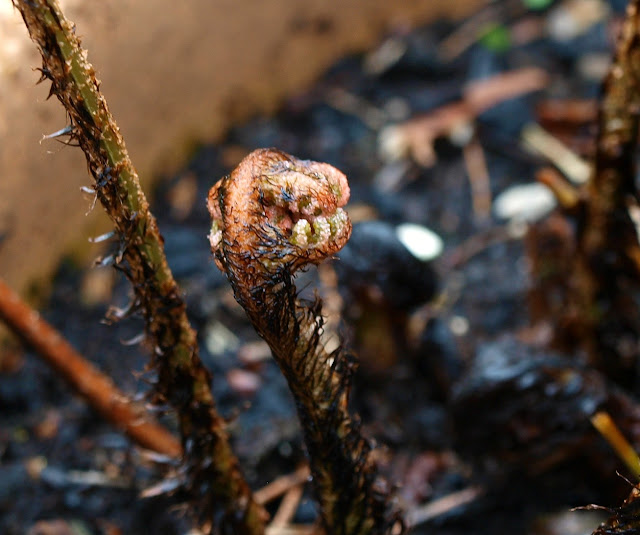 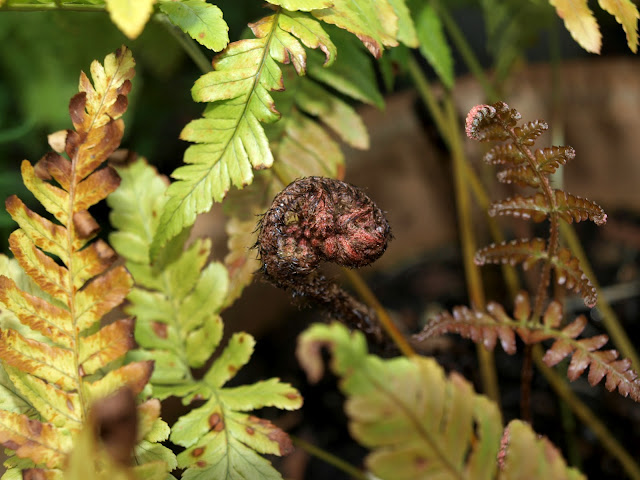 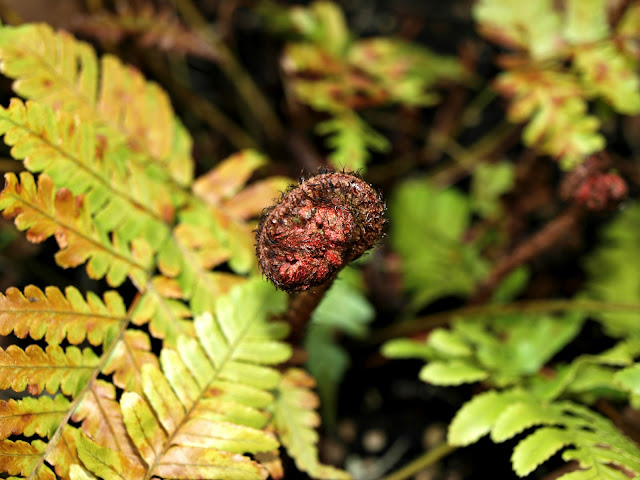 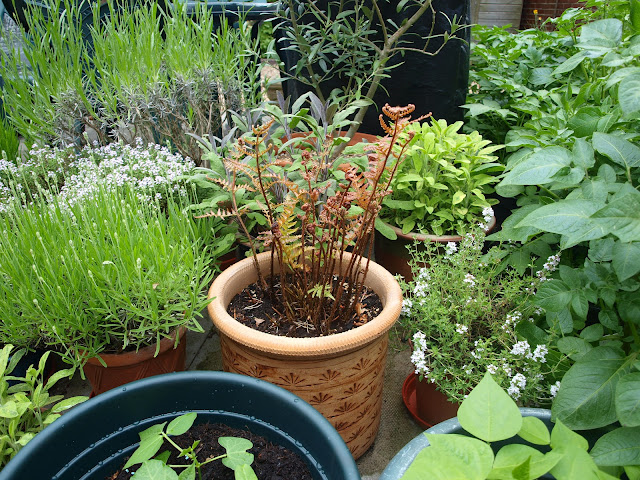 There must be at least 25 new fronds on the plant already, and I know that more are likely to appear later in the Summer. 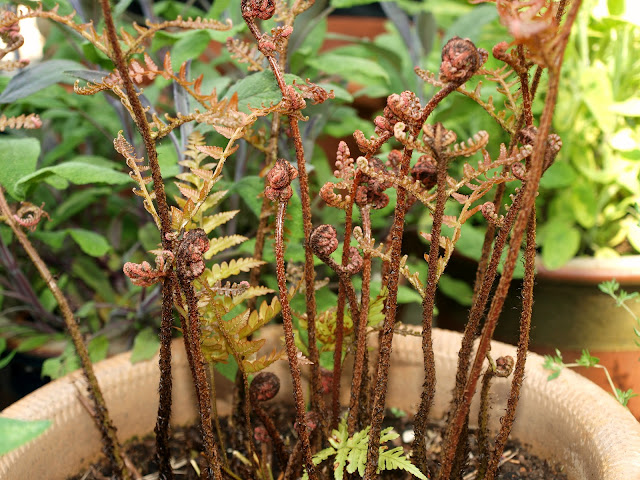 These new fronds change colour from matt reddish-brown, to glossy bronze and then to muted green as they mature. 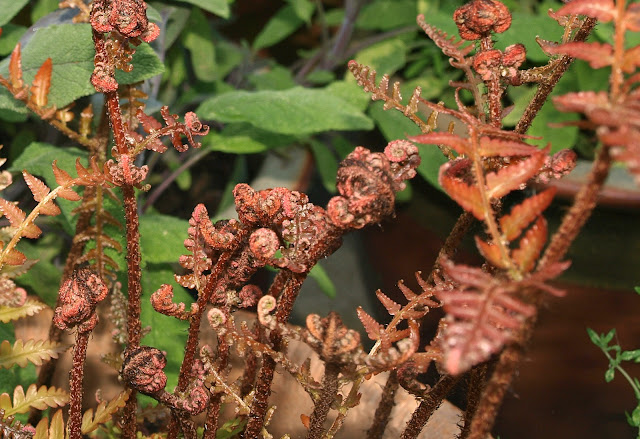 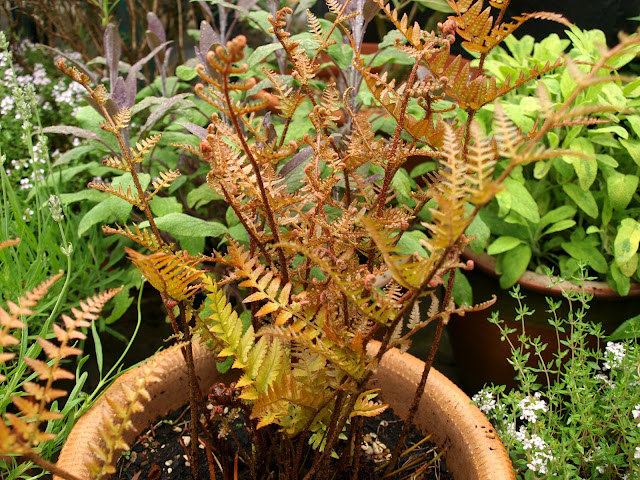 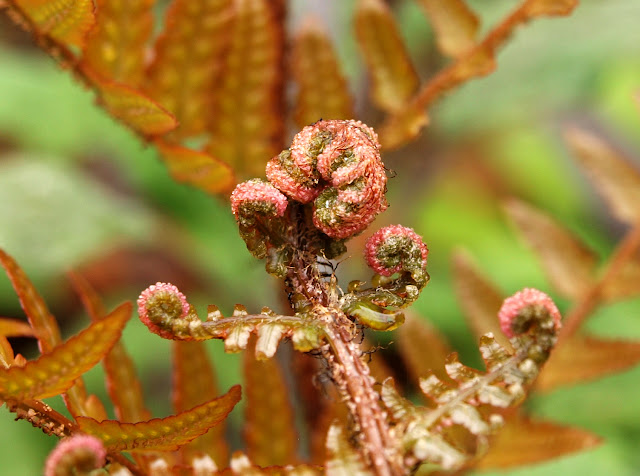 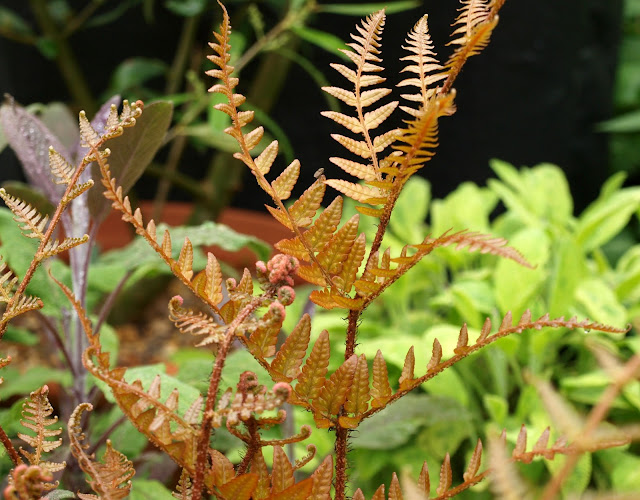 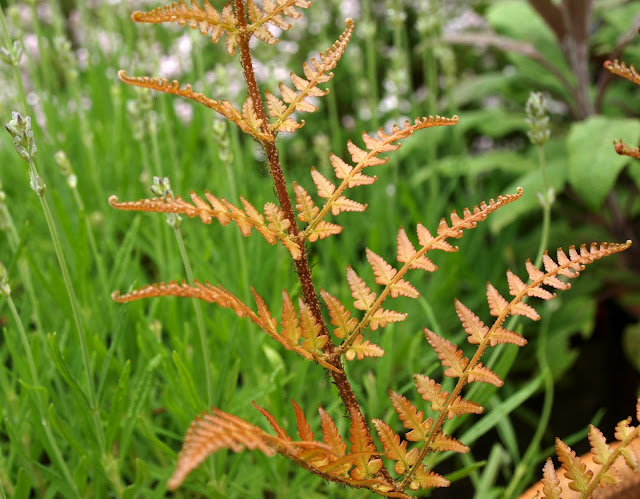 One of the good things about ferns is that they need very little maintenance. Just put them in the right location and let them carry on, trimming off any excessively ragged fronds from time to time. The Dryopteris Erythrosora is said to dislike full sun, especially in the middle of the day, but I suspect that our conditions here in the UK would not present too many problems for it in that respect!

I'm bound to be posting more photos of this one later on!
Posted by Mark Willis at 17:30