Winter veg in the offing...

Now that Autumn is here, I'm thinking about Winter veg...

I have three Red Cabbages ("Marner Langerrot") in one of the raised beds. They seem to have grown incredibly slowly. At last one of them is showing signs of producing a viable heart. The outer leaves are a bit holey though. I wasn't able to incorporate them in my anti-butterfly precaution scheme (aka "net"!) 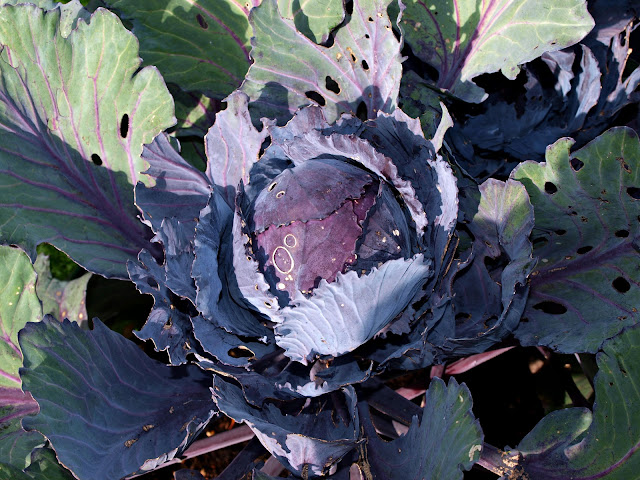 Some of the Cavolo Nero is looking quite promising too. This one is the only plant that wasn't attacked by the Cabbage Root Fly in August, so it is a long way ahead of the others (though they did recover and are looking OK, though small, now), but I expect it to go darker and crinklier as the weather gets colder. This is a plant that is almost too good-looking to be a vegetable! It's an ideal one for the "potager" garden  - one that is both ornamental and productive. 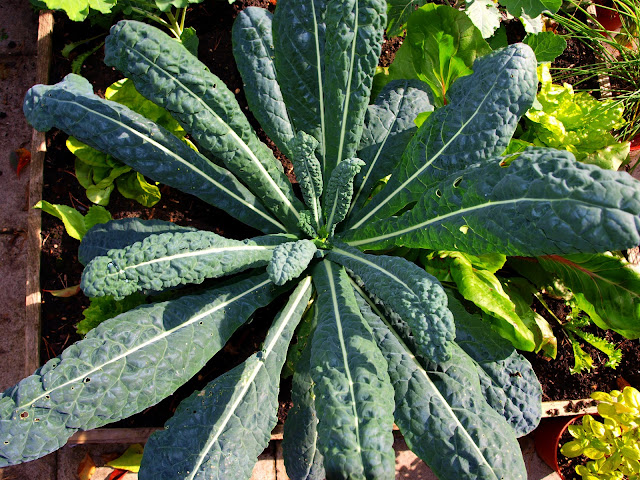 ﻿Here is one of the Broccoli plants that nearly succumbed. It looks healthy enough now, though still a lot smaller than I would have hoped for this time of the year. 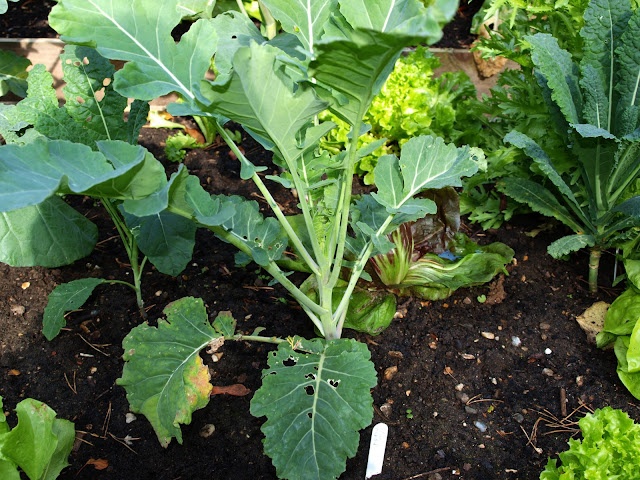 The two Broccoli plants that were unaffected by the Cabbage Root Fly are about three times as big. In this next photo you can see the two big ones in the centre, with two more much smaller ones at each end, by the bamboo canes. Maybe the Cabbage Root Fly attack will turn out to be a blesssing in disguise, because I may have broccoli maturing at different times next Spring, which would be very convenient. 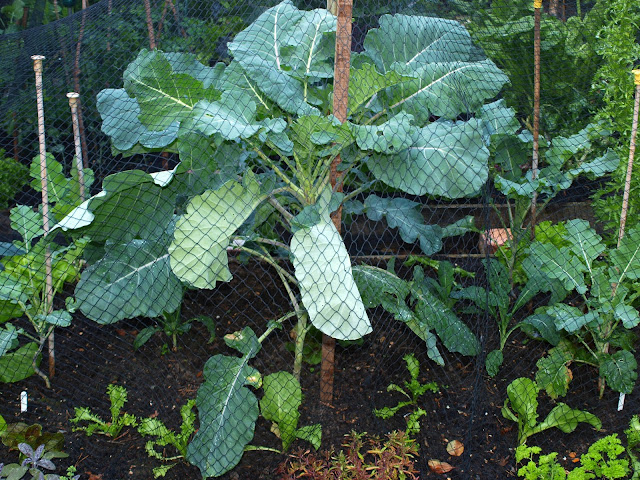 The Flower Sprouts are getting big, and I think they are just beginning to produce their first sprouts, though these won't be mature until about Christmas, I think. This is unknown territory for me... 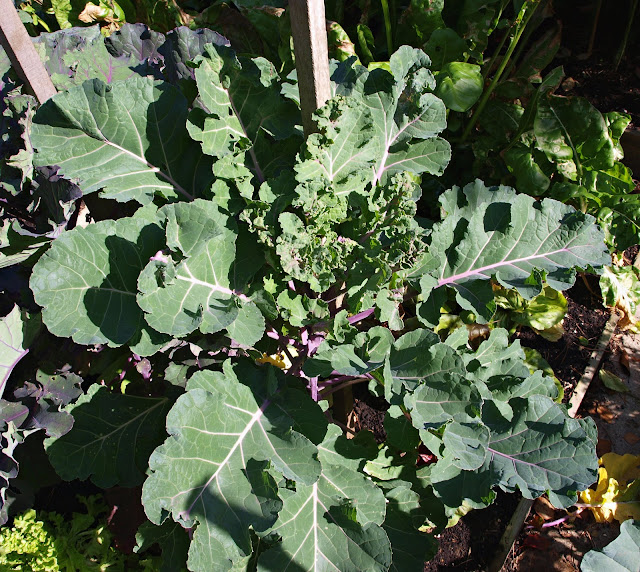 I am tempted to harvest the first Celeriac. It is already a lot bigger than any I have grown previously, though I have to admit that it is still disappointingly small. The trouble is, I don't think it is going to get much bigger.  Maybe next time we are cooking a beef stew or some venison steaks we'll have potato-and-celeriac mash? Yum! 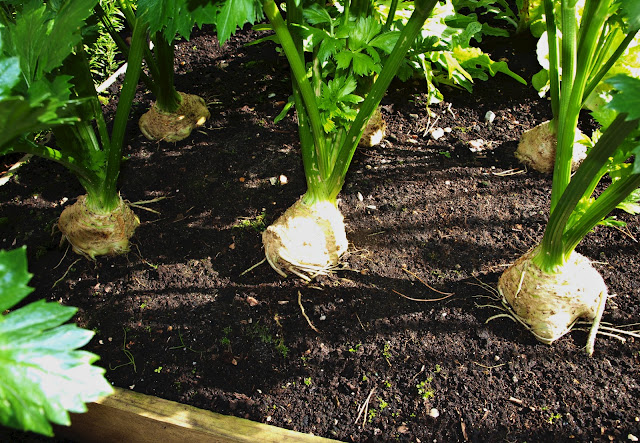 At the weekend I had a close look at the parsnips, scraping the soil away to inspect one or two. I reckon they are big enough to be worth harvesting already, but they are allegedly sweeter after the first frosts, so I'll try to resist digging them up for a little while longer. Parsnips quite happily survive very severe conditions and it will be nice to keep something in reserve for when all the beans and salads and suchlike is finished.
Posted by Mark Willis at 17:30