A couple of days ago I harvested some of my late-planted potatoes. These ones, of the salad variety called "Charlotte", were planted only after the first of my Earlies were harvested (simply because I didn't have enough pots, or room to put them). They have grown more quickly than their predecessors - presumably because of the warmer weather. 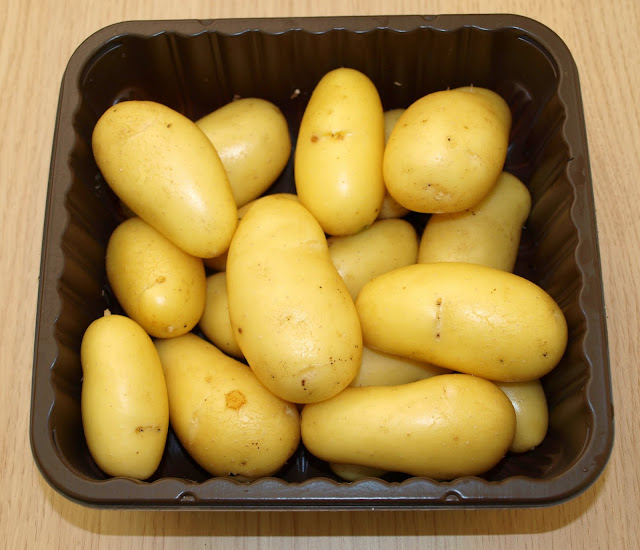 They are lovely clean tubers, aren't they? They are good examples of the classic kidney shape that characterises Charlotte. Only one of them had any sign of scab, and that was miniscule. I'm well pleased with these.

This is what the plants looked like before harvesting. The flowers had fallen off and the leaves and stems (jointly known to gardeners as "haulm") had begun to turn yellow. 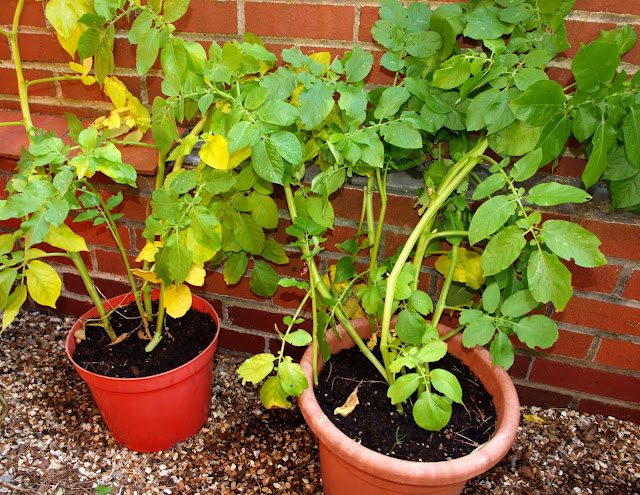 I think if I had left them a couple of weeks longer I would have had a slightly bigger harvest, because there were several still very tiny tubers on the plants, so I have decided to try an experiment - re-planting them. I carefully re-planted the plants in big pots of moist compost, trying hard not to knock off the tiny tubers still attached to the roots. It's possible that the plants will re-grow, and produce new leaves and tubers, but even if they don't I won't have lost much. If the experiment succeeds I might have home-grown new potatoes in November! Since they are in pots it should be relatively easy to protect them from frosts. 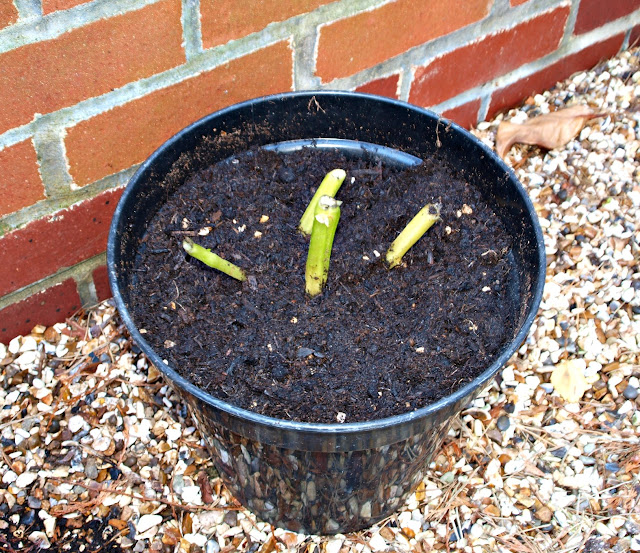 ﻿P.S. Yesterday I found a new source of potato-growing containers - our local butcher's shop. They get things like "Chinese marinade" in huge plastic pots, which normally get thrown away. The butcher was quite happy to let me have one, and more in the future on request. I only took one initially because I want to be sure that I can remove all traces of the pungent marinade before I start growing veggies in the thing!
P.P.S We're off on holiday for a few days now, so I won't be doing any commenting for a while, though if Blogger does its thing you will be regaled by daily posts from me as usual.
Posted by Mark Willis at 17:30