Right now I have lots of tomatoes ripe and ready to use, with lots more coming on too. More than we can eat in fact, so we have been making some of them into sauce to freeze for later use. Some people might think that this is difficult, but I disagree. This is how I do mine...

Start with nice tasty home-grown tomatoes - as many as you think will fit into your biggest saucepan. 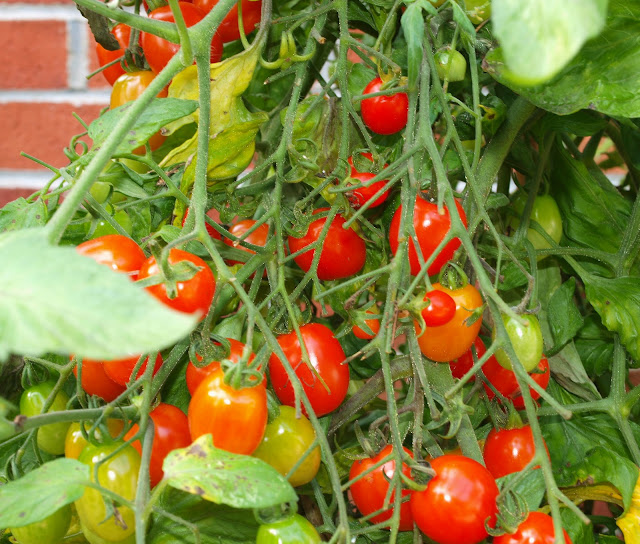 Peel and chop a couple of onions, and soften them a bit in some vegetable oil in your big saucepan, using a gentle heat.

Meanwhile, roughly chop your tomatoes. I used a mixture of red, yellow and green ones. 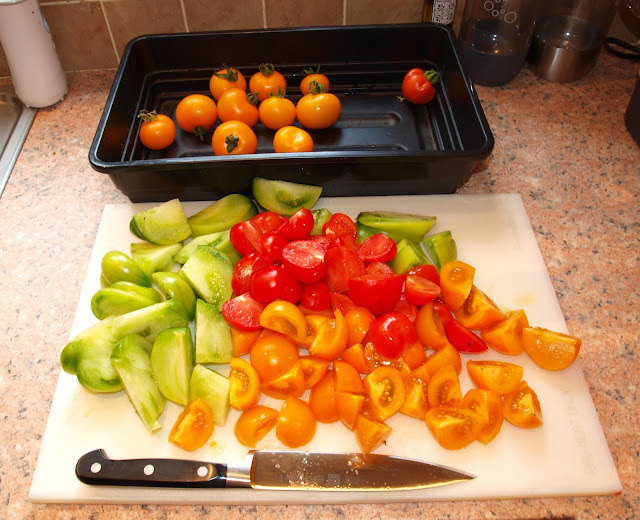 When the onions are soft, but not browned, add the chopped tomatoes to the pan, along with any flavourings you want to use (I added a couple of springs of fresh Oregano and one red chilli). 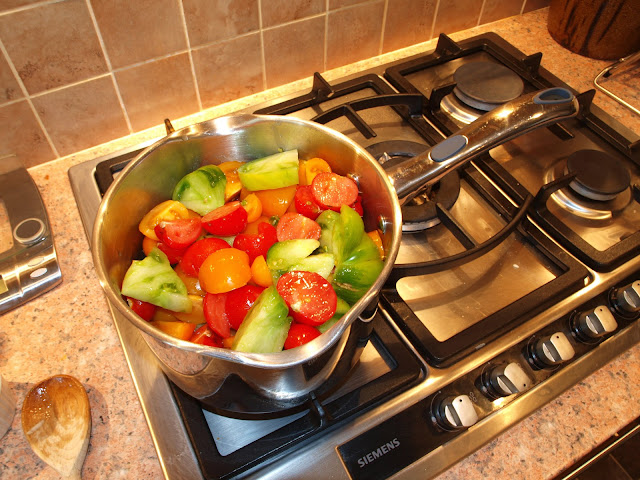 Simmer gently for about an hour and a half, by which time the tomatoes should have completely broken down to a pulp. Allow the pulp to cool a bit, then pass it through a "mouli-legumes" if you have one, or a coarse sieve if you don't. This will leave you with a quantity of juice. Rinse out your pan and put the juice back into it. Simmer again uncovered for about another hour and a half, or until the juice has reduced by about a half - this concentrates the flavour and gives the sauce a nice "gloopy" texture. 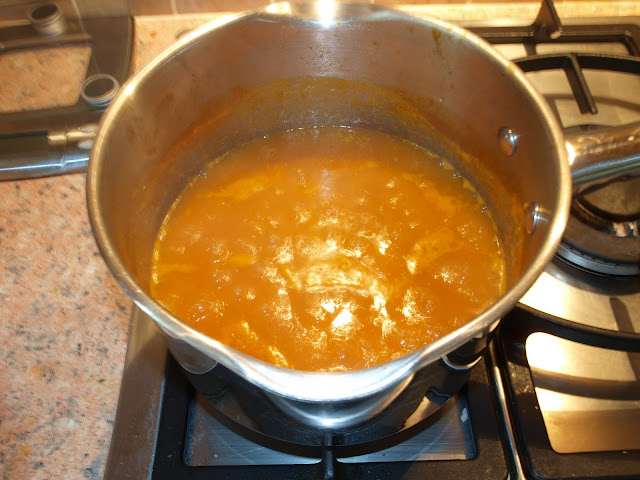 When the sauce is thick enough for you (this is a matter of personal preference), take it off the heat and allow it to cool before decanting it into suitable containers. Mine was destined for the freezer, so it went into a couple of plastic boxes. 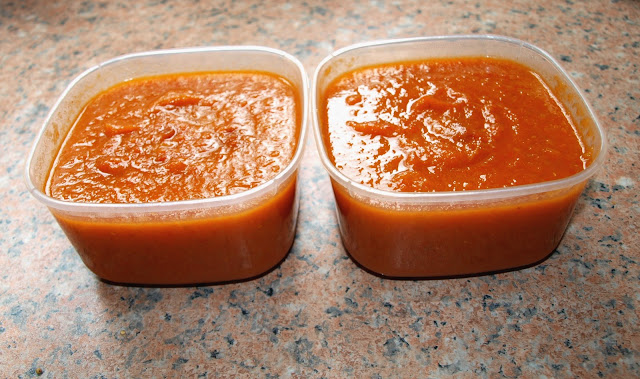 Since I made my sauce with a mixture of different coloured tomatoes, it came out a sort of deep golden colour. I think this is quite attractive, but if you don't like it that way, you could always add a bit of tomato puree to make it redder.

So you see, making tomato sauce really is easy. It takes a long time, but most of that time you don't have to do anything, just let it simmer. And believe me, the taste of home-made tomato sauce is incredibly good!
Posted by Mark Willis at 17:30