This year I have grown some "Cherokee Trail of Tears" climbing beans for the first time. I wanted to grow them mainly because of their historical significance. Allegedly beans of this type were taken along by the Cherokee indians when they were forcibly evicted from their homeland by white Americans in the 1830s and relocated to "Indian Territory" (part of modern-day Oklahoma). 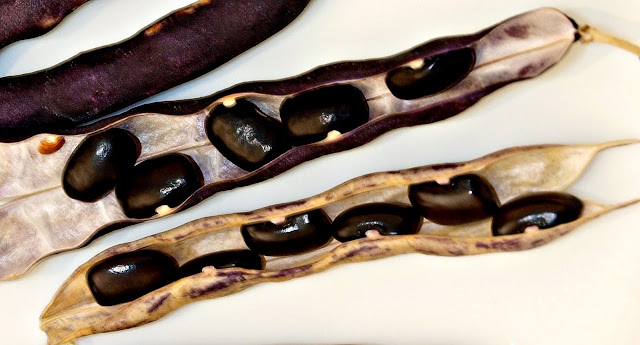 I had heard about these beans before, but they are not widely available here in the UK, and I had quite a hunt to get some. The first place I ordered from belatedly told me (after they had despatched the rest of my order) that they were out of stock, so I had to re-order from another supplier. The pack I eventually bought came from Pennard Plants. It only contained 25 beans, but was very reasonably priced at £1.50 (including postage!)

I grew them in exactly the same way as all the other climbing beans, supporting them with 8-foot bamboo poles. As it happens, they were the smallest of the 7 types of bean I grew this year, and would have been happy enough with 6-foot poles I think. They also did not produce very dense foliage. The pods however were very attractive, mostly turning a dark purple as they ripened, though some of them were quite light-coloured with only splashes of purple. 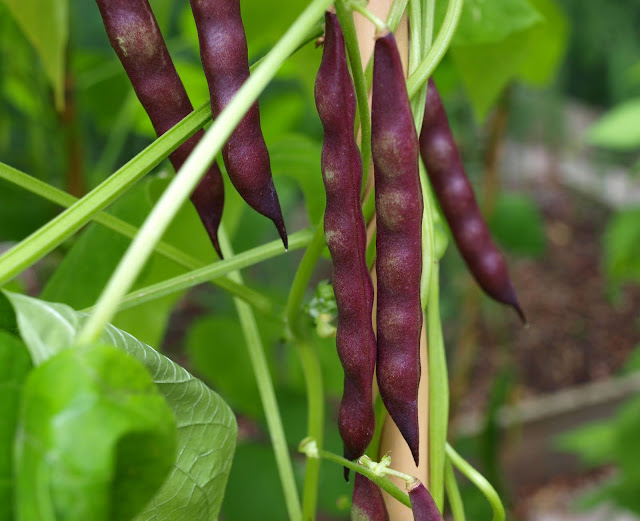 As the pods ripened they shrivelled-up and became dry. This plant is one of those with the lighter-coloured pods. 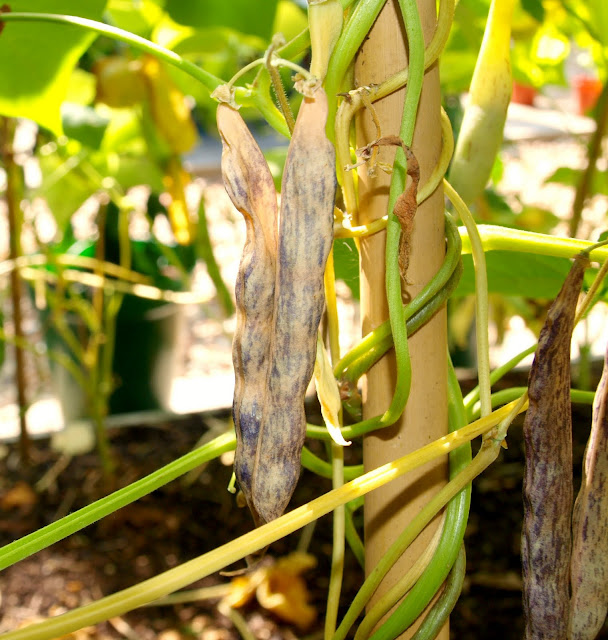 I picked a few of the pods today, just to see if it was worth picking them all. 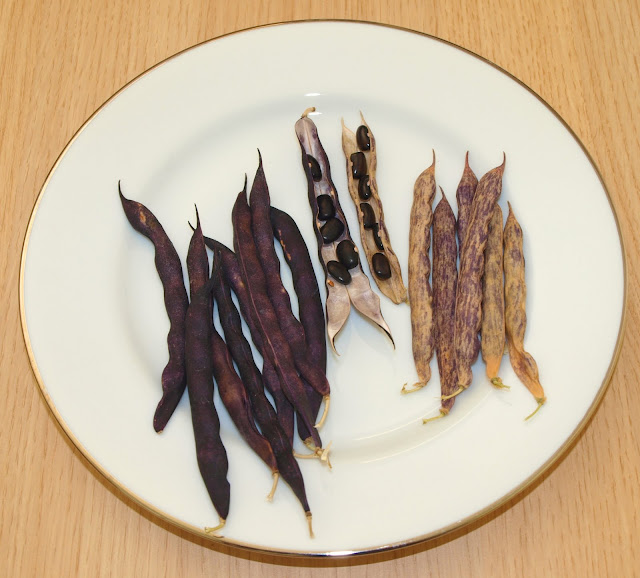 I judged that some of them were not 100% ready, (some of the pods were still slightly pliable, rather than "crispy"), so I will be leaving them on the plants for a few more days. 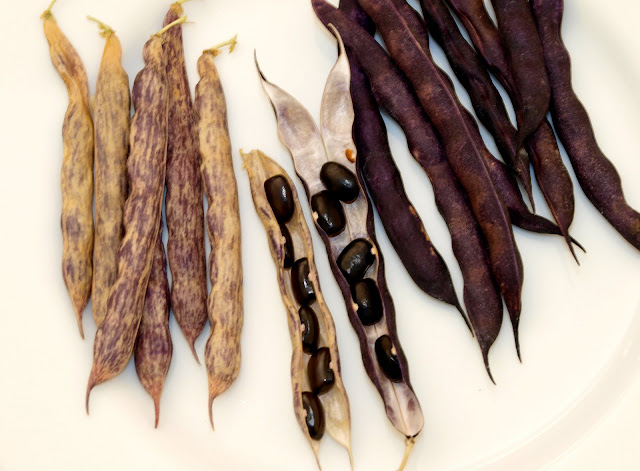 Next to the Cherokee beans, I planted a couple of "Mayflower". They seem to be a long way from ready still, but the pods look nice and plump.


I also have lots of Borlotto beans ("Lingua di Fuoco"), and their pods are really stunningly beautiful.


You can eat Borlotti in a number of different ways: if you harvest them really young, before any beans have formed inside the pods, you eat the pods just like Runner beans. You can harvest them at the "Flageolet" stage, when the beans are plump but not fully mature and the pods are fiery red; or you can leave them until the pods turn brown and then extract the beans and dry them completely indoors for cooking later on (you need to soak them in water for a few hours before cooking if you use them this way).
Posted by Mark Willis at 17:30