This year I have grown tomatoes of seven different varieties, some large, some small. If you had never seen a tomato before, would you believe that these three are basically the same type of fruit? The big one is Beefsteak, the little red one is "Maskotka" and the yellow one is "Tumbling Junior Yellow". 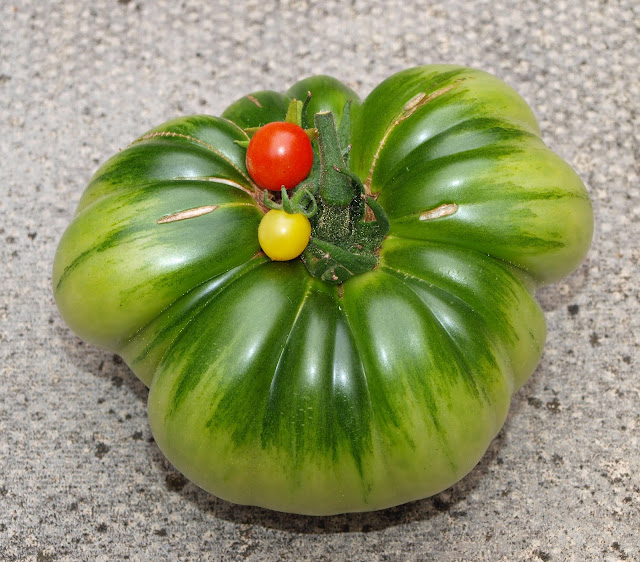 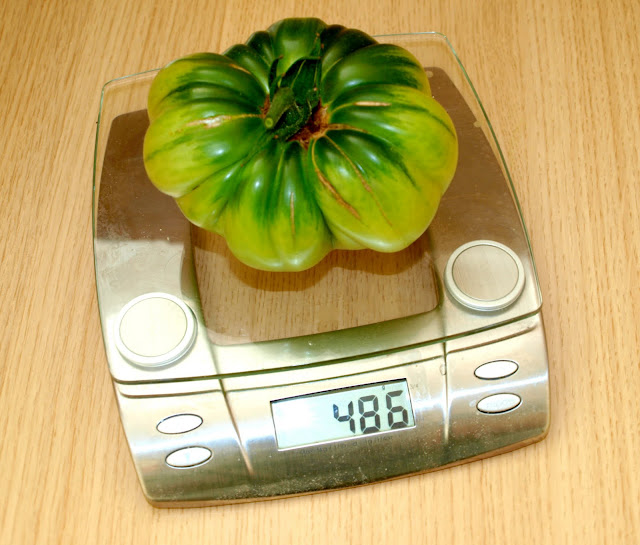 This is one from a batch of four such fruit, all picked from the same plant on the same day. 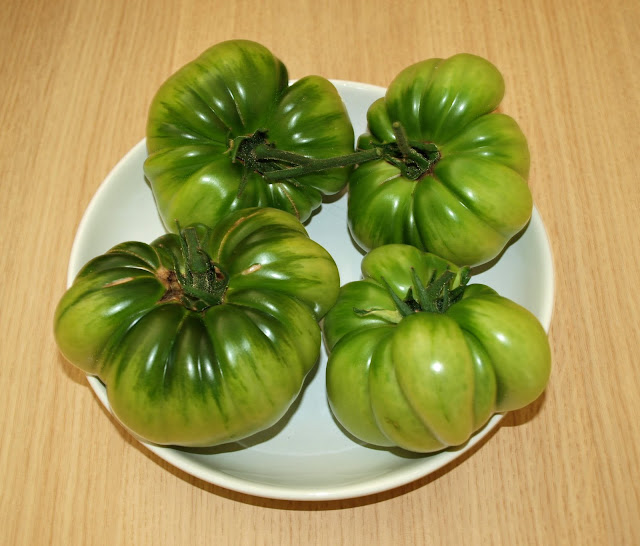 They were grown from a pack labelled "Rainbow Beefsteak" potentially giving plants with fruits of one of six different colours. I only grew two, and the both turned out to be green ones, and a friend to whom I gave another plant tells me that hers was also green. 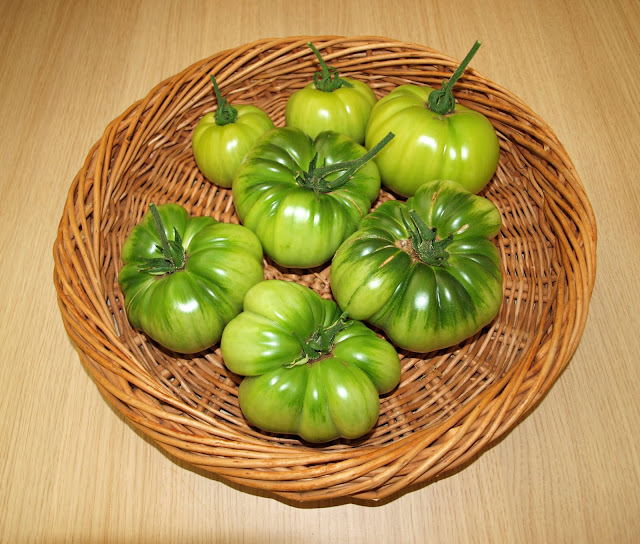 The three fruits at the back of the photo above are also Green Beefsteak, but from a different plant. You can see that they are smoother, and less enormous. Despite being green, they are (were) definitely ripe. Since this photo was taken, Jane has made them into a delicious sauce for eating with pasta. Actually, if you have any green tomatoes (not unripe ones, I emphasise), you might want to try making it yourself.

You make the tomato sauce in the same way as normal, by simmering the diced fruits with a chopped onion, a couple of cloves of garlic, a pinch of Herbes de Provence, and a little water.

You then pass the cooked veg through a mouli-legumes or a sieve in order to remove the pips and skins. But the star element of this sauce is that you now add some Basil pesto (Jane used a couple of cubes of our frozen home-made pesto). This gives it a wonderful flavour and aroma, and makes the colour a darker green.

A delicious but unusual sauce! When you see it, you expect it to taste of spinach, or peas, or broccoli - and then you try it and it tastes of tomato. A very odd experience. Perhaps I'm too conditioned into expecting tomatoes to be red, which is silly when I grow lots of different types myself.
Posted by Mark Willis at 17:30