The vegetables coming out of my garden now are some of the most colourful ones of the year. Just look at this: 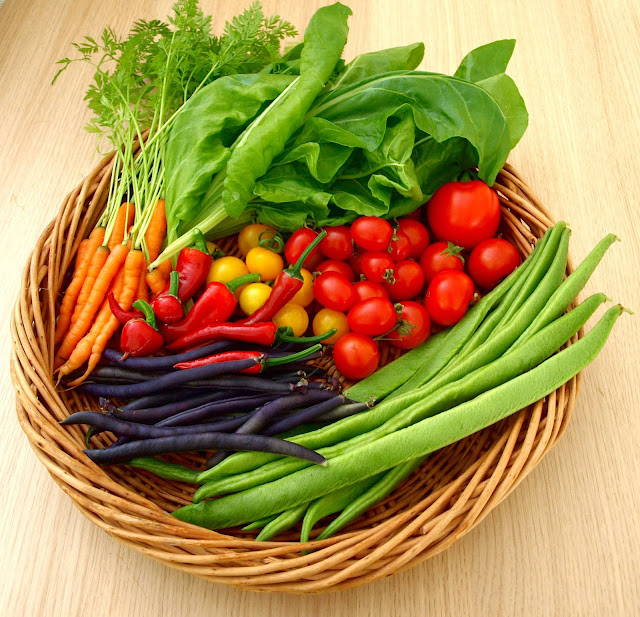 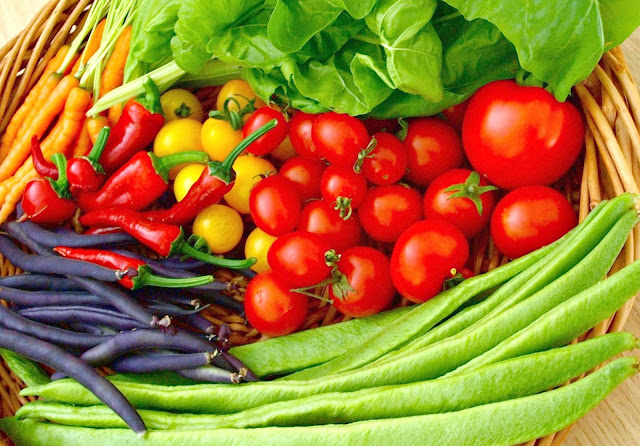 I was so pleased with the photos above that I went out into the garden the next day to see what else I could find. This second selection has red and golden beetroot, Swiss Chard and "Little Gem" lettuce (Oh, and some more tomatoes - these ones are "Ferline"). 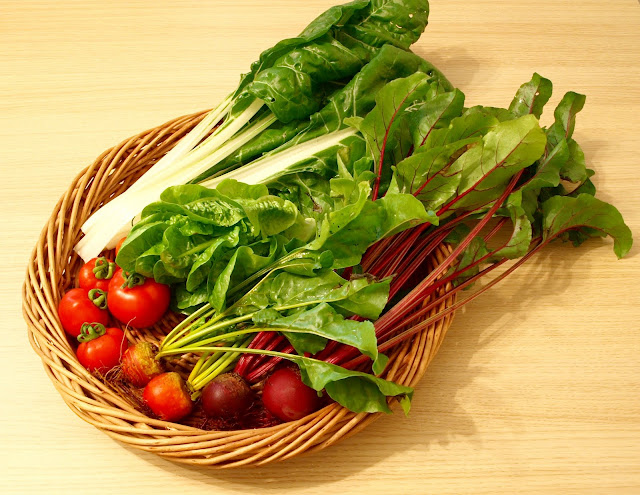 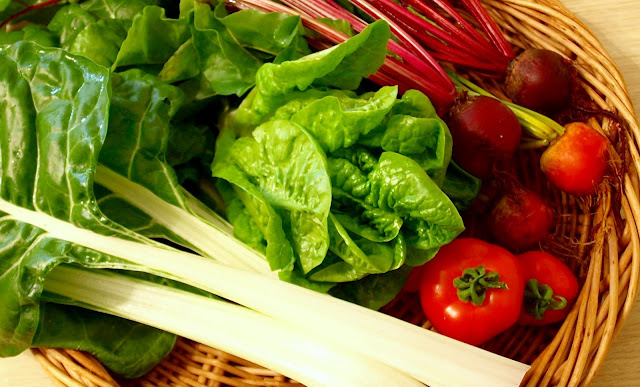 Let it never be said that vegetables are dull !